Thank you for following the broadcast of the fight between Mike Tyson vs Roy Jones. For more information go to VAVEL.COM
1:34 AM10 months ago 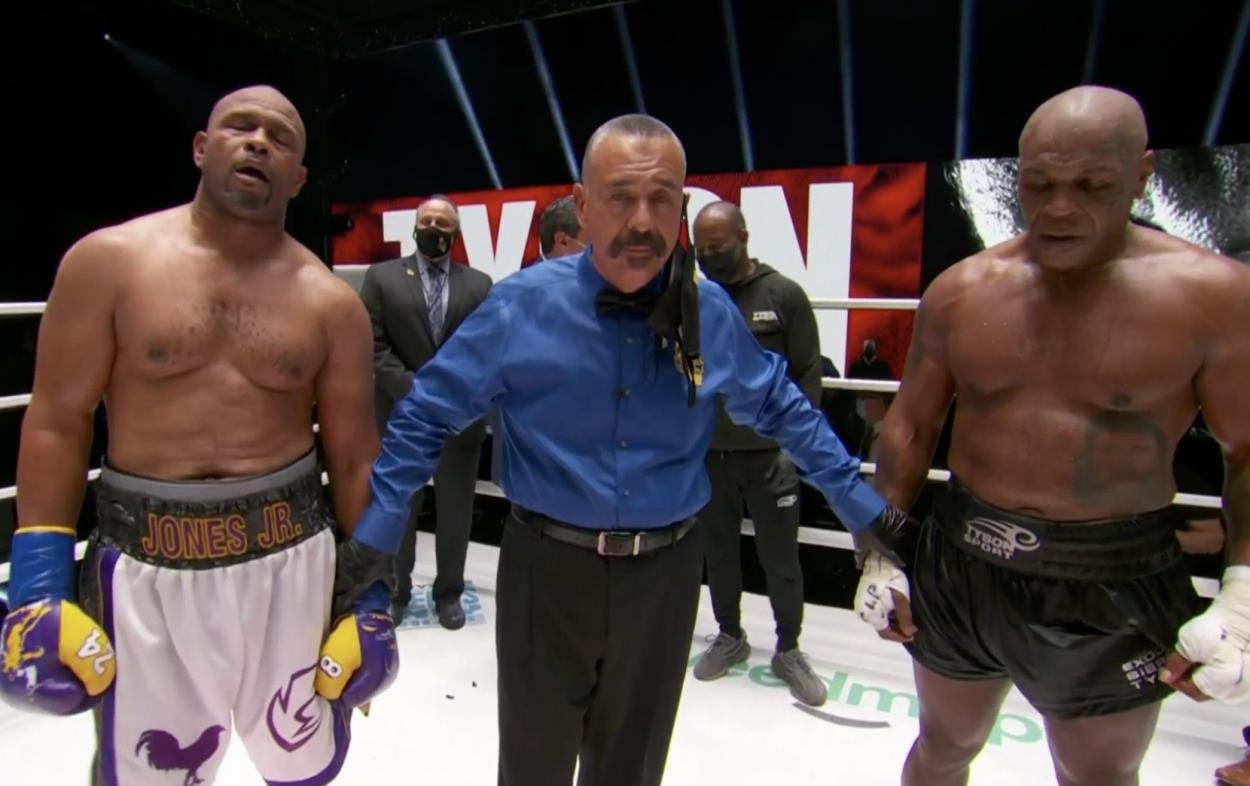 They will seek revenge

Mike Tyson said he was happy about the draw because the winners were the people who saw the fight and show. Both fighters offered each other words of praise.
1:29 AM10 months ago

Mike Tyson was in good physical condition and probably won't be his last fight, he could come back next year.
1:27 AM10 months ago

As said, after eight rounds it would be declared a draw at the end of the fight where they fought for 16 minutes and offered a good exhibition match.
1:23 AM10 months ago

Left-handed that connects Tyson in the face of Jones, who never changed his strategy and continues to tie the fight to the end of time. There is no official winner, but for cards Mike Tyson would take it.
1:20 AM10 months ago

Jones doesn't get out of another one, tie up and tie down. It looks worn out, but Mike keeps insisting on trying to win it by knockout.
1:17 AM10 months ago

Roy Jones looks very worn out and is still at his pace in preventing Tyson from having the distance to hurt him, he connected a couple of hooks without any consequences. So far no cuts or bleeding.
1:14 AM10 months ago

Jones has come out more determined and has started to spread the word a little more. Tyson continues to have good waist movements and his most effective strokes are still to the body with his hooks.
1:11 AM10 months ago

Mike Tyson with more waist movement and generated a right hook to the body that hurt Jones, who continues to look out of control and resorts to hugs and tying the fight.
1:08 AM10 months ago

Jones can't find the distance and has resorted to fouling up the fight. Mike Tyson took this seriously and if he has unleashed punches that have generated damage, however, for obvious reasons, he no longer has the same speed.
1:05 AM10 months ago

Straight right that Tyson connects where it has not looked bad for his age, Jones is the one who shies away from contacts a little more and has closed the fight.
1:02 AM10 months ago

Mike Tyson came out offensive, dealing punches and with more of an attitude of wanting to generate damage in front of a Jones who has looked a little more static and resorted to hugs to consume the last few seconds.
1:00 AM10 months ago

The battle between Tyson and Jones has begun
12:59 AM10 months ago 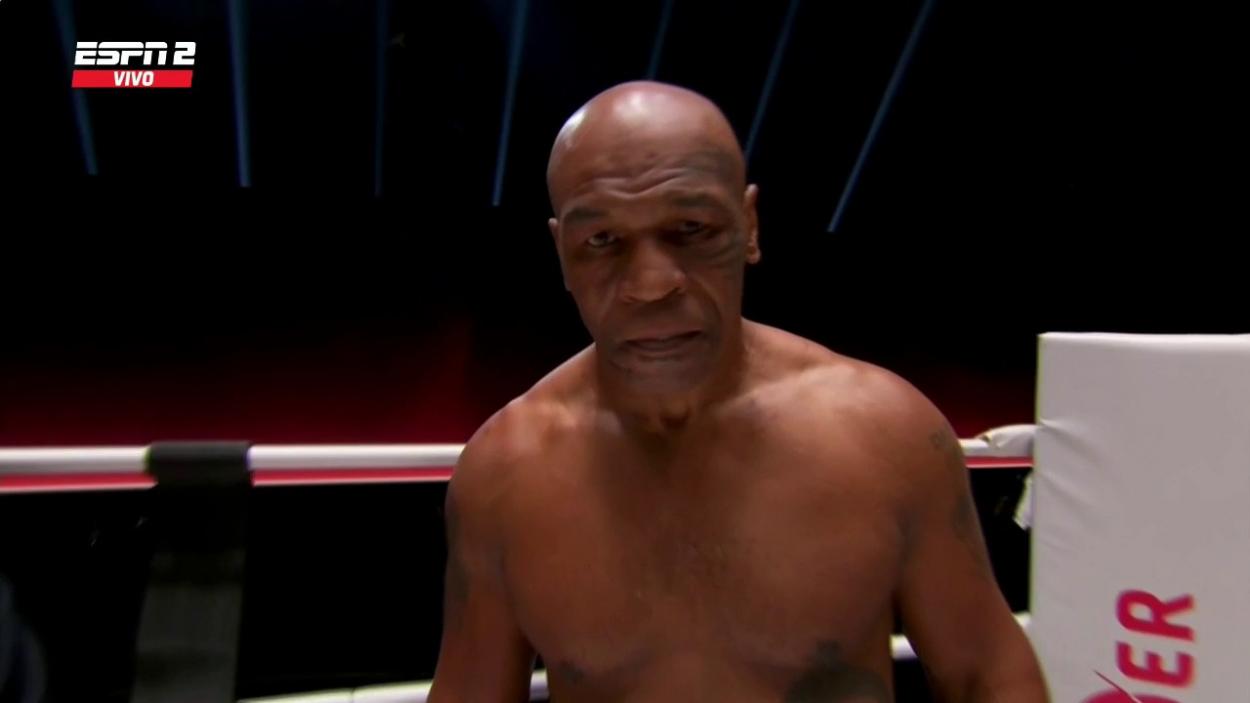 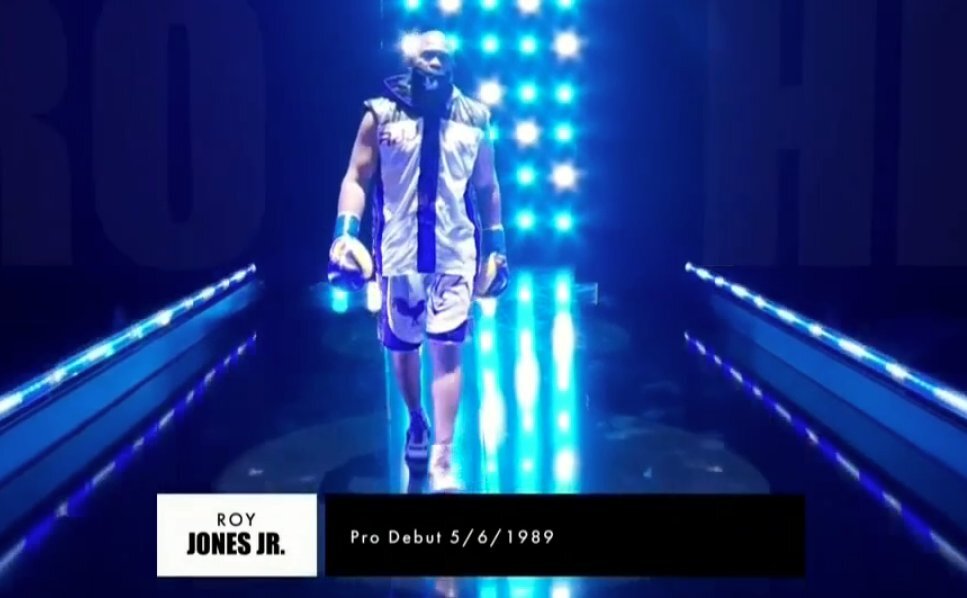 The United States anthem is currently being sung
12:54 AM10 months ago

This is how it comes back

It goes on stage

Roy Jones Jr. enters with mouthpiece and slowly towards the ring to shut up mouths and come out with the victory
12:47 AM10 months ago 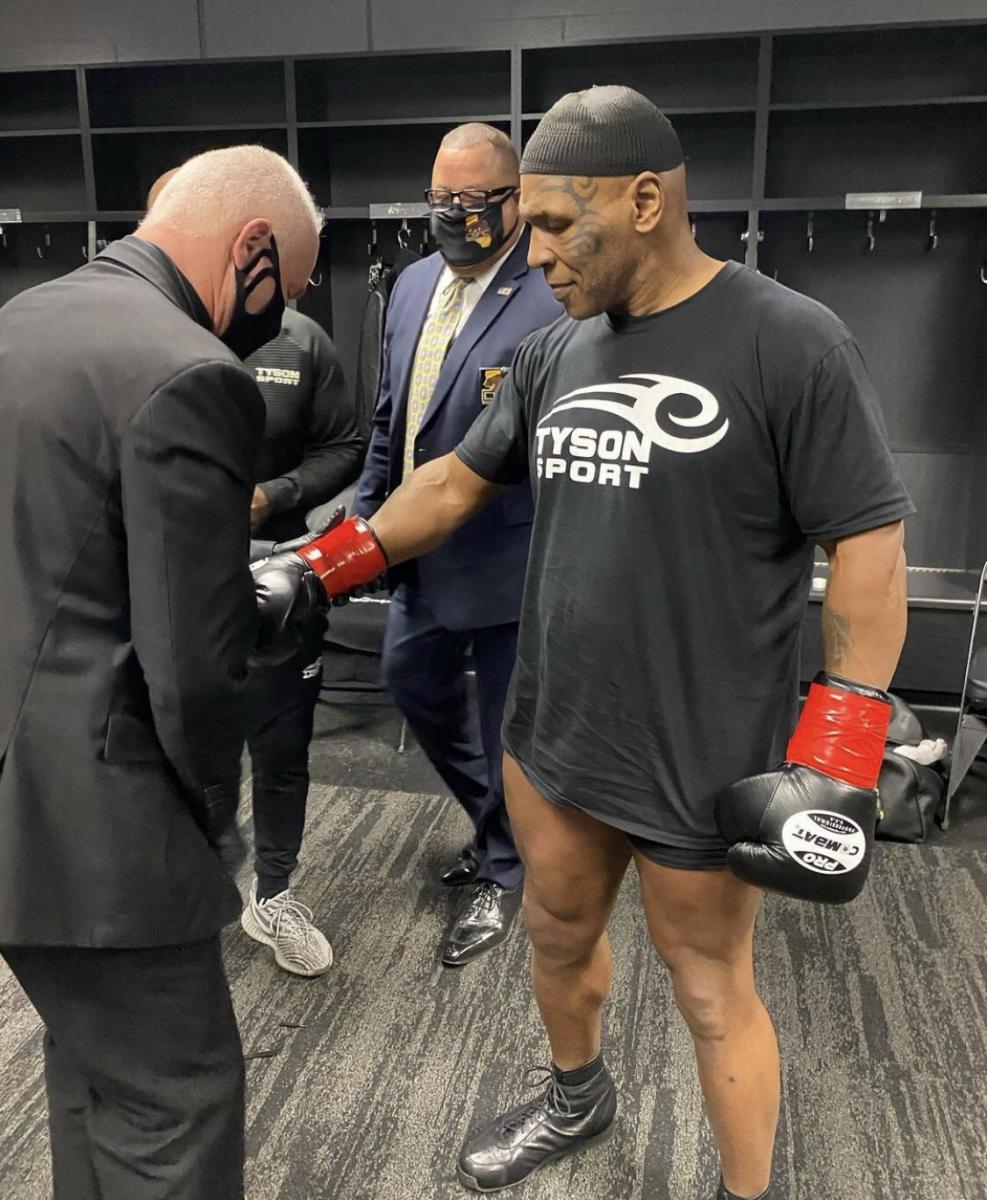 A lot of uncertainty

Due to the conditions of the fight and what both fighters said, this fight is on hold if it will really be an exhibition fight or will be beaten with everything
12:41 AM10 months ago

The light is switched on in the ring to receive the boxers
12:38 AM10 months ago

Music before the fight 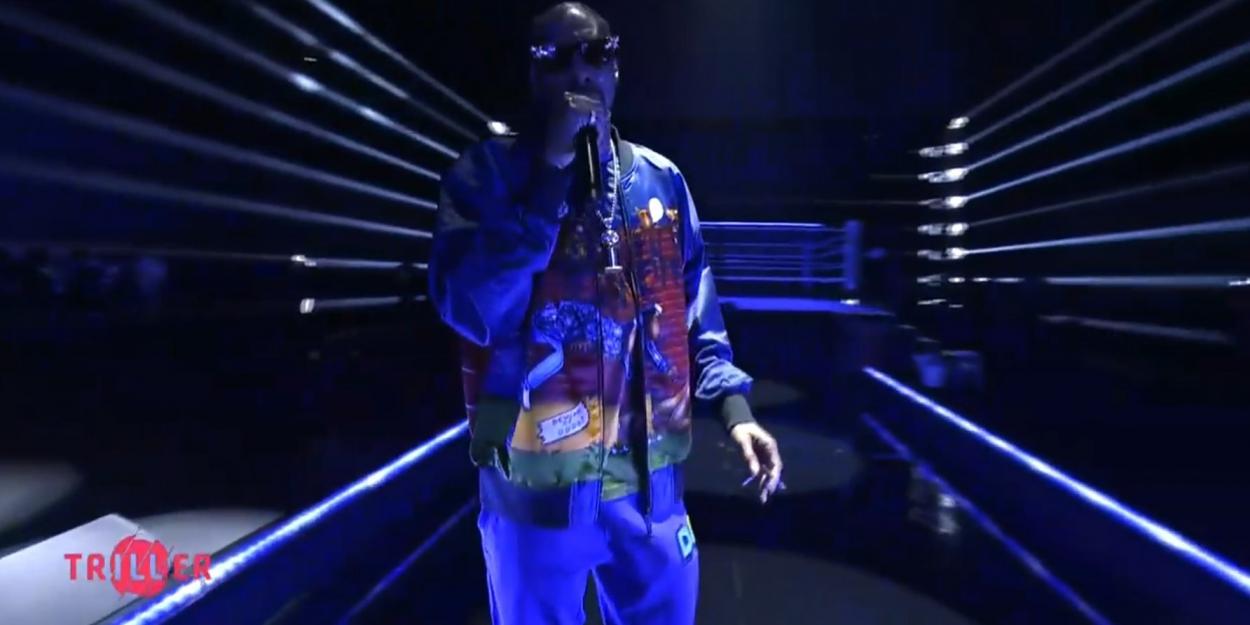 We are minutes away from witnessing the return of legend Mike Tyson when he faces fellow veteran Roy Jones Jr.
12:29 AM10 months ago

Brazilian Ronaldinho was happy about the return of his friend Tyson, to whom he wished the best of luck 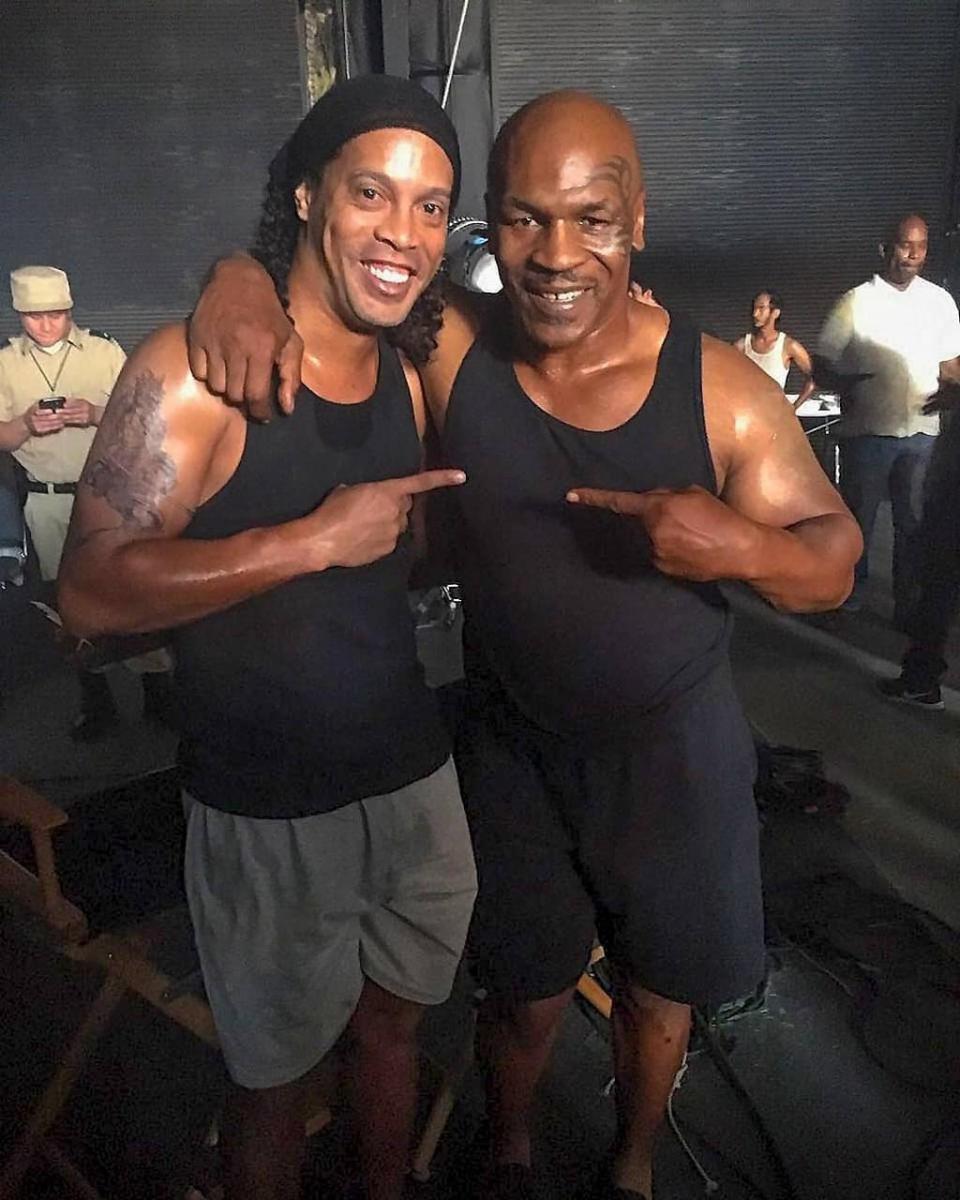 Since his return to Roy Jones Jr. was announced, Mike Tyson has made it clear that he wants to return to the ring and that this will not be his only exhibition fight.
12:23 AM10 months ago

Mike Tyson states that he does not believe this is possible and will be looking to hold more such events. He will seek to excel and prove to himself that he can still
12:21 AM10 months ago

After 15 years and an eight round, two minute fight, Mike Tyson is coming to where he has been one of the best in history. 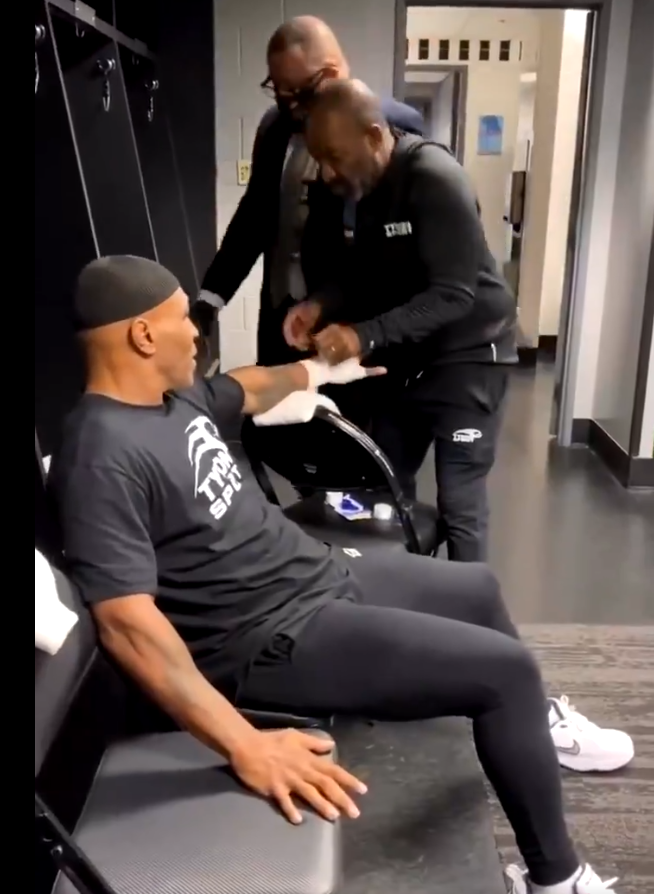 Mike Tyson is getting ready

What a knockout... they sent him to sleep

Strong impact on Robinson who had already fallen once, he got up and was sent back to the canvas. Great victory for Paul.
12:05 AM10 months ago

Robinson fell once and is touched, but Paul could not finish the fight in the first round, remembering that it is at six.
11:59 PM10 months ago

Both Paul and Robinson are already entering the ring for one more fight before Tyson vs. Jones Jr.
11:55 PM10 months ago

This is how Tyson and Jones arrive 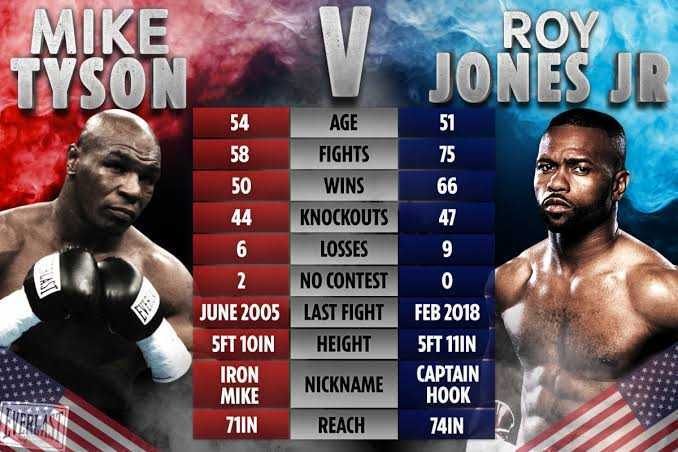 Jack put Mckernan on the ropes at least twice and he staggered with a couple of uppers. The fight will go to the cards, but the advantage is very noticeable in Jack's favour.
11:39 PM10 months ago

Jack hurt the lower zone and bent McKernan, Jack at once sought the knockout, but failed to deliver the final blow.
11:35 PM10 months ago

Jack has clearly imposed his dominance and a couple of hooks have staggered McKernan, but he is holding on.
11:31 PM10 months ago

We remind you of the rules of the fight 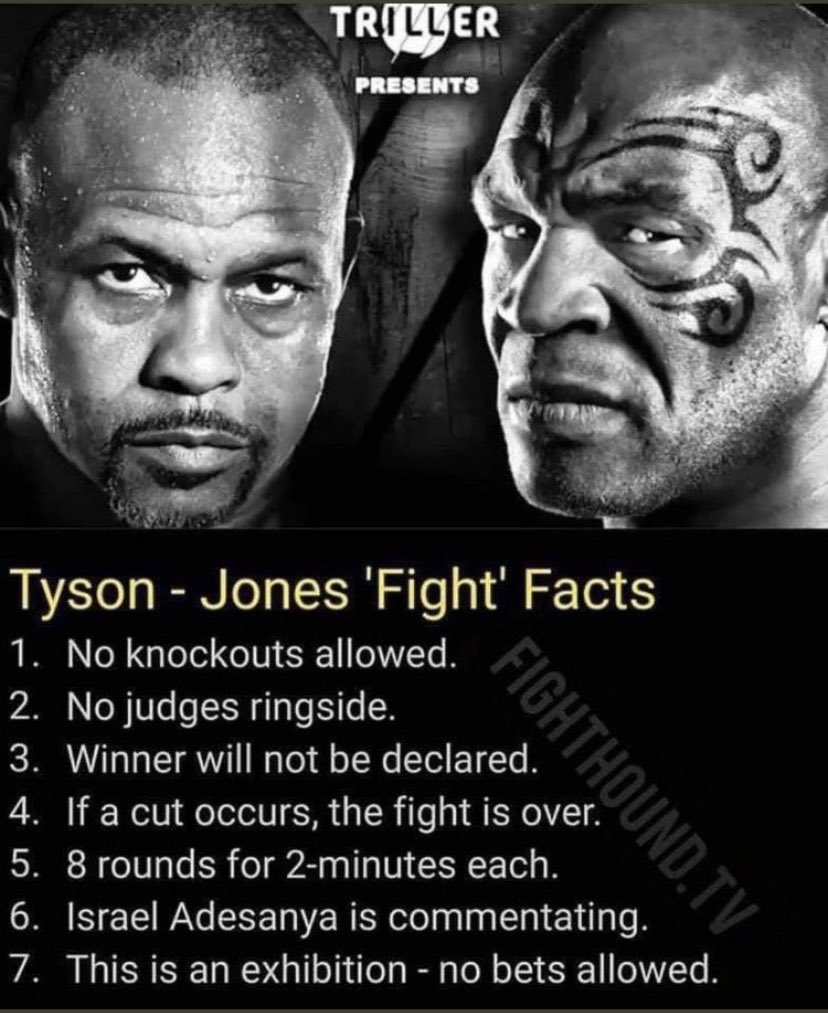 McKernan is still not in the ring, struggling to impose his style and continues to be cornered between the ropes on several occasions by Jack.
11:23 PM10 months ago

Jack begins to dominate the fight and reduce distances, although the fight against KcKerman is still even after three rounds
11:20 PM10 months ago

A lot of money

According to Eduardo Lamazon, Mike Tyson has earned about $685 million during his career.
11:18 PM10 months ago

On several occasions Mike Tyson and Diego Maradona met, so they became great friends, which is why the boxer is expected to pay some kind of tribute to the D10s. 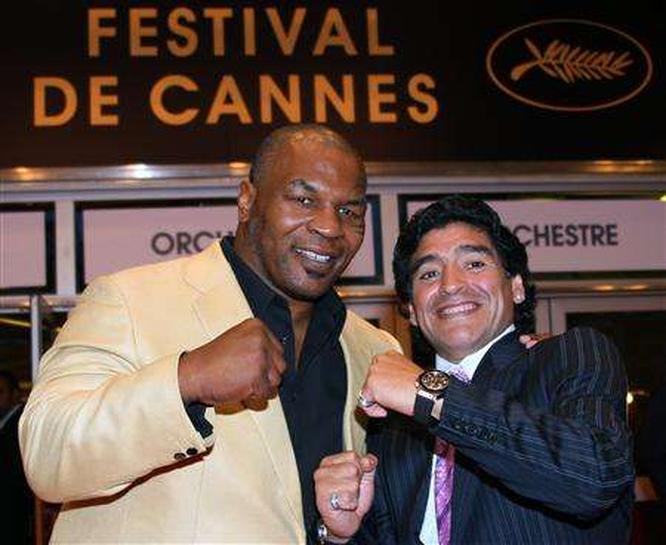 The fight between Jack and McKerman has begun, where Jack has come out with a greater proposal from the first minutes, but the best combination came from McKerman's gloves.
11:10 PM10 months ago

According to the Yahoo site, Mike Tyson will pocket around 12.5 million pesos, three times more than his competitor Jones.
11:00 PM10 months ago

The next match will be between Bedou Jack and Blake McKernan
10:57 PM10 months ago

As usual, Tyson faced his rival, in this case Jones, and it is said that he will try to end with doubts and win by the way of the knockout, although everything possible is being done so that the fight will be played at the 8 agreed rounds 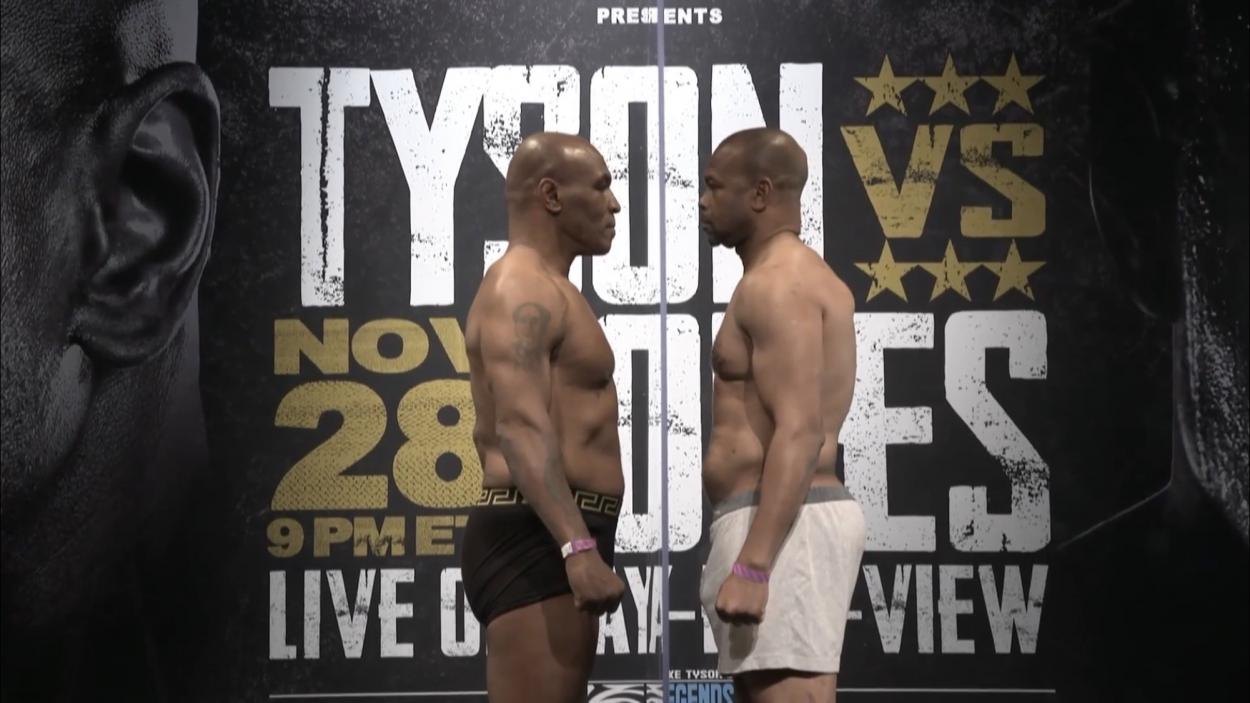 They will wear a belt

The winner between Tyson and Jones will take a belt as a tribute from the World Boxing Commission (WBC). 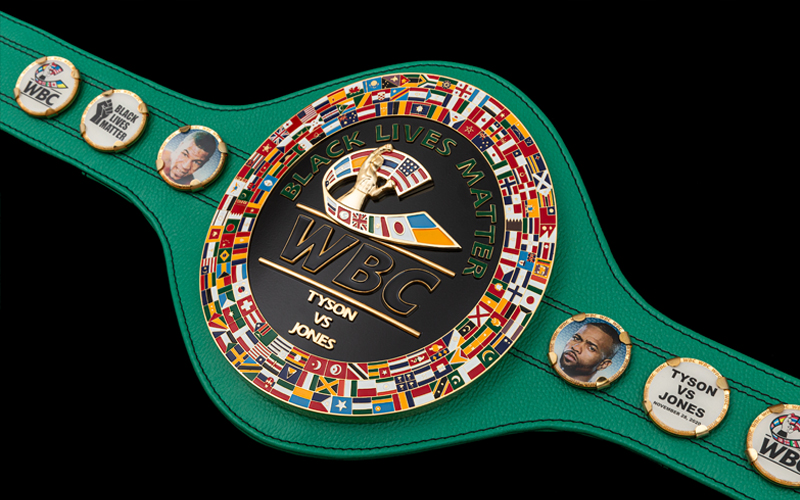 At the moment Sewaga is fighting Ortiz, already in the sixth round of eight, highlighting that Ortiz has been dominant and has won the first rounds
10:48 PM10 months ago

It should be noted that the preliminary fight between Juiseppe Cusumano and Greg Corbin was cancelled
10:44 PM10 months ago

The fight of the morbo

Two legendary boxers over 50 years old, notably Mike Tyson, return to the ring in exhibition fights that, from exhibition, it seems, will not have much. We start with the coverage.
6:52 AM10 months ago

Tune in here for the Mike Tyson vs Jones Jr. Live Result

After 15 years the controversial Tyson returns to the ring after losing to Kevin McBride. He accumulates a record of 50 wins (44 by knockout) and only six losses. 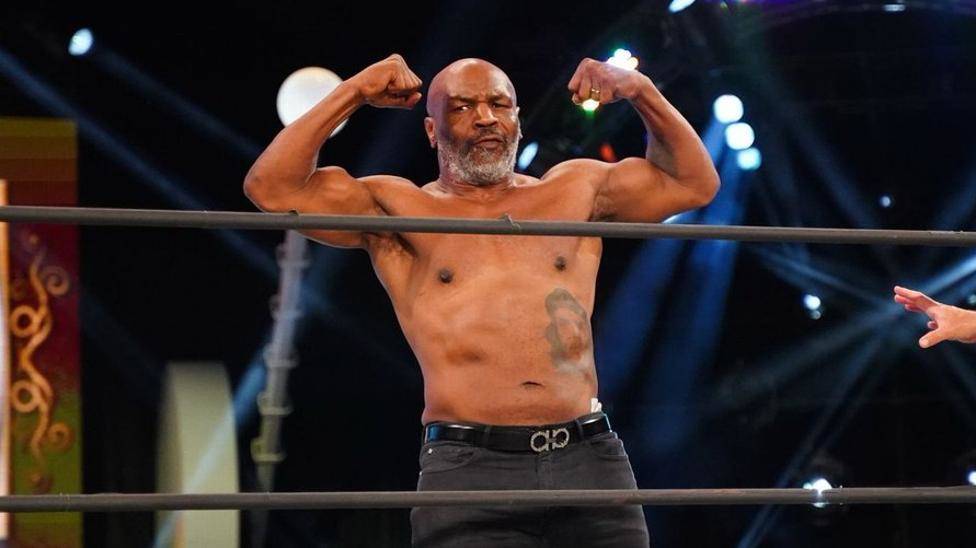 The 51-year-old fighter has a record of 66 wins (47 by knockout) and eight defeats. His last fight was in February 2018 when he beat Scott Sigmon. 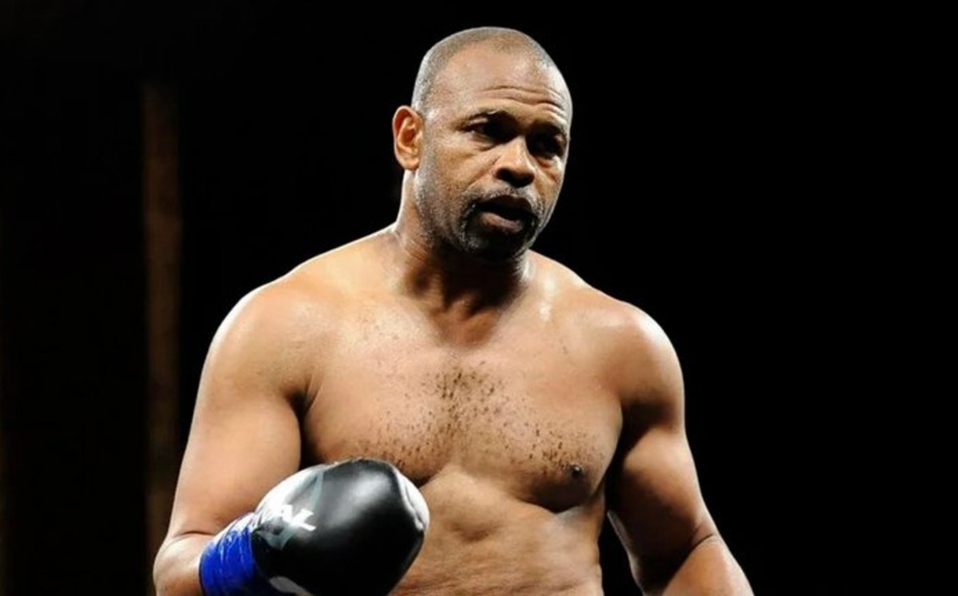 How to watch MikeTyson vs Roy Jones Jr. Live TV and Stream

It will be broadcast on television is: ESPN.

If you want to directly stream it: App Fite.TV

Within the show there will be three preliminary bouts, which are: Jamaine Ortiz vs Nahir Albright (Lightweight); Irvin Gonzalez Jr. vs Edward Vasquez (Featherweight) and Juiseppe Cusumano vs Nick Jones (Heavyweight).
6:22 AM10 months ago

There will be no exhibition

Despite being an exhibition fight, none of the fighters consider it so, as Mike Tyson stated that: "It's not a real fight? I don't know what you are talking about, you have Mike Tyson and Roy Jones Jr. and I am going to fight, and I hope he comes to fight"; while Jone answered: "Who goes into the ring and thinks about an exhibition? The last person who fought like that was eliminated in the first round".
6:17 AM10 months ago

There could be a tie

In the event that the eight rounds are completed and there is no winner, a tie will be declared automatically even though several World Boxing Council (WBC) judges have been invited to offer their verdict.
6:12 AM10 months ago

The rules of the bout

There will be no masks and the gloves will be 12 ounces instead of 10; the fight will be eight rounds of two minutes and in case there is a cut the fight will end in automatic.
6:07 AM10 months ago

The Tyson vs Jones Jr. fight will take place at the Los Angeles, California. The start is scheduled at 10pm ET.
6:02 AM10 months ago

My name is Adrián Hernández and I’ll be your host for this fight. We will provide you with pre-fight, analysis, updates, and news as it happens for Mike Tyson vs Jones Jr. live here on VAVEL.