Thank you for following the broadcast of the fight between Figueiredo vs Brandon Moreno, with probable revenge for 2021. See you next time.
2:21 AM9 months ago

Great performance by the Mexican 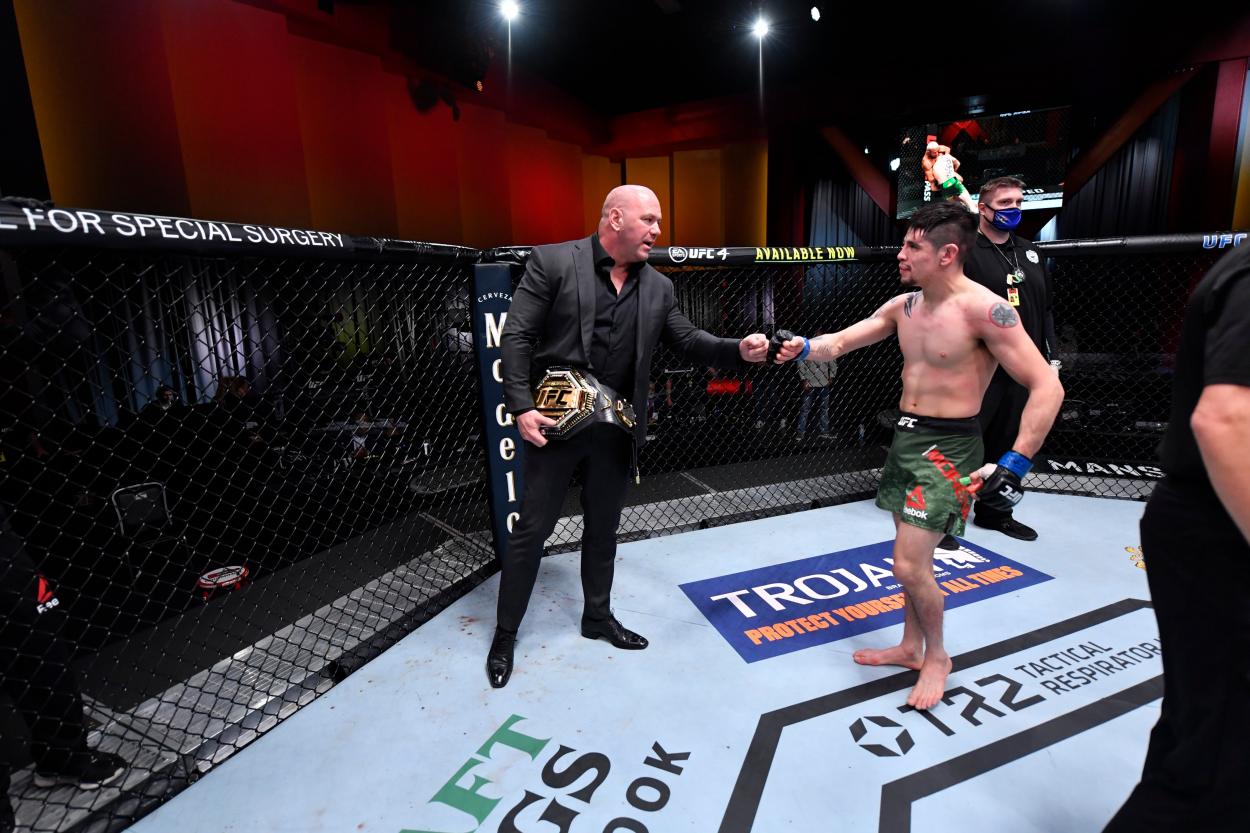 After the majority draw, it seems that Figueiredo and Moreno will meet very soon, in what has been one of the best fights of the year.
2:17 AM9 months ago

The Summary of each round

Brandon Moreno put up a great fight and came within a whisker of winning, the Brazilian retains his title.
2:15 AM9 months ago

Figueiredo was more insistent in front of a Moreno who was more reserved, taking his distance and connecting on a couple of occasions with left-handers. Everything will be decided on the cards, remembering that Figueiredo had one point deducted.
2:06 AM9 months ago

Now it was Moreno who knocked Figueiredo down and put him against the cage, however, the Brazilian had the ability to get up; later he released a powerful hook that hurt the Brazilian.

Later, the Mexican released a powerful blow on the canvas to the Brazilian, who managed to resist.

There was a low blow from Figueiredo that caused Moreno to be several minutes on the stave enduring the pain; so they took a stitch out of the Brazilian.

Brandon continues to defend himself from a possible knockdown and bets more on the exchange of fists, where he has been more effective.

Beware of the eye

Moreno's eye slowly begins to close, Figueiredo will try to attack there.
1:50 AM9 months ago

Figueiredo began with more desire and released blows with a greater effectiveness that generated damage to Moreno, who held on and knocked down the Brazilian twice, although in both he got up quickly.

A first period that didn't have a clear dominator, where Moreno had a good footwork and a good distance, resorting more to boxing movements, while Figueiredo hurt with a strong kick.
1:33 AM9 months ago

We are minutes away from the start of the fight between Figueiredo and Moreno. Don't miss it.
1:25 AM9 months ago

Minutes away from Moreno vs Figueiredo

We are minutes away from living the stellar fight between Moreno and Figueiredo, who will win? 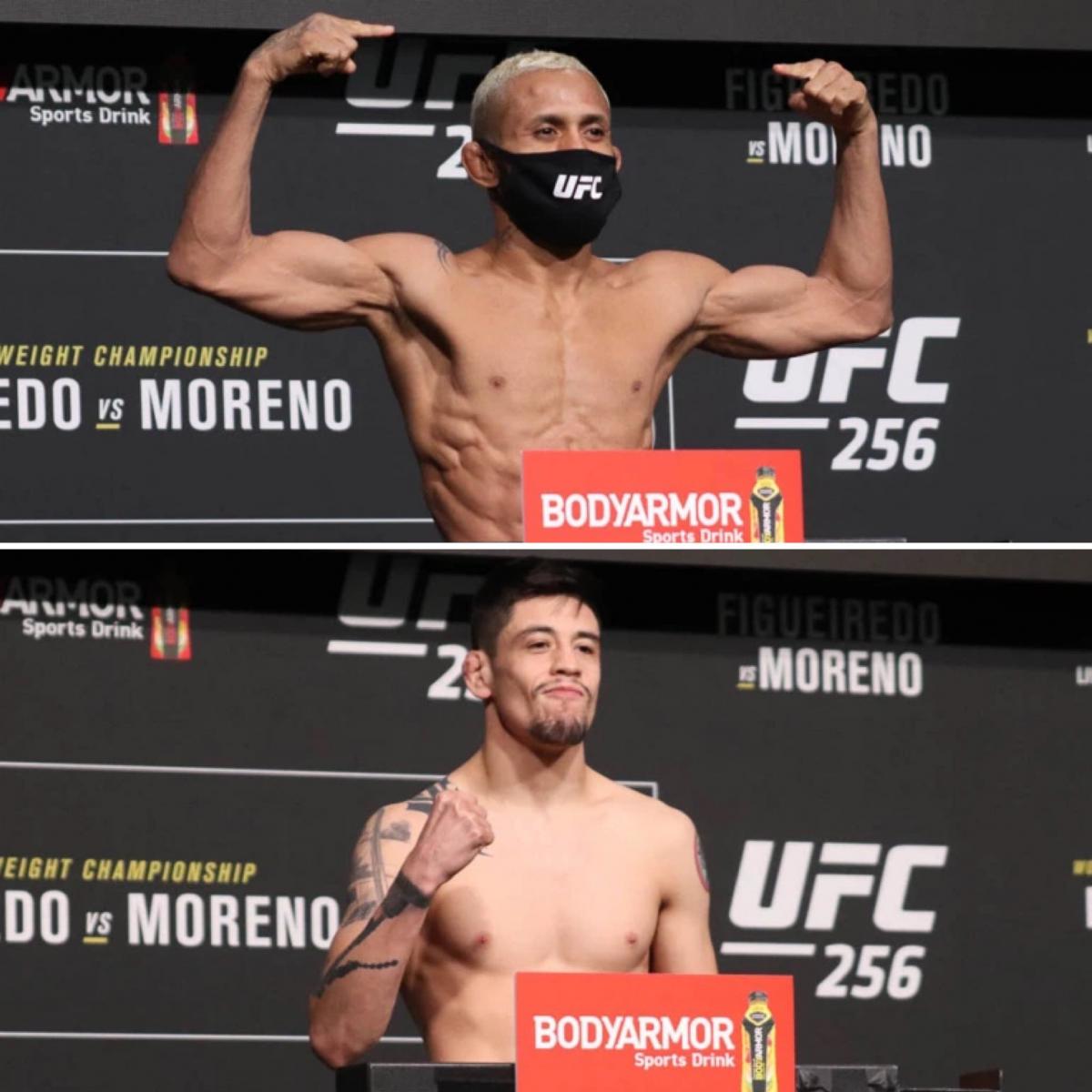 Oliveira minimized that he had only 20 days to prepare and is now waiting to fight for a title in the UFC. 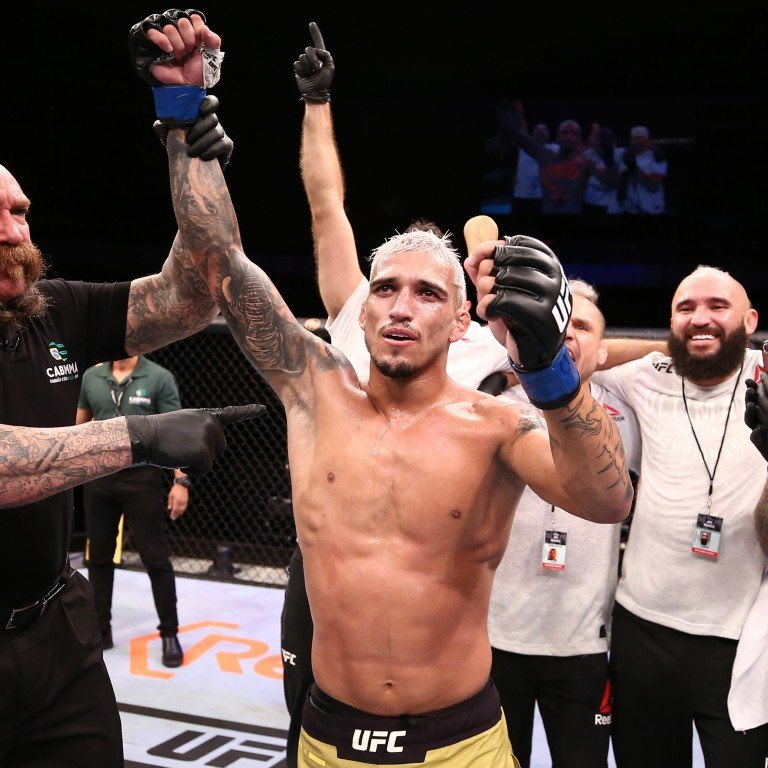 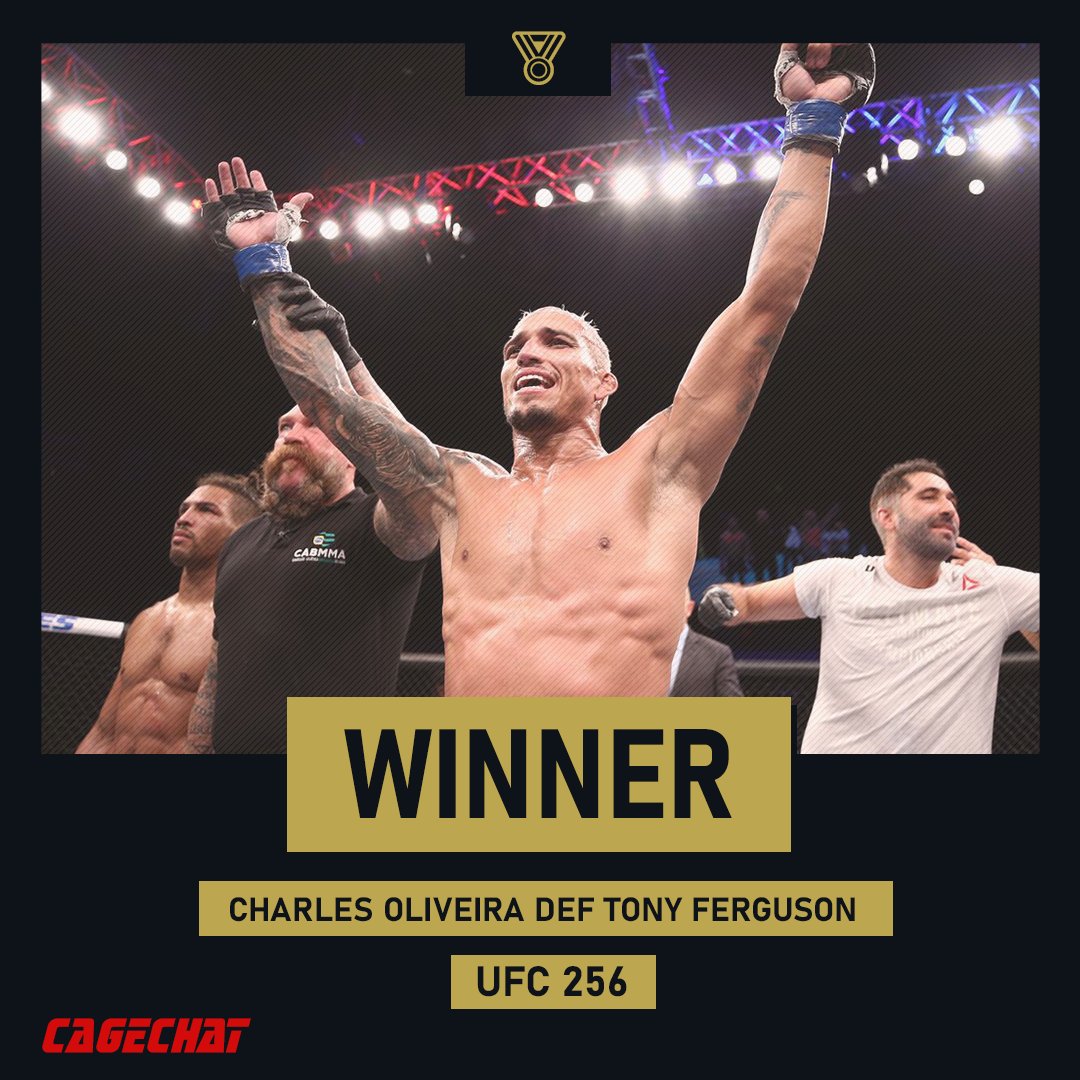 Oliveira won categorically by 30-26, noting that in the end he thanked his family and friends for their support over the years.
1:13 AM9 months ago

Oliveira came within a hair's breadth of securing the fight with an attempted key that slipped away again and Ferguson resisted once more, although it is clear that he will lose by the unanimous decision
1:07 AM9 months ago

The dynamic of the combat did not change, Oliveira was superior, he submitted Ferguson who resisted more than three minutes on the ground, but it seems that the victory of the Brazilian is closer.
12:59 AM9 months ago

Oliveira has seen himself superior to Ferguson, sending him to the canvas twice and not letting him get out of there, but he could not finish the fight due to submission despite a key attempt in the last minutes.
12:49 AM9 months ago

Oliveira and Ferguson are ready for the penultimate match of the night.
12:45 AM9 months ago

Ferguson and Oliveira begin to prepare for the co-star fight.
12:44 AM9 months ago

This is how the card came to be 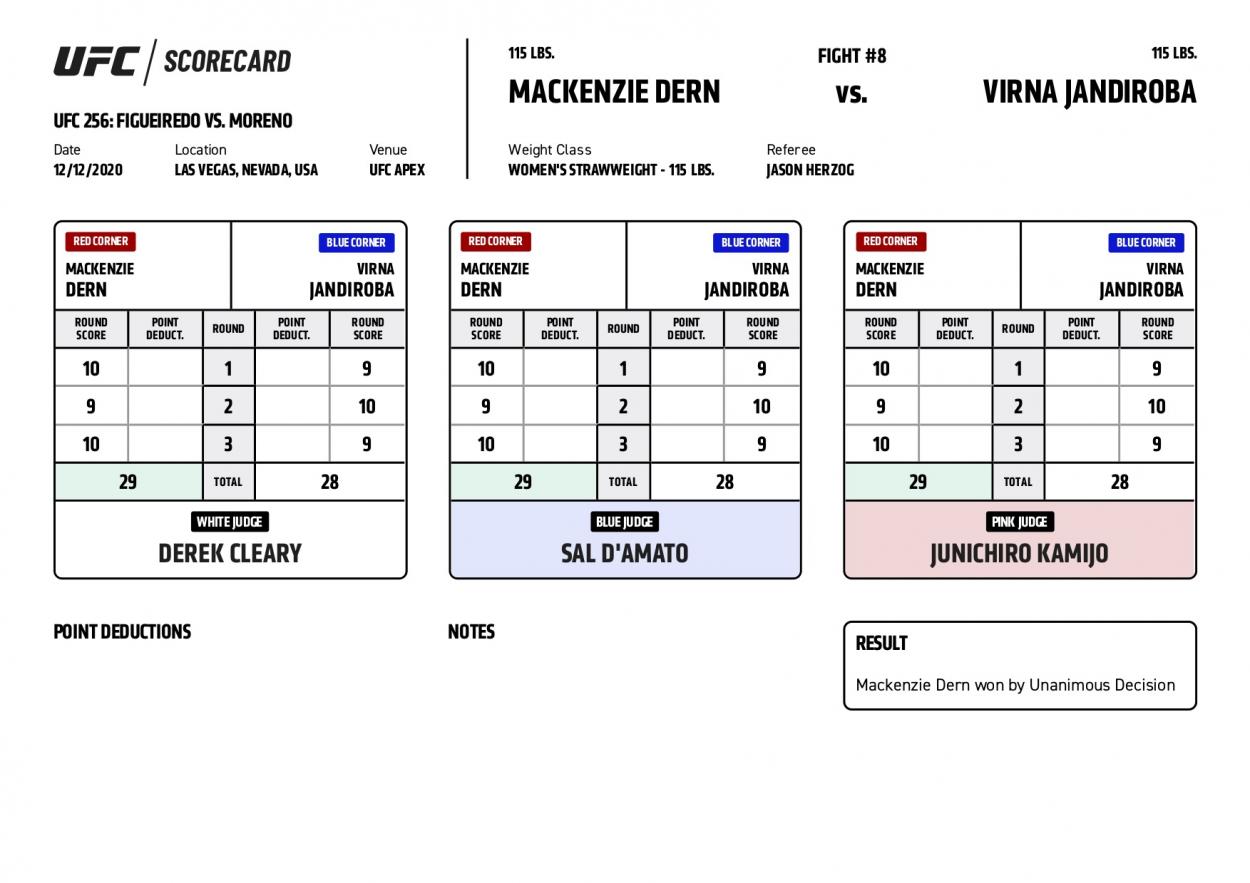 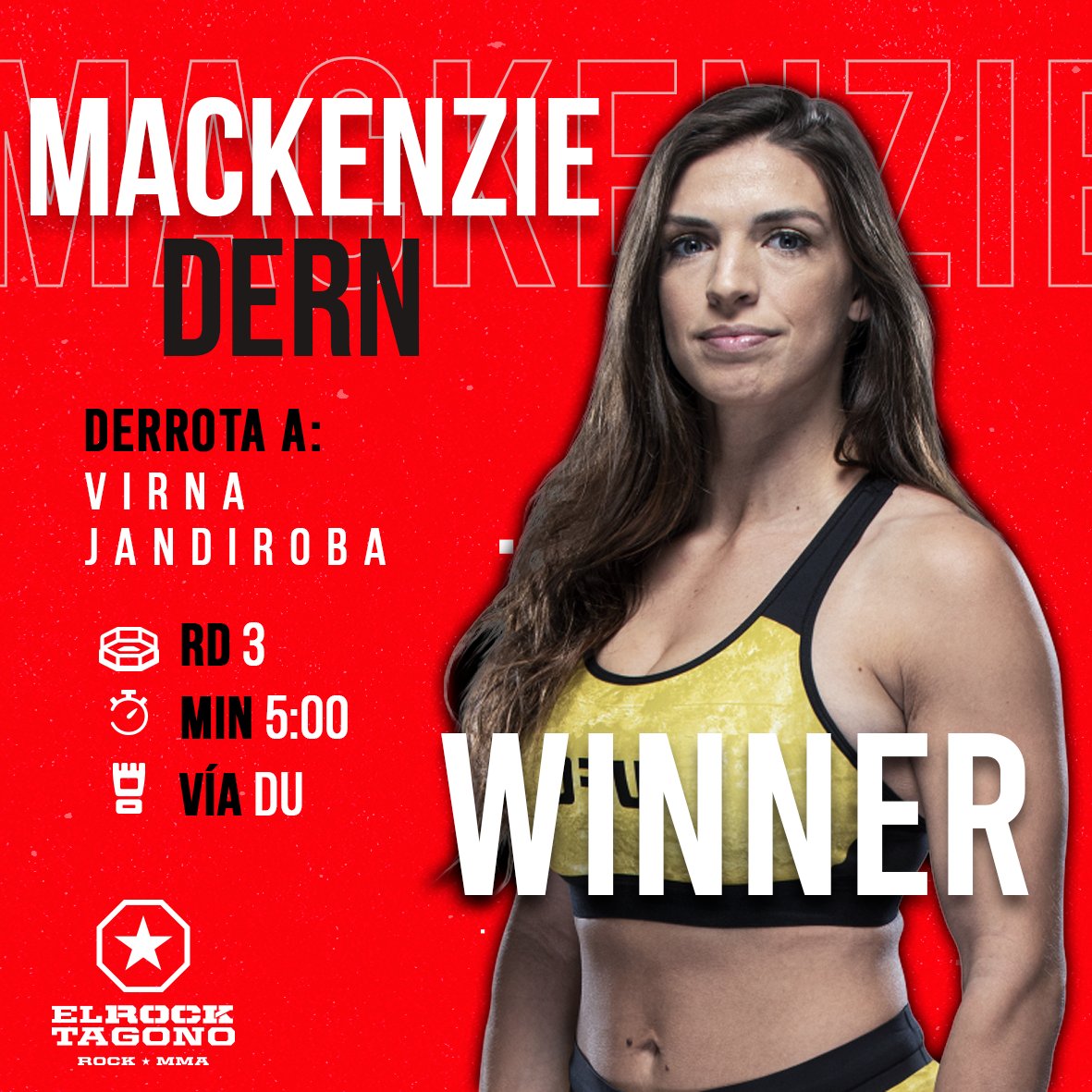 Dern defeated Jandiroba by unanimous decision 29-28, in an extremely close fight that could have been for anyone.
12:35 AM9 months ago

Both fighters came out with the attitude of winning, although Jandiroba made a turn with a punch that connected Dern, although he couldn't knock her down. Later, it was Dern who unleashed a forehand that hurt his opponent.
12:29 AM9 months ago

Very eventful the second episode, where Jandiroba got an eye sting and the fight had to be stopped. Dern was hit hard in the face and began to bleed, while she was knocked down on the stave, but managed to contain her opponent so that the round was consumed.
12:21 AM9 months ago

They have dealt blows, none has been able to send the rival to the canvas, although with more proposal and with more effective blows from Dern.
12:12 AM9 months ago

Dern and Jandiroba get ready to climb the stave and sustain their fight.
12:06 AM9 months ago

Minutes away from the only stellar female combat between Dern and Jardinoba.
12:01 AM9 months ago

On the way to the knockout, Holland achieved his fifth victory of 2020 and, in the end, went to embrace Souza, 41 years old. 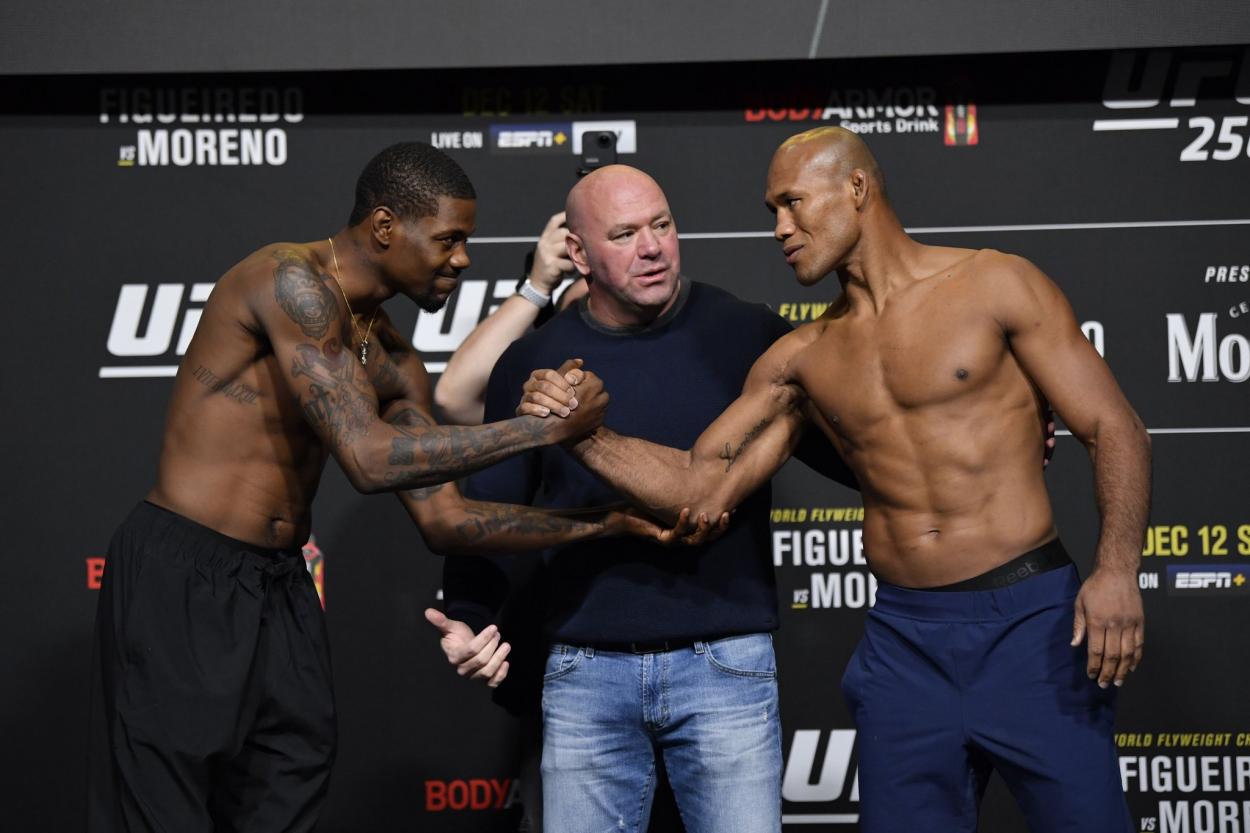 Holland began with a flurry of blows that brought down the Brazilian Souza and culminated in less than two minutes of fighting.
11:49 PM9 months ago

Souza and Holland prepare the last details for the second fight of the stellar combat, who will win?
11:46 PM9 months ago

Kevin Holland vs Ronaldo Souza for the middleweight will be the next bout, in minutes...
11:38 PM9 months ago

The data of the victory of Gane 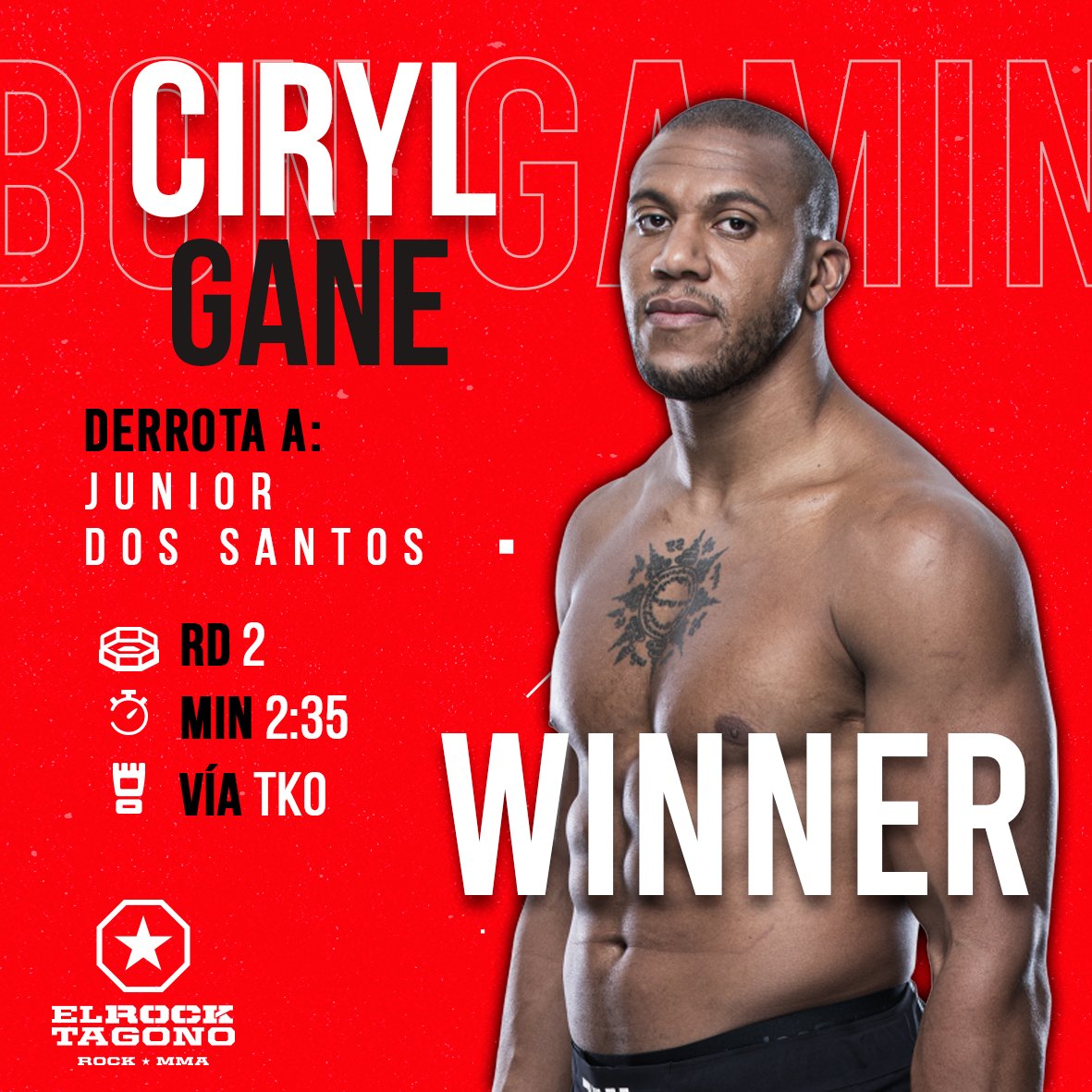 Gane came out with more conviction in the second round and a flurry of blows was enough to extend Dos Santos' losing streak.
11:28 PM9 months ago

Very even was the first round where neither of the two fighters managed to impose conditions.
11:20 PM9 months ago

They are already in the octagon

Dos Santos and Gane are already upstairs to star in the first fight on the billboard.
11:18 PM9 months ago

Some pictures of the preliminaries 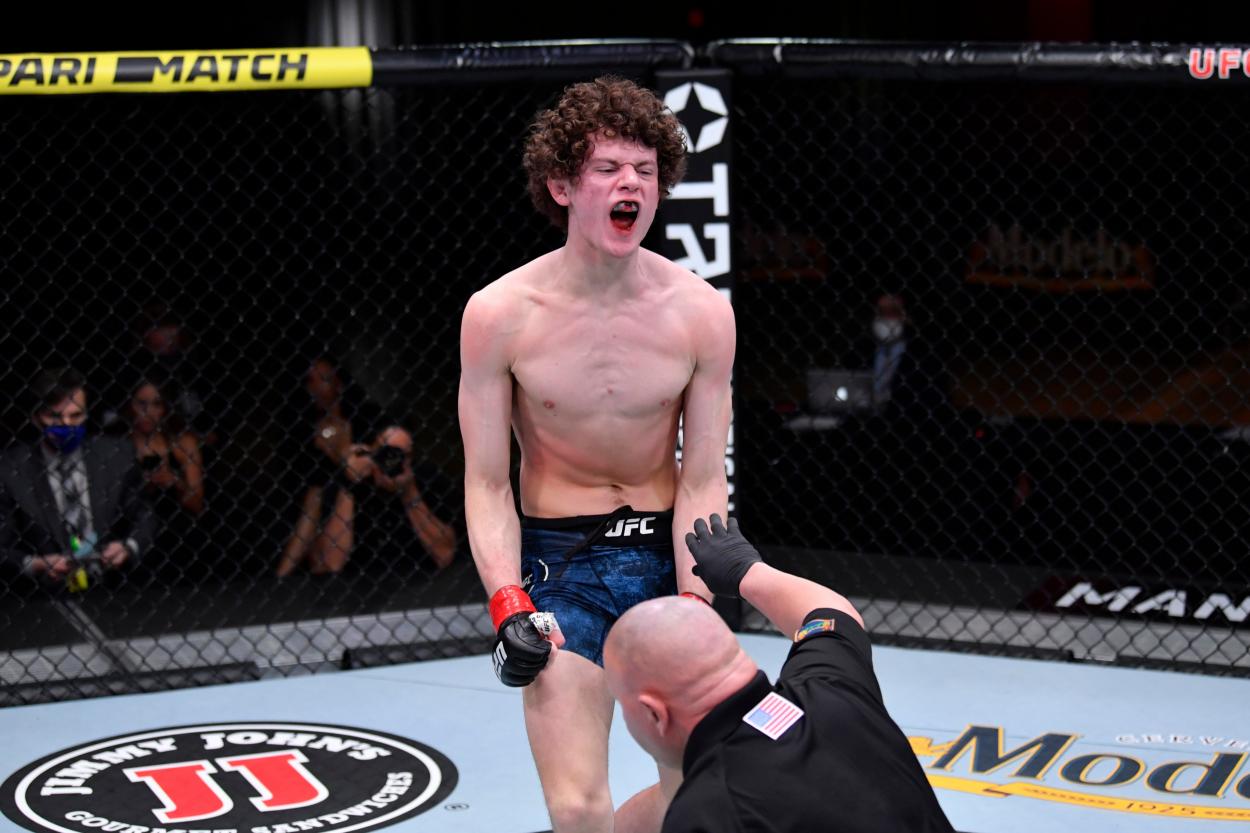 Some pictures of the preliminaries 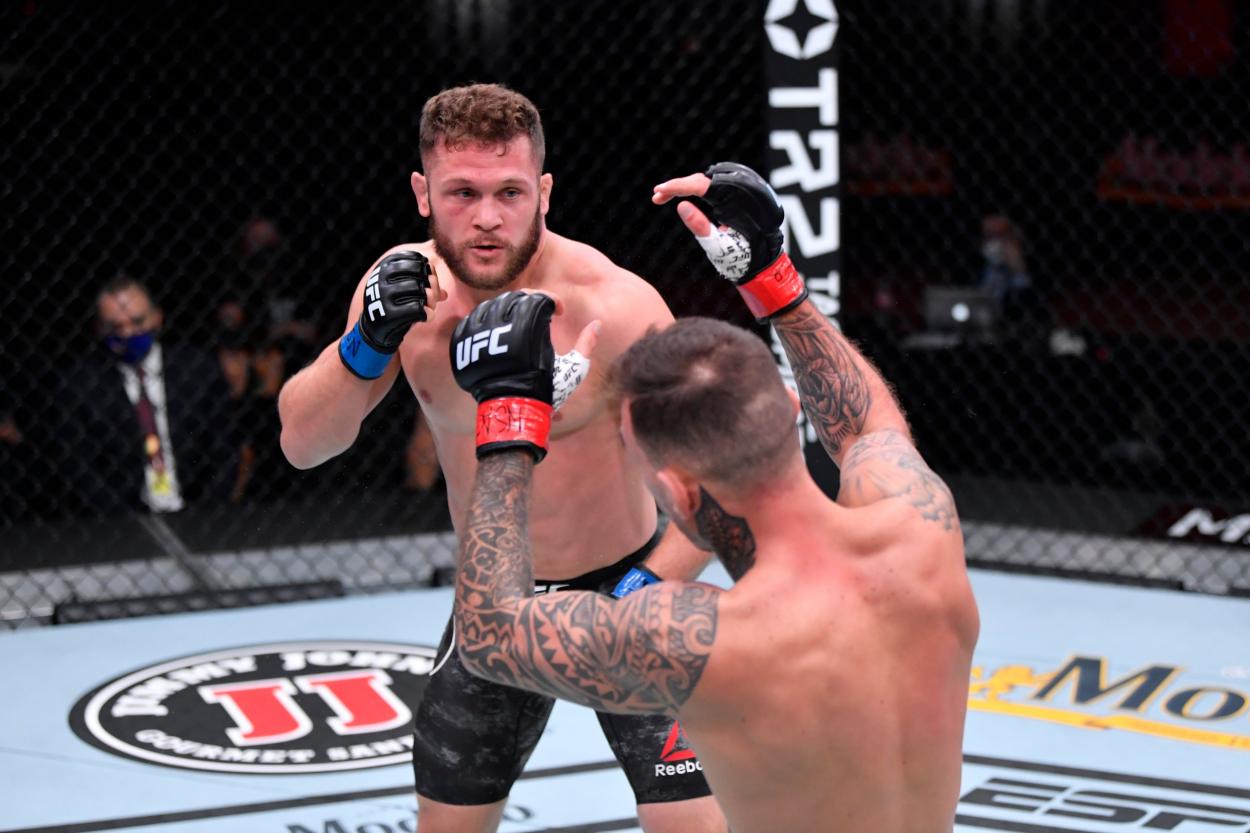 Cirly Gane vs Junior dos Santos will be the first bout on the billboard and is just minutes away.
11:07 PM9 months ago

We remind you that the last fight tonight will be between Figueiredo and Moreno. 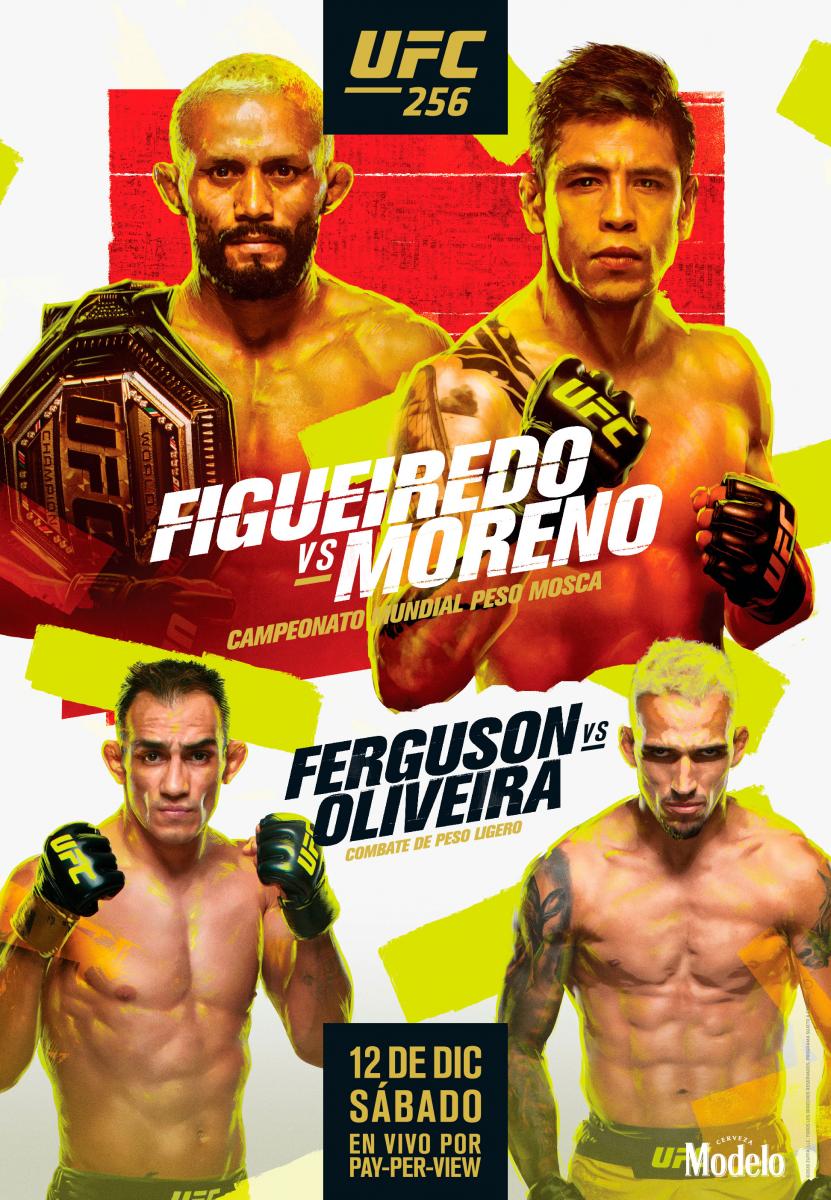 He exposed his annoyance

Brandon Moreno confessed that he thought he would be fighting Figueiredo on November 21st and not Alex Perez, however, his golden opportunity came and he will not miss it.
11:00 PM9 months ago

The star-studded line-up of UFC 256 begins, where the main course will be the clash between Figueiredo and Mexican Moreno, who could become the first Aztec fighter to become champion.
9:42 PM9 months ago

In the last two years, Mexican Brandon Moreno has only fought five times, but with a balance of four victories for a draw.

The last victory came on 21 November when he beat American Brandon Royval in the first episode.

Grateful for the details

Born in Tijuana, this week Brandon Moreno had a mural done where he could become the first Mexican to become a UFC champion.

"When I competed or simply went to the Tijuana Auditorium, I looked at the murals of the great boxers of the city and always told myself that one day I would be as big as them to deserve to be portrayed like this. Today I know I'm not that big yet but I'm so grateful for the recognition," he said via Instagram.

He can be the Chávez of the MMA

A few days ago, Dana White, president of the CFU, commented that she sees qualities in Moreno of brilliance that could be likened to what JJ Chavez did in boxing:

"It's just a matter of time. JC Chavez had an incredible record because he fought all the time. But as the pandemic is going on, the youngest ones are fighting four or five times a year. He won't be like the Chavez of boxing, but of course he can be the Chavez of the MMA, he can be a champion and prove himself to everyone who wants to take his belt away one day".

In less than a month

Only 21 days after the victory against Alex Perez, the Brazilian Deiveson Figueiredo will become the fighter to defend his title so quickly, against the Mexican Brandon Moreno.
9:03 PM9 months ago

In the historical night

Brandon Moreno could become the first Mexican to win a UFC title, and what better way to do so than in the last major billboard in a year that has been as atypical as 2020.
4:28 PM9 months ago

Do not miss a detail of the match with the live updates and commentaries of VAVEL. Follow along with us all the details, commentaries and analysis for this Deiveson Figueiredo vs Brandon Moreno live result fight.
4:23 PM9 months ago

How to watch Deiveson Figueiredo vs Brandon Moreno Live TV and Stream?

UFC 256 will be broadcast on television: ESPN+

Before the expected fight, Tony Ferguson vs Charles Oliveira will face each other as an appetizer in the lightweight.
4:13 PM9 months ago

There will be several fights before the stars, which will be:

Deiveson Figueiredo arrives to this appointment with almost perfect mark of 20 victories in 21 fights, remembering that this will be the second defense of his world title after having beaten Alex Perez last November. 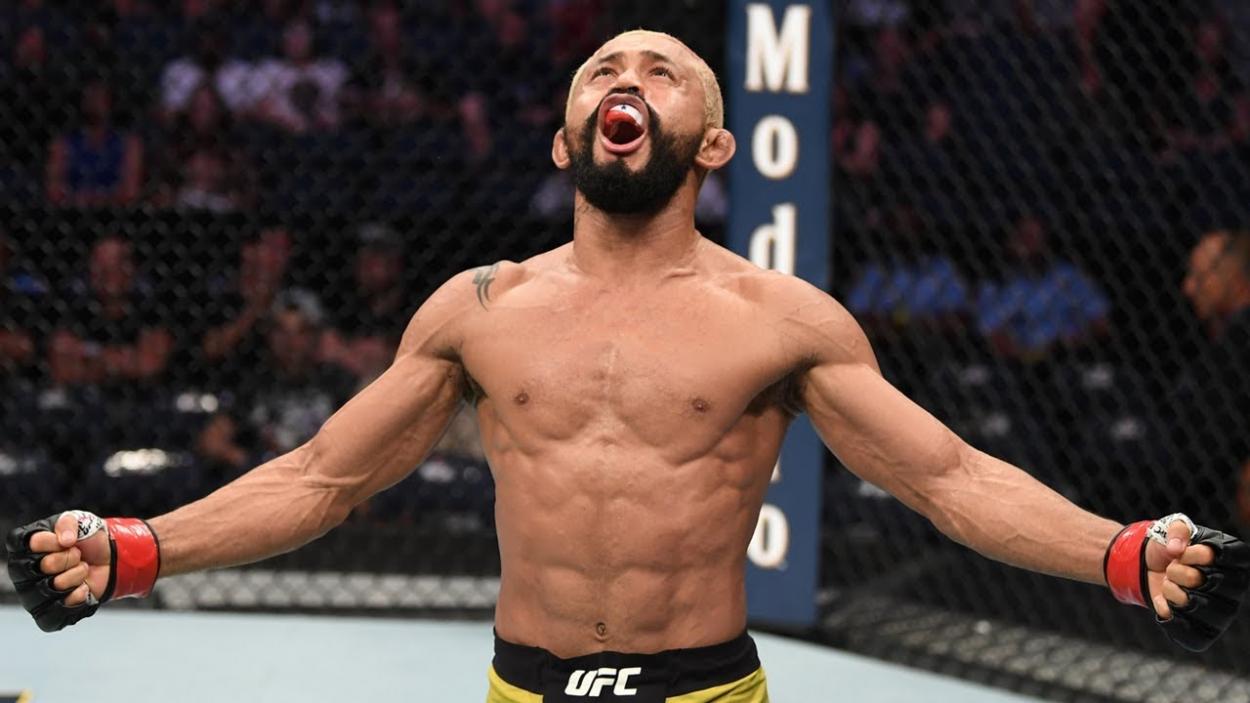 Perez has a record of 18 victories (3 by way of knockout) for 5 defeats, highlighting that on November 21 he beat Brandon Royval in the first round. 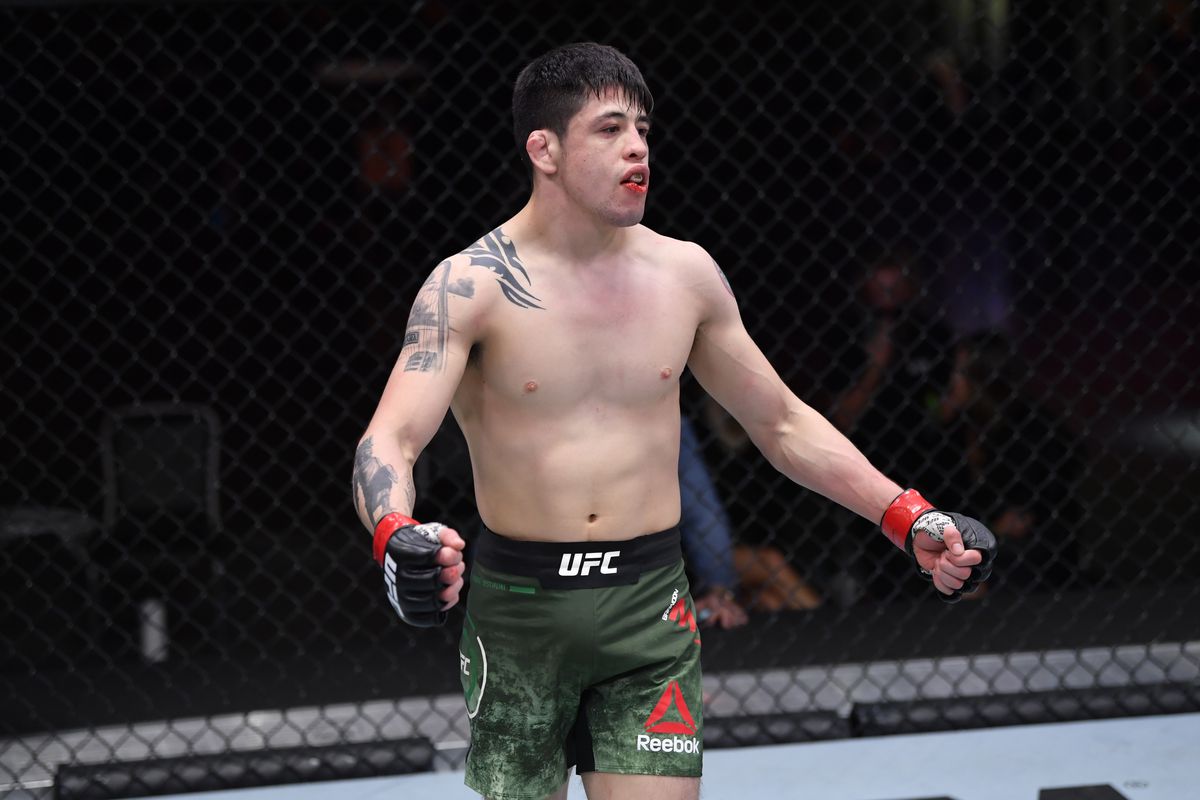 They fulfilled the weighting

This Friday both Deiveson Figueiredo and Mexican Brandon Moreno had a similar weight at 124.5 pounds, so they met without problems with the weighing in Las Vegas.
3:53 PM9 months ago

Challenged him to the title

After beating Alex Perez, it is worth remembering that Figueiredo challenged the Mexican to a fight to see who was the best fighter in the world in the fly division
3:48 PM9 months ago

Brandon Moreno becomes the first Mexican to take part in the UFC's stellar line-up, which will be the last major event of such an atypical year as 2020.
3:43 PM9 months ago

The Deiveson Figueiredo vs Brandon Moreno fight will take place at the Las Vegas, Nevada. The start is scheduled at 10pm ET.
3:38 PM9 months ago

Welcome to VAVEL.com’s Figueiredo vs Brandon Moreno Live Updates coverage of the fight of UFC 256 today

My name is Adrián Hernandez and I’ll be your host for this fight. We will provide you with pre-fight, analysis, updates, and news as it happens UFC live here on VAVEL.