Thank you for following the broadcast of the fight between Canelo Alvarez and Callum Smith. See you next time.
1:38 AM9 months ago

The happiness of the Canelo 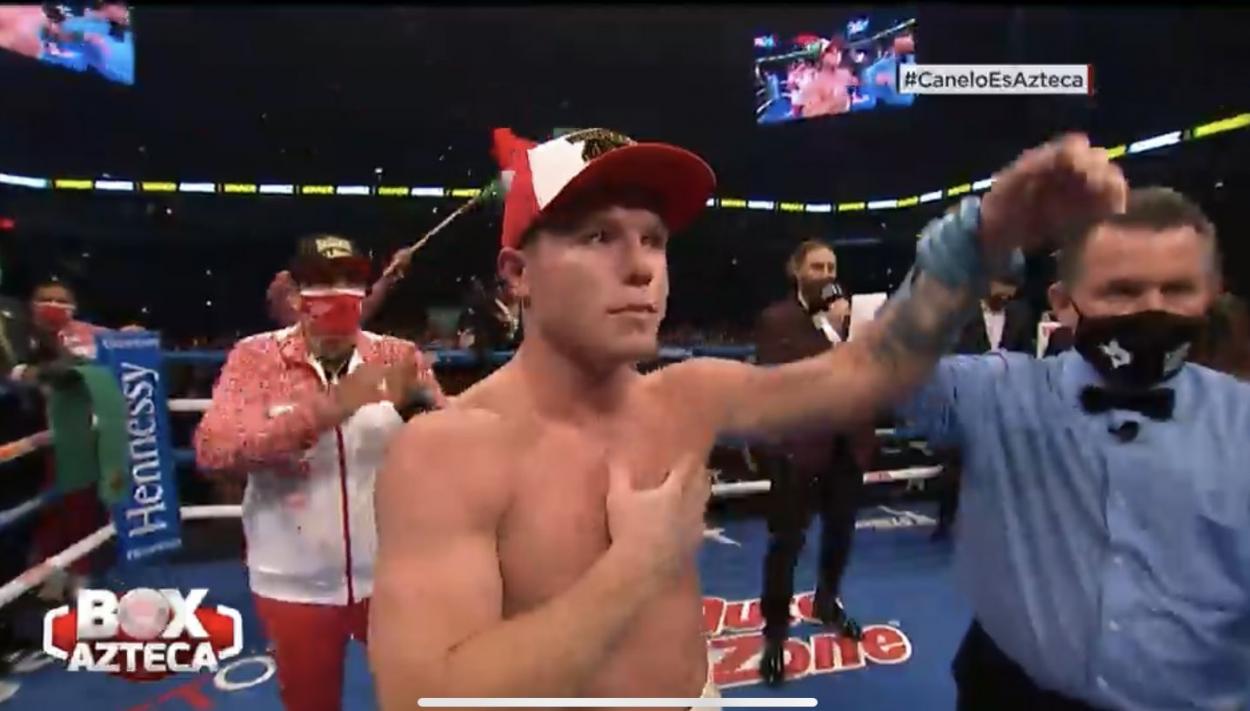 Seeks to be the best

"I want to make it clear that I do face great challenges: I gain weight to win in different divisions to be the best," said Canelo Alvarez.
1:34 AM9 months ago

This is how Canelo was declared the winner

The undefeated is over

Britain's Callum Smith has lost his undefeated professional title this Saturday.
1:30 AM9 months ago

In the absence of the official verdict, Canelo celebrated with the public the victory over the undefeated English Callum Smith.
1:27 AM9 months ago

Callum Smith tried to leave with the conviction of all or nothing, however, the Canelo tied him up and based on blows he put him back between the ropes. If nothing extraordinary happens, Canelo will win it unanimously through the cards.
1:23 AM9 months ago

Smith's goal is no longer to win, but to try to finish the fight and he is one round away from doing so. El Canelo hurt him again with another blow to the face that made him stagger.
1:19 AM9 months ago

Smith is living a real nightmare, as his eye starts to close, he resorts to hugs and he is no longer throwing punches. El Canelo continues to deliver blows left and right, but none that can send his opponent to the canvas.
1:17 AM9 months ago

Two Canelo forehands that came in full force and made people scream in the Alamodome. Likewise a hook that made the Englishman bend, although it didn't break. It seems that Canelo, when he decides, can finish the fight at any time.
1:11 AM9 months ago

Little by little Canelo begins to be more effective in his strokes, especially in the hooks and an oper that went in full. Smith begins to walk backwards instead of turning to the front to try to reverse the situation of the fight against her.
1:09 AM9 months ago

Vibrant fight between Canelo and Smith 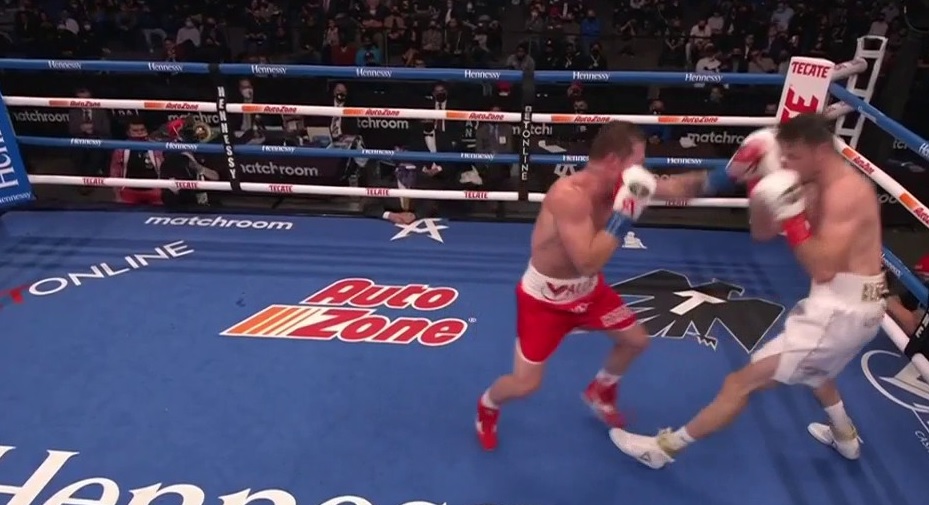 Canelo put Smith on the ropes, but couldn't connect him as he would have liked. The Briton has on several occasions tried to react with an oper, although without being able to generate any damage.
1:03 AM9 months ago

After losing the previous round, Canelo regains control of the fight with a pair of hooks that connected Smith's face, who took the blows and tries to get out of the ropes, although he is still seen with little mobility.
1:01 AM9 months ago

Smith finally reacted and is now shooting on the counter-attack, however, Canelo is patiently waiting for some mistake from the rival to release a blow that could be lethal.
12:55 AM9 months ago

Canelo put Smith between the ropes and even put him in bad condition, but he didn't want to press the accelerator. Later, another solid forehand connected the face of the Briton. El Canelo leading the rhythm in the manner of the fight.
12:52 AM9 months ago

The fight is still closed, but Smith's height has so far not been affected. Sometimes Canelo has come close and connected a right in the face of the British.
12:48 AM9 months ago

So far a very static Callum Smith is shown and has not taken advantage of his height, while Canelo is slowly starting to deliver quality hits, including a hook that generated damage and made the audience scream.
12:43 AM9 months ago

A lot of study, a lot of analysis, but few blows have been dealt. Both pugilists taking their distance, although Canelo was able to connect two solid hits that could tilt the score in his favor in this period.
12:38 AM9 months ago

They make the presentation

They are currently presenting Canelo Álvarez and Callum Smith.
12:36 AM9 months ago

The entrance of the Canelo 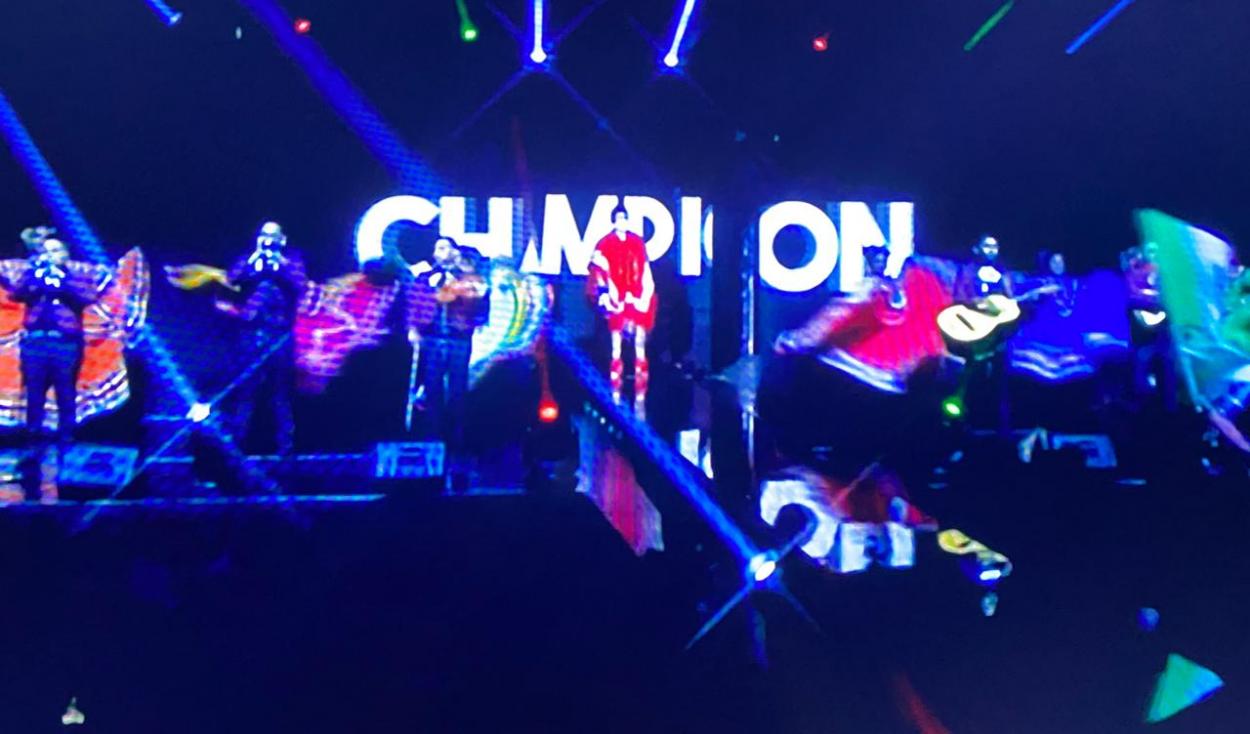 El Canelo enters at this time under the Mariachi song of "the final countdown" and "Mexico, lindo y querido".
12:32 AM9 months ago

The Canelo has arrived

With a standing ovation from the crowd, El Canelo is coming into the ring for the stellar fight.
12:27 AM9 months ago

Jump into the ring

The Englishman Callum Smith enters the ring at this point.
12:24 AM9 months ago

This is how Paty Cantú sang it 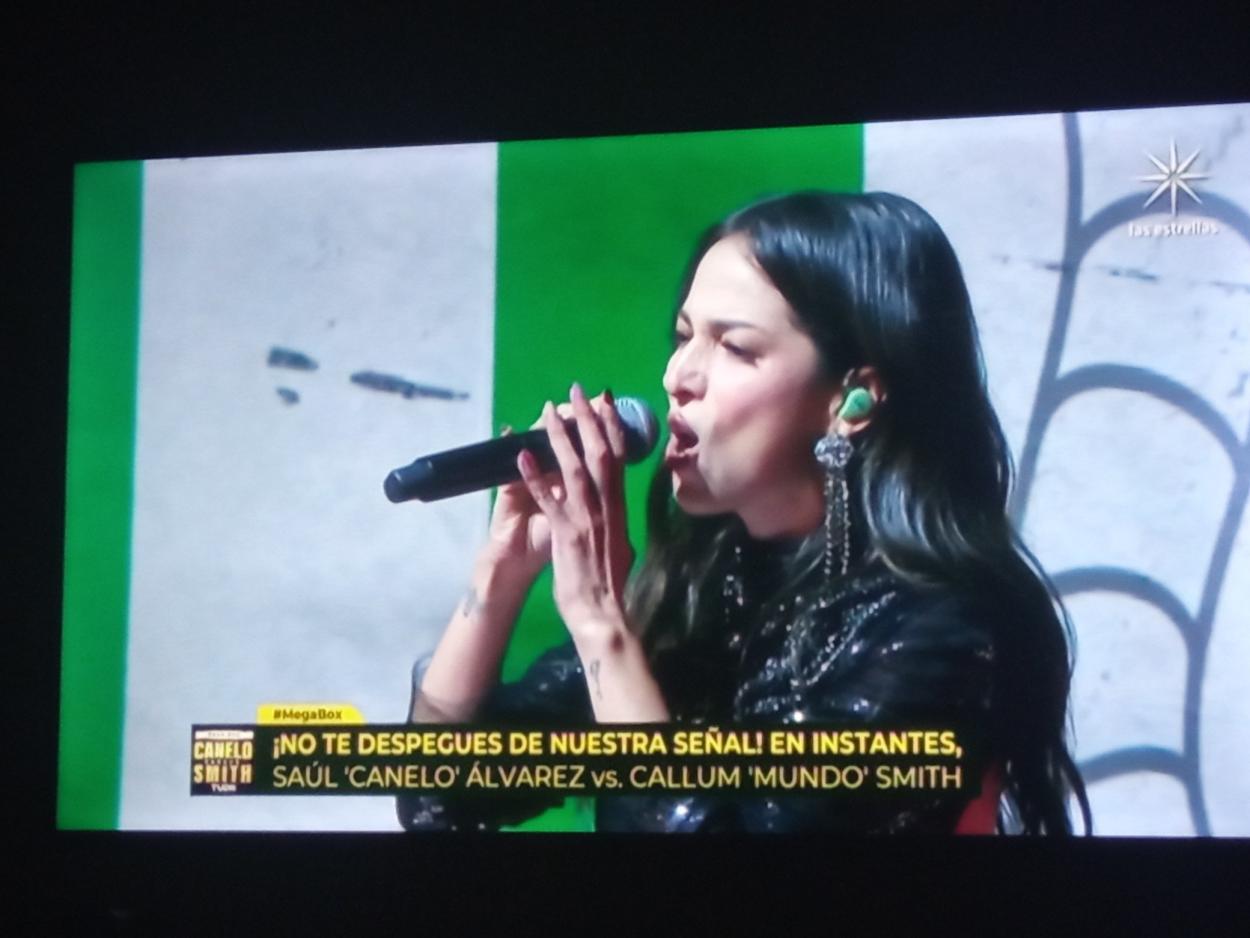 The anthem of Great Britain was sung, followed by the anthem of Mexico sung by Paty Cantú.
12:14 AM9 months ago

The stage is set

The ring is ready announcing the long awaited fight between Canelo and Smith. 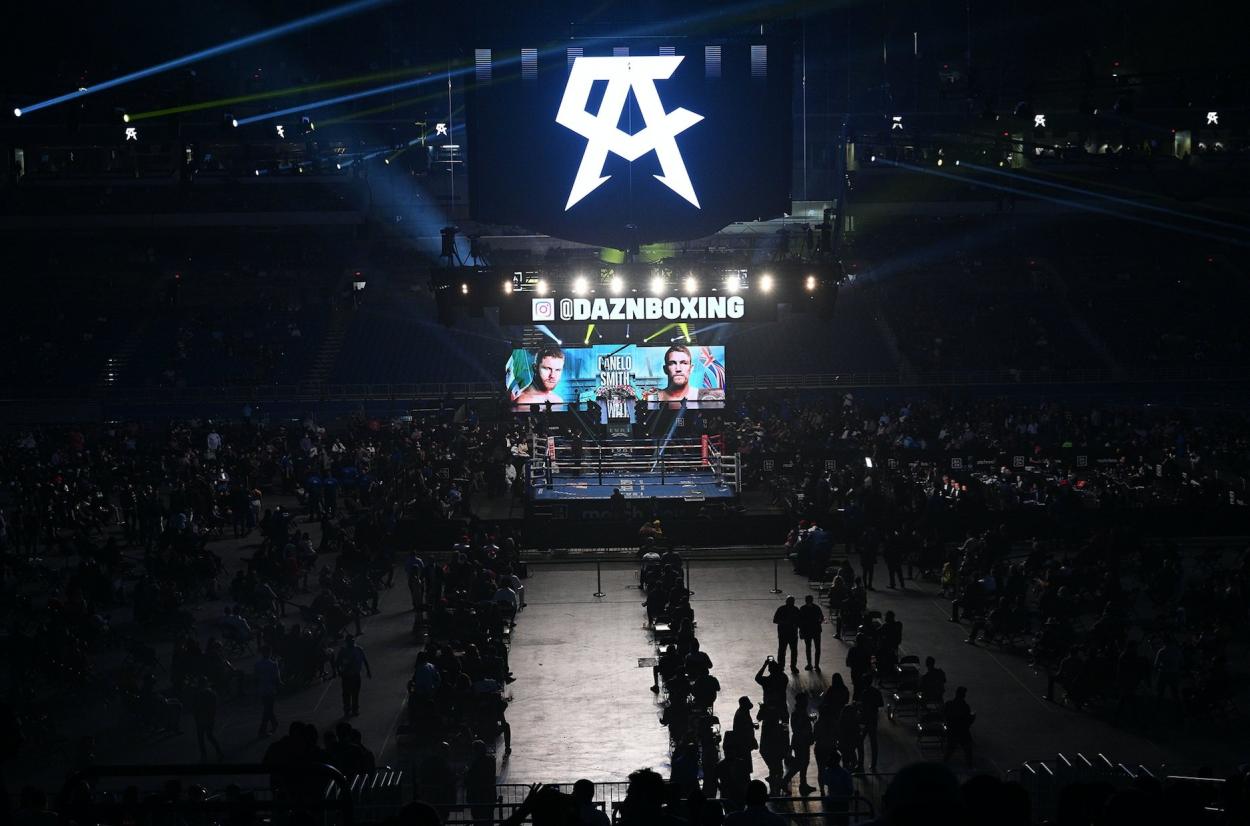 This was the official poster in early December to make the fight official. It should be remembered that El Canelo plans to fight in the first quarter of 2021, will there be a rematch against Golovkin? 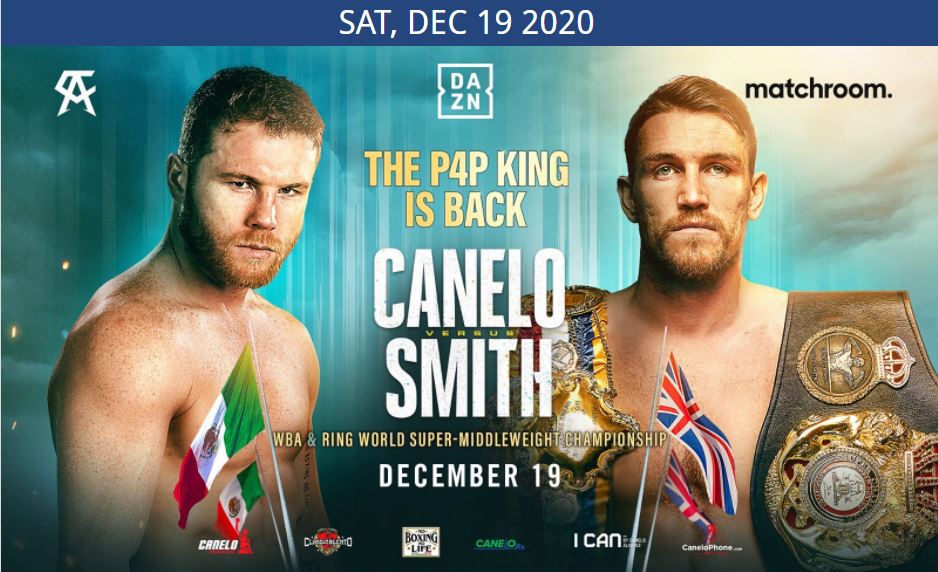 Mexican golfer Abraham Ancer is present at the Alamodomo to support his compatriot, Canelo Alvarez. 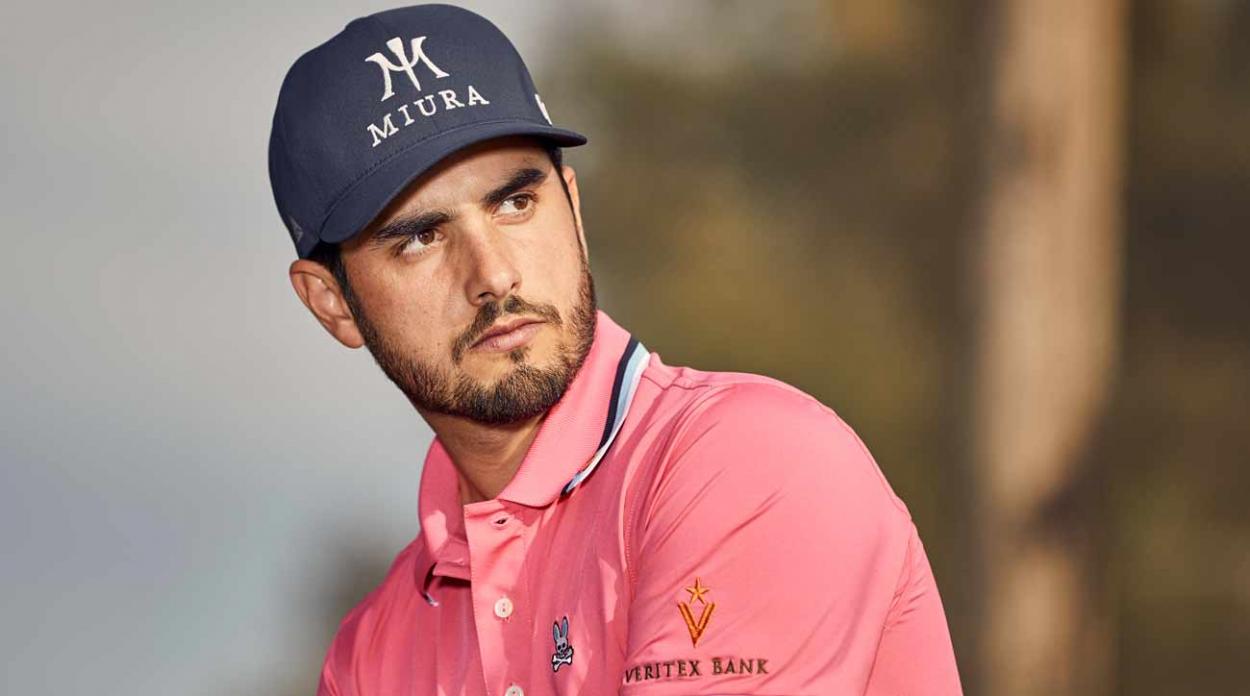 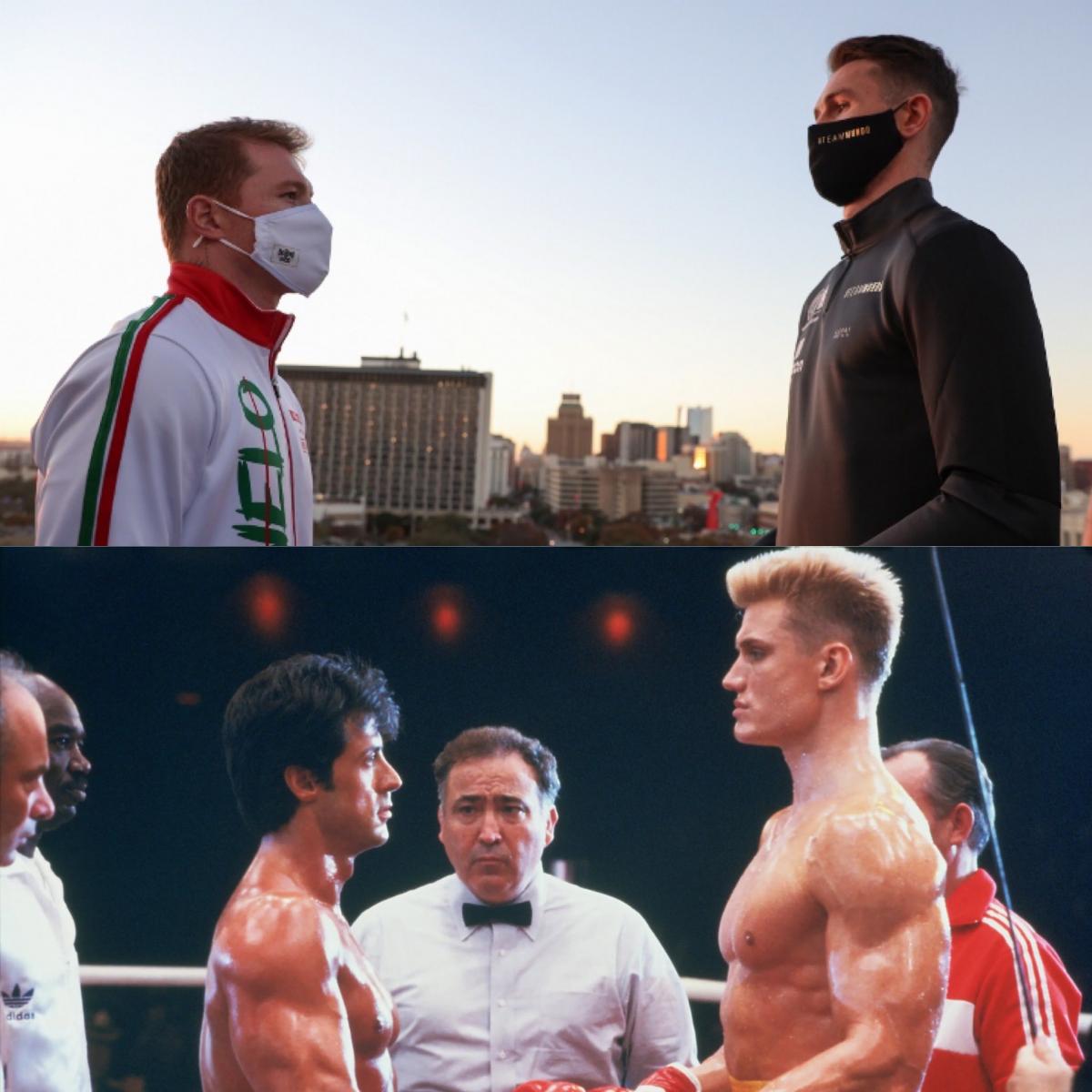 Marc Castro sent the canvas in the third round to Valdes, who could no longer get up. 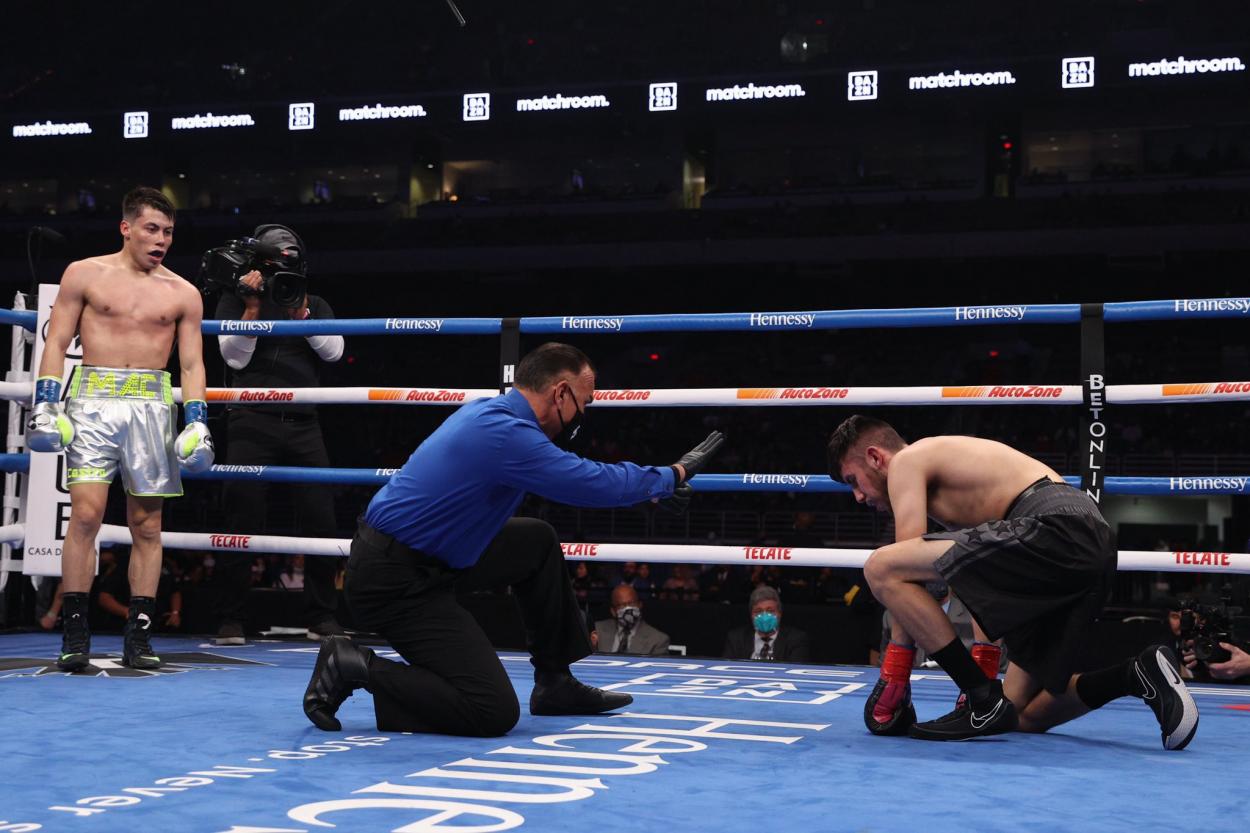 The bets favour it

In Las Vegas, Canelo is the favorite to win, but can he do it by knockout?

After Castro's victory, at any moment Canelo will enter the ring. The Mexican is back to prove that he is still the best in terms of weight. 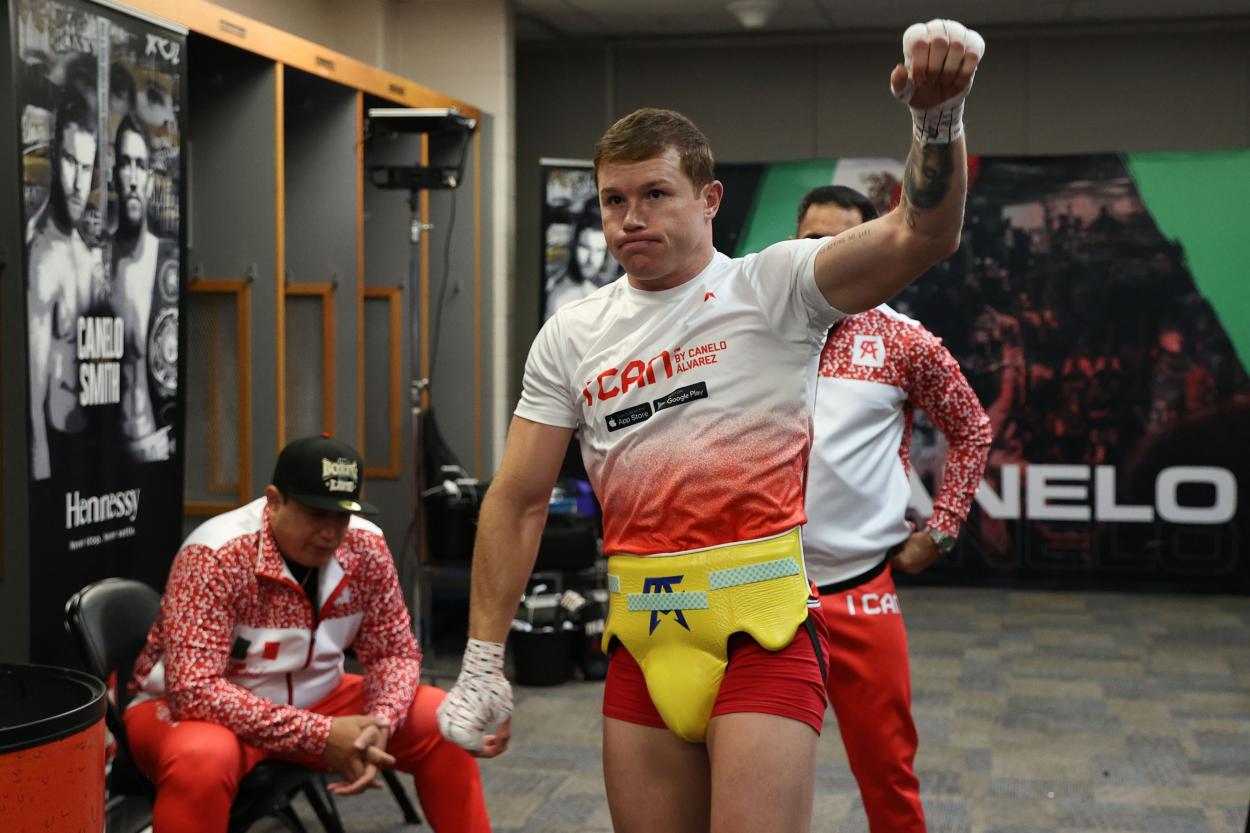 Combination of left and right from Castro to Valdes in the third round and this fight is over.
11:49 PM9 months ago

The Canelo is relaxing before getting into the ring, something it hasn't done since November 2019. 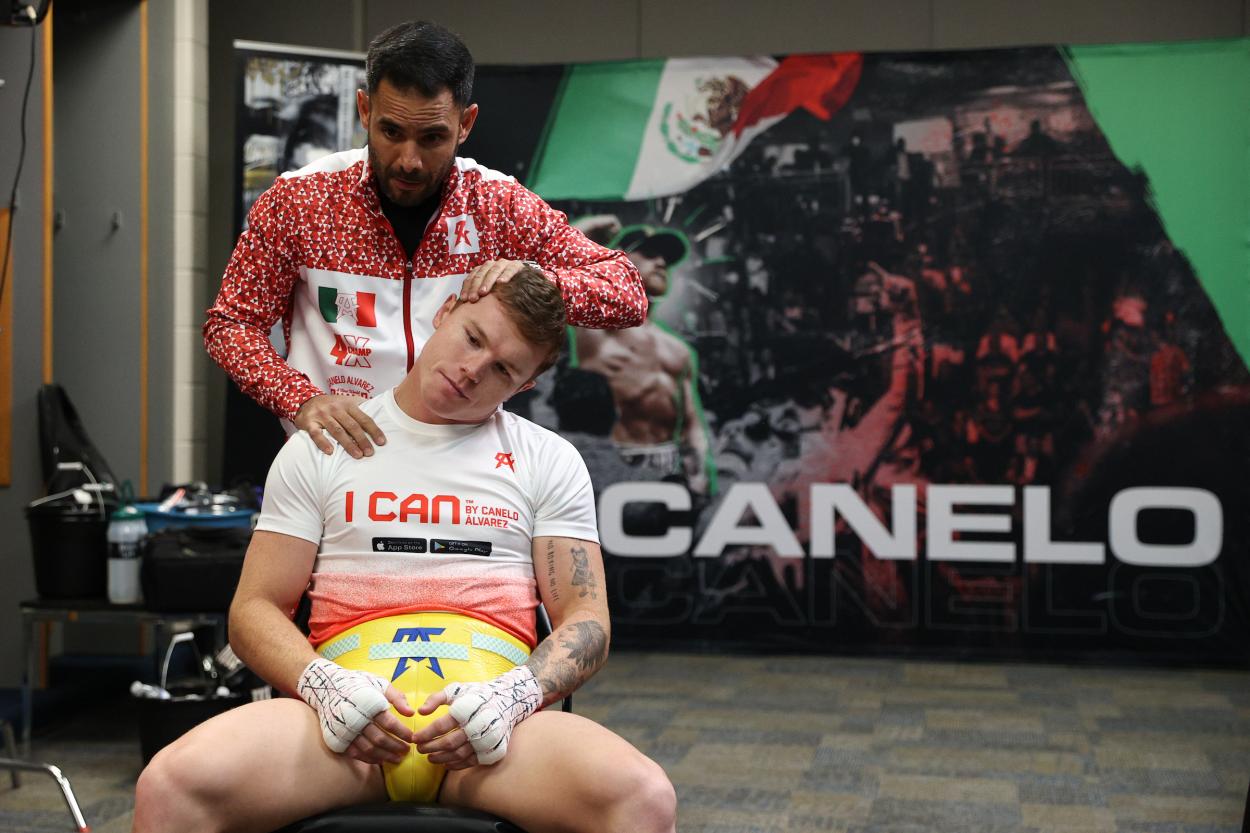 Valdes fell and came within a hair's breadth of leaving the fight, but rose again in spite of Castro's fury. A round that could be key in the fate of the fight.
11:44 PM9 months ago

First round of knowledge between Valdes and Castro, although at the end there was a fall which, it seems, was caused by a slip.
11:42 PM9 months ago

Smith has not lost as a professional. Will Canelo be able to take away his undefeated record and provoke his first defeat? 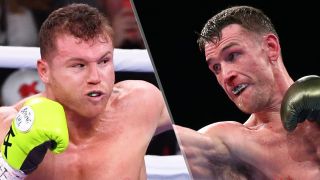 It is already being prepared

El Canelo is already finalizing details for his fight that will take place after the fight of Castro vs Valdes. 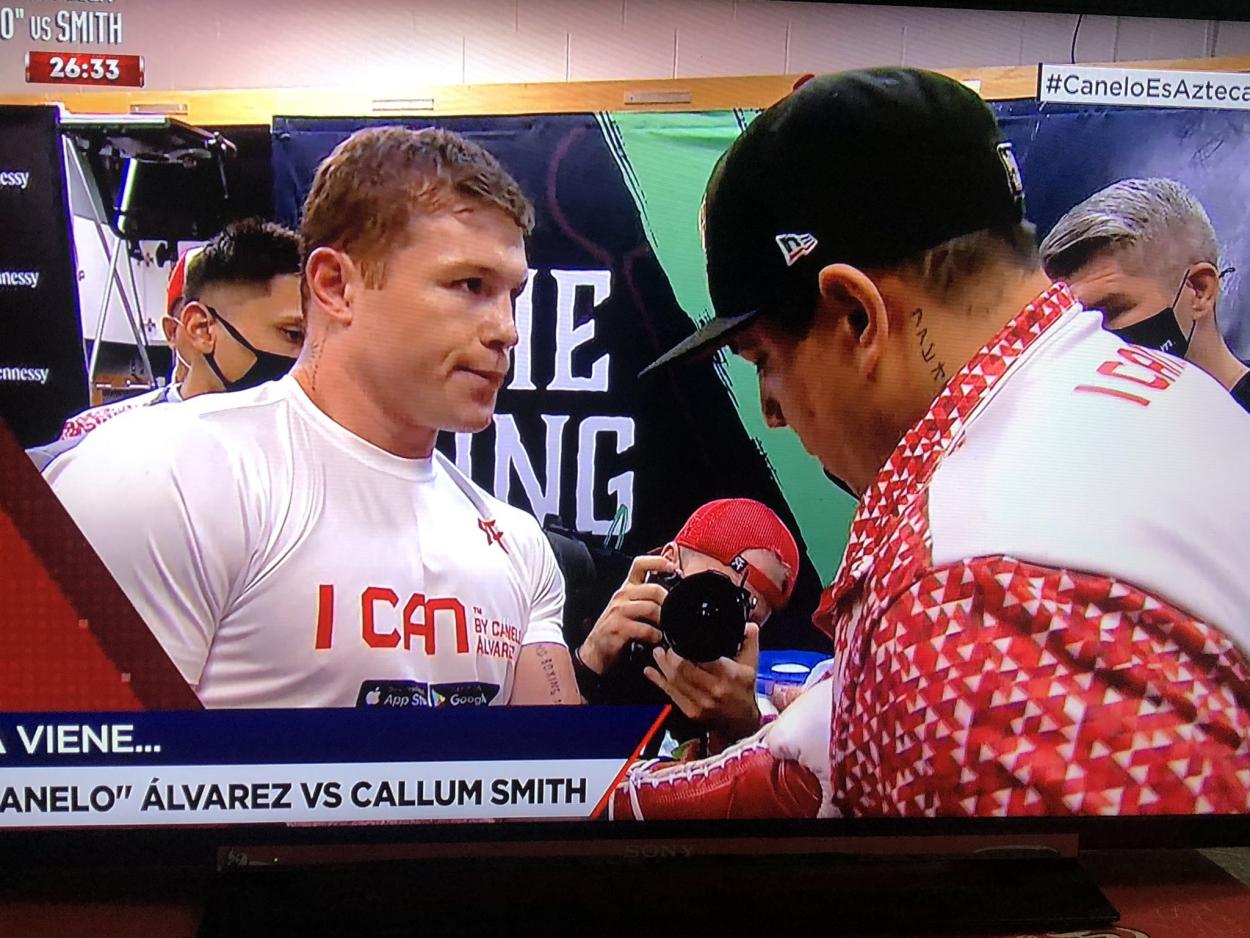 Luis Valdez vs Marc Castro comes next and both fighters already jump into the ring.
11:33 PM9 months ago 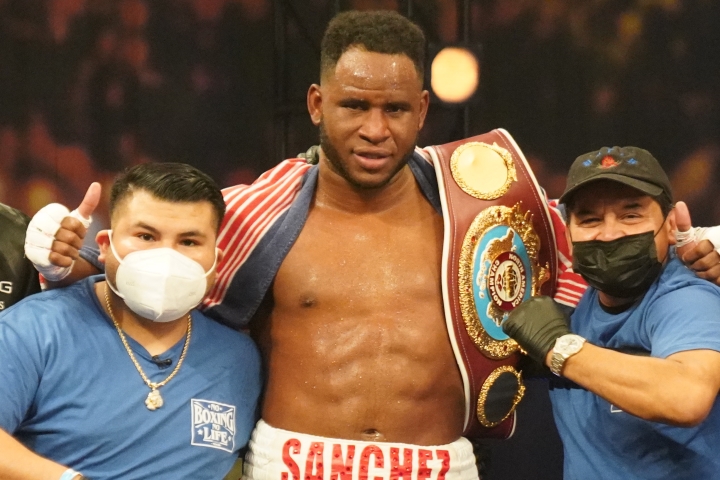 Already in the dressing rooms

Callum Smith is ready and eager to return to the ring, in what will be the acid test of his career. 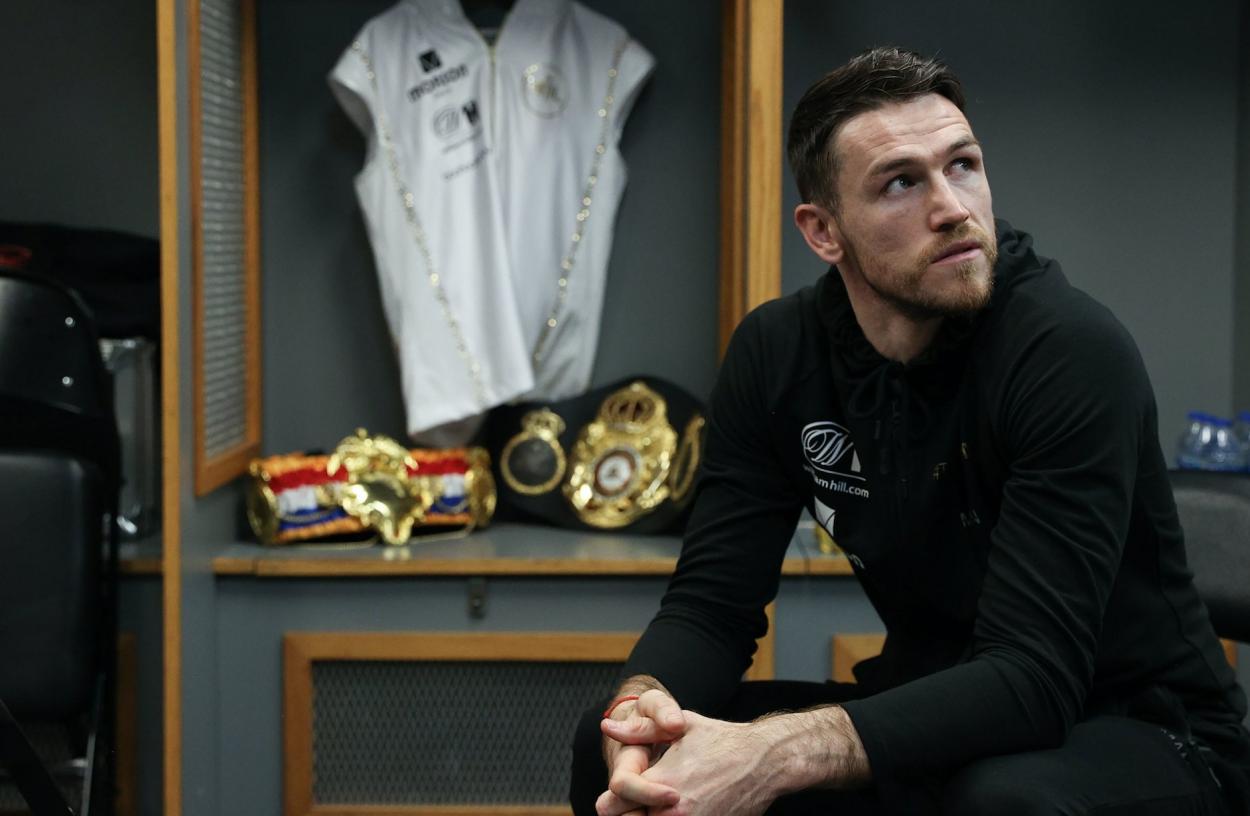 The singer Paty Cantú will be in charge of singing the Mexican anthem at Saúl Canelo Álvarez's fight. 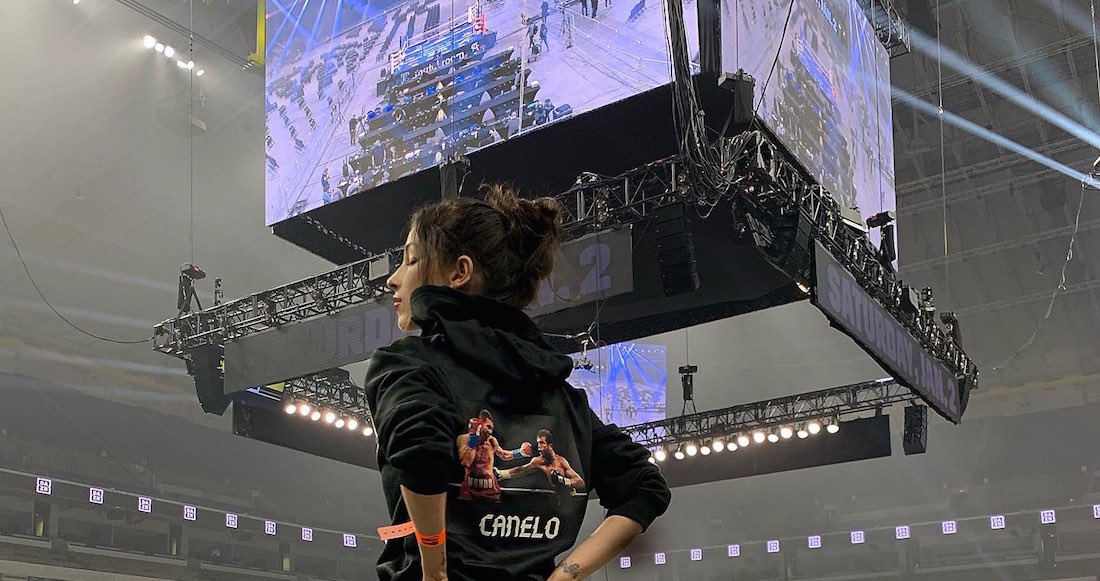 A few moments ago Austin Williams beat Isiah Jones by knockout in an extremely fast fight.
11:15 PM9 months ago

With a renewed spirit

After leaving Golden Boy Promotions, Canelo did everything possible to have a fight in this atypical 2020 and tonight he will return to the ring, so he did not hesitate to express his happiness on his social networks with this photo. 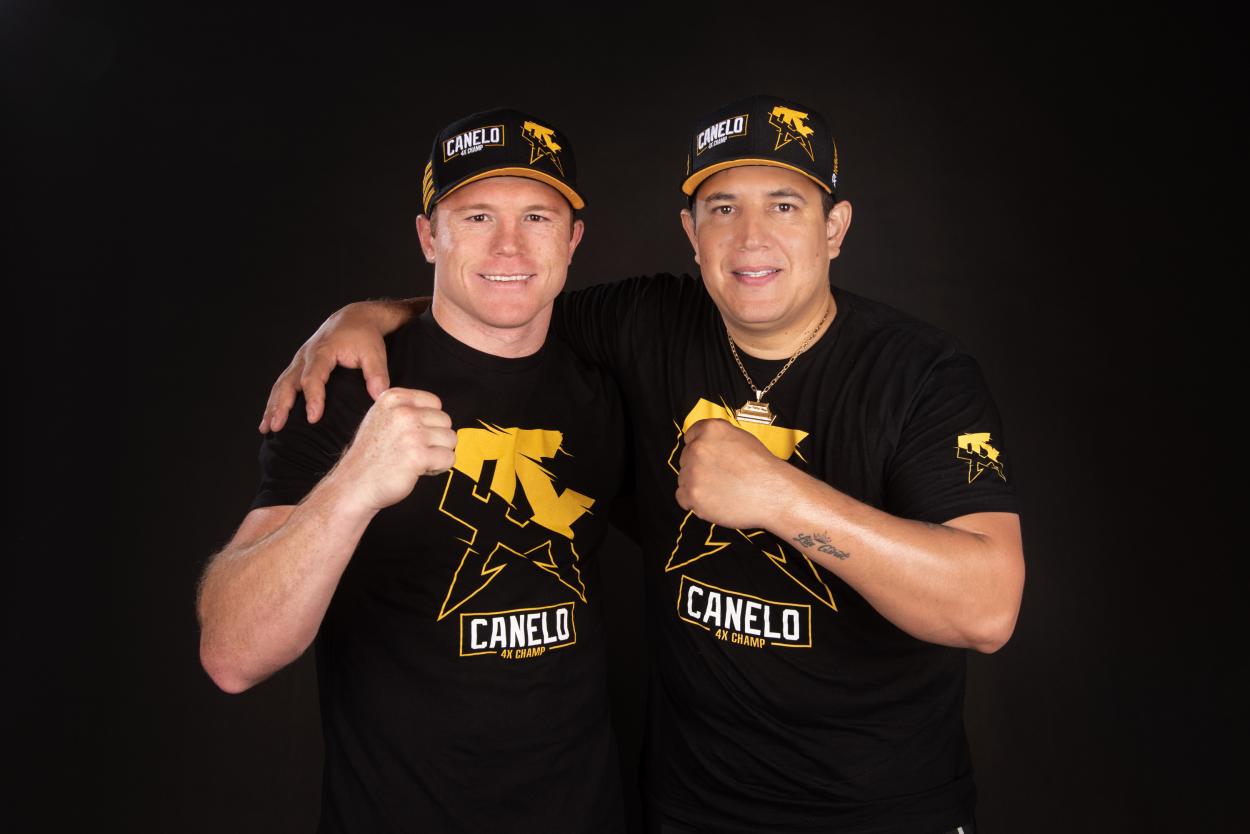 Cuba's Frank Sanchez unleashed a blistering right-wing shot at Mexico's Hernandez to beat him by a knockout.
11:05 PM9 months ago

Under the legend "Team Canelo" on the T-shirts, the fans have been arriving at the Alamodome for some time now to witness a promising boxing evening. 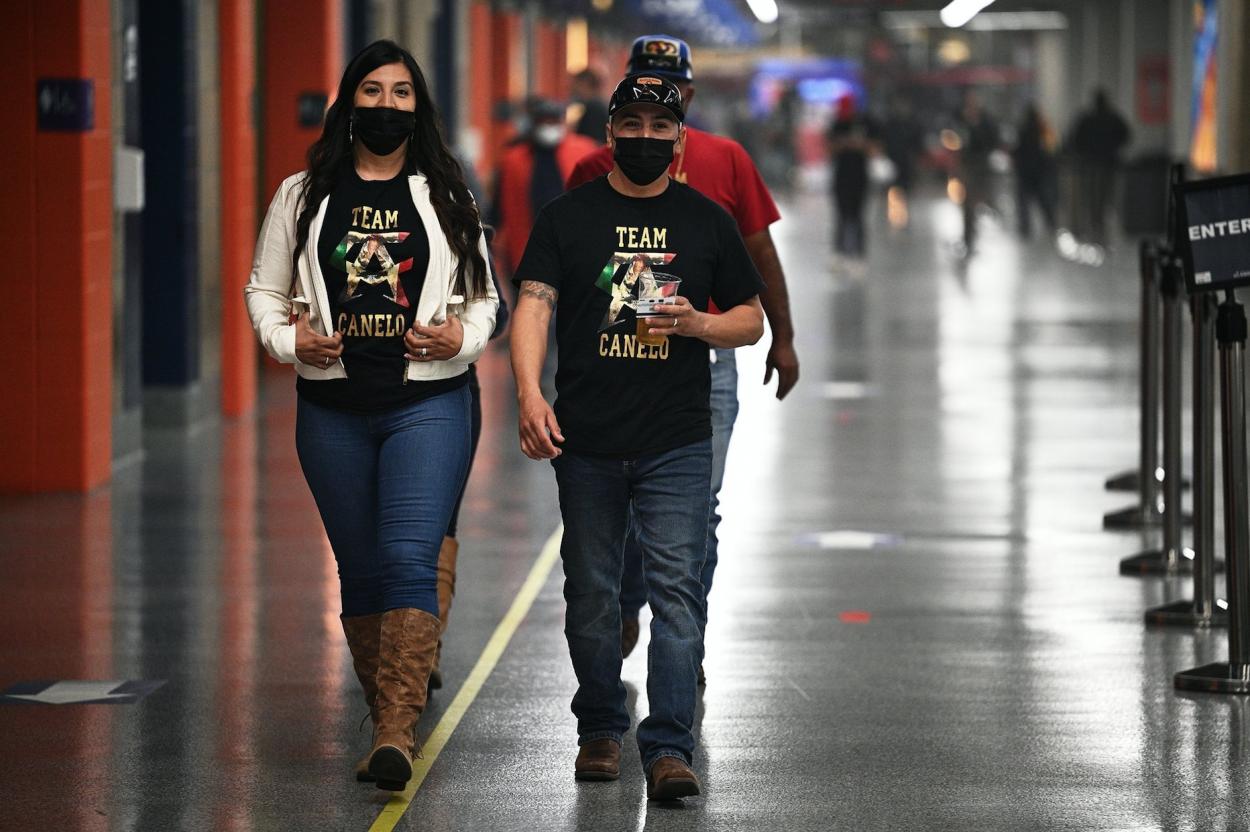 The Alamodome is complying with the health measures to be able to host the 12,000 fans who will have the opportunity to witness the fight between Canelo and Smith tonight. 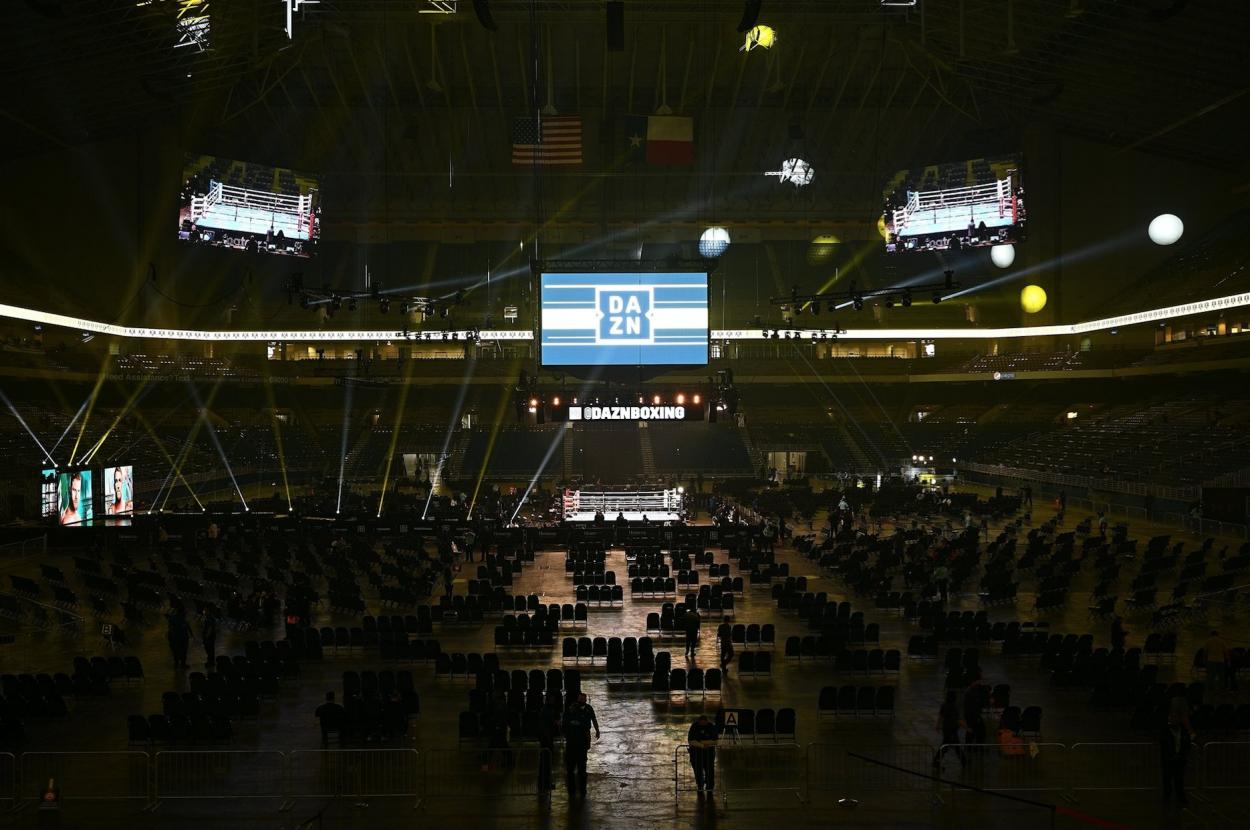 Both The Canelo and Smith have already arrived at the Alamodomo for December's star fight. 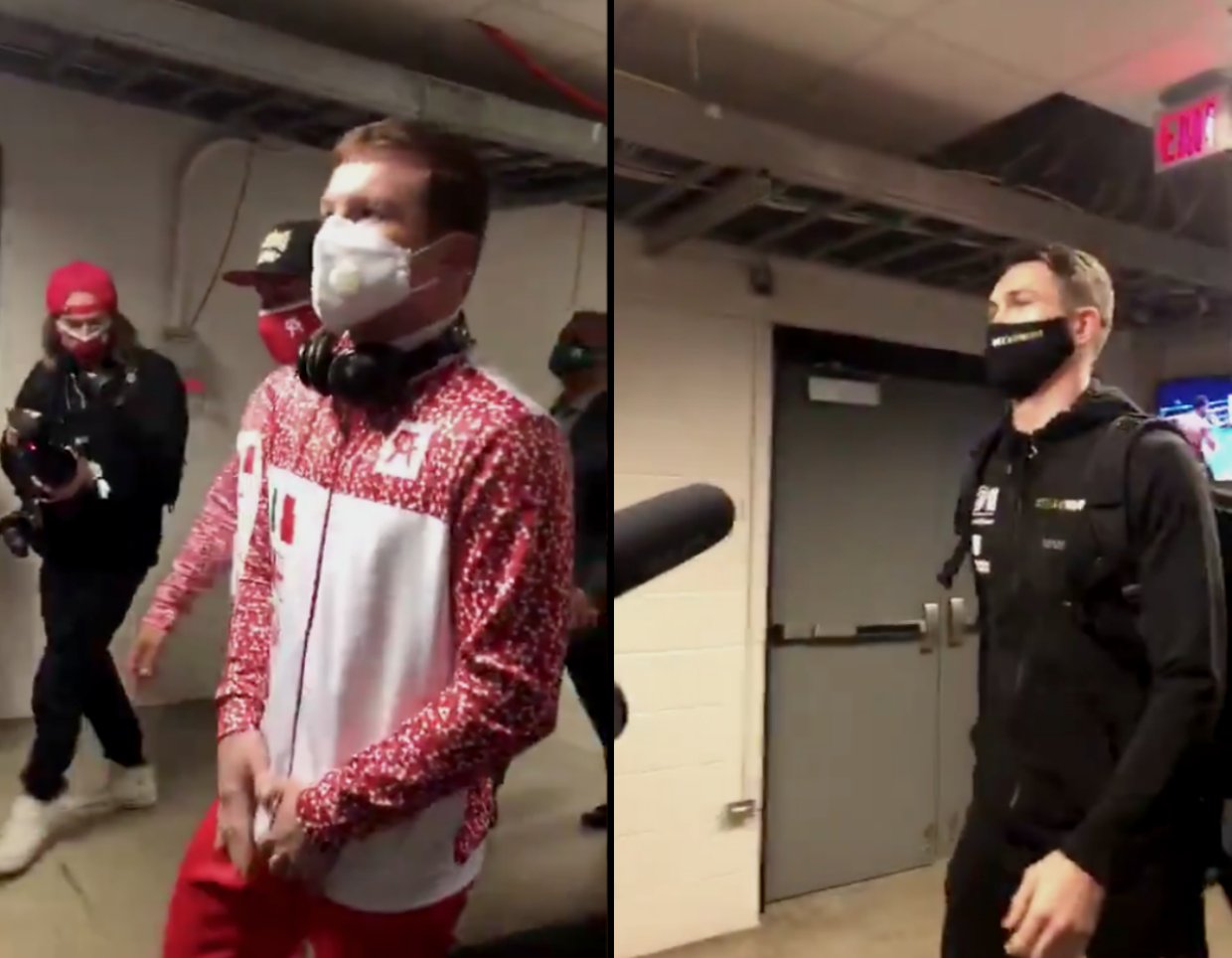 These are the facts you need to know for the Canelo and Smith fight, the first for both in 2020. 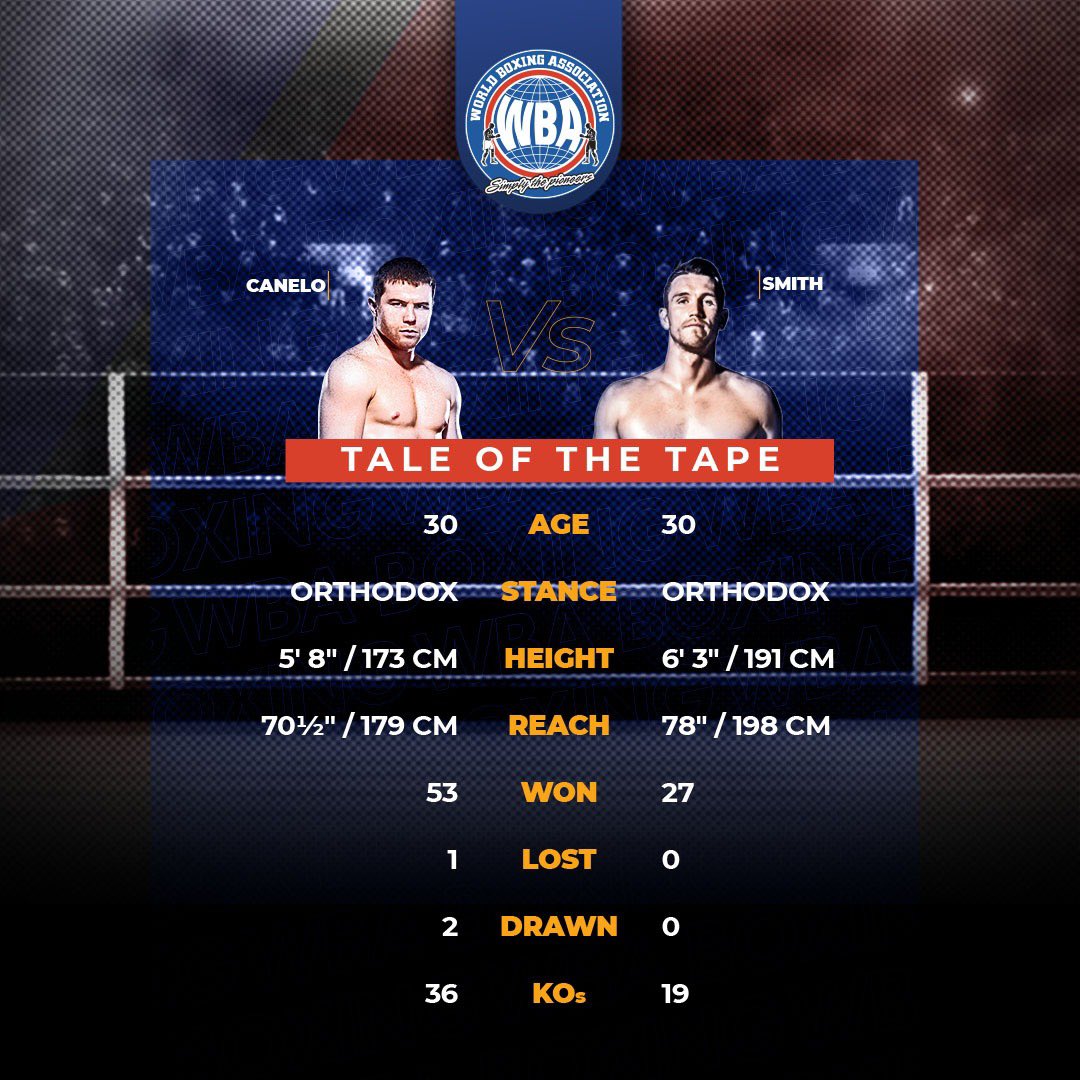 Careful with your height

Callum Smith is 1.91 cm tall and could be key when facing Canelo, when he takes almost 20 centimetres off. We will have to keep an eye on Canelo's strategy. 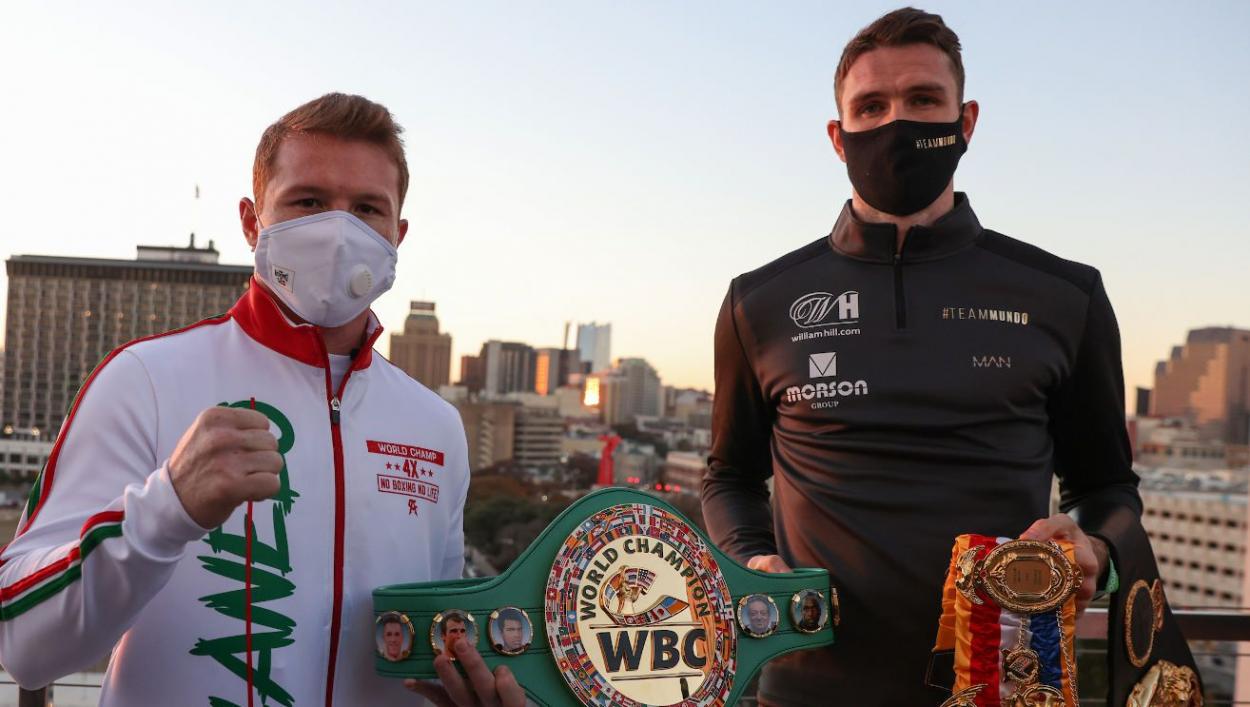 Raymond López beat "Lobo" López in the seventh round by knockout in one of the fights prior to Canelo Álvarez. 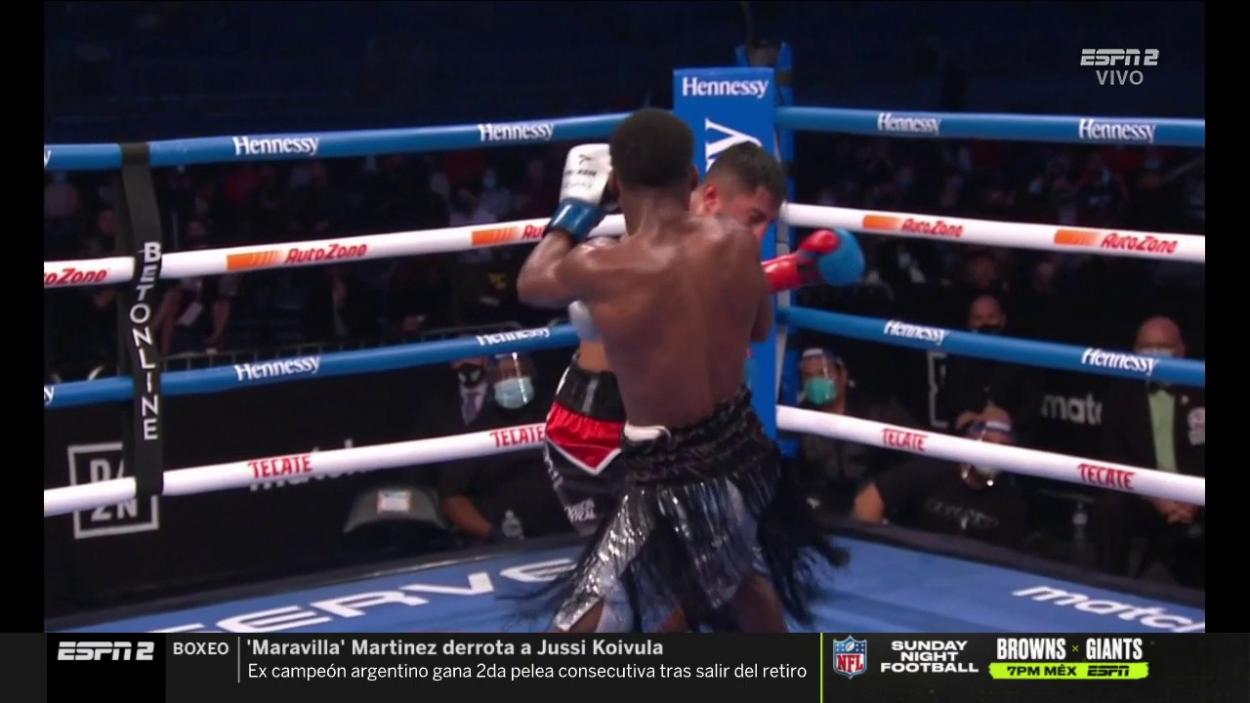 The fight of the year is here when Mexico's Saul Canelo Alvarez takes on England's Callum Smith from San Antonio, Texas. We begin with the coverage.
10:25 PM9 months ago

Do not miss a detail of the match with the live updates and commentaries of VAVEL. Follow along with us all the details, commentaries and analysis for this Canelo Alvarez vs Callum Smith fight.
10:20 PM9 months ago

How to watch Canelo Alvarez vs Callum Smith Fight: Live TV and Stream

This fight will not be broadcast by any TV network in the world.

Before the starring fight, this will be the previous billboard: Luis Javier Valdéz vs Marc Castro; Isiah Jones vs Austin Williams; Juan Antonio 'Lobo' López vs Raymond Ford and Julián Fernández vs Frank Sánchez.
10:10 PM9 months ago

The Englishman remains undefeated after 27 fights, all of which he has won and 19 of which were by knockout; his last fight dates from 23 November after defeating his compatriot John Ryder. 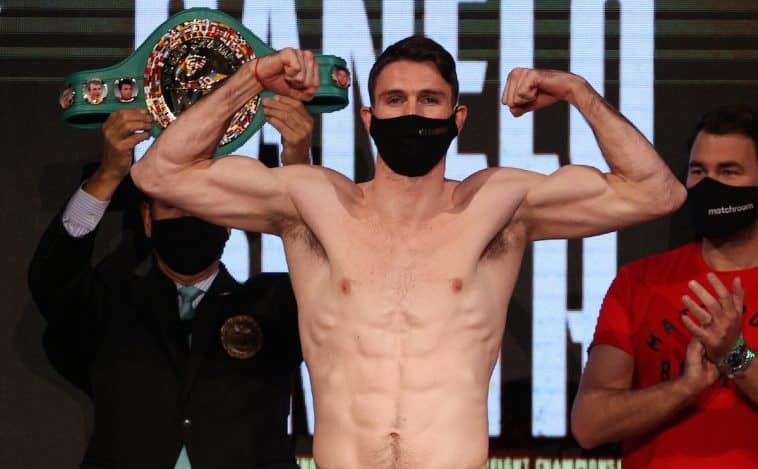 The Canelo has fought 58 times with a total of 53 wins (36 by way of knockout), one defeat and two draws; its last fight was on 2 November when it beat Russia's Sergey Kovalev by K.O.
10:00 PM9 months ago

Despite the coronavirus pandemic, the Alamadome in San Antonio will meet all the necessary health measures to accommodate 12,000 spectators.
9:55 PM9 months ago

They complied with the weighing

This Friday both Canelo Alvarez and Callum Smith completed the weighing of 168 pounds, in addition to testing negative for coronavirus. 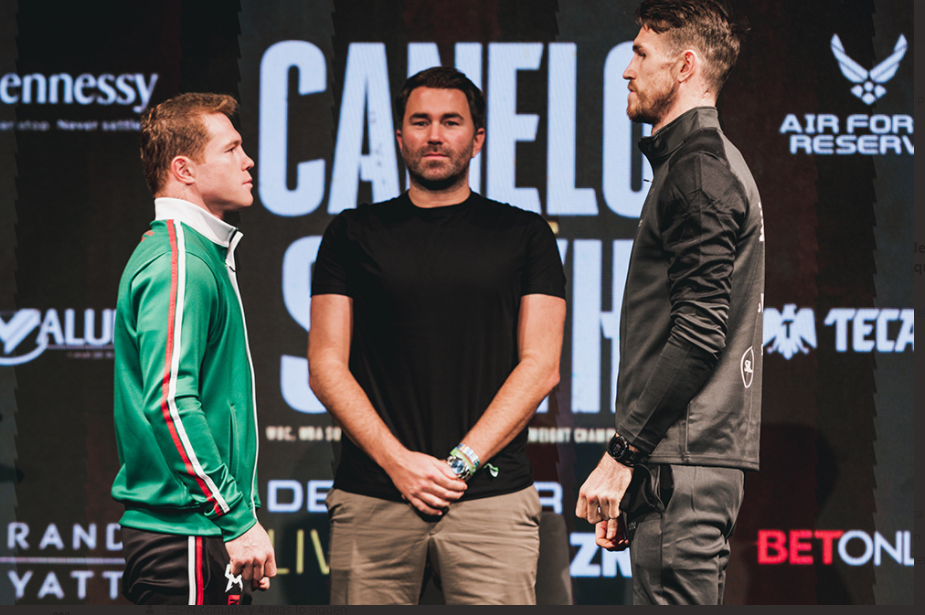 Smith said that this fight will serve to confirm that he is at the level of the best and continue to win titles in his career:

"I've wanted a fight ever since I became world champion, so I'm very happy that in such difficult times we can offer fans a fight between the best in the category,

It will not affect inactivity

Despite the fact that he has not fought for 13 months, El Canelo promised that there will be a great quality boxing evening for all the people who had asked for his return.

"We are more ready than ever. It has been a long wait but he assured them that it will be worth it. We are a disciplined team that is ready for any hour and day. We just want to keep growing.

A little over a year of inactivity and after changing promoter, Canelo Alvarez will have a fight where he will seek to endorse his super middleweight title.
9:35 PM9 months ago

The Canelo Alvarez vs Callum Smith fight will take place at the San Antonio, Texas (Alamodome). The start time is scheduled at 11pm ET.
9:30 PM9 months ago

Welcome to VAVEL.com’s LIVE coverage of the fight Canelo Alvarez vs Callum Smith! My name is Adrian Hernandez and I’ll be your host for this fight. We will provide you with pre-fight, analysis, updates, and news as it happens live here on VAVEL.