ALA0
END5 days ago 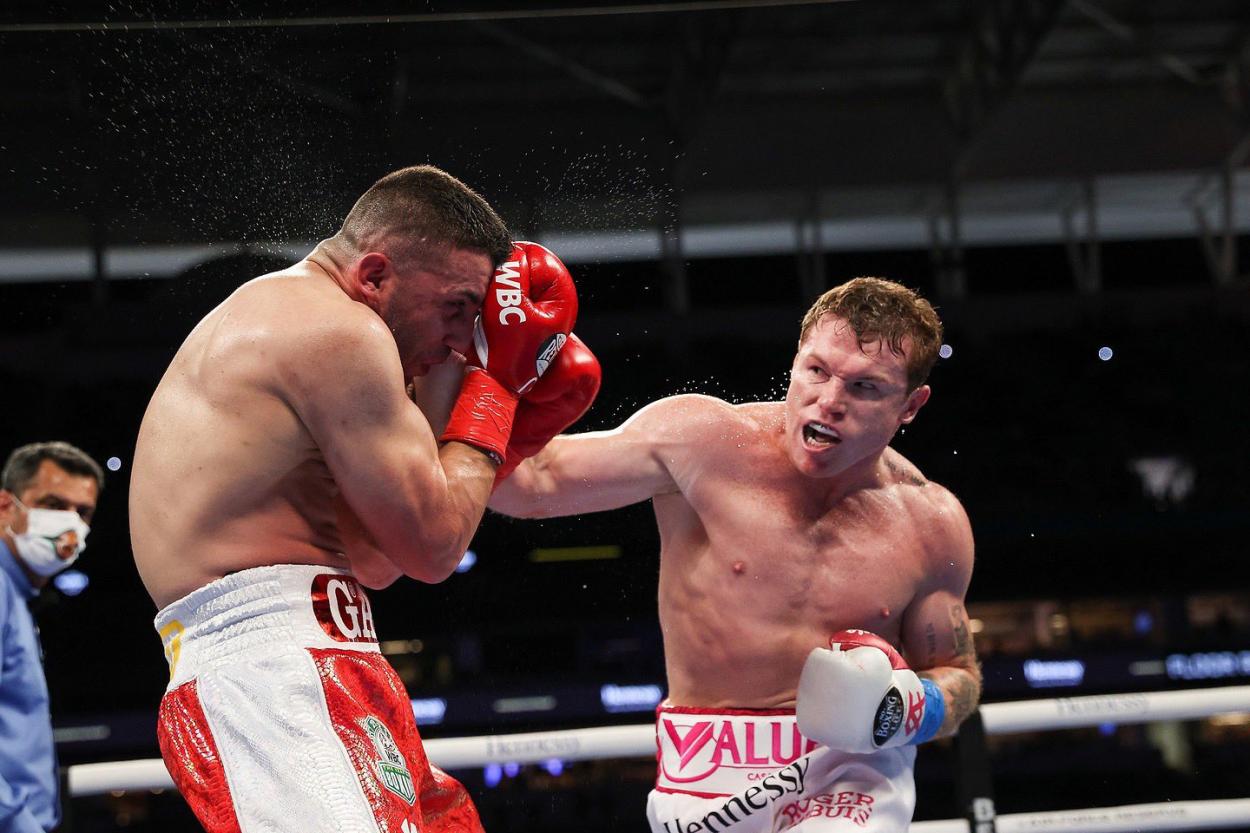 Thank you for following the broadcast of Canelo Alvarez's fight against Avni Yildirim for the WBA and WBC super middleweight title. Canelo's next fight will be held on May 8. See you next time.
11:10 PM2 months ago

The moment of the coup 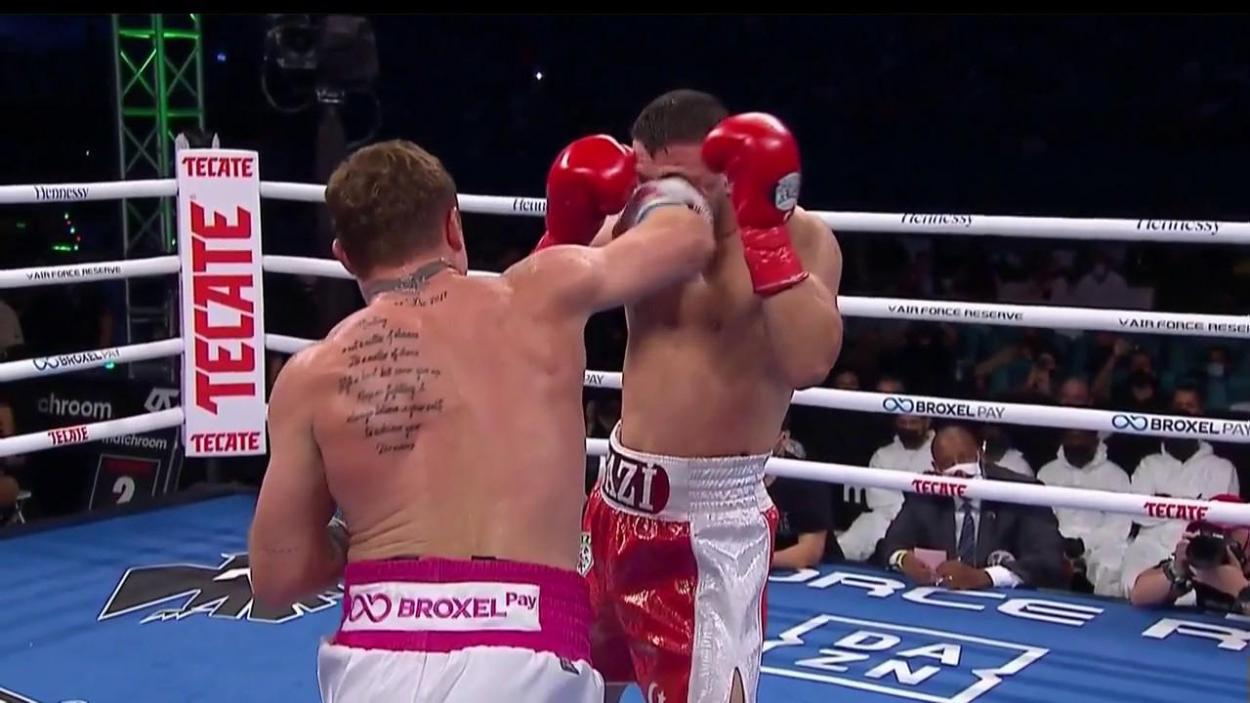 How Canelo was proclaimed champion 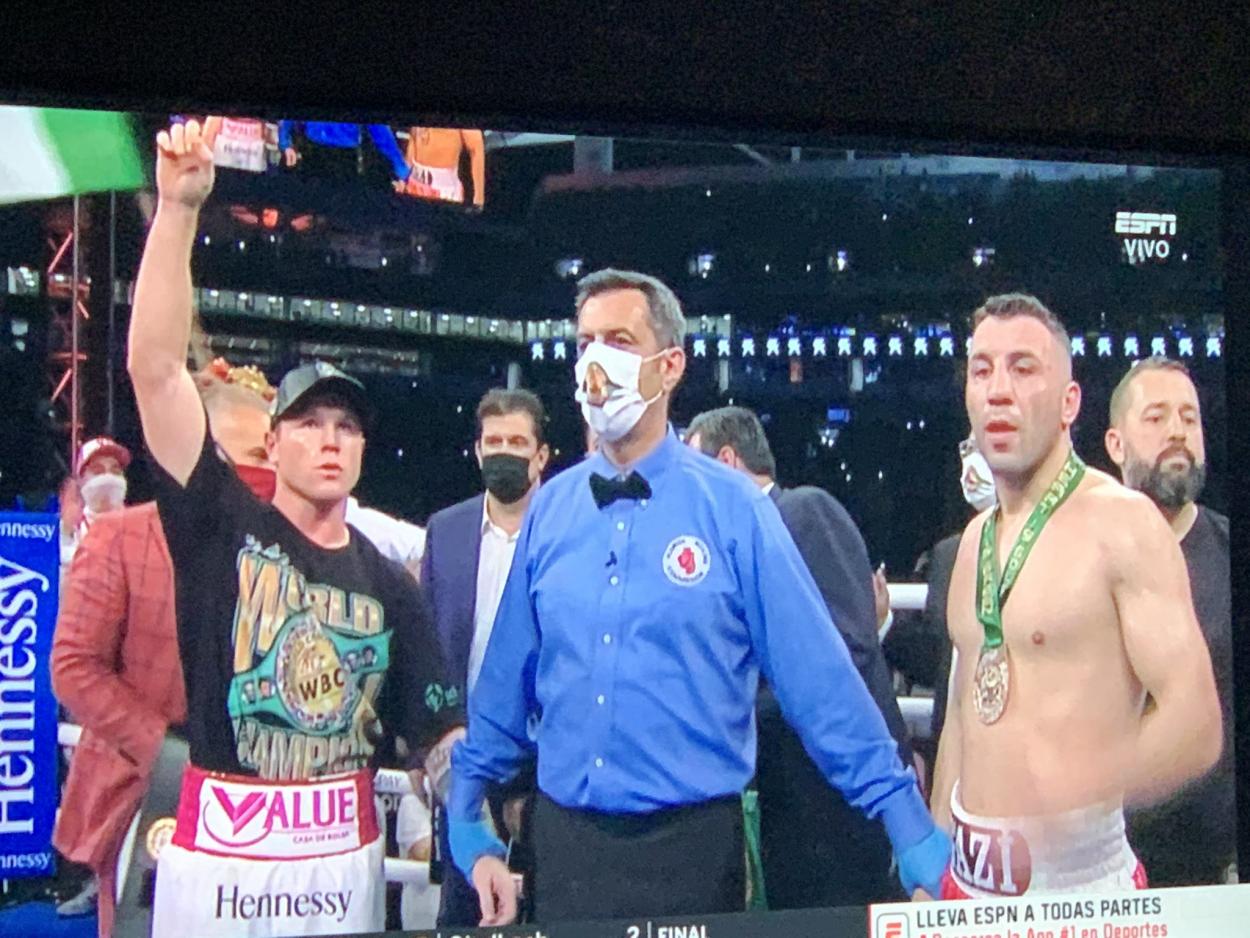 Summary of the third round

Canelo Alvarez retains the WBC and WBA super middleweight titles without much trouble in defeating Yildirim.
10:55 PM2 months ago

Yildirim no longer came out for the fourth round and the fight is over. Categorical victory for Canelo Alvarez.
10:55 PM2 months ago

This is how the second episode went

In the first minute Canelo unleashed the first lethal blow that sent Yildirim to the canvas, who held on, but very static and leaving his guard open, where he received several more blows from Alvarez with his imposing right hand.
10:50 PM2 months ago

This is how the first round went

The Canelo Alvarez has taken the baton of the fight, trying to pull out some oper and hooks and, above all, a right hand that reached to connect in Yildirim and made the Hard Rock Stadium vibrate.
10:45 PM2 months ago

First episode of acquaintance, few blows and none has taken the initiative. The first three minutes quite closed in Miami.
10:42 PM2 months ago

This is how Canelo entered the Hard Rock

The following are presented

Tonight's judges and boxers are introduced at the home of the Miami Dolphins, Hard Rock Stadium.
10:36 PM2 months ago

There is an atmosphere with Balvin 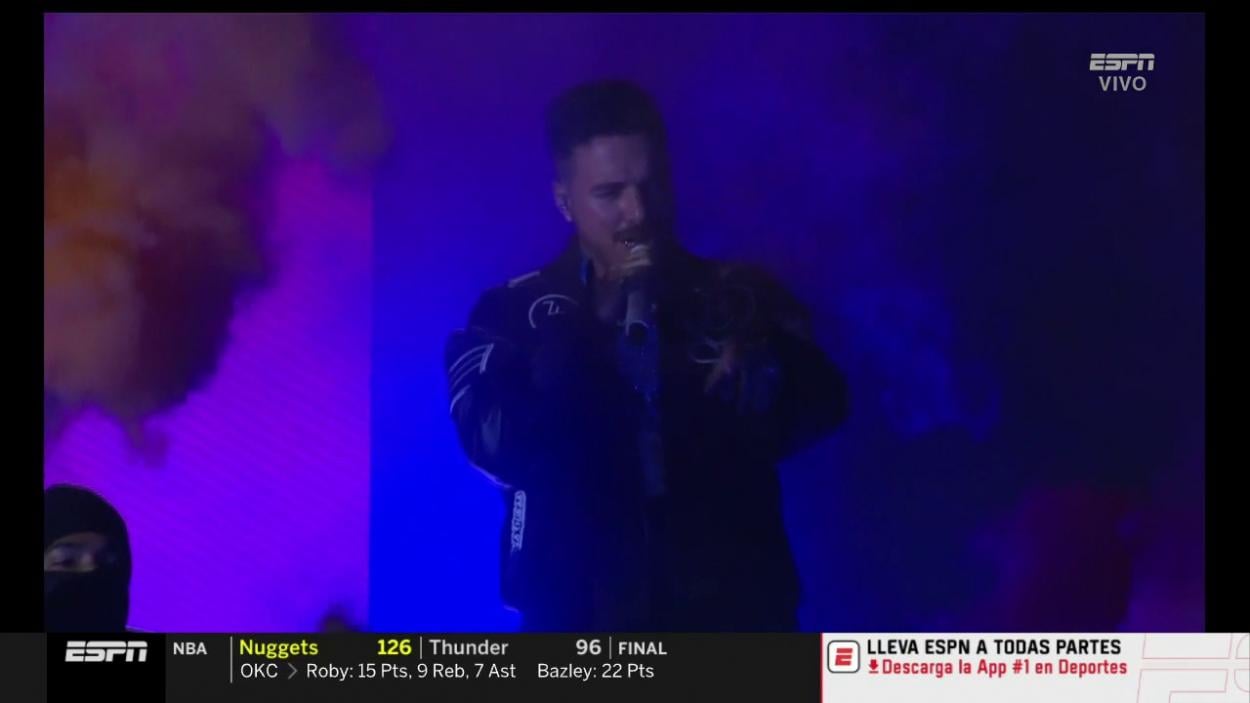 To a standing ovation, Canelo makes his appearance at the Hard Rock Stadium with a live performance by j Baldin.
10:29 PM2 months ago

Yildirim makes his appearance at the stadium to try to spring a surprise and inflict his second defeat on the Mexican.
10:27 PM2 months ago

The national anthem of the United States is sung.
10:27 PM2 months ago

The Canelo is minutes away from entering the ring. 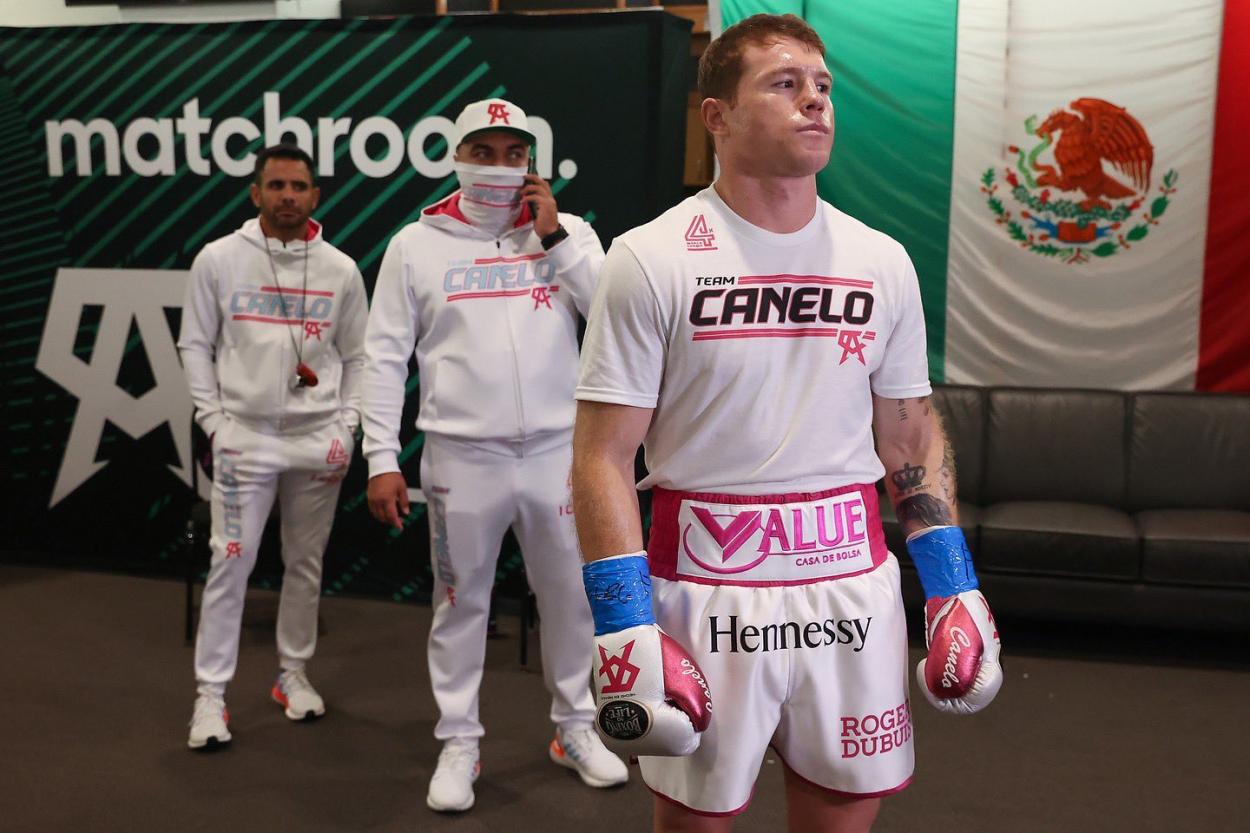 What a hand in hand

This Friday was the weigh-in and, as always, there was the traditional face to face between Canelo and Yildirm. 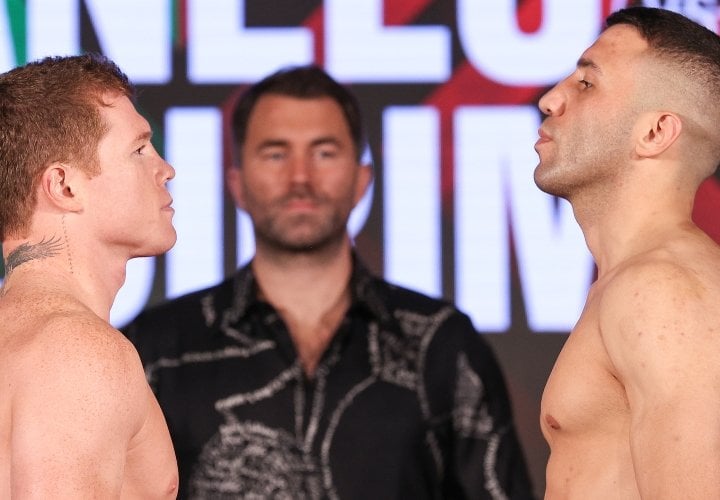 Arroyó won the interim world title by technical knockout in the 5th round after defeating Mexican Abraham Rodríguez. 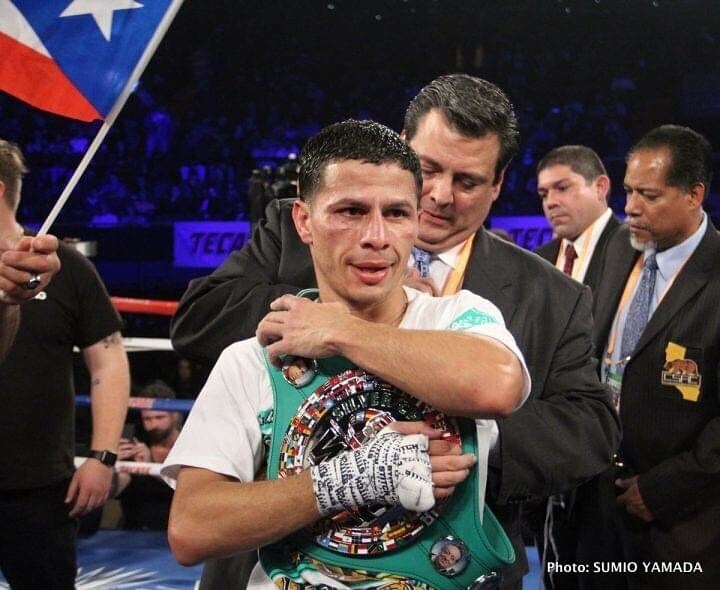 Statistics between Canelo and Yildirim 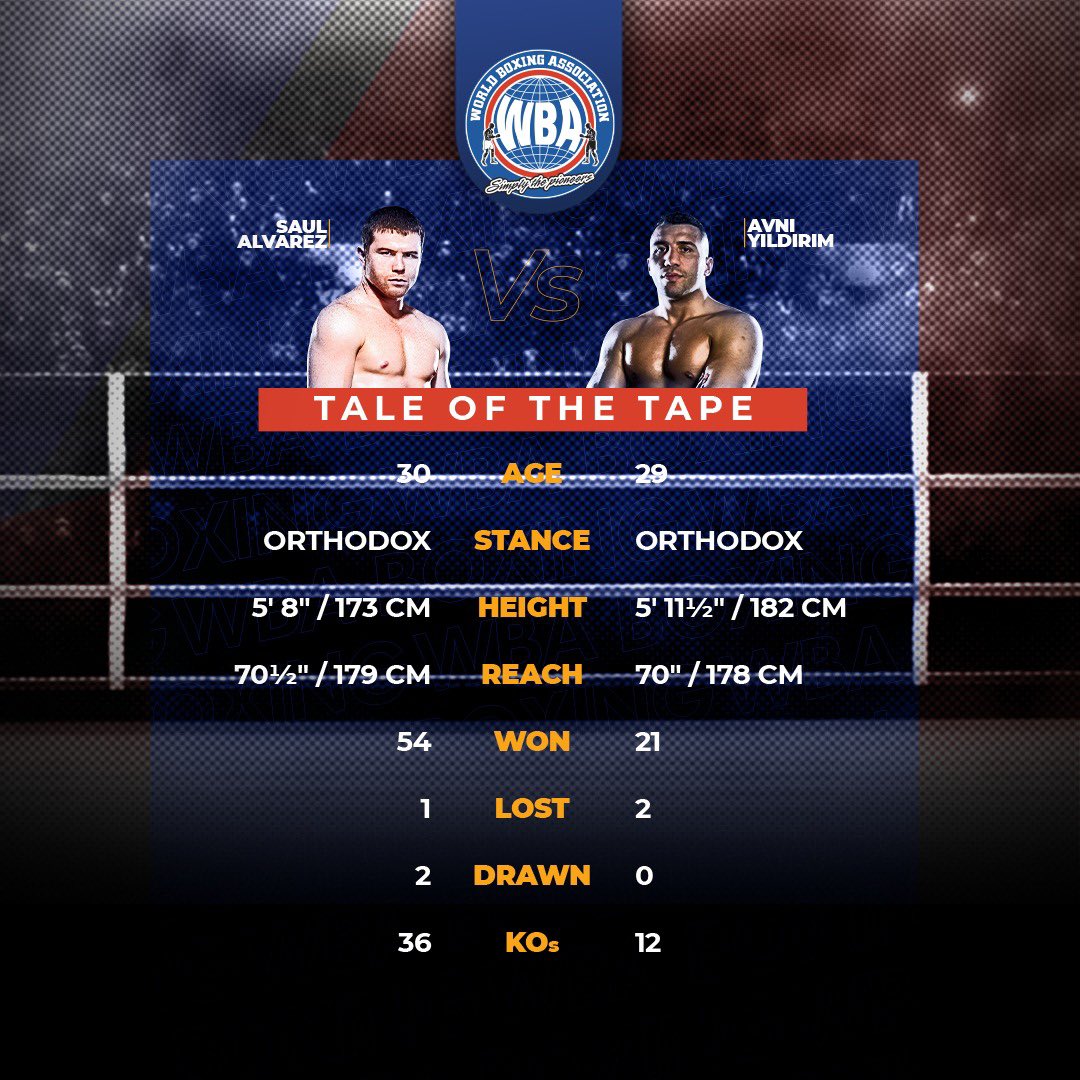 Castro once again unleashed the right hand that knocked Moraga down and, when he got up, sent him to the canvas again to take the victory in Miami, Florida.
10:12 PM2 months ago

Castro knocked down Moraga in the first moments and that was enough to win the first episode.
10:08 PM2 months ago

Castro vs. Morada, a four-round bout, is currently underway prior to the Canelo Alvarez fight.
10:05 PM2 months ago

This is how he relaxed

Turkey's Avni Yaldirim, when he arrived at the stadium, relaxed a bit before his first fight in the last two years. 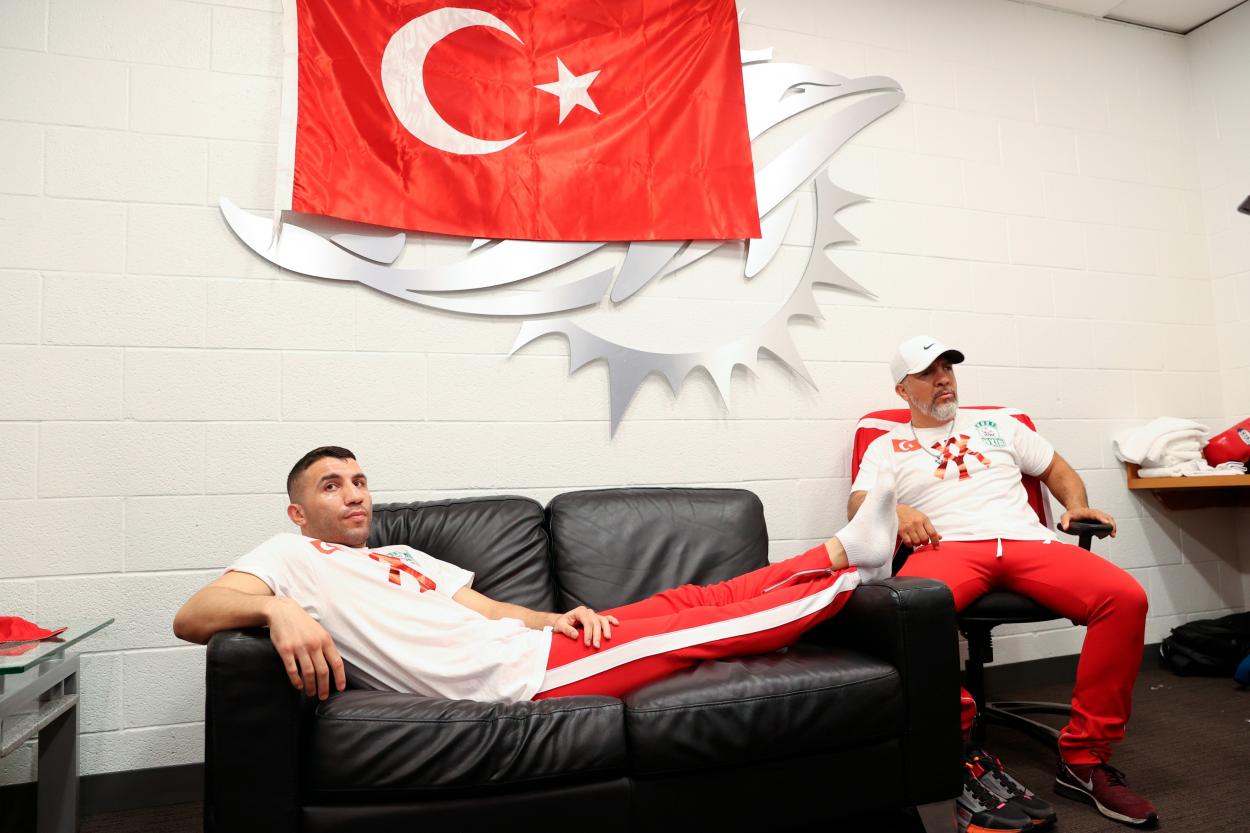 30 years old, 38 knockouts, eight world championships and four in different divisions, are some of the facts that place Canelo as the best boxer in the world.
10:02 PM2 months ago

They are already preparing

Both Canelo Alvarez and Avni Yildirim are already fine-tuning the final details prior to tonight's ceremony.
9:59 PM2 months ago

We are minutes away from the start of the Canelo Alvarez vs Avni Yildirim fight in Miami, to retain their WBC and WBA belts. 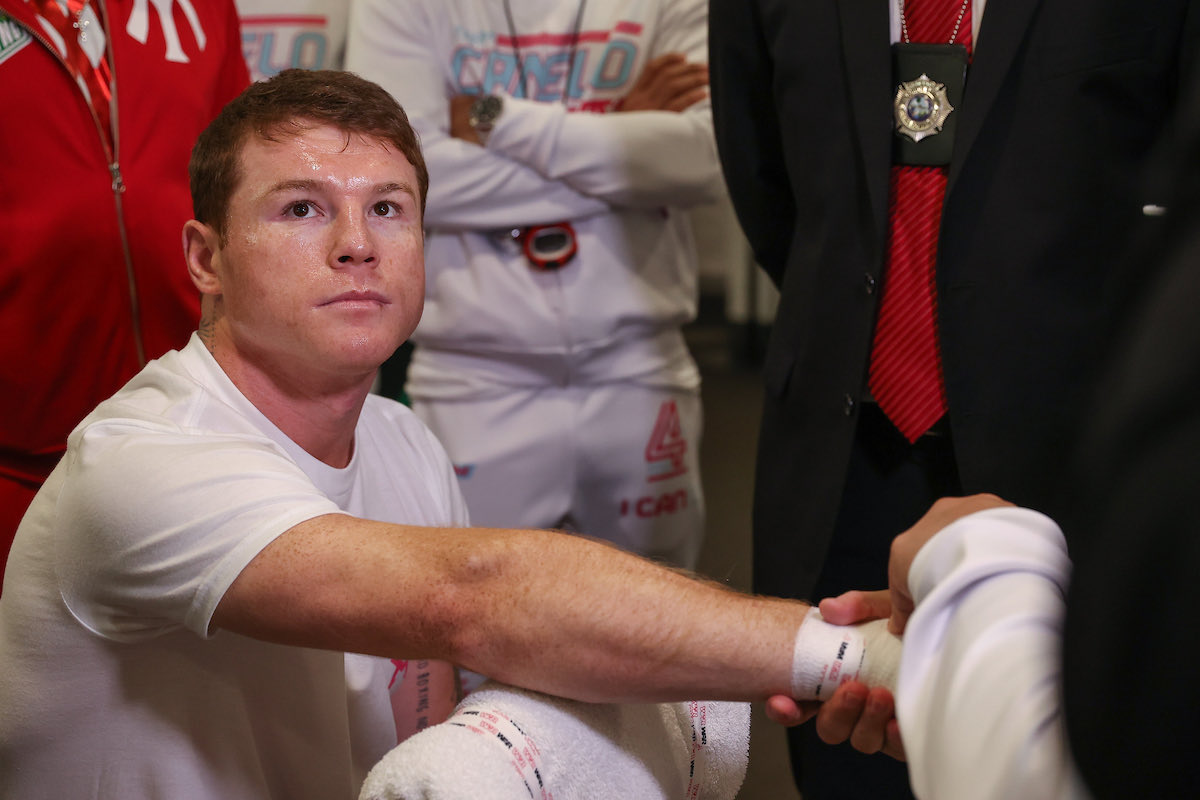 Tonight the venue will be the Hard Rock Stadium and will have some luxury guests such as J Balvin and boxer Miguel Cotto. 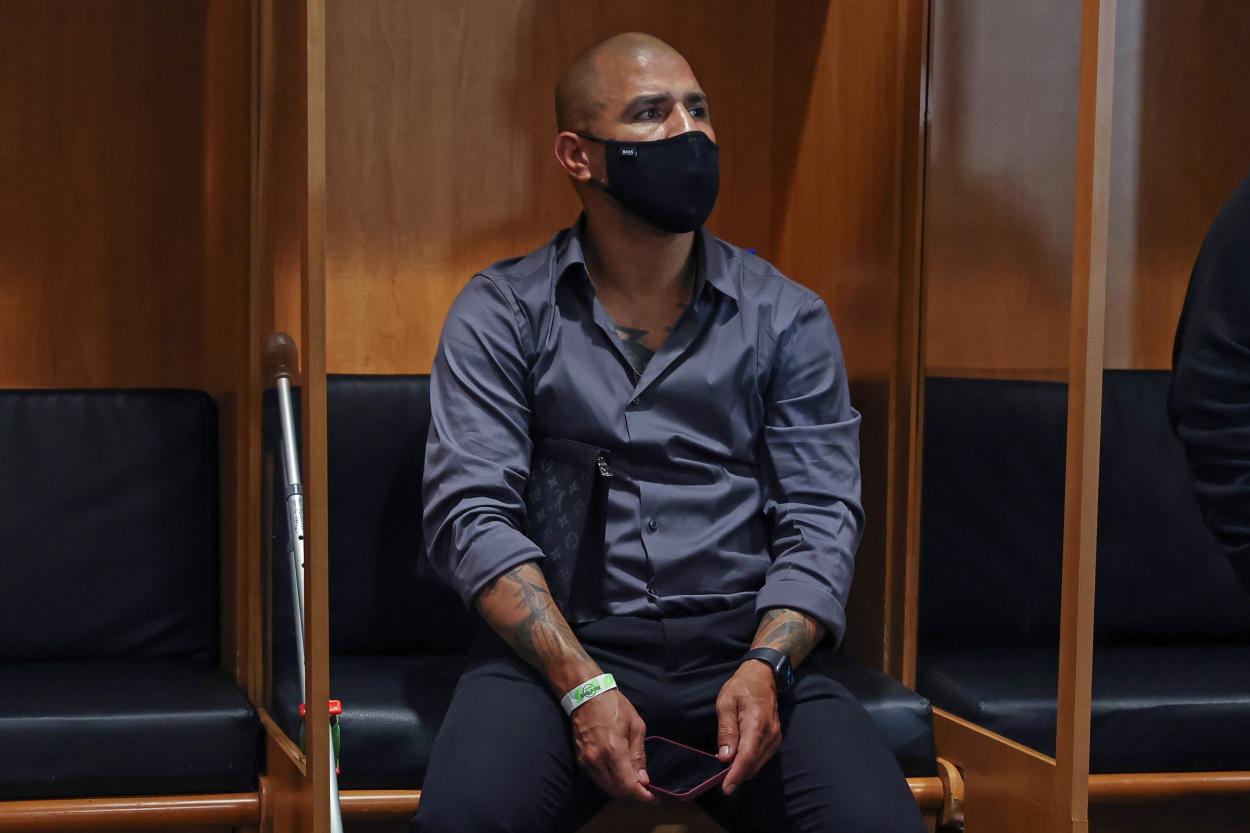 This was the arrival of Canelo 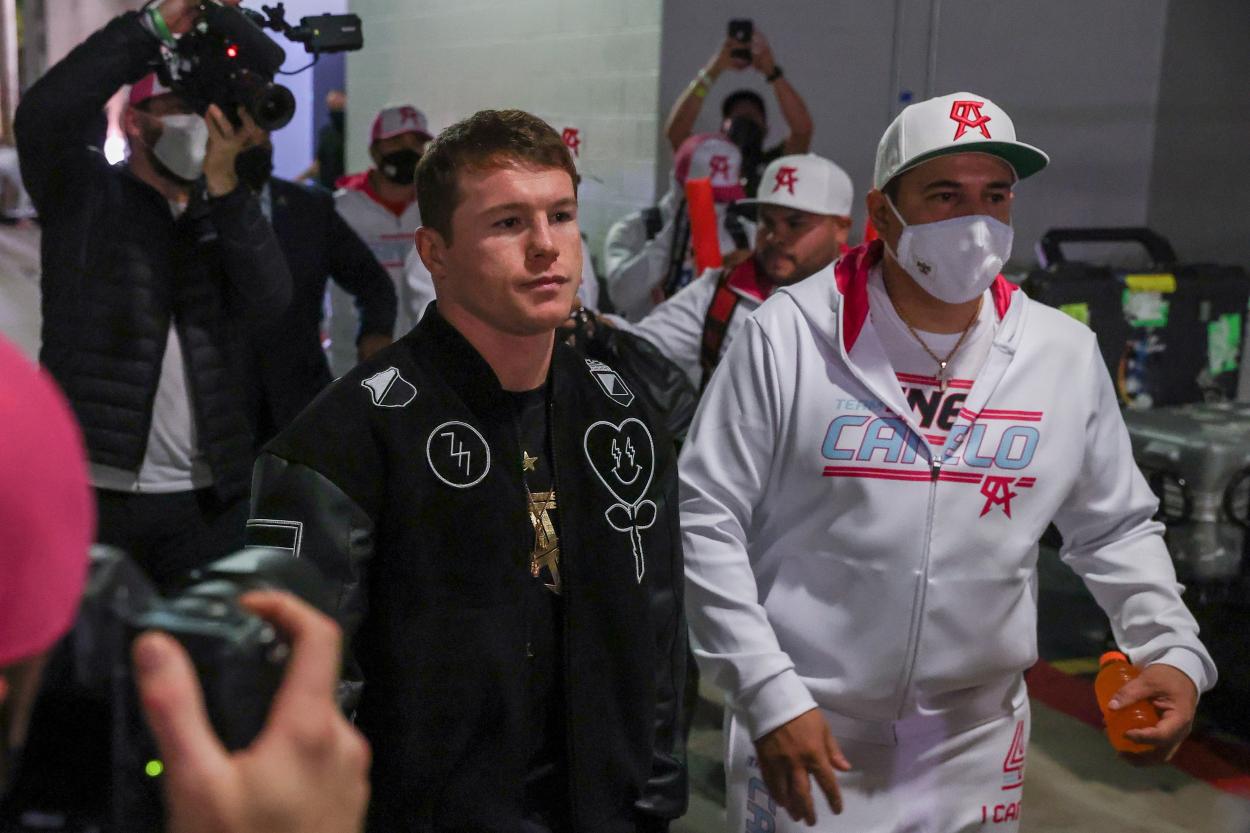 Since that loss to Floyd Mayweather, Canelo has improved his level and now has 12 wins to one loss. Today he will try to get his thirteenth. 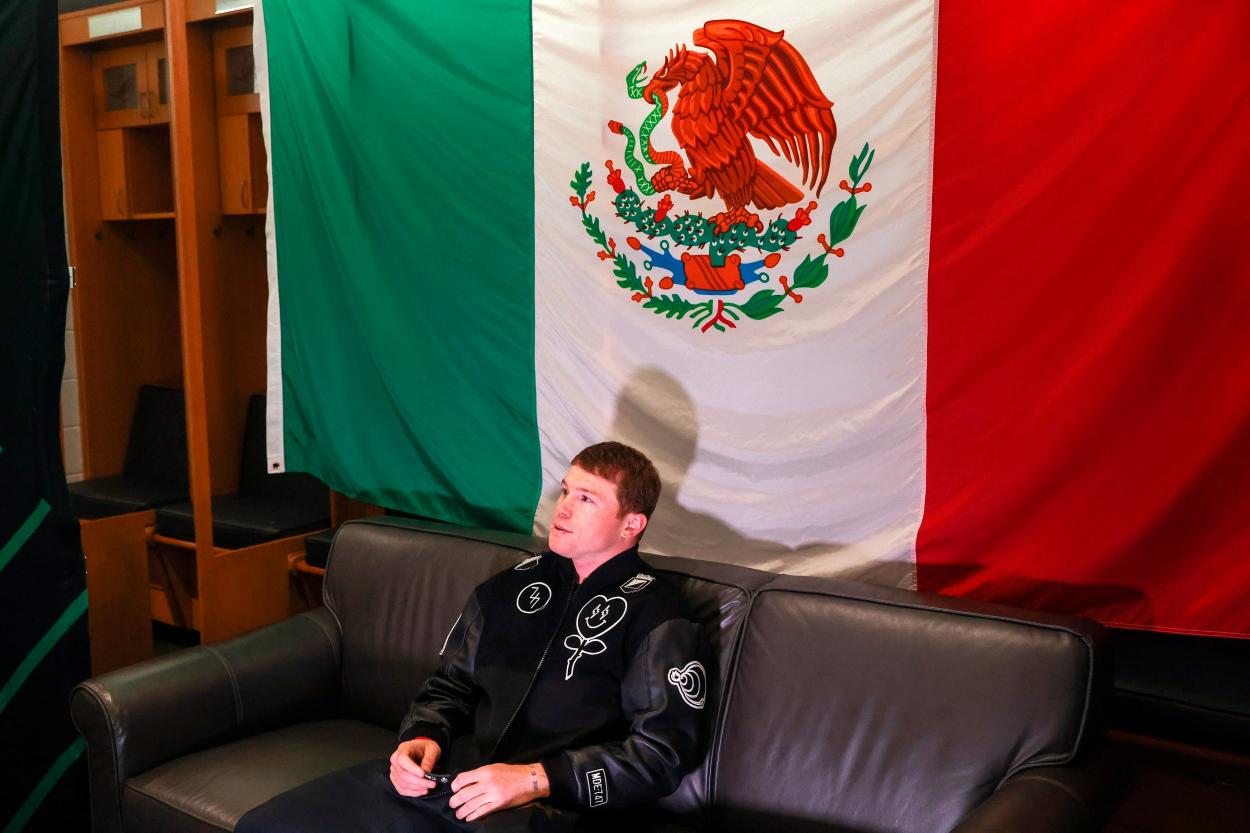 Arroyo had no trouble defeating "Choco" Rodriguez and took the fight in the fifth round by knockout.
9:47 PM2 months ago

WBA President Gilberto Mendoza visited the dressing room of both fighters to wish them the best of luck tonight. 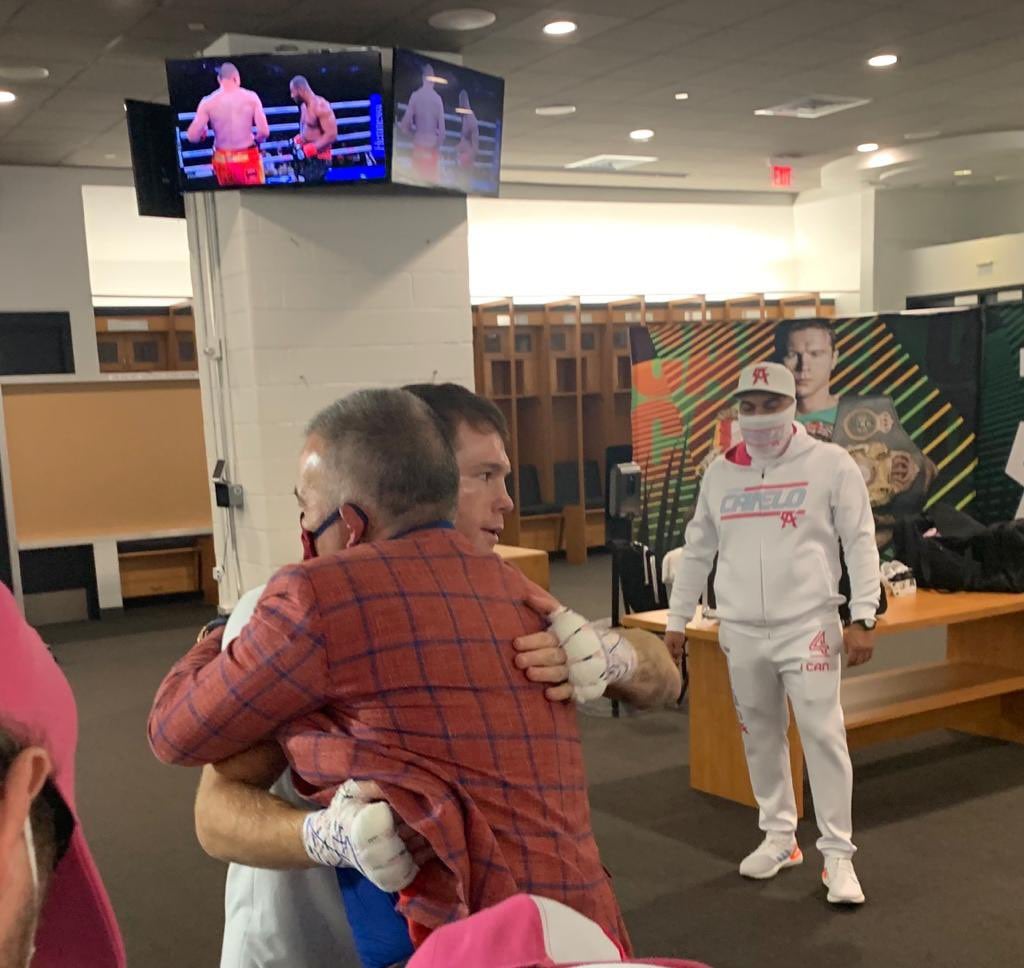 The fight everyone was waiting for is here, as Saul Canelo Alvarez steps into the ring for the first time to face Turkey's Avni Yildirim. We begin
1:41 PM2 months ago

Do not miss a detail of the match with the live updates and commentaries of VAVEL. Follow along with us all the details, commentaries and analysis for this WBC and AMB Super Middleweight World Championship fight Canelo Alvarez vs Avni Yildirim. 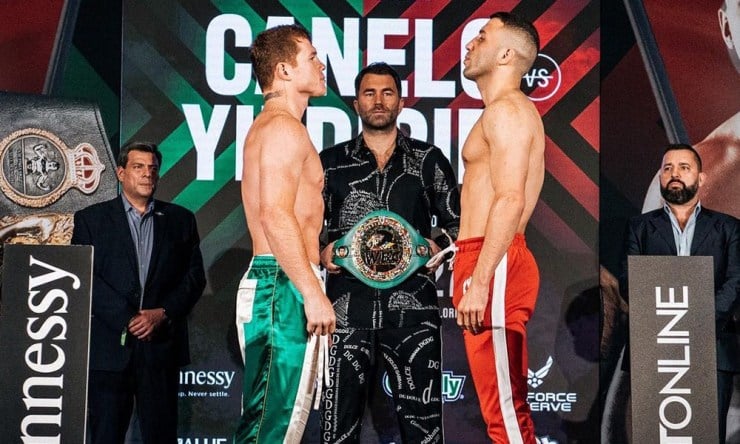 This will be the complete line-up for this Saturday:

The Turkish fighter has a record of 21 wins and two losses, although his last fight was almost two years ago and he lost to American Anthony Dirrell. 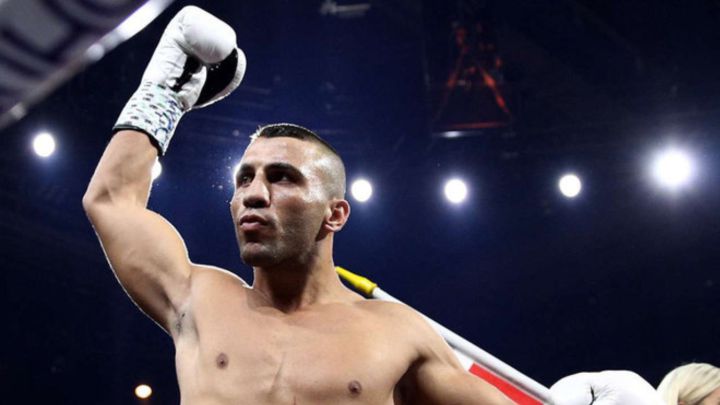 The Canelo has a record of 53 wins (36 by knockout), two draws and one loss, highlighting that last November he defeated Callum Smith by unanimous decision after 12 rounds. 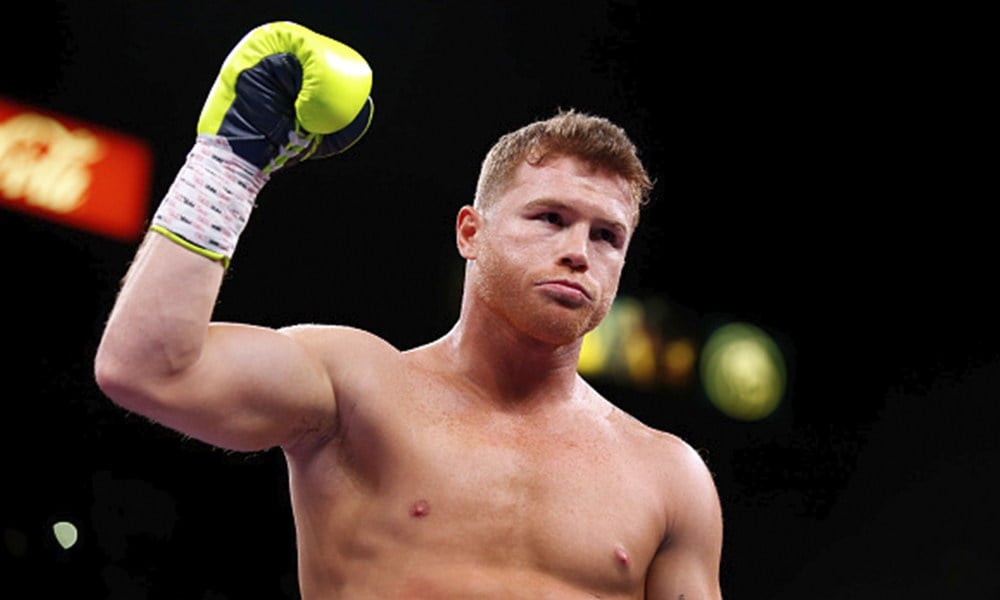 The Mexican fighter is aware that he must win his next two fights so that in September he can fight American Caleb Plant.
1:11 PM2 months ago

This Friday both Canelo Alvarez and Avni Yildirim complied with the weigh-in at 168 pounds, in addition to testing negative for coronavirus and everything is ready for the fight.
1:06 PM2 months ago

Confident of pulling out the victory

The Turkey Yildirim said he was confident he could pull off the upset and beat the powerful Canelo: "I'm going to win, without a doubt. Hopefully by knockout".
1:01 PM2 months ago

He doesn't underestimate anyone

Despite the fact that he is the favorite in the press and in the bookmakers, Canelo assured that he takes this fight with the same importance without taking away merit from his future rival.

I respect all the fighters, I respect the challenge I have in front of me. I know what Yildirim brings, he is a strong fighter who wants to win and I come with the same mentality as always: to win, to do my job and continue making history,

First fight of the year

A little more than two months after his last fight, Canelo wants to prove that he is one of the best boxers in the world and to start 2021 he seems to have a "suitable" opponent.
12:51 PM2 months ago

The Canelo Alvarez vs Avni Yildirim fight will take place at the Florida (Hard Rock Stadium). The start is scheduled at 10pm ET.
12:46 PM2 months ago

Welcome to VAVEL.com’s LIVE coverage of the fight Canelo Alvarez vs Avni Yildirim! My name is Adrian Hernandez and I’ll be your host for this fight. We will provide you with pre-fight, analysis, updates, and news as it happens live here on VAVEL. 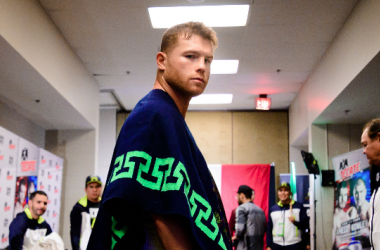