Thank you for following the telecast of the WBC, WBA and WBO super middleweight title fight where Canelo Alvarez defeated Billy Joe Sanders.
12:06 AMa year ago

Although he struggled at times, Canelo showed his power and pulled out the victory over Saunders, who talked too much during the week and took the loss.
12:04 AMa year ago

This is how the eighth and final round went 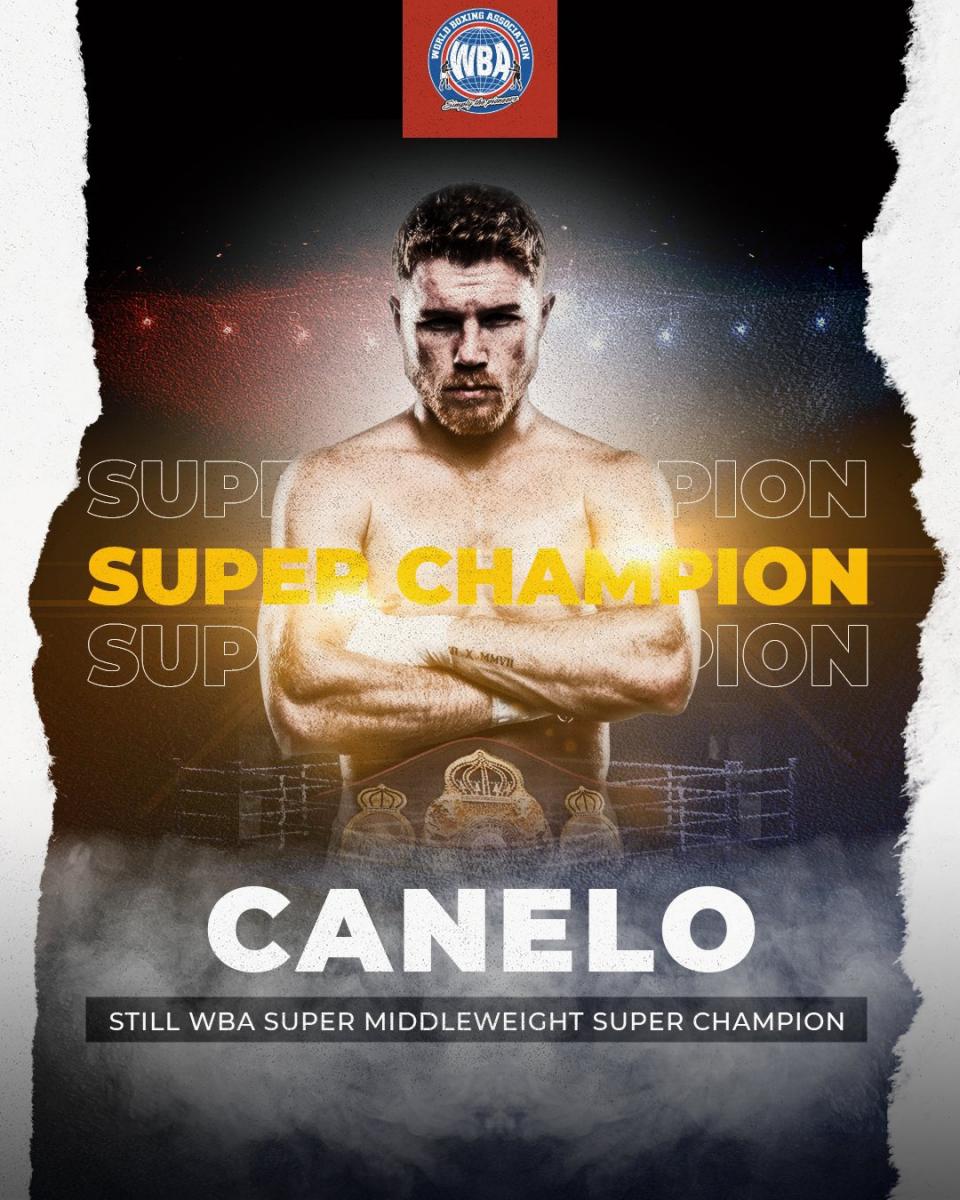 This is how Álvarez asked for support

Saunders did not come out for the eighth round due to a blow to the cheekbone and Canelo Alvarez has taken the win.
11:59 PMa year ago

El Canelo has come back with two right hands that doubled Saunders and, in addition, invited the fans to cheer him on, causing a deafening noise at AT&T Stadium.
11:55 PMa year ago

From Canelo's corner they yell at him not to despair, because Saunders has begun to gain in confidence and has tried to provoke him to get him into his game. In a very even round.
11:53 PMa year ago 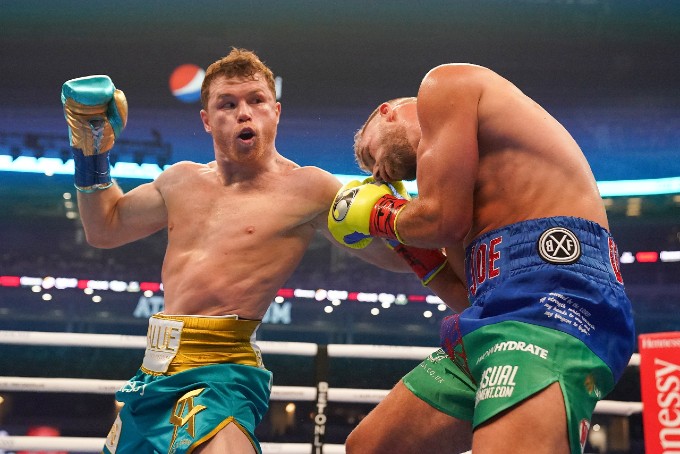 When it seemed that Canelo would regain control of the fight, Sanders answered with a left hand that hurt and disconcerted Canelo, who needs to calm down in these moments of doubt.
11:48 PMa year ago

The power of Canelo 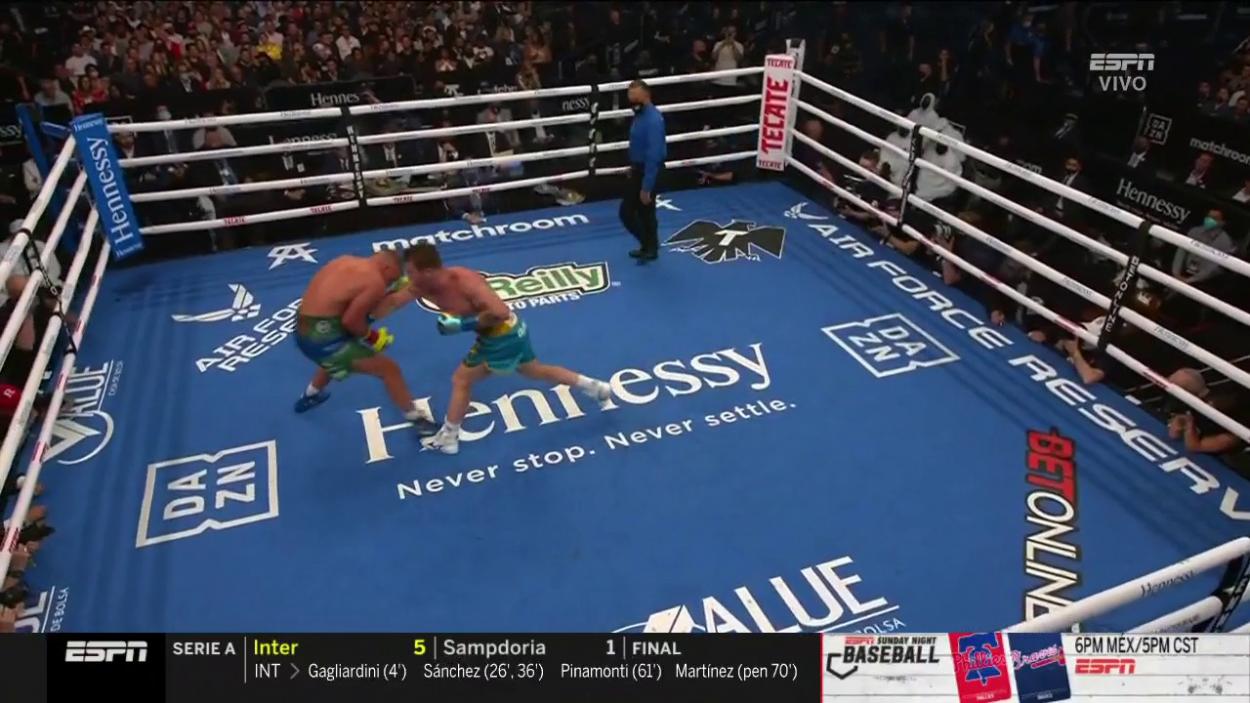 Saunders begins to perk up and loosen up a bit more, in fact, at times, letting his guard down and stepping away to invite more offense from Canelo, who still can't connect with any powerful punches.
11:45 PMa year ago

Saunders continues to try to avoid the distribution of blows, although now Canelo found the oper that he had wanted so much to impact and bend the British.
11:39 PMa year ago

Saunders does not know how to hurt a Canelo who is being patient and, above all, throwing right hands, which is what has generated good dividends in the first rounds.
11:35 PMa year ago

Canelo began to let loose and rocked the stadium with two right hands, especially a straight right that hit Saunders' face and made him step back and breathe for a few seconds.
11:31 PMa year ago

In the first minutes of the fight, both fighters kept their distance, although Canelo twice connected with Saunders' soft zone to hurt him.
11:26 PMa year ago

Both Saunders and Canelo are introduced in the ring, seconds before the fight starts.
11:24 PMa year ago 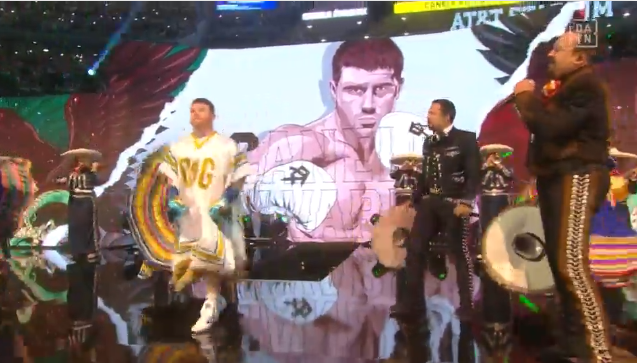 This is how Saunders came out

At this moment Canelo Alvarez makes his appearance in search of shutting Saunders' mouth for everything he said during the week.
11:14 PMa year ago

This is how the Mexican national anthem was intoned

The Englishman comes out

Billy Sanders comes out to AT&T Stadium full of boos and thirsty for victory to continue his undefeated record.
11:11 PMa year ago

Mayweather says that if Saunders wins he would be willing to fight the Brit.
11:09 PMa year ago

The Canelo on the stadium screens 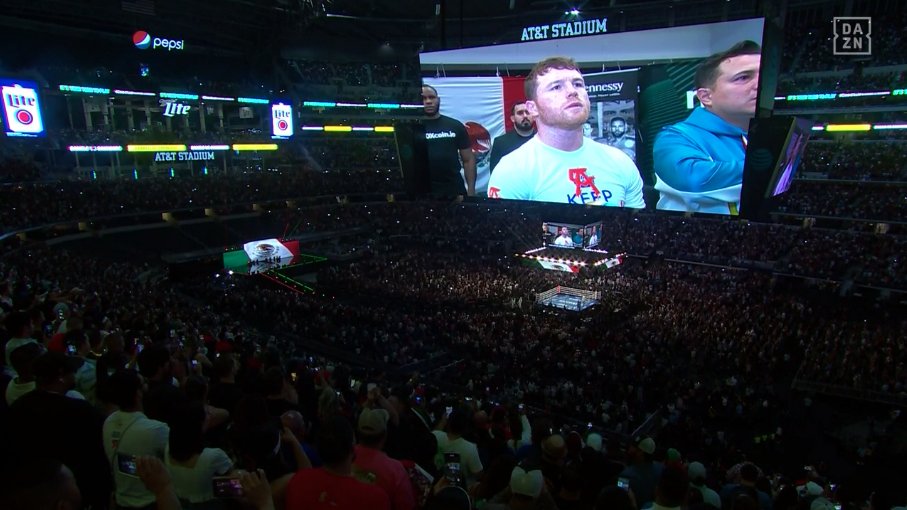 The anthem of Great Britain is sung, followed by the anthems of Mexico and the United States.
11:03 PMa year ago

The sound of these Canelo punches 💥#CaneloSaunders pic.twitter.com/HN6X09X7wJ — DAZN Boxing (@DAZNBoxing) May 9, 2021

Only against Mayweather and Golovkin has Canelo not been able to take away their undefeated records, but he has defeated all the others and expects Saunders to be one more to the list.
10:53 PMa year ago 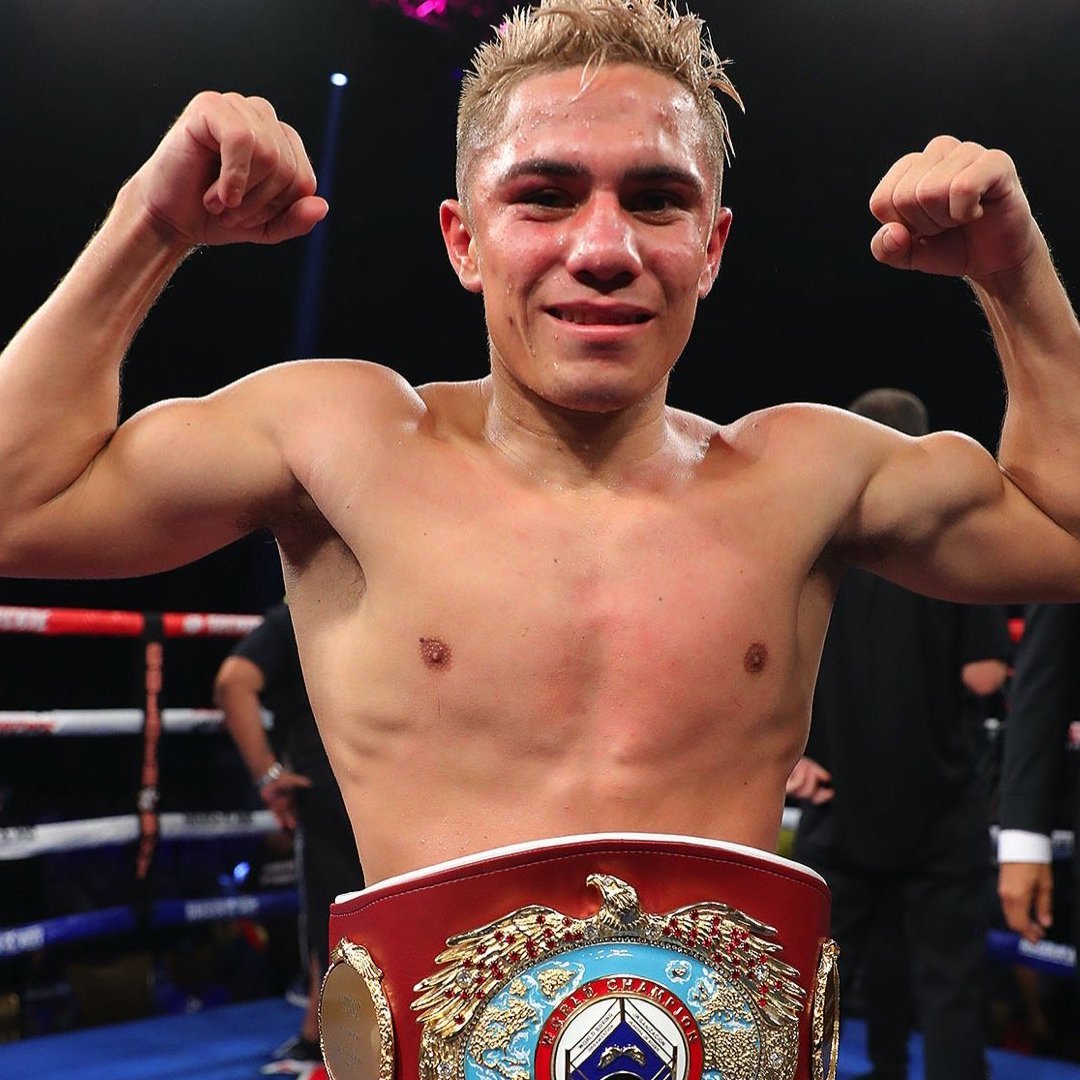 This is what the Dallas stadium looks like to watch Canelo

Canelo has not lost since 2013 when he lost to Floyd Mayweather, Jr. 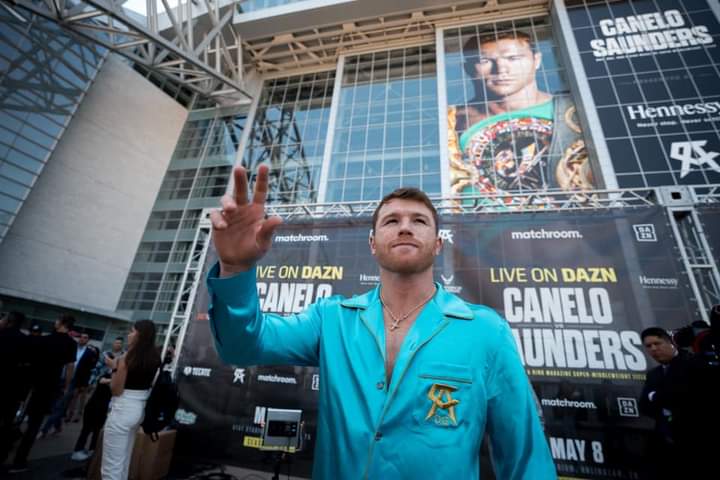 We are minutes away from Saunders and Canelo Alvarez entering the ring. Don't miss the details.
10:33 PMa year ago

This is how the eighth round went between Soto and Takayama 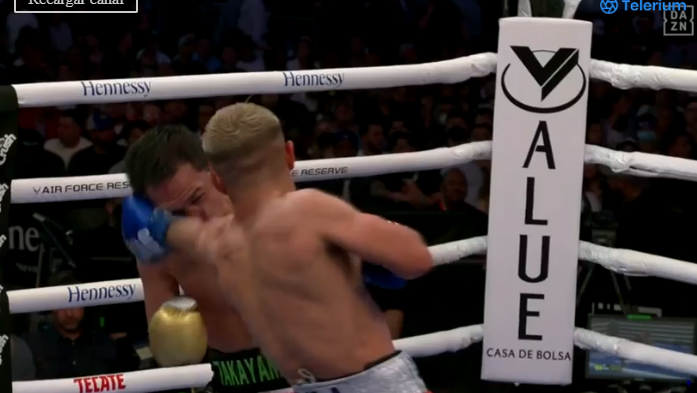 Soto started with a flurry of punches where the Japanese had no reaction for several seconds and the victory went to the Mexican.
10:18 PMa year ago

Now Soto connected with a left-handed volado that did some damage, but he lacked more speed and punching power against a Japanese who never gives up and continues to take control of the fight.
10:13 PMa year ago 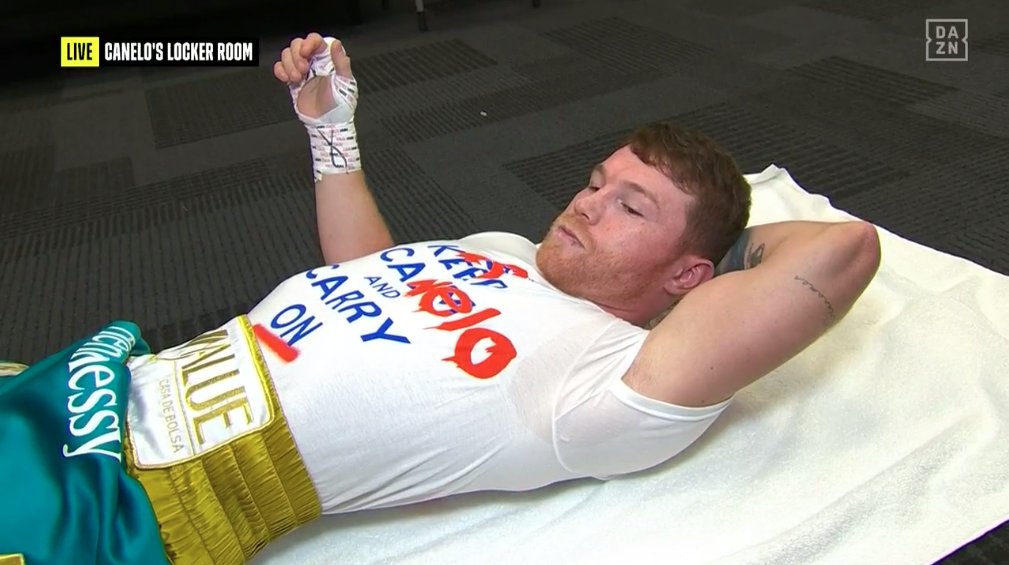 Takayama started the round better, dominating in the early stages, but Soto began to loosen up and in the end a couple of hooks were able to tip the balance of the round in his favor.
10:03 PMa year ago

Soto's forehand is still very powerful and is generating damage on the Japanese, who tried to react and was saved by the bell.
9:58 PMa year ago

Saunders is getting ready

🤜 @bjsaunders_ tapes up for the biggest fight of his career 👑#CaneloSaunders pic.twitter.com/z2BXSUSTwg — Matchroom Boxing (@MatchroomBoxing) May 9, 2021

Soto's hooks continue to be very effective and twice hit the face of Takayama, who throws more punches, but can not face Soto's good guard.
9:48 PMa year ago

Now it is Takayama who carries the baton and rhythm of the fight, but the power punches, although they have been few, have been more effective from the gloves of the Aztec fighter.
9:43 PMa year ago

The Canelo says he is ready for the fight 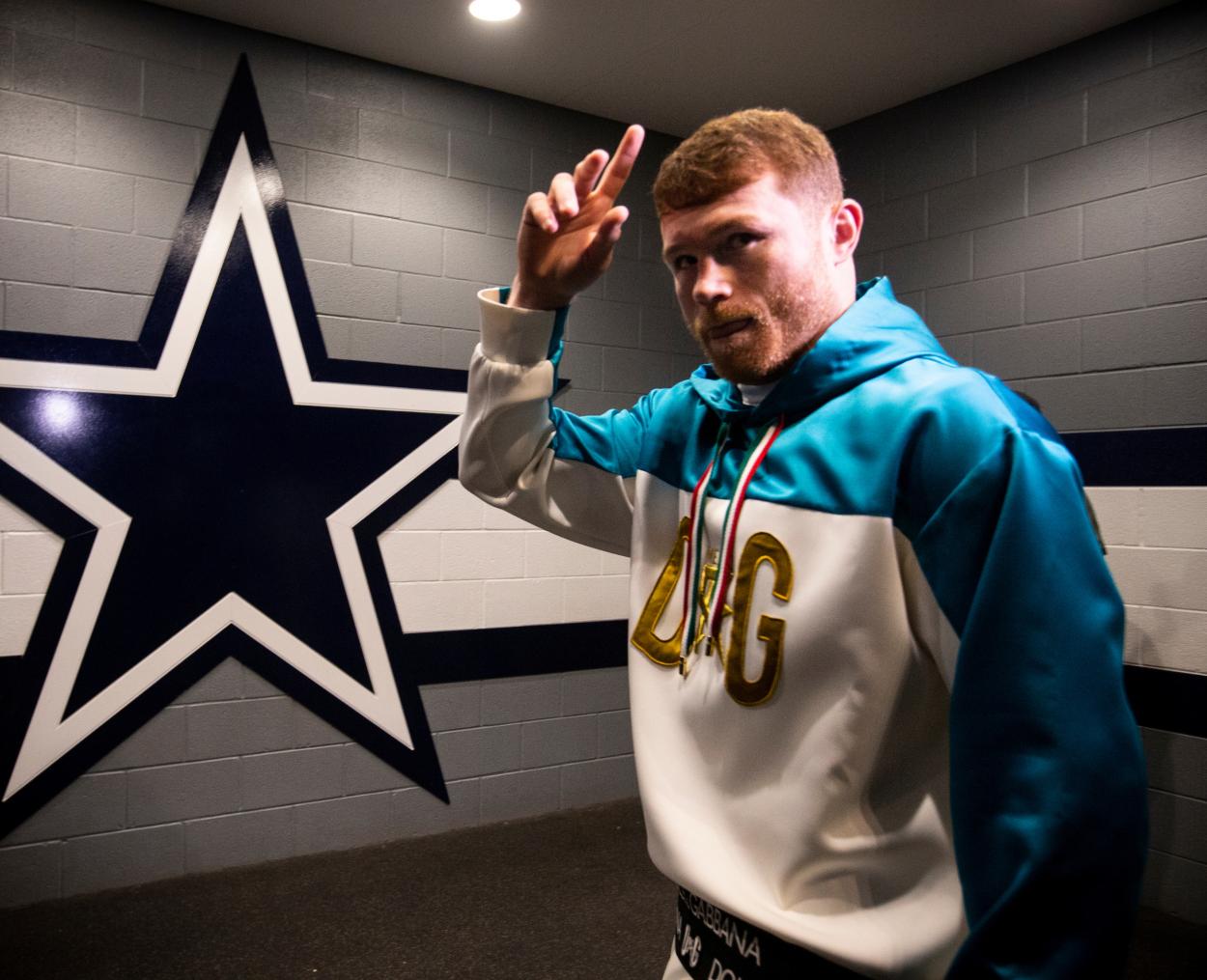 The Japanese is neglecting both his guard and distance and Soto has taken advantage of this to keep throwing punches, but he has not been able to finish the fight to send Takayama to the canvas.
9:33 PMa year ago

Elwin Soto was better, generated damage and put the power in the gloves to stagger the Japanese and took the first round.
9:28 PMa year ago

Elwin Soto and Katsunari Takayama are already in the ring for the WBO World Light Flyweight title.
9:23 PMa year ago

It was even questioned

Earlier in the week Saunders' dad went so far as to claim that the fight was off, but the two boxers were able to come to an agreement.
9:18 PMa year ago

These were Eddy Reinoso's words of encouragement that he published today on his social networks:

Today a Mexican fights against an Englishman and they fight in the United States where the dream is difficult to achieve, this day support us because we will go out the whole team canelo to leave high the name of our MEXICO LINDO Y QUERIDO VIVA MEXICO CABRONES. 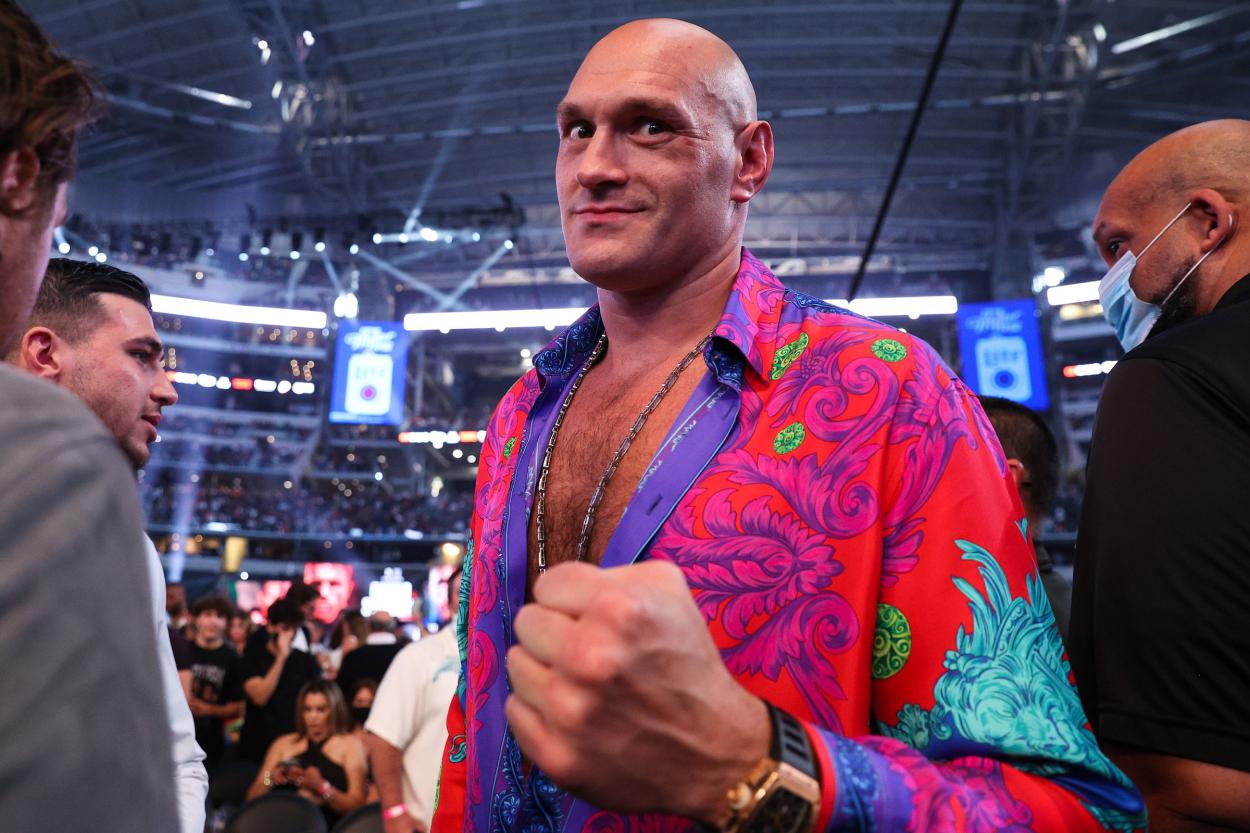 Michael Irving is on hand at AT&T Stadium to witness the Canelo vs Saunders fight.

This is how Canelo Alvarez arrived

Saunders' impressions before the fight

Billy Joe Saunders is full of confidence as he shares his final thoughts ahead of #CaneloSaunders pic.twitter.com/ZUCd4rbMVZ — DAZN Boxing (@DAZNBoxing) May 9, 2021

El Canelo will have one of the biggest tests of his career in recent years when he takes on Britain's Billy Sanders in a super middleweight title fight. We begin.
8:38 PMa year ago

Do not miss a detail of the match with the live updates and commentaries of VAVEL. Follow along with us all the details, commentaries and analysis for this heavyweight fight Canelo Alvarez vs Billy Joe Saunders.
8:33 PMa year ago

This will be the complete card for this Saturday:

The British fighter is undefeated in his professional career with a record of 30 victories, 14 of which have been by knockout. 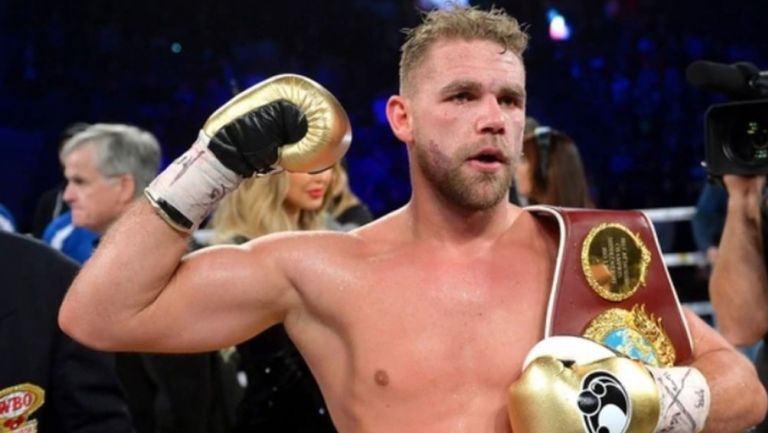 The Mexican will hold his second fight of the year after defeating Avni Yildirim last February, remembering that he has a record of 55 wins (37 by knockout), one draw and two defeats. 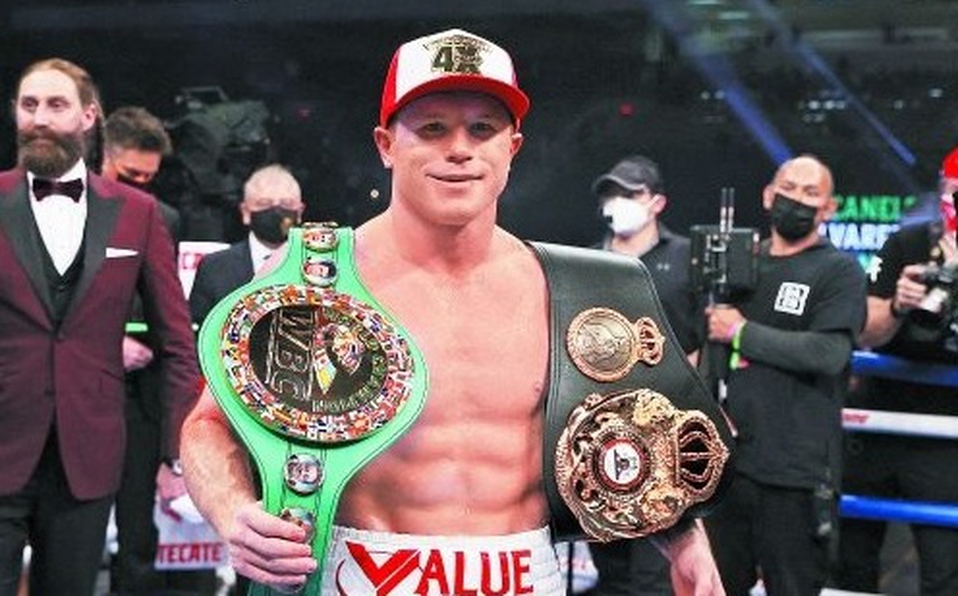 This Friday both fighters met the weigh-in under 168 pounds and declared themselves ready to face their first fight of 2021. 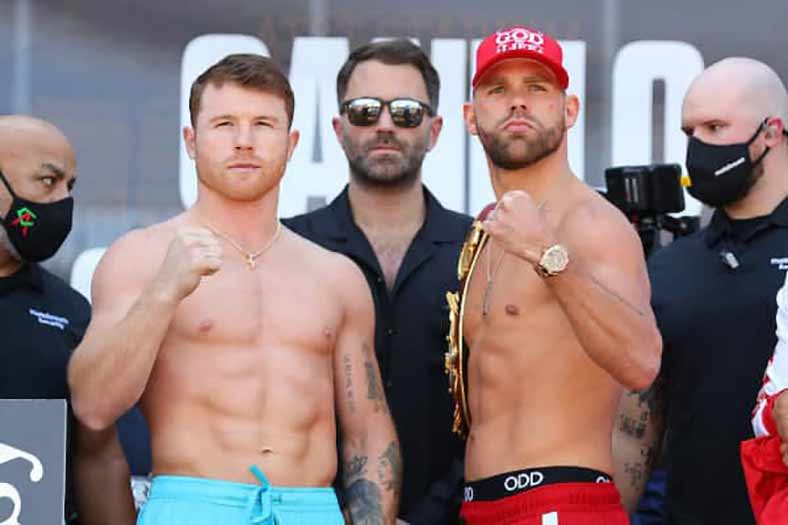 The British fighter analyzed the upcoming fight and assured that beyond the physical skills that both have, he will have to keep a cool head to be able to defeat Canelo.

"It will be brains over brawn here. I think it will be this way: I have to win every moment, every second when the bell rings."

Because of everything that has happened outside the ring, Canelo has assured that he will come out with the victory no matter what:

"I'm going to win, no doubt. I'm training at 100 percent, I came here to win and I want to make history, that's the only thing that goes through my head.

It was in suspense

Earlier this week the fight was on hold because both fighters could not agree on the conditions of the bout, especially the size of the ring.
7:53 PMa year ago

The Canelo Alvarez vs Billy Joe Saunders fight will take place at the Texas (AT&T Stadium). The start is scheduled at 11pm ET.
7:48 PMa year ago