Thank you for following the telecast of the fight between Brandon Moreno and Deiveson Figueiredo on the UFC 263 main card.
1:20 AM2 months ago

By unanimous decision, Adesanya became champion after defeating Italian Verotti.
1:17 AM2 months ago

Adesanya withstood the onslaught of Verotti, who could never knock him down and now the decision will be in the hands of the judges.
1:11 AM2 months ago

Very evenly matched episode, where Adesanya continues to use kicks as his best weapon and came close to contacting the face of Vettori, who is betting on the takedown as the way to win the fight.
1:04 AM2 months ago

Vettori started off better with a takedown, but the champion Adesanya got up, kicked too, and took him down with an effective kick in one of the most evenly matched episodes.
12:56 AM2 months ago

Adesanya defended better against the attacks of Verotti, who continues to dominate the onslaught and in the head-to-head they had a better exchange of blows.
12:51 AM2 months ago

Vettori got the fight to where he wanted it to be, including a takedown on an Adesanya who was able to get up and dished out punches to even the fight.
12:37 AM2 months ago

They are already entering

Both Adesanya and Verotti are already making their appearance for the night's main fight.
12:28 AM2 months ago

Adesanya vs Verotti is tonight's final fight where the UFC world title will also be contested.
12:19 AM2 months ago

By way of submission in a great fight, Brandon Moreno makes history and becomes the first Mexican to be UFC champion.
12:13 AM2 months ago

Both Moreno and Figueiredo tried to apply the submission but failed, highlighting that the Mexican received a strong elbow and inflamed his cheekbone.
12:07 AM2 months ago

The first episode was won by the Mexican, especially when he unleashed a right hand that knocked Figueiredo down, although he could not finish him on the canvas.
11:57 PM2 months ago

Moreno makes his presentation in the arena as does Figueiredo.
11:50 PM2 months ago

The penultimate fight of the night will be Moreno vs Figueiredo.
11:45 PM2 months ago

Edwards won by unanimous decision, although Nate also celebrated as if he had won.
11:43 PM2 months ago

Diaz, despite all the blood and punches he took, came up just short of knocking out Edwards, who is most likely going to take the fight.
11:36 PM2 months ago

This round was characterized by more hand contact where both fighters managed to connect in the face of the opponent, but Edwards did it twice, in addition to an elbow.
11:30 PM2 months ago

Edwards landed a hard blow that left Diaz injured in the face, but he still managed to get up a couple of times and looked as if nothing had happened.
11:24 PM2 months ago

Edwards outclassed Diaz by taking him down and hurting his leg, but Nate reacted, kept provoking him and tried to generate damage without being effective.
11:18 PM2 months ago

Edwards had Diaz on the canvas, who was able to resist, got up, highlighting that the first few minutes was provocative and tried to generate damage with punches to the face.
11:08 PM2 months ago

Both Diaz and Edwards enter the octagonal.
11:04 PM2 months ago

Maia was unable to throw Muhhamad in the final seconds and it will be up to the judges to see who gets the win.
10:53 PM2 months ago

Nothing for anyone, there were no throws and few punches.  Maia could not make his fight and the last round will be definitive in the aspirations of both, although the Brazilian should have the advantage in the qualifications.
10:46 PM2 months ago

Maia tried three times to take Muhhamad down, but none of the times did he do it effectively, although he did throw him down on one occasion.
10:35 PM2 months ago

Demian Maia will face Belal Muhammad in the next bout below.
10:28 PM2 months ago

Ready to make his dream a reality 🇮🇹@MarvinVettori

In less than a minute and a half Craig applied the key to Hill and left him with no chance to move, so the referee stopped the fight and the Scotsman took the victory.
10:19 PM2 months ago

With a serious face

Scotsman Craug makes his introduction and climbs into the cage for the first starring battle of the night.
10:15 PM2 months ago

The first battle on the main card will be the bout between Craug and Hill.
10:10 PM2 months ago

The stellar card, which includes five fights, including two title fights, will begin right now in Arizona.
10:02 PM2 months ago 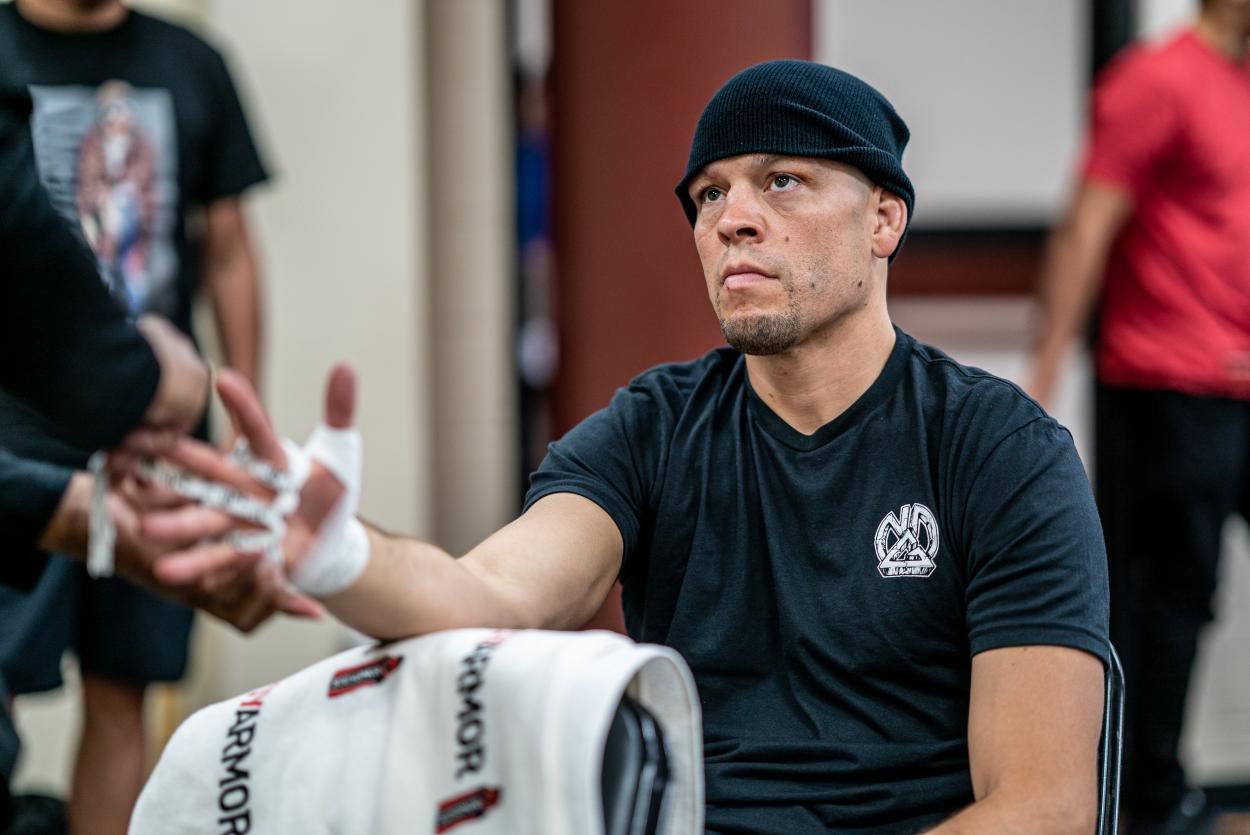 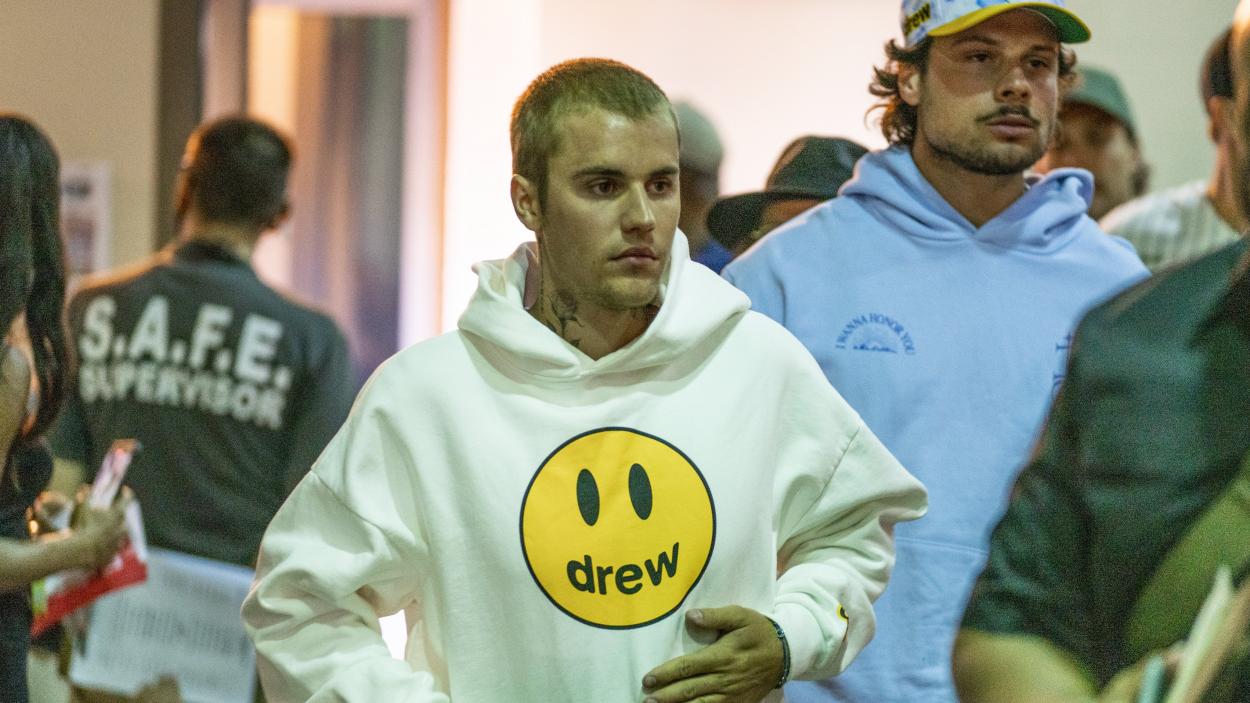 Israel Adesayana did not have a good showing in his last fight, losing to Poland's Jan Blachowicz by unanimous decision.
9:25 PM2 months ago 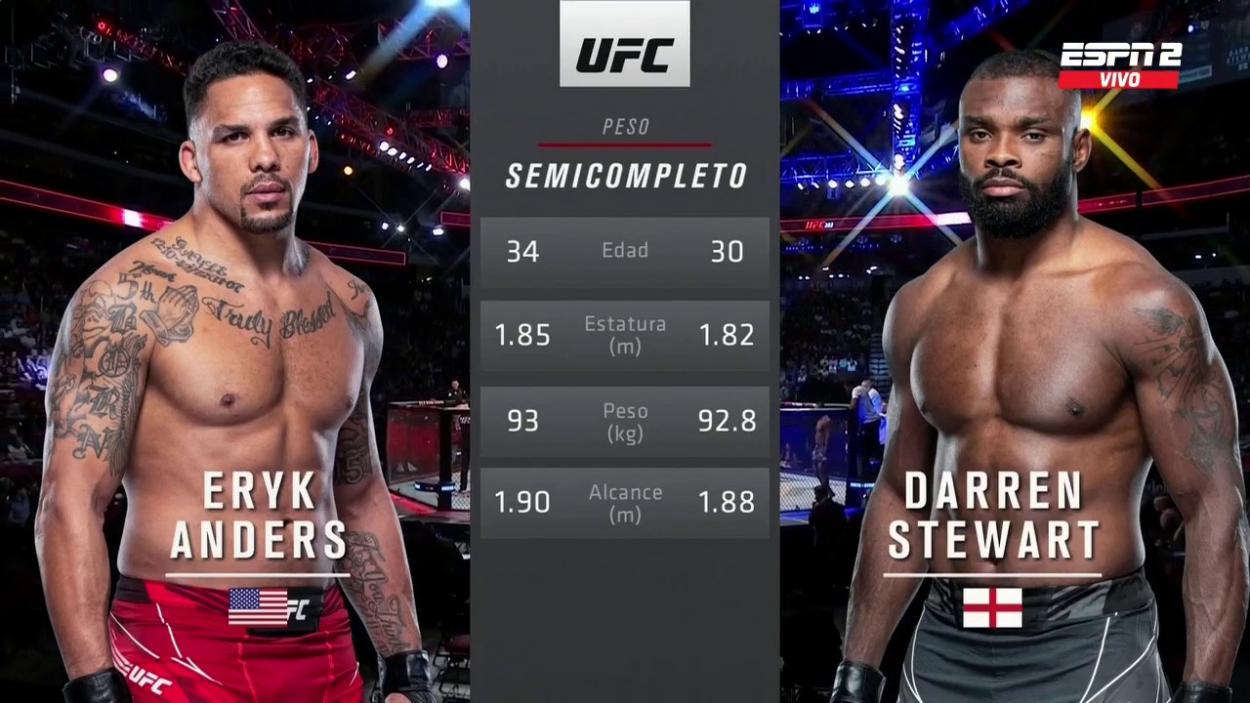 After a two-year absence, mostly due to Covid-19, the UFC returns to Arizona with a spectacular lineup.
9:10 PM2 months ago 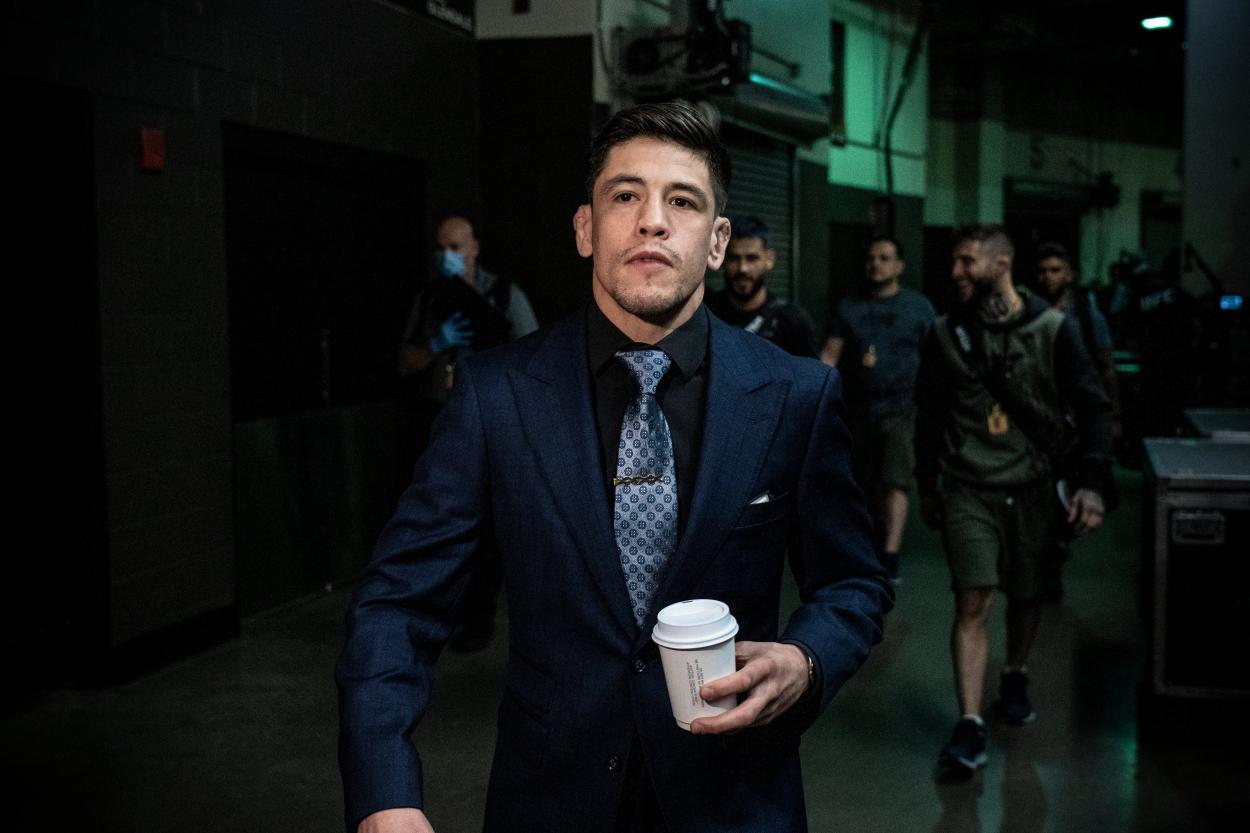 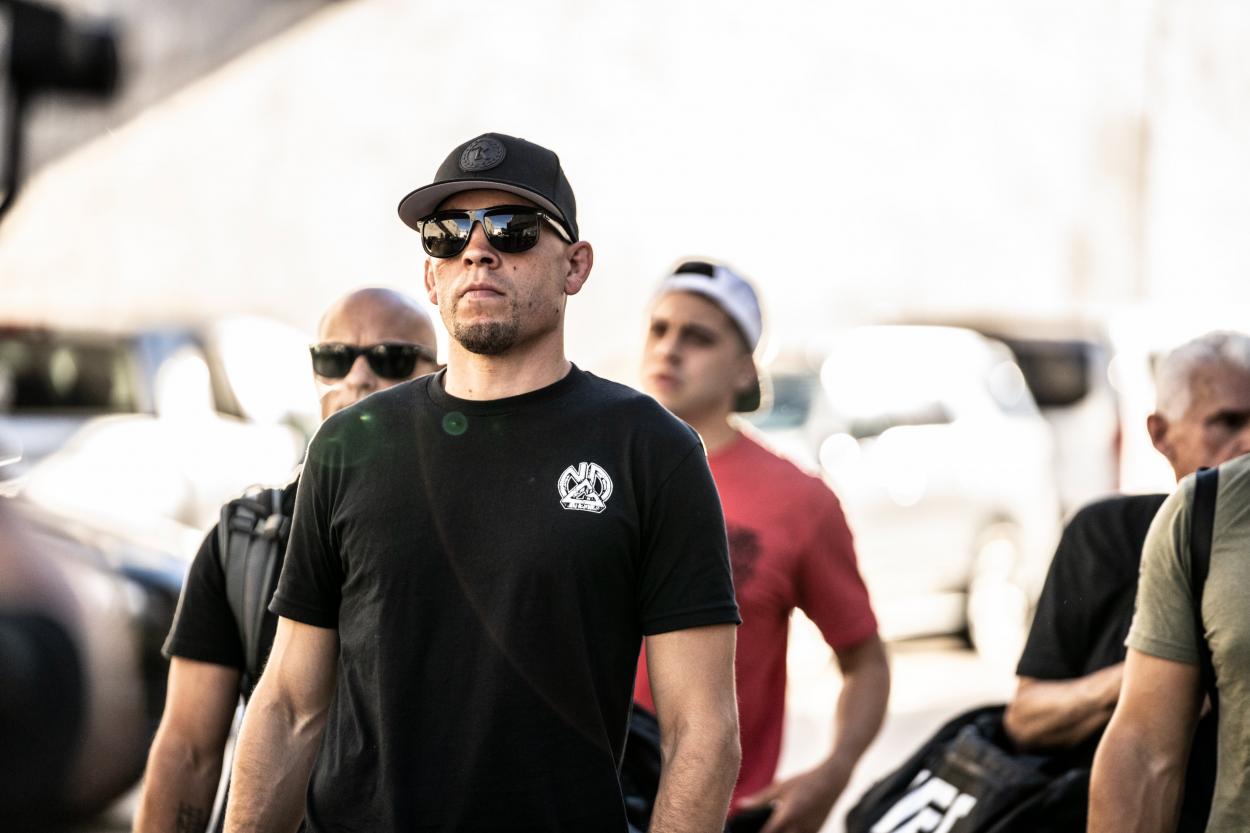 Quite the UFC lineup tonight with several world championship fights. Stay tuned as we bring you all the details of UFC 263.
8:55 PM2 months ago

Going for the second victory

Adesayana already defeated Vettori in 2018 and will now seek to repeat the dose, will he succeed?
8:50 PM2 months ago

If he wins, Moreno could become the first Mexican to win a UFC title, so there will be a lot of expectation on him.
8:45 PM2 months ago

Moreno assured that he is confident that he can do well enough to win.

"I know I can take punishment. Of course I have to be careful, this guy is real and hits hard, but the confidence is that I can also throw hands, I can hurt him. I already did it in the first one. I'm going to put pressure and be aggressive. My confidence has grown and that will make a difference," he commented.

Do not miss a detail of the match with the live updates and commentaries of VAVEL. Follow along with us all the details, commentaries and analysis for this heavyweight fight Deiveson Figueiredo vs Brandon Moreno.
8:35 PM2 months ago

It will be broadcast on television is: FOX .

If you want to directly stream are: FOX and ESPN Deportes

The first fight between Figueiredo and Moreno was extremely close so, with no winner in the cage, it had to be said on the scorecards with a draw, causing the Brazilian to revalidate his status as champion. 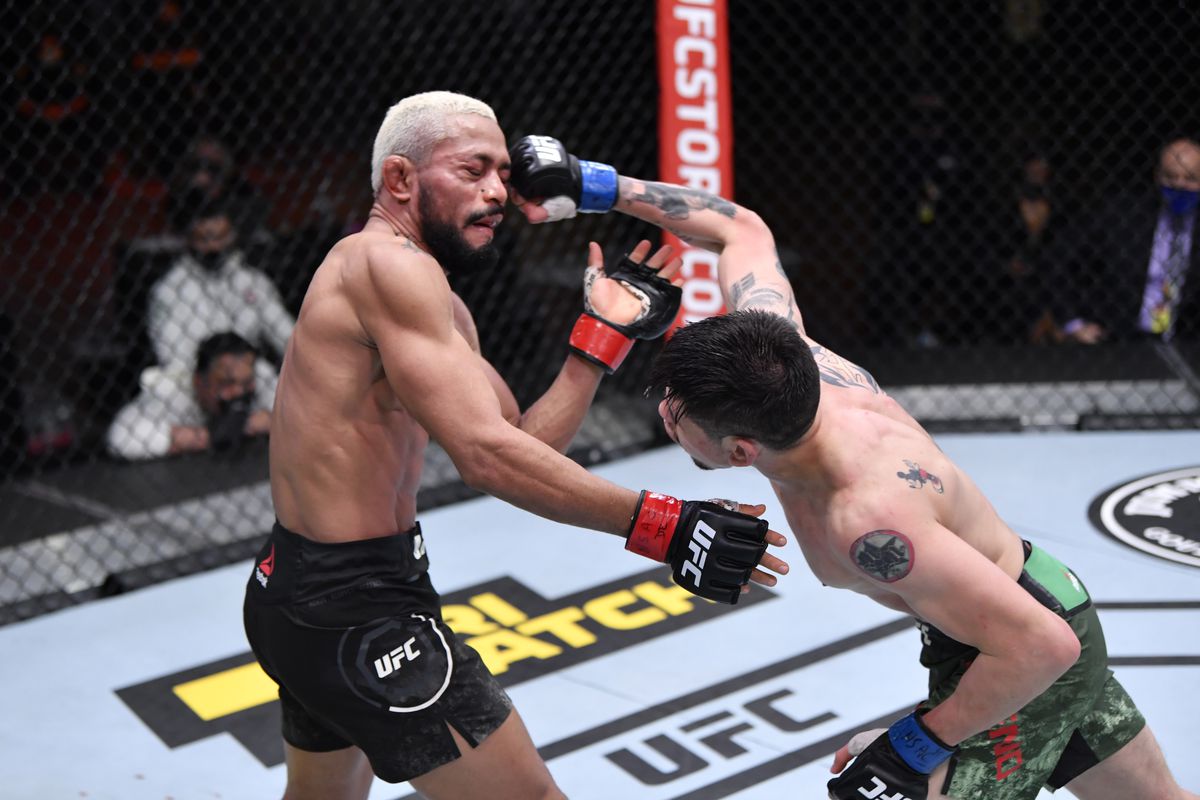 He has a record of 18-5-2, but the Mexican's growth in recent years has been formidable, putting him among the best fighters and looking to put Mexico's name high in the UFC.
8:05 PM2 months ago

With a record of 20-1-1, Figueiredo will look to continue to establish himself as the best in his division. The only defeat appeared against Jussier Formiga in 2019.
8:00 PM2 months ago

Both fighters met the 57-kilogram weigh-in without any problems this day.
7:55 PM2 months ago

The Deiveson Figueiredo vs Brandon Moreno fight will take place at the Gila River Arena. The start is scheduled at 10pm ET.
7:50 PM2 months ago

Welcome to VAVEL.com’s LIVE coverage of the fight Deiveson Figueiredo vs Brandon Moreno!