Here is a summary of the fight
2:13 AMa year ago

This is how the Mexican Grand Champion bids farewell!

At 58 years of age and in front of the audience at the Jalisco Stadium, Julio César Chávez said goodbye to the ring for good with a great exhibition.
1:56 AMa year ago

Although he didn't get the KO, all indications are that the decision will go to Julio Cesar Chavez.
1:54 AMa year ago

Julio César Chávez gives a boxing lesson and culminates this last round with a barrage of direct blows to Camacho's face, who could not get off the ropes during the entire fight.
1:52 AMa year ago

Julio Cesar tried to take off his mask and his opponent imitated the action, however, both put it back on. The Mexican Grand Champion stops the fight and asks Saul 'El Canelo' Alvarez to join his corner.
1:50 AMa year ago

Tempers flared at the end of the third round, when even after the bell had rung, Hector unleashed a straight punch to Chavez's face.
1:48 AMa year ago

Unreachable! Chavez doesn't stop throwing lefts, 'El Macho' manages to lock the Grand Champion in the ring and tries to connect with Chavez's torso, but the sound of the bell prevents it.
1:42 AMa year ago

Chavez backs Camacho Jr into the corner and twice connects with the 1.2.3.
1:38 AMa year ago

The Mexican Grand Champion comes out to propose and forces Camacho to go around the ring. Chavez managed to connect on a couple of occasions on the Puerto Rican's face.
1:33 AMa year ago

The fight is on!

The bell rings for the first episode
1:20 AMa year ago

The anthem is sung

The Mexican National Anthem is performed by Edith Márquez
1:16 AMa year ago

Julio César Chávez is accompanied by singer Julión Álvarez, who provides the music for the presentation.
1:07 AMa year ago

This bout will only be fought over 4 rounds. Chavez comes into this fight at 58 years old, while Camacho Jr will be 42 years old.
1:03 AMa year ago

Cheers for the champion

Julio César Chávez makes his appearance at the Jalisco and the crowd doesn't wait to show their admiration. A great reception for the legend of Mexican boxing.
1:01 AMa year ago

Camacho Jr is the first to come out and the people's rejection is not long in coming.
1:00 AMa year ago

Julio Cesar Chavez will say goodbye to the ring in a few minutes when he faces the son of Hector Camacho.
12:59 AMa year ago

As expected, the Brazilian takes the fight by decision.
12:55 AMa year ago

Last episode of this battle. Everything indicates that the Brazilian takes the victory.
12:54 AMa year ago

Julio Cesar has dealt too few punches and can't find the space to trouble La Araña.
12:49 AMa year ago

Silva connects nicely in the face of the Mexican and tips the scales in his favour.
12:46 AMa year ago

Chavez Jr tries a couple of combinations but does not trouble Anderson Silva, who has looked comfortable in the first few episodes.
12:43 AMa year ago

The fight between Jr and the Brazilian martial artist will be the penultimate fight before the main event between Julio César Chávez and Héctor Camacho Jr.
12:34 AMa year ago

By unanimous decision, Ramón Álvarez defeated Omar in a duel where the Jalisco native slightly dominated from the first round. Although after an accidental headbutt Omar was hurt with a wound near the right eyebrow, the fight was not stopped and the 8 episodes were concluded.
11:51 PMa year ago

Ramón Álvarez and Omar Chávez will battle for eight rounds of three minutes each.
11:49 PMa year ago

Minutes away from the start of the Chavez vs Álvarez showdown!

In a few minutes the fight of the Chavez dynasty will start, Omar will face 'The Innocent' Alvarez, brother of Saul 'Canelo Alvarez'.
11:40 PMa year ago

Jaime Munguía was declared the winner by technical knockout, it took him 6 rounds to settle the bout. The fight was scheduled for 12
11:14 PMa year ago

Preliminary battle kicks off between Jaime Munguía and Kamil Szeremeta
10:45 PMa year ago

The son of the legend will face UFC star Anderson Silva, a mixed martial arts specialist. At the weigh-in ceremony, 'The Junior' missed weight and had to pay his opponent $100,000.
10:35 PMa year ago

The boxing legend will fight two rounds with a mask on medical advice and two without protection. 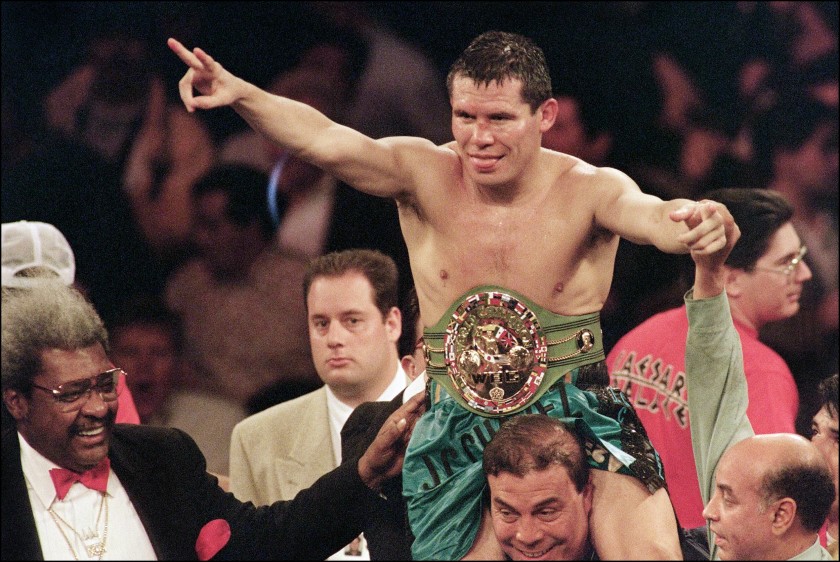 At the weigh-in ceremony, none of the fighters had any setbacks, however, they took the opportunity to issue some controversial statements. 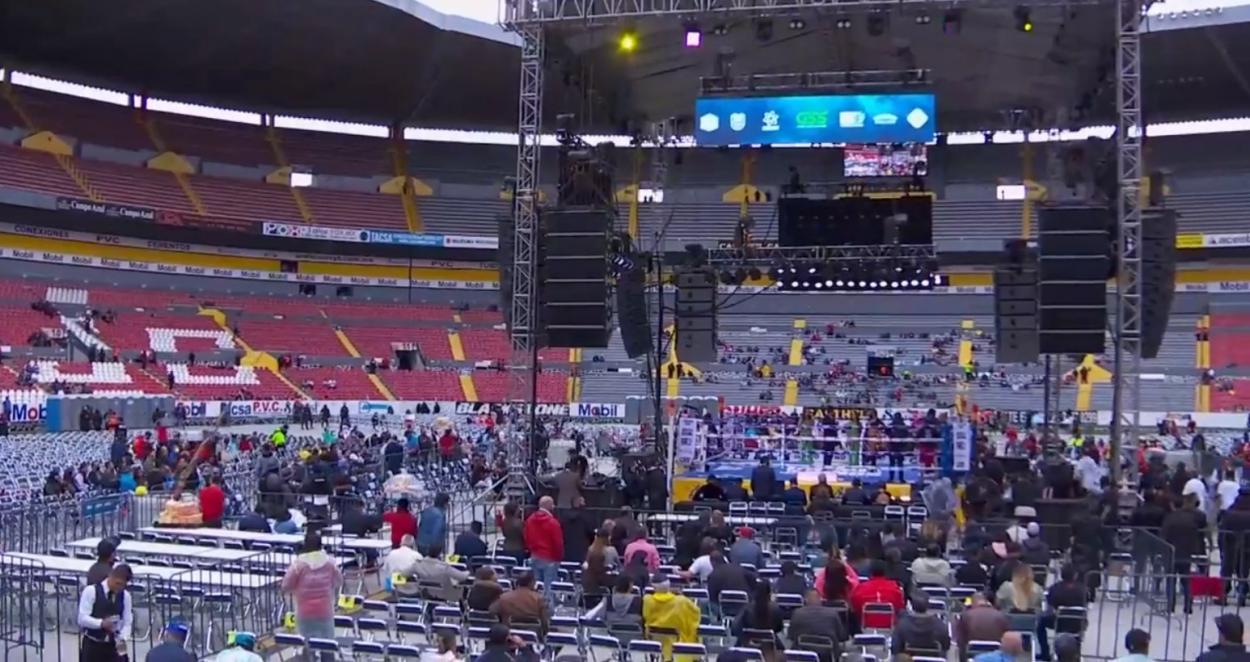 Do not miss a detail of the match Chavez vs Camacho  with the live updates and commentaries of VAVEL. Follow along with us all the details, commentaries, analysis and lineups for this match.
10:15 PMa year ago

How to watch Chavez - Camacho Live Stream on TV and Online?

If you want to watch the game Chávez vs Camacho Jr. live on TV, your options is: Azteca Deportes.

If you want to directly stream it: Azteca Deportes app.

What time is Chavez vs Camacho fight for Exhibition Box?

This is the start time of the game Chávez vs Camacho of 19th June 2021 in several countries:

Everything you need to know

Julio Cesar Chavez, will give his last fight at the age of 58, while his challenger, Hector Camacho is 42 years old. The fight is scheduled for 4 rounds of three minutes, in which the great champion will defend his title in the ring.
10:00 PMa year ago

In this show, the boxing legend will share the bill with his sons Omar and César.
9:50 PMa year ago

The great Mexican champion defeated the father of Hector Camacho Jr, in 1992, in Las Vegas, Nevada. By decision, the fight went to Chavez and he retained the WBC lightweight title.
9:45 PMa year ago

This clash has caused a lot of commotion as it will be the last fight of the great Mexican champion, Julio César Chávez. And for his part, Héctor Camacho will be looking for a rematch for his father.
9:30 PMa year ago

The match will be played at the Jalisco Stadium

Welcome to VAVEL.com’s coverage of the exhibition match: Chávez vs Camacho Live Updates!

My name is Alejandra and I will be your host for this match. We'll be bringing you pre-match analysis, score updates and live news here on VAVEL.