Thank you for following the broadcast of the fight between Dustin Poirier and Conor McGregor on the UFC 264 card. Until next time.
12:34 AMa year ago

The two sides of the coin

Poirier hurt and bent his foot and that was the real reason why he could no longer continue. He is still on the ground and is being assisted by the doctors. He will most likely go to the hospital.

Conor McGregor did not resist the flurry of punches at the end and Dustin Poirier has once again taken the win. It seems that Conor's career is going downhill.
12:28 AMa year ago

What a start. Conor came out with kicks, Dustin clinched with punches, they got to the ground. Dustin escaped the submission despite being on top and then recovered to throw punches and hurt the Irishman. In the end, the stoppage saved Conor from losing the fight.
12:16 AMa year ago

Dustin Poirier, accompanied by his entire team, is in Las Vegas tonight to try to get a second consecutive win over Conor McGregor.
12:15 AMa year ago

Conor McGregor, as he has always been characterized, enters this moment looking to shut mouths after the multiple criticisms he has received in recent months and since his fight last January.
12:10 AMa year ago

Conor McGregor vs. Dustin Poirier will happen in minutes in the third edition and, the winner, will most likely be facing Charles Oliveira in a few months for the championship title.
12:05 AMa year ago

Conor McGregor is already fine-tuning details to make his triumphant appearance in search of victory.

By split decision, Burns took the win against American Thompson in a spectacular bout.
11:55 PMa year ago

Burns came close to knocking him out with a series of punches to Thompson against the ropes, but time ran out. Thompson minutes earlier with a flying kick connected with him and had put him in bad shape for a few moments.
11:50 PMa year ago

Although there wasn't much contact in the first few minutes, Burns eventually came out more determined to take Thompson down and hold him against the cage to pound him several times until the bell rang.
11:45 PMa year ago

Burns sent Thompson to the ground, but was never able to hurt him more than a flurry of punches that the American managed to shake off; but in the final seconds the Brazilian slipped and if it had not been for the buzzer, it would have been the end of him.
11:40 PMa year ago

Through a great show, Stephen Thompson and Brazilian Burns, ranked in the top six of the category, make their appearance.
11:35 PMa year ago

A drink has been said

As we mentioned, Tuivasa had a peculiar celebration to celebrate tonight's victory.

Burns and Thompson are already getting ready and in minutes will be participating in the evening's co-featured bout.
11:25 PMa year ago

This is how he won it

Tuivasa defeated Hardy with an accurate punch to the front of the head to send him to the canvas and the referee had to stop the fight.

Tuivasa sent Hardy to the canvas and he couldn't get up. The fight only lasted 1:03 and then he celebrated by drinking beer out of a shoe. Impressive knockout.
11:15 PMa year ago

In triumphant fashion, Tai Tuivasa and Greg Hardy make their presentation and with a lot of attitude have declared themselves ready to begin the third stellar bout of the night.
11:10 PMa year ago

The Notorius thus arrived in Las Vegas where his only goal is to be able to return to victory in the UFC after trying his luck in other sports, such as boxing.

Irene Aldana had a great fight, she came out focused and dominated at will to take the win over the Russian. Great victory for the Mexican tonight.

She took it. Irene Aldana defeated Yana Kunitskaya with a brutal display by punching her in the face, sending her to the canvas and there she managed to be patient and in the end buried her with a flurry of punches to pull out the victory and vindicate herself.
10:50 PMa year ago

They make their presentation

Yana Kunitskaya makes her presentation and soon will be the Mexican Aldana in the quest to improve her record of 12 wins and six losses.
10:45 PMa year ago

Conor McGregor in his traditional attire and style has arrived at the venue for the fight that will be crucial in his career.
10:40 PMa year ago

O'Malley took the victory over Moutinho, who showed a lot of grit and heart.

With a lethal blow to the face, O'Malley defeated Moutinho to set the screams and emotions in Las Vegas ablaze.

Will be in action

Mexico's Irene Aldana is fine-tuning the final details to enter the octagonal and seek to return to victory. She is motivated by the fact that a few weeks ago Brandon Moreno was world champion.

What a night we will live where the trilogy will be completed between a needy Conor McGregor who wants to get a rematch against Dustin Poirier. We begin with the coverage of the event.
10:20 PMa year ago

What time is Dustin Poirier vs Conor McGregor 3 match for UFC 264?

This is the start time of the game Dustin Poirier vs Conor McGregor 3 of 10th July in several countries:

The Poirier vs. McGregor fight is expected to take place around 12:30 a.m. (USA ET pm).

While the Irishman has only had 27 fights with 22 wins (19 by knockout) and five losses, the last of them last January. 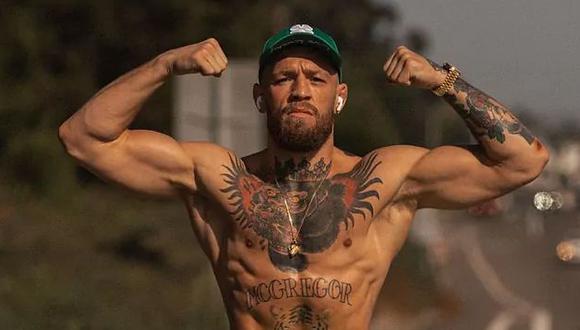 The American has been in the octagon 34 times, winning 27 fights (13 by knockout) with six defeats and one draw. 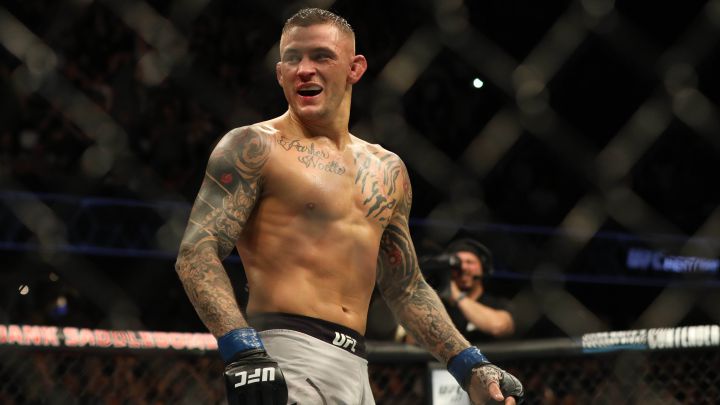 There will be Mexican activity

After Brandon Moreno gave the UFC title to Mexico a few weeks ago, now it will be Irene Aldana's turn to reappear, who unfortunately did not comply with the weigh-in and was fined.
9:40 PMa year ago

The current lightweight champion, Charles Oliveira, predicts a knockout victory for Conor McGregor, noting that the winner of this fight will most likely be facing him to revalidate his UFC lightweight title.
9:35 PMa year ago

McGregor vs Poirier weight: without many problems

This Friday was held the traditional weigh-in where the two fighters had no problems to clear the scales of 165 pounds and declared themselves ready to revive the intense rivalry they have. It should be noted that McGregor went crazy and dropped a kick in the middle of the confrontation.
9:30 PMa year ago

They have shared victories in the two previous confrontations. The first one took place on September 27, 2014, where the Irishman only needed three minutes to win; however, on January 24 of this year Poirier got his revenge and in the second round, he got his revenge to surprise and defeat Conor.
9:25 PMa year ago

Every time Conor McGregor steps into an octagon he generates huge expectations and this time, six months after his last fight, he will seek to vindicate himself and give a blow of authority to demonstrate that he is still at his highest level.
9:20 PMa year ago

The Dustin Poirier vs Conor McGregor 3 fight will be played at the T-Mobile Arena, in Las Vegas, United States. The kick-off is scheduled at 10:30pm ET.
9:15 PMa year ago

Welcome to VAVEL.com’s LIVE coverage of the UFC 264: Dustin Poirier vs Conor McGregor 3!

My name is Adrian Hernandez and I will be your host for this fight. We will provide you with pre-game analysis, roster updates, and news as it happens live here on VAVEL.