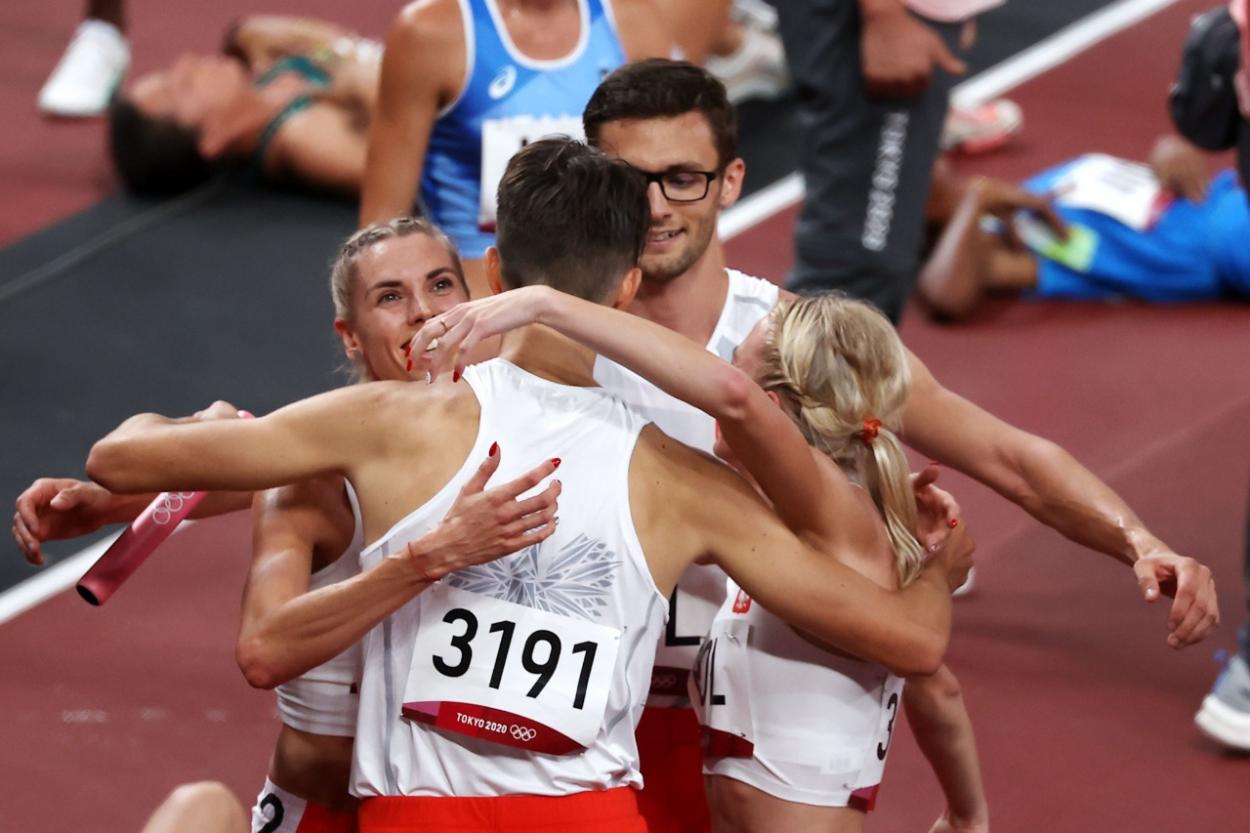 Poland takes the Gold and sets an Olympic record with 3.09.87". The Dominican Republic and the United States won the Silver and Bronze, respectively.
8:45 AM2 months ago

The Dominican Republic took the lead, but Poland, with a great strategy, managed to tighten its grip in the last meters.
8:39 AM2 months ago

All 9 teams will start with a man in the first relay
8:35 AM2 months ago

Teams come out and introduce themselves minutes before the start of the event in its first edition in the history of the Olympic Games.
8:26 AM2 months ago

One of the most exciting aspects of a test debut is the unknown, especially when it comes to predictions of winners.
8:08 AM2 months ago

Jacques Borlee, father and coach of the talented brothers, believes that the event is conducive to new and varied strategies, which can change the momentum of the race. "We have to establish a strategy considering the quality of the athletes at our disposal," he says. "And we have to imagine the order our rivals will choose and find an answer to that. It's always a difficult choice and requires a lot of thought."
8:03 AM2 months ago

What do the athletes think of this test?

For Kevin Borlee, bronze medalist in the 400 m at the 2011 World Championships, the relay means an opportunity for countries that otherwise would not have the number of athletes to succeed in the traditional relay events. "It gives more opportunities to more countries," he explains. "With the mixed relay, with just two men and two women, you can create an Olympic team, whereas for the traditional relays you need at least four athletes of the same gender."
7:58 AM2 months ago

Do not miss a detail of the Athletics: Final 4x400 Mix live updates and commentaries of VAVEL.
7:53 AM2 months ago

How to watch Athletics: Final 4x400 Live Stream on TV and Online?

If you want to watch the Athletics: Final 4x400 Mix live on TV, your options is: Marca Claro.

The medley relay involves a team race of four athletes - two men and two women - in which each athlete must complete one lap of the track before the next person on the team starts his or her leg. Each team can decide in which order its athletes run, with two men followed by two women, or vice versa, or in an interspersed manner.
6:53 AM2 months ago

This new competition format in mixed relays was only introduced at the Nassau World Championships in 2017, but it was not until two years later in Doha 2019 that it became popular.

Today this format makes its debut at the Olympic Games.