Back in the semifinals after 21 years!

SPAIN DREAMS TODAY MORE THAN EVER! The national water polo team is very close to getting the top medal in this Olympic competition.

We hope you enjoyed the Spain vs United States quarterfinals of the men's water polo quarterfinals at Tokyo 2020. Continue to visit the VAVEL website to keep up to date with all the information throughout the day.
2:26 AM2 months ago

Spain is still dreaming of a Gold Medal!

The game began with a very even and hard fought first quarter for both teams, then, for the second quarter things would not change as the Spanish and Americans would end up tying on the scoreboard.

For the last two quarters, the Spanish team would take the lead again and would keep it and extend it as the minutes went by.

With this result, the entire Spanish nation dreams of obtaining the double in water polo and keeps its hopes alive in the men's and women's national teams.

The match is over! Spain is in the semifinals of Men's Olympic Water Polo and dreams of medals!

The Spanish goalkeeper continues to play a key role in gradually killing off U.S. hopes.
2:07 AM2 months ago

Spanish score! Blai continues to overtake the Spaniards and they are close to qualifying
2:02 AM2 months ago

A HIT! Spain's goalkeeper makes a great save to maintain the Spanish lead.
1:55 AM2 months ago

The score remains the same, the match is still very close and the United States is running out of time.
1:49 AM2 months ago

The final part begins! Spain is close to advancing and the U.S. goes for anything.
1:48 AM2 months ago

The third period is over! Spain is still up on the scoreboard and is close to go to the final.
1:43 AM2 months ago

Very close match! Spain is still ahead on the scoreboard but the match is still very even between the two teams.
1:36 AM2 months ago

Spain scores! Bernart gets back on the scoreboard and gives Spain the lead.
1:34 AM2 months ago

The third quarter begins! It will be a fundamental part of getting closer to victory in this match.
1:32 AM2 months ago

The second quarter is over!

USA scores! Alex Obert gives the Stars and Stripes the lead.
1:23 AM2 months ago

The second half of this thrilling quarterfinal duel begins
1:15 AM2 months ago

The first quarter is over!

Fernandez Miranda scores the second for Spain!
1:06 AM2 months ago

Spain scores! Felipe Perrone opens the scoring
1:04 AM2 months ago

Attempt by the United States that goes very close! Still 0-0
1:02 AM2 months ago

The first quarter of this quarterfinal duel begins, the winner will advance to the semifinals!
12:55 AM2 months ago

The Spanish national team is ready!

We'll get started in a moment!

In a few minutes the Spain-USA men's water polo match will start, which will give the pass to the semifinal of the Tokyo 2020 Olympic Games and will open the way to the medals.
12:43 AM2 months ago

These Olympic Games mean a lot of hope for Spain as they can finally dream of a double medal in water polo, both in the men's and women's teams, as yesterday the Spaniards won with authority against China (11-7) to advance to the semifinals.
12:31 AM2 months ago

Jesee Smith looks to be the great leader of this feat

The captain of the U.S. team knows the great responsibility he carries on his shoulders and will be looking to lead the great mission of advancing to the semifinals.

Team Captain, @gosmithnow and Team USA will be hitting the pool in just under an hour! Don't miss out on this #TokyoOlympics Quarterfinal match between USA and Spain!

How did Group B end?

The second group of Men's Water Polo ended with the big favorites at the top and Kazakhstan at the bottom of the table:

This is how the 4 European countries qualified to the next round of Tokyo 2020.

How did Group A finish?

Group A, where the U.S. team was located, ended as follows:

The qualifiers were the first four from the group, leaving out the hosts and the Africans.

Seeking to be among the top four

Spain knows that the United States will not be an easy opponent to beat, however, the illusion is not lost and they will seek to continue advancing towards the gold medal with the help of their national teams.

They know that today is the day

The U.S. team knows that today is the day to make history and begin the road to its first gold medal in this sport.

Down to the final 8!

The winner will go on to fight for a medal

Do not miss a detail of the match Spain vs USA with the live updates and commentaries of VAVEL. Follow along with us all the details, commentaries, analysis and lineups for this Spain vs USA Men's Waterpolo Olympic Games 2020.
12:00 AM2 months ago

What time is Spain vs USA match for 2020 Olympic Games?

This is the start time of the game Spain vs USA of 4th August in several countries:

When will the semifinals be played?

The winner of this match will play in the semifinals on Friday, August 6 at 1:30 a.m. at the Tatsumi International Aquatic Center.
11:50 PM2 months ago

Jesse Smith will be the player to watch in this qualifier against Spain, the American is the current captain of the U.S. team and already has vast experience in the Olympic Games (Athens 2004, Beijing 2008 and London 2012), in addition, Smith already knows what it is like to swim in Olympic glory, as it was precisely in the 2008 Olympic Games where he won the silver medal. At the age of 38, he will be looking to give his country one last joy before his retirement. 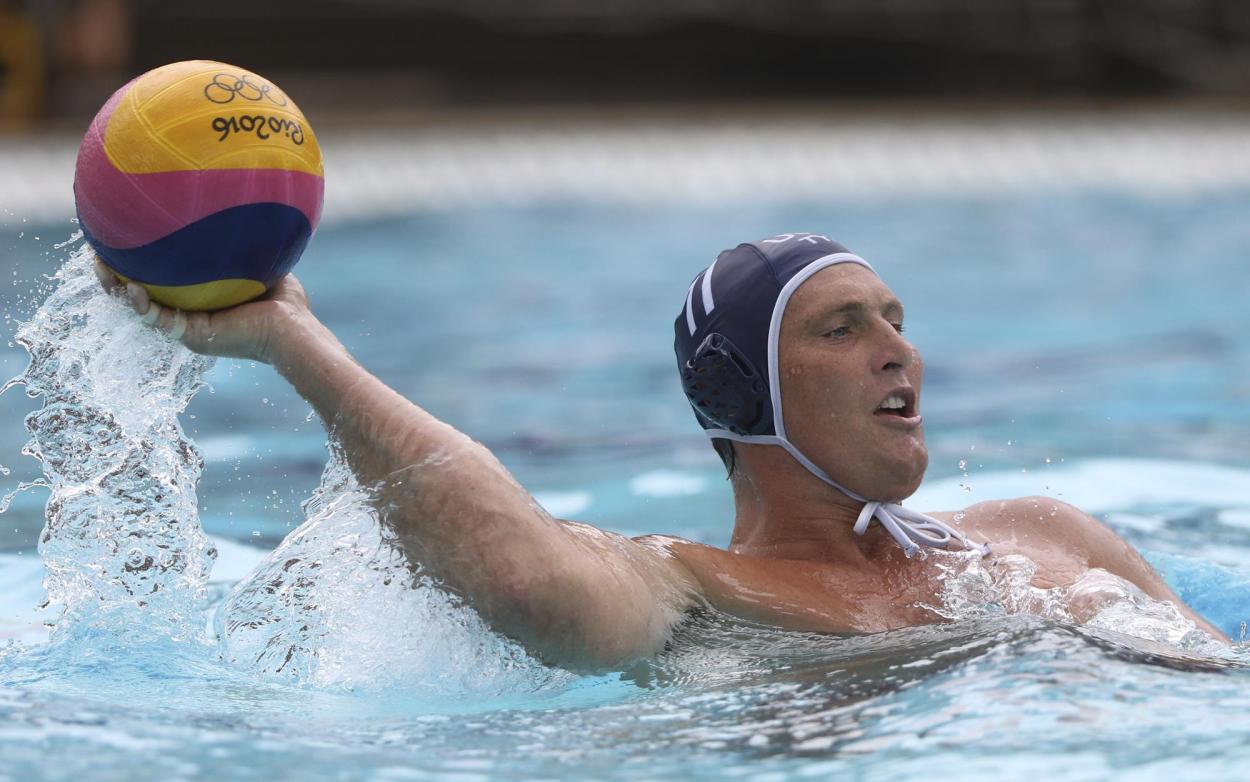 Felipe Perrone is one of the most experienced players in the Spanish team, the Spanish-Brazilian element has competed with Spain since 2005 and among his greatest achievements is the runner-up in the World Waterpolo Championship held in Rome in 2009, so a track record like this could play in favor of the Spanish team at the time of disputing their pass to the semifinals. 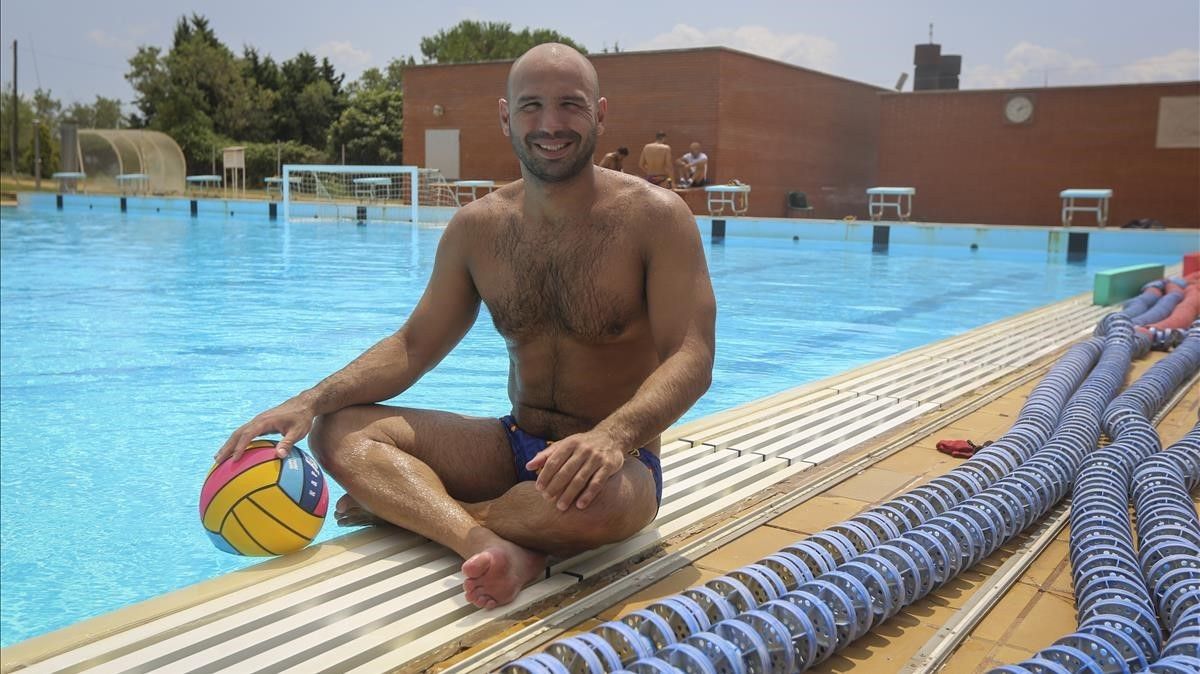 The Stars and Stripes have participated in water polo since the 1924 Paris Olympic Games and have won 6 medals (3 silver and 3 bronze). Although they have not had their best performance in these Olympics, they will be looking for the seventh medal in their history in Tokyo.

Here's our 1⃣2⃣ for today against Greece!

Watch LIVE coming up at 10:30pm et/7:30pm pt on CNBC or on the NBC Sports app. #waterpolo #Olympics pic.twitter.com/AHoOD5KfZG

Favorites to win the gold medal

The Spanish water polo team is one of the great favorites to come out on the podium as first while hanging the golden medal, since in the group phase they swept all their rivals and won the five corresponding victories. This will be the first acid test for the Spaniards if they want to go far in this Olympic competition.
11:15 PM2 months ago

Finished a great win against the host

The USA men's national team finished the preliminary phase with a victory over the hosts of the Olympic Games by a favorable score of 15-13, with this victory the Stars and Stripes will be able to face Spain with greater confidence after almost being left out of Tokyo 2020 after losing three games in a row.
11:10 PM2 months ago

This iconic and spacious venue was designed in 1990 as the main facility for swimming and other water sports in the Tokyo region. It was chosen by the Olympic Committee as the venue for the Women's and Men's Water Polo tournaments and has a seating capacity of 4,700 spectators. 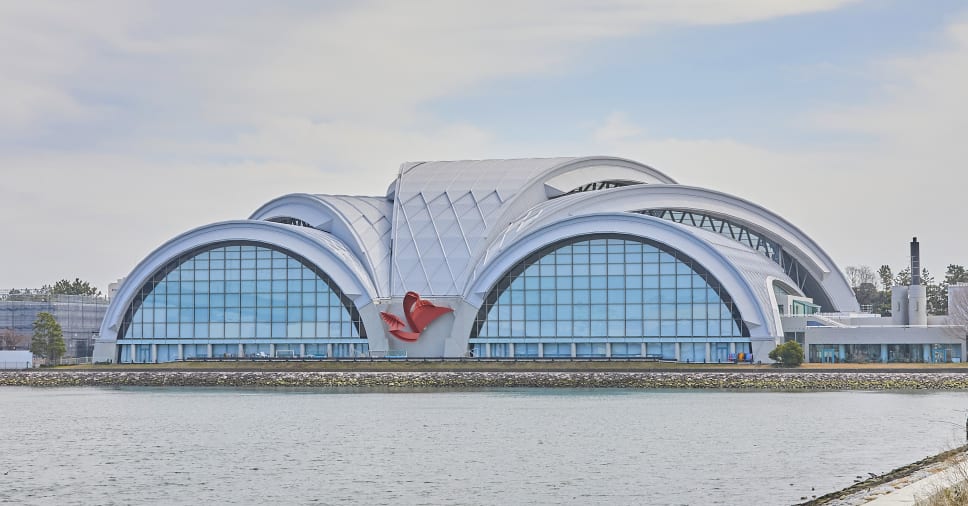 The Spain vs USA match will be played at the Tatsumi Water Polo Centre, in Tokyo, Japan. The kick-off is scheduled at 00:00 am ET.
11:00 PM2 months ago

Welcome to VAVEL.com’s LIVE coverage of the 2020 Olympic Games: Spain vs USA!