Thank you for following the rebroadcast of the fight between American Davis Kewshawn and Cuban Andy Cruz at the Olympic Games. See you next time.
1:35 AMa month ago

With four of the five judges giving 29-28 in favor of Cruz, Cuba took the gold medal in one of the most anticipated fights of the Tokyo 2020 Olympic Games.
1:33 AMa month ago

Both fighters threw punches but not as effectively. Cruz tried to pick up where he left off in the opening minutes, attacking with his southpaw and backing up. The Cuban Cruz took the win in the final round from almost all the judges.
1:29 AMa month ago

Davis with his right hand hit Cruz in the face and did it twice. The Cuban was a little erratic and the outlook has been complicated towards the last round. All the judges gave the victory in the second round to the American.
1:25 AMa month ago

Cruz came out explosively for the first few seconds, but Keyshwan eventually generated damage with his right hand and staggered his opponent, although four of the five judges gave the Cuban the edge 10-9.
1:21 AMa month ago

They jump into the ring

Keyshawn in red and Cruz in blue hit the ring and it's all set for the second bout of the night.
1:15 AMa month ago

After a very even fight, Harrigton of Ireland defeated Brazil's Ferreyra 5-0 to win the gold medal.
1:10 AMa month ago

Harrington's effective punches convinced the judges and all five gave him the win in the second set.
1:07 AMa month ago

Brazilian Ferreyra takes the first round with three judges awarding her the victory in the first three minutes.
1:03 AMa month ago

How did the Cuban boxer arrive?

In the other semifinal of this category, Andy Cruz also repeated the same dose and won 5-0 against Australian Harry Garside.
12:58 AMa month ago

The American Davis was far superior to his opponent, the Armenian Bachkov, to defeat him by a score of 5-0 and thus advanced to the final.
12:43 AMa month ago

Harrington of Ireland will face Brazil's Ferreyra in the 57-60 kg category, while England's Laura Pricen will face China's Li Quian in the 69-75 kg category.
12:38 AMa month ago

To make it even, the organization of the Olympic Games placed two men's fights and two women's fights. Apart from the bout between Cruz and Keyshawn, Uzbekistan's Jalolov will face American Torrez in the +91 kg category.
12:36 AMa month ago

In an hour and a half, four fights for the gold medal will be contested, which promise to cause sparks in the ring, highlighting that there are two North Americans who are looking to continue adding medals for their country.
12:31 AMa month ago

American Keyshawn Davis and Cuban Andy Cruz are competing for the gold medal in the 57-63 kg category in men's boxing. We begin with the coverage.
12:26 AMa month ago

Do not miss a detail of the match with the live updates and commentaries of VAVEL. Follow along with us all the details, commentaries, analysis and lineups for this Keyshawn Davis (USA) vs Andy Cruz (Cuba) Men’s Boxing Olympic Games 2020.
12:21 AMa month ago

This is the start time of the game Keyshawn Davis (USA) vs Andy Cruz (Cuba) of 8th August in several countries:

How did Andy Cruz fare?

The boxer from Cuba got through the first round and automatically made it to the round of 16 where he beat Luke McCormack of Great Britain 5-0; then in the quarter-finals he beat Brazil's Wanderson Oliveira 4-1; while in the semi-finals he had no trouble defeating Australia's Harry Garside.
12:11 AMa month ago

How did Keyshawn Davis fare?

The American opened the round of 16 with a 5-0 win over Enrico Lacruz of the Netherlands by a score of 5-0; in the round of 16 he won by default against Frenchman Sofiane Ouhima; in the quarter-finals he had his closest fight with a 4-1 win over Russian Gabil Mamedov; while in the semi-final he had no major problems to beat Armenian Hovhannes Bachkov 5-0.
12:06 AMa month ago

It should be remembered that in boxing there is no fight for third place because the losers automatically win the bronze medal.
12:01 AMa month ago

The Kokugican Arena opened in 1985 and has a capacity of 13,000 people, is frequently used for sumo activities in Japan and has undergone some renovations in preparation for the 2020 Olympic Games. 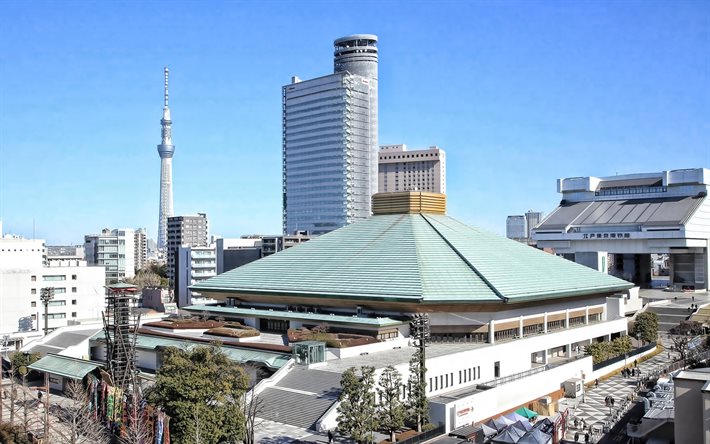 The Keyshawn Davis (USA) vs Andy Cruz (Cuba) fight will be played at the Arena Kokugikan, in Tokyo, Japan. The kick-off is scheduled at 1:15 AM ET.
11:51 PMa month ago