We thank you for your attention during the coverage of this Olympic event. To keep up to date with everything happening at the Beijing 2022 Olympic Winter Games, stay tuned to VAVEL.com.
5:15 AM3 months ago

It’s a #Gold medal for Ryan Regez of Switzerland in the #FreestyleSkiing men’s ski cross!

RYAN REGEZ COMES FIRST WITH A DIFFERENCE OF +26 OVER HIS COMPATRIOT, ALEX FIVA. BRONZE GOES TO RUSSIAN SERGEY RIDZIK
5:08 AM3 months ago

LAST FLIGHT OF THE COMPETITION, RYAN REGEZ IS UNREACHABLE AND IS GOING TO BE THE OLYMPIC CHAMPION, SWITZERLAND PLACES ITS TWO RUNNERS ON TOP
5:06 AM3 months ago

With 300 meters to go, Switzerland makes the one, two on the podium, for now the broce goes to ROC (Russian Olympic Committee).

REGEZ TAKES THE INSIDE CORNERS VERY WELL, HE DROPS THE FLIGHTS PERFECTLY AND THIS ALLOWS HIM TO MAINTAIN A DIFFERENCE OF +25 TENTHS OVER FIVA.
5:02 AM3 months ago

REGEZ UNEXPECTEDLY TAKES THE LEAD, +0.25 AHEAD OF HIS COMPATRIOT.

FOR NOW SWITZERLAND MAKES 1.2 ON THE PODIUM

The competitors start quite evenly, Fiva (Switzerland), begins to take a little advantage. Just a matter of tenths of a second.
4:58 AM3 months ago

THE COMPETITORS SET OFF ON THEIR SKIS AND THE FIGHT FOR OLYMPIC GOLD BEGINS!
4:54 AM3 months ago

In minutes the GRAND FINAL of the BEIJING 2022 MEN'S SKI CROSS/FREESTYLE BEIJING will begin. 🥇🥈🥉

Competitors in the small final will not earn an Olympic medal. The gain for these competitors will be reflected in a rise in world ranking points.
4:47 AM3 months ago

The Italian Deromedis maneuvers very well on the flights and drops them perfectly to take advantage of them
4:39 AM3 months ago

Italian starts to take a big lead over Olympic champion

Competitors set off, Simone Deromedis quickly takes the lead
4:02 AM3 months ago

Brady Leman will not compete for the gold medal. The reigning Olympic champion failed to qualify for the grand final and will not be able to defend his crown.
4:00 AM3 months ago

Competitors in the GRAND FINAL for the gold 🥇

Competitors in the small final

In a few moments we will share with you the details of the men's Ski Cross or Freestyle Skiing finals live, as well as the latest information from the Zhangjiakou Genting Snow Park. Don't miss a single detail of the live match updates and commentary from VAVEL.com's coverage.
5:43 AM3 months ago

How to watch the Ski Cross or Men's Freestyle Ski Finals live?

What time will I be able to follow the Ski Cross or Men's Freestyle Ski Finals?

Brady Leman is the reigning Olympic champion. The 33-year-old Canadian won the gold medal at the Pyeongchang 2018 Winter Olympics. Leman is on the list of participants for this competition, therefore he will defend his Olympic gold on behalf of Canada.
5:28 AM3 months ago

Skicross is a timed competition and therefore not subject to the judgment of judges. The first to cross the finish line wins!

Competitors must advance to the next phase after qualifying according to their respective finishing positions.

The phases will be:

Perrine Laffont (FRA) and Mikael Kingsbury (CAN) are the two main references in acrobatic skiing. Kingsbury, gold in the men's moguls competition at PyeongChang 2018, is the all-time best in that discipline. He holds the record for World Cup moguls titles, as well as the most wins, and is the skier with the most medals at freestyle world championships. He is also the reigning world champion in moguls and dual moguls. Info: Olympics
5:18 AM3 months ago

The four winners of the semifinals will compete for the gold, silver and bronze medals in the grand final of the competition.
5:13 AM3 months ago

Qualifiers to the final stages

Genting Snow Park, located in the east of Chongli County of Zhangjiakou, is four kilometers or five minutes away from the Olympic Village. It has two venues: A and B.

Genting Snow Park A and B will be the venues for the Freestyle Ski and Snowboard competitions. The two venues will offer 5,000 fixed seats and a standing capacity of 2,500, respectively. 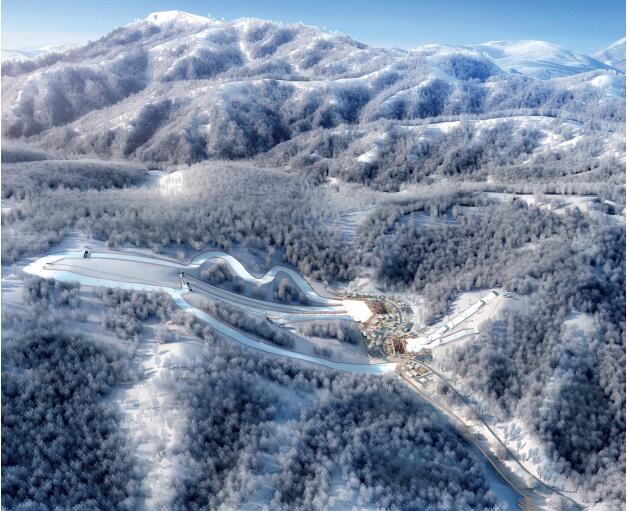 Hello everyone! Welcome to the broadcast of the Men's Acrobatic Skiing Final, corresponding to the Beijing 2022 Olympic Games.

My name is Esteban Monsalve and I will be your host for this event. We will provide you with pre-match analysis, score updates and live news, here on VAVEL.