In the NBA, there are words that are thrown around a lot in regards to the top players in the league: "star", "superstar", "franchise", and "elite". Four different types of players on four different levels. Not every star is a superstar, and every superstar isn't an elite player. Unfortunately, every starting player that can put up twenty points thinks they're an franchise player. That is not the case. It's not always numbers that make a player one of the best.

A star player would be the type of player that is on the cusp, can, or has been an all-star. They're usually the glue that holds the team together, but they are more than just a role player, and usually end up being snubbed from the NBA All-Star game. Lance Stephenson is a prime example. While his numbers don't jump out at you, with averages of 13.8 points, 7.2 rebounds, and 4.6 assists per game on the season, it's the effect those numbers have on his team that make the difference. Leading the team in rebounds at the shooting guard position is a feat in itself, but Lance Stephenson is the heart and soul of the Indiana Pacers. Lance is the team's offense when Paul George is on the bench or is having an off game. He's also the guy who gets the crowd and his team energized with timely baskets, blocks or even a technical foul for not backing down to the other team's best player. Lance Stephenson can and will more than likely be an all-star in the future, but whether or not he is a superstar remains to be seen. Keeping his emotions in check will be a big key to Lance Stephenson's growth. 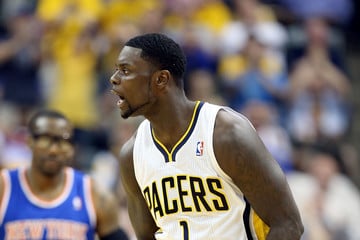 It's just that simple. Lance has all the tools to become whatever type of player he wants to be. The only thing stopping Lance is Lance.

A superstar is pretty straight forward. They're the guys who are consistently in the NBA All-Star game. They will get you numbers and are usually known for something. Maybe a high flying dunker, shot blocker, three-point threat etc. And more than likely, one of three best at more than one part of the game. Kevin Love is a prime example of an superstar. Kevin Love is one of, if not the best rebounder in the NBA. Love can get you twenty rebounds on any given night. On top of being an amazing rebounder, Love is the best shooting big man in the league next to Dirk Nowitzki. The only reason the Timberwolves are even relevant is because of the play of Kevin Love. He is a double-digit points and rebound guy game in and game out. Kevin Love unfortunately has only played more than seventy games in three of his six seasons. You have to have your leader playing consistently if you want to win.

Kevin Love isn't a horrible defender, but the same effort he puts into his rebounding, he should be putting into stopping the guy he's guarding. He's a big, strong body who shouldn't be scored on so easily.

This is the guy who is the fixture to build your team around. He's the leader of this team, whether he is the vocal leader or leads through his actions. He usually leads your team in points or assists, possibly even both. He's the guy you give the ball to when you're down five with under a minute left to get the team back in the game. When you look at the stat sheets, you're not shocked that this player has 40 points and also leads the team in three other catagories. Kevin Durant of the Oklahoma City Thunder is one of these guys. Kevin Durant is the epitomy of what a team should build around. He's keeps his cool, he rebounds, doesn't complain to the refs when a call is bad, and even though Durant is the man, he will still dive on the floor for a loose ball. Durant isn't the best defender, but he is far from lazy. The best part about him is that he gets better every year. Durant's amazing scoring abilityis well documented, but KD can be locked down by the likes of LeBron James. 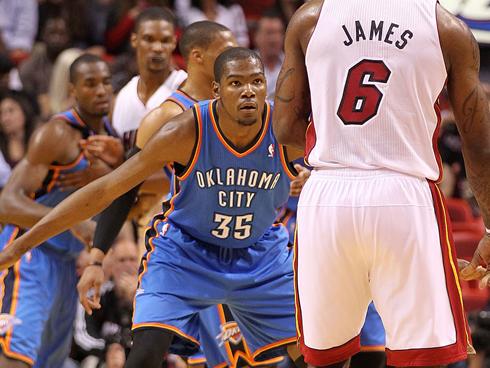 Durant is already a better than average defender. All he's missing is a First or Second Team All-NBA Defensive Team nod that a player like Kobe Bryant gets almost every year from his intense defense. This may seem like a small thing, but every elite player has been known as guy who takes pleasure in defending the other team's best player, and making things a nightmare offensively for that individual.

An elite player is a player that you can throw on any team and regardless of their personnel, he will carry that team to the promised land. He makes bad players good and good players better. They can score, rebound, defend, distribute the basketball, and be a leader and an example of hard work on the court. The easy choice would be Lebron James, but Joakim Noah is a man who has gone from role player, to a star, and all the way to an elite player. Like Lebron James had done in Cleveland by carrying a team of average players on his back, Noah is doing the same in Chicago.

In the beginning of the NBA season, all eyes were on Derrick Rose and how he would carry this Bulls team on his back to greatness. When Rose went down with a season ending injury, critics everywhere expected the Bulls to give up and tank the season. Apparently Noah didn't get the memo. Noah's numbers aren't impressive at all: 12.6 points, 11.2 rebounds, 5.4 assists, 1.5 blocks. Those are the numbers of a role player. What Noah has done is shaped this motley crew of players into a team that doesn't give up and plays hard game in and game out. Not only has he emrged as arguably the best center in the league this year, but Noah is making teams double him in the block, which has turned Noah into the best passing big man in the league. Noah demands 100% from his teammates and gives 110%. While they may be third in the weak Eastern Conference, they've beaten the two best teams in the East and remain a team you do not want to play in the playoffs.

Noah exemplifies what it means to be not only be a team player, but rise into becoming an elite player.