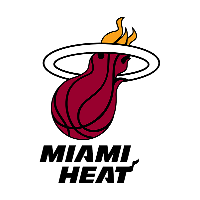 The Miami Heat have struggled thus far in the 2014 NBA preseason and going up against Stephen Curry and the Golden State Warriors is no easy task, but the Heat found a way to get the job done.

The first quarter saw Miami go up 27-23, Luol Deng and Shawne Williams who were in the starting line up for the Heat helped out, each scoring 19 points respectively.  In the second Golden State seemed to get their balance back as they outscored Miami 33-20 for the quarter.  Heat guard Dwyane Wade chipped in 10 points on 5-for-10 shooting and also had three assists.

After halftime, the game seemed to get tighter, with the Warriors only winning the quarter by three points, 39-36.  Klay Thomspson had a game high 29-points for the Warriors in 32 minutes of action and went 10-for-21 from the floor.  The surprise in this game was Shabazz Napier, who was Miami's leading bench scorer with 14.  Napier went 4-for-10 from the field while playing 27 minutes.

In the fourth, the Heat would not be tampered down as they won the quarter 32-13 and effectively crushed any chance of Golden State coming back.  Chris Bosh looked solid during this game, he had 21 points, seven rebounds, two assists, and one steal. However, it was Golden State's David Lee who had the best performance on Friday night with 24 points on a perfect 11-of-11 shooting.  Lee also hauled in five rebounds along with one assist and one steal.

Golden State's three-point shooting was terrible at 29 percent, while Miami let them fly and shot 63 percent from behind the arc.  Both teams have plenty of work to do before the season starts, but it's always good to see All-Stars performing at a high level such as Bosh and Lee did on Friday night.

The Golden State Warriors play Sunday night at 8 PM ET against the Houston Rockets, while the Miami Heat play against the defending champion San Antonio Spurs Saturday at 8:30 PM ET.

Morey to Become Sixers President of Basketball Operations&nbsp; 5 hours ago

Nelson Hired by Sixers 7 days ago