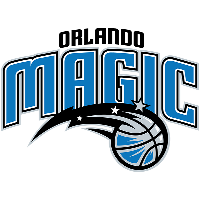 After getting destroyed at the Staples Center by the Chicago Bulls Monday evening, the Los Angeles Clippers bounced back in the first of two games in Florida, as they defeated the Orlando Magic by 24 points. They finished the game 90-114 at the Amway Center.

Orlando pushed the Clippers to the brink during the first half, but Los Angeles took a nine-point lead into halftime. Things really opened up in the third quarter, as L.A.'s second string went on a 27-11 run, pushing their lead to 16 heading into the final frame. It really was the backups that won the game for the Clippers, as they completely dominated the Magic's bench by outscoring them 60-27. Yes, that isn't a typo.

Jamal Crawford had another spectacular night coming off the bench once again leading all Clippers, as he finished with 22 points, shooting better than 60 percent on the evening. Five more Clippers finished the night with double digit points, as the team shot an astounding 54 percent from the field and hit a whopping 57 percent of their three-point attempts, making 12 out of their 21 shots. It was also their effort on defense that helped win the game for them, as they forced 13 turnovers, but made Orlando shoot just 40 percent on the night.

As noted, the Magic had a horrendous night shooting the ball, making just 34 shots. If the Magic fans can take one positive from this game, it would be their rebounding, as they out-rebounded the Clippers 48-39, a majority coming off the defensive glass. Tobias Harris had a great night scoring, as he finished with 25 points. Harris was 2-for-2 from beyond the arc and made all seven of his costless throw attempts. Three other Magic players finished in double figures, including Channing Frye, Nikola Vucevic, and Andrew Nicholson, who contributed 10 points coming off the bench.

The Clippers will travel to Miami, as they face the Heat tomorrow, November 20, in South Beach. Orlando will be on the road as well in their next game as they take on the Charlotte Hornets on Friday, November 21.