WAS13
END8 hours ago

The Chicago Bulls and Cleveland Cavaliers are set to square off in their first playoff series since 2010 and even Joakim Noah is excited about it. The two teams have a rich history of both regular season and playoff matchups going back to the first meeting between the two teams on December 20, 1970, but it is the six playoff matchups since 1988 that make this one of the storied rivalries in NBA history. However, when the rivalry renews on May 4, 2015, these teams will be in much different roles.

The late-1980s was the pinnacle of the rivalry. The two teams were at their most competitive and regular season records rarely mattered. Michael Jordan also carried his torment of Craig Ehlo into the playoffs and sent Cleveland and their fans into the offseason in tears. Jordan never hated Cleveland, he just treated them like he did.

The first time the Bulls and the Cavs met in the playoffs was 1988, when Michael Jordan was only in his fourth season and Scottie Pippen was a rookie. Cleveland, led by Mark Price, Larry Nance, and Brad Daughtery took the third place Bulls to five games before losing in Chicago Stadium 107-101. It was a record-breaking series for Michael Jordan. His 226 points remains the playoff record for points in a five game series and his 45.2 ppg average is the second highest average in NBA playoff history behind Jerry West's 46.3 ppg average in the 1965 Western Conference Finals. Jordan also became the first player in NBA history to score 50 points in back-to-back playoff games (on an injured knee), and according to the Chicago Tribune, over the course of Games 1 & 2, he tied or broke fourteen Bulls team playoff records. Scottie Pippen may have been correct when he declared Jordan "God's gift to the world." Cavs fans almost certainly felt the same after falling to the Bulls in Game 5.

1989 Eastern Conference First Round - "The Shot"

"It`s the most outstanding shot I`ve ever seen." -Cavs center Brad Daugherty on "The Shot" in 1989

The next year was another first round clash between the Central Division rivals. Unlike the year before, the Cavaliers, with 57 regular season wins, had home court advantage and had won all six regular season games, which led to talk of a sweep. "Sweep my butt," Jordan said as the Bulls stole Game 1 in Cleveland 95-88. The Bulls were up 2-1 for Game 4 where Jordan scored 50 points but missed a free throw that could have clinched the series. Game 5 was on May 7, 1989. The game is probably the most well-known game between these two teams, a thriller etched in Bulls/Cavs history. The Cavaliers had done everything right: won 57 regular season games, swept the Bulls in the regular season, and had only allowed one Jordan 50 point performance in the series. However, it only took Jordan a few seconds to render it all meaningless when he took  the inbound pass, took a dribble, hung in the air, waited for Craig Ehlo to come down, and hit the shot at the buzzer.

By the early 1990s the Bulls were a championship team. Cleveland was still talented, but overall the matchups between the two, with the 1992 Eastern Conference Finals being the exception, were not near as competative as in previous years.

When these two teams met in 1992 the stakes were higher, with the Bulls trying to win a second consecutive NBA title and the Cavaliers playing in the franchise's first Eastern Conference Finals series. Both teams were forced to play seven games to get out of the semifinals and the Bulls were relieved to see Cleveland after being nearly beaten to death by the Knicks. Even though the Bulls had failed to breeze through the playoffs in the same fashion as the year before, the Cavaliers came into the series underdogs, mostly because they had only beaten the Bulls twice since 1989. And if they needed a reminder of the obstacle, the NBA presented Michael Jordan with his third MVP award before Game 1, which the Bulls won 103-89. In Game 2 the Cavaliers looked like a team that won 57 regular season games when they handed the Bulls a 27 point loss, stealing home court and giving the Bulls their worst home beating since 1985. Four of the first five games in this series were each decided by more than ten points (Game 4 was a 9 point Bulls win). Game 6 was in Cleveland, and it was the closest of the series but the Bulls sent Cleveland home for the summer with a 99-94 win after a valiant six game effort.

"How often can he [Jordan] stun the decent citizens of Cleveland into gape-mouthed silence?" - Bernie Lincicome, Chicago Tribune

"History repeats itself" is an often overused cliche but by the time the Bulls had swept the Cavaliers out of the 1993 playoffs, Cleveland fans were suffering from a heartbreaking case of deja vu. This series was not as competitive as in previous years and the Bulls won the first three games handily. Jordan gave Gerald Wilkins the Ehlo treatement, burning him for 43 points in the opening game. The Cavaliers found themselves facing their first ever sweep at the hands of the Bulls in Game 4, the most competitive game of the series. The Cavaliers built a ten point lead in the 4th period, but the Bulls mounted a comeback and tied the game with just enough time remaining for Michael Jordan to send Cleveland into the offseason as only he could. This time it was Gerald Wilkins and not Craig Ehlo, but, with the Bulls up 3-0, all “The Shot II” did was solidify the inevitable. However, for the Cavs the ending was all too familiar.

1994 Eastern Conference First Round - The One Without Jordan

With Michael Jordan retired and playing baseball in 1994, the Scottie Pippen-led Bulls finished third place in the Eastern Conference with a 55-27 record and met the Cavaliers in the first round of the playoffs. However, even the absence of Michael Jordan could not change the outcome. For the second straight year, the Bulls swept the Cavaliers out of the playoffs in dominating fashion.

Both teams battled through trials, tribulations, and enjoyed success before their playoff paths crossed again in 2010. This time the Cavaliers had a number 23 to torment their longtime rivals. Joakim Noah also added another wrinkle to the saga by criticizing the entire city of Cleveland, comments that still garner him boos in the city; some variation of the original "Noah sucks" chant that rang through Quicken Loans Arena in 2010. Lebron James averaged 31 points, 9 rebounds, and 8 assists for the series, burned the Bulls for 40 points in Game 2, and a triple-double (37/12/11) in the Game 4 blowout. Cleveland went ahead to win Game 5 and the series, which remains Cleveland's only playoff victory over the Bulls.

"The Cavs always felt if they could just get by the Bulls, they could have gotten to the finals," said former Cavalier guard Ron Harper. As the Eastern Conference Semifinal series begins Monday in Cleveland, the Bulls once again find themselves an underdog against a team they once dominated and, like the talented Cleveland teams of the late '80s and early '90s, are in a familiar predicament: fighting as much against a superstar wearing number 23 as they are against any team. The Bulls are finally healthy, Lebron James has brought the Cavaliers out of the trash-bin of the Eastern Conference, and a storied rivalry returns to the playoffs. 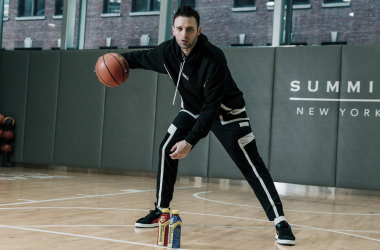