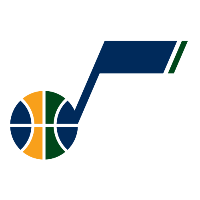 The Chicago Bulls vs. Utah Jazz game went down to the wire as the Jazz came out as the winner in overtime. During regulation, the Bulls and Jazz were scoring right behind each other, almost like a game of horse until someone felt like they want to start defending. The Bulls went into halftime up by 4 with 6 turnovers. Then the roller coaster ride began.

Bulls Breaks Down in Clutch Moment

After halftime, more turnovers were committed, yet the Bulls stayed in the game with their not-so-great defense, and their three stars carrying most of the load. With some time left in the fourth quarter, the Bulls was running a play with Jimmy Butler as the ball handler. Driving to the rim, as the defense closed in on him, Butler then found the open Derrick Rose wide open at the corner, and Rose knocked down the huge three to give them the lead.

After that possession, Gordon Hayward drove the ball  and scored, getting to the free throw line to tie the game up. The Bulls fell asleep on a Hayward missed free throw, which would've gave them possession to milk the clock down and find a high percentage shot to win the game. It was at that moment when it went downhill from there.

The Jazz took over in overtime, going on a 12-3 run from the tip to win the game 105-96. This is the Bulls' 3rd overtime they didn't score more than 10 points. The Bulls had more turnovers in overtime than they scored.

Derrick Rose has been playing aggressive since he took of the mask off in December. He drove into the paint Monday but not as frequently as he normally decides to because of the presence under the rim of Rudy Gobert, and due to the fact that the referees were holding their whistles and withholding from Rose the calls he rightfully deserved. The referee gave Rose a technical foul for complaining about not getting his calls in the first quarter. It's rather odd to know that the league recognizes his situation, and yet there are no improvements being made.

Both teams turned the ball over fourteen times, but the Jazz took advantage of the Bulls' turnovers and scored 13 fast break points to the Bulls' four points in transition. Chicago's bench has been inconsistent and was again Monday. The ball stuck to one side of the floor or to one player's hand for the Bulls in this one.

This is the first three-game winning streak of the season for the Jazz. They used the pick and roll offense against the Bulls the majority of the night. Rookie point guard Raul Neto used the screen and roll to free himself and score a career high 14 points for Utah.

With the news of Mike Dunleavy getting closer to come back after going into the D-League, it will be quite intriguing to see how well the Bulls will play when Dunleavy and Nikola Mirotic come back after All Star Break.

It wouldn't be surprising if the Bulls get on a winning streak heading into the playoffs. However, depending on whether Dunleavy solves as many problems as expected, the Bulls bench could fail to improve upon its inconsistency and ability to defend better, as well as to move the ball more on offense, and if that does happen, the Bulls will not make the playoffs this year, yet alone survive a seven-game series against anyone in the East.