10:56 PMa year ago
Thanks for following this game with us live here on VAVEL USA. Remember to stay tuned for more info and games.
10:55 PMa year ago
Tough night for the Pelicans. Without Zion and with 5 players in double digits, NOLA fell at the Scotiabank Arena.
10:54 PMa year ago

Fred VanVleet led all scorers with 34 points.
10:53 PMa year ago

Toronto defeats New Orleans 130-122 in the NBA season opener at the Scotiabank Arena.

VanVleet sinks a three from the corner and that may be the dagger. MVP chants for 'Fredie' in the building!
10:47 PMa year ago

Jrue Holiday really doing work. Finishing with the left hand on the rack!
10:44 PMa year ago

Toronto will have the last shot of the game!
10:37 PMa year ago
Pascal Siakam picks up his 6th PF and fouls out!
10:36 PMa year ago

Former Laker duo gives the Pelicans' the lead. NOLA up by three.

The Raptors are not giving up. Pascal Siakam gets the bucket plus the foul. One point lead for the Pelicans with three minutes remaining.
10:22 PMa year ago

It looks like the Pelicans will play the final minutes of the game without their starting PG, Lonzo Ball.
10:18 PMa year ago
NOLA leads by 6 with 4 minutes to play in the game.
10:17 PMa year ago

Josh Hart got himself a double double off the bench.

Josh Hart with a double double in his first regular season game as a Pelican:

Pascal sinks a three to give a four point lead to Toronto.
10:09 PMa year ago

Everyone touching the rock for NOLA.

Nicolo Melli is 4-4 in threes tonight.

BI puts the moves on OG Anunoby and gets the basket plus the foul.
9:40 PMa year ago

Raptors just showed a video of Nickeil on scoreboard during timeout, acknowledging him as a Toronto native and player for Canada's national teams.
9:39 PMa year ago

Quick 3 to start the half for Lonzo

Zo feeling himself from deep! pic.twitter.com/iJtkWwdqAr

Second half is underway!
9:08 PMa year ago

5 points, 3 rebounds and 5 assists for Lonzo Ball in this first half.
9:01 PMa year ago

Ingram has 10 points. First Pelicans players to be in double digits.

8:58 PMa year ago
Ibaka has to earn those baskets.

First 12 minutes of this new season are in the books. Pelicans lead the Raptors 30-27 at the Scotiabank Arena.

The Canadian gets his first NBA points in Toronto.
8:25 PMa year ago

Moore, Okafor and Hart check in for the Pelicans.
8:17 PMa year ago

VanVleet finishing through contact on Lonzo Ball and then letting him know with a little bit of trash talk.
8:16 PMa year ago

Back to back threes from VanVleet and Lowry.
8:13 PMa year ago

Really good defensive intensity by the Pelicans. They lead 17-6.
8:08 PMa year ago

Pelicans splashing it over the Raptors

Three threes made already por NOLA and Nick Nurse is forced to call a timeout.
8:07 PMa year ago

Three pointer by OG and straight after Ball responds with a three of his own.
8:06 PMa year ago

Ball gets the first points of the game for the Pelicans.
8:03 PMa year ago

Full house at the Scotiabank Arena 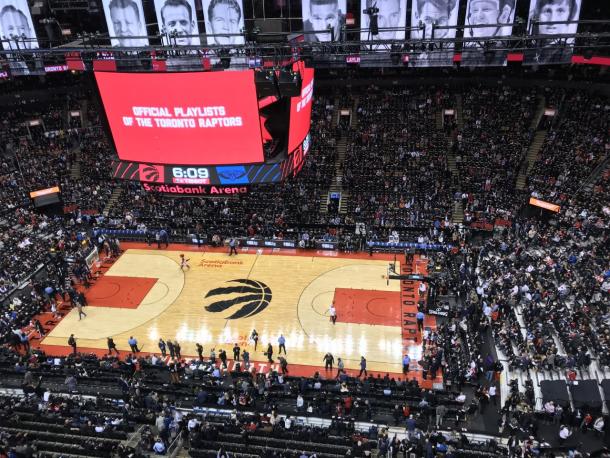 The first game of the new NBA season is underway at the Scotiabank Arena in Toronto, Canada.
7:57 PMa year ago

Lonzo Ball finishing his warm up ahead of tonight's matchup.

Lonzo Ball working on that stepback three ahead of the start of the game. pic.twitter.com/G4TRnQODCs 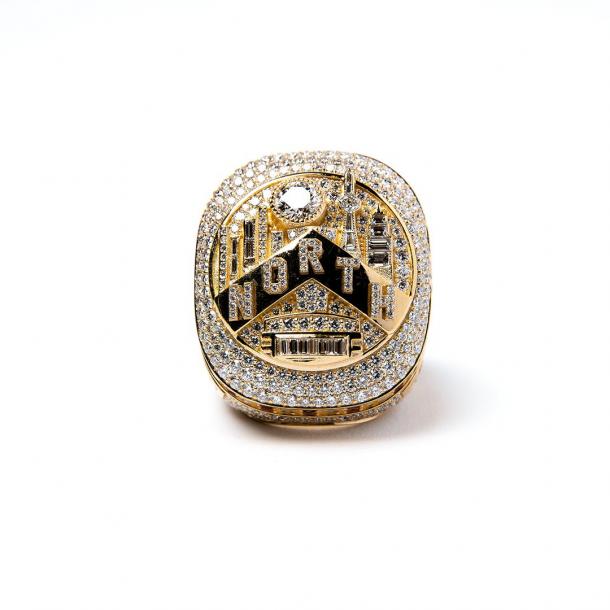 Moment for the ages

Our first will never be forgotten. #WeTheNorth pic.twitter.com/OCr0jOdj09

VanVleet is an NBA champion

Fred VanVleet is a rockstar in Toronto pic.twitter.com/nxT4jLoAXd

Nick Nurse gets his championship ring

Huge round of applause for the Toronto Raptors Head Coach, Nick Nurse.

Nick Nurse gets his championship ring and people are loving it! pic.twitter.com/ww94rxb4G9

The director of basketball operations, Masai Ujiry, gets his championship ring.
7:33 PMa year ago

Adam Silver takes the microphone to introduce the rings

The NBA Commissioner starts his speech with ''Finally Basketball''
7:32 PMa year ago

Lonzo, Redick, Holiday, Ingram and Favors will start for the away team.

Brandon Ingram was the first Pelican to be in the court getting shots in.

Brandon Ingram getting loose ahead of the season opener. pic.twitter.com/bXVfWRorIV

7:23 PMa year ago
We are just minutes away from the banner unveiling and Ring Ceremony at the Scotiabank Arena.

7:09 PMa year ago
Paskal Siakam signed a contract renewal this Monday, announced Toronto. "He has improved himself every season without cutting any corners. He is a testament to hard work paying off and we’re thrilled that he will continue his career here in Toronto," said Raptors GM.
7:08 PMa year ago
The NBA Champ returns home to start their title defense.
7:05 PMa year ago

We are just one hour away from this 2019 NBA Season opener between New Orleans Pelicans vs Toronto Raptors here at the Scotiabank Arena.
9:53 AMa year ago
Do not miss a detail of the match with the live updates and commentaries of VAVEL. Follow along with us all the details, commentaries, analysis and lineups for this Pelicans vs Raptors.
9:49 AMa year ago

No Zion in the North

The #1 pick of the 2019 NBA Draft, Zion Williamson, is expected to miss the first few weeks of the regular season with a knee injury. 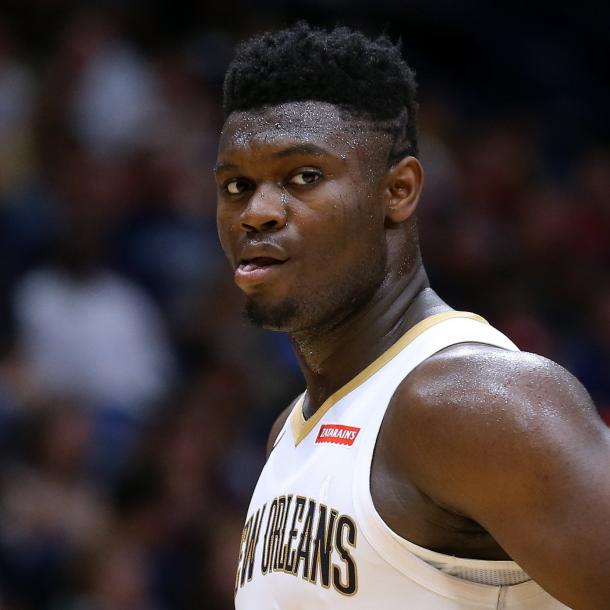 With Williamson out Alvin Gentry may be able to try a new starting five with three guards including Lonzo Ball, JJ Redick and Jrue Holiday.
9:44 AMa year ago

''We gotta hold the fort down until he comes back. There's no need to panic, is not like he's missing the whole season, it's just a couple of games.''

NOLA played 5 preseason games and managed to win all 5. The Pelicans impressed on the fact that 4 of those 5 wins where on the road.
9:41 AMa year ago

Raptors star Pascal Siakam's four-year, $130M maximum deal with Toronto does not include any player or team options.

Nick Nurse's squad ended the preseason with a 2-2 record. The Raptors wins' were against the Rockets and the Nets.
9:38 AMa year ago

In the season opener at the Scotiabank Arena, the current NBA champions, the Toronto Raptors, will get their championship rings.
9:37 AMa year ago

How to watch Pelicans vs Raptors Live TV and Stream

Bol Gets Standard Contract From Denver 3 hours ago

No Fans at Bucks Games Next Season 17 hours ago

Len Is Tampa 'Bound' a day ago

Suns Improve Rotation a day ago

Players Travel to Vatican City a day ago