Even though the New Orleans Pelicans have one of the worst records in the NBA this season, the brotherhood they have created in just a matter of months is sensational.

This young group of players with a couple of veterans keep making strides in the right direction. In order for them to keep improving their chemistry on and off the court, the point guard Lonzo Ball, decided to hook each teammate up with their own personalized X-Box.

Rookies Zion Williamson and Nickeil Alexander-Walker were shocked, and their reactions were a must see. Williamson even thought the gift was coming from the vet Jrue Holiday, and was really surprised when he found out they were coming from 'Zo'. 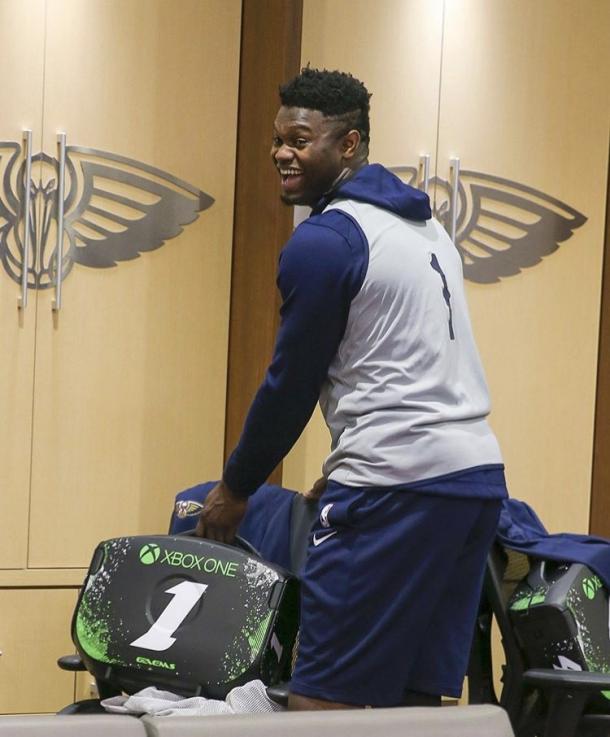 The Pelicans have been doing a lot of 'give back to the community' activities in the last couple of weeks with Lonzo being the focal point by the organizations.

This gift will only raise the chemistry inside the locker room, and even though some players are likely to get traded in the coming trade deadline, there's no doubt this young group of players have built a brotherhood in just a matter of months.