All the hype may be around his brothers, but LiAngelo Ball is making big steps on his way to the NBA.

After dropping out of UCLA, going to Lithuania, being the LKL leading scorer, and then winning the JBA title along with the MVP of the tournament, the middle brother of the Ball family finally has a legit chance of making the league.

LiAngelo, 21, who went through an ankle surgery this past summer, has been signed by the Oklahoma City Blue from the G League as a practice player. 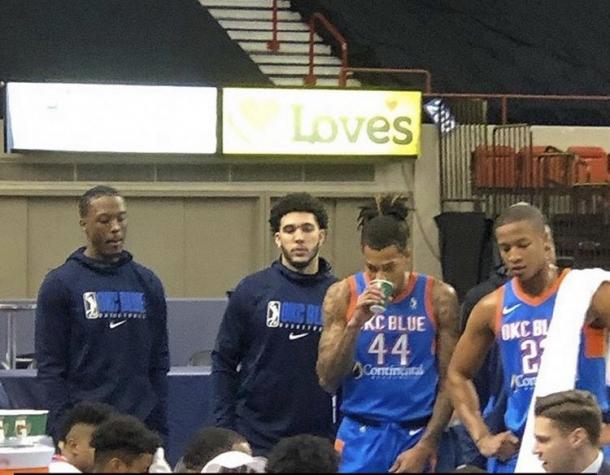 Let’s remember that ‘Gelo’ received interest from the Thunder for the summer league 2019 before announcing he needed surgery. Brooklyn and Miami were the other two teams who also showed interest on him back in July according to the Facebook reality show, Ball In The Family.

It is important to note that while Ball is a practice player, he is not officially a member of the OKC Blue.

Nurkic, Out 8 Weeksa day ago

What's Going On With Kyrie Irving?2 days ago

James Harden; On His Way To Brooklyn3 days ago

Westbrook Out 1 Week 6 days ago

'TB', Out For The Season6 days ago