Tough homecoming for the New Orleans Pelicans trio, Lonzo Ball, Brandon Ingram and Josh Hart, who played their first game against the Los Angeles Lakers at the Staples Center since the trade that shocked the world last summer.

The hype around this game was real, and it was a date that everyone had marked up in their calendars since the NBA schedule was released.

At the beginning of the game, Lonzo and Brandon received standing ovations during the starting lineups, and the Lakers organization even showed a tribute video after the first quarter of play to thank them all for their services.

As expected, they all came out aggressive with a chip on their shoulder, and it was 'Zo' who played the best. Ball led all Pelicans scorers' with 23 points and 5 rebounds, while Brandon Ingram recorded 22 points.

Even though it was their night, Anthony Davis put on an absolute show against his former team too, dropping 46 points and 13 rebounds in 36 minutes, leading the Lakers to a 123-113 win.

At the end of the game, Lonzo, Ingram and Hart shared a moment with their former teammates, specially with Kyle Kuzma, who was drafted the same year as Ball and Hart.

Once the game ended, LeBron James added some spiciness into the rivalry, sending a message to the people that did not agree with the trade. 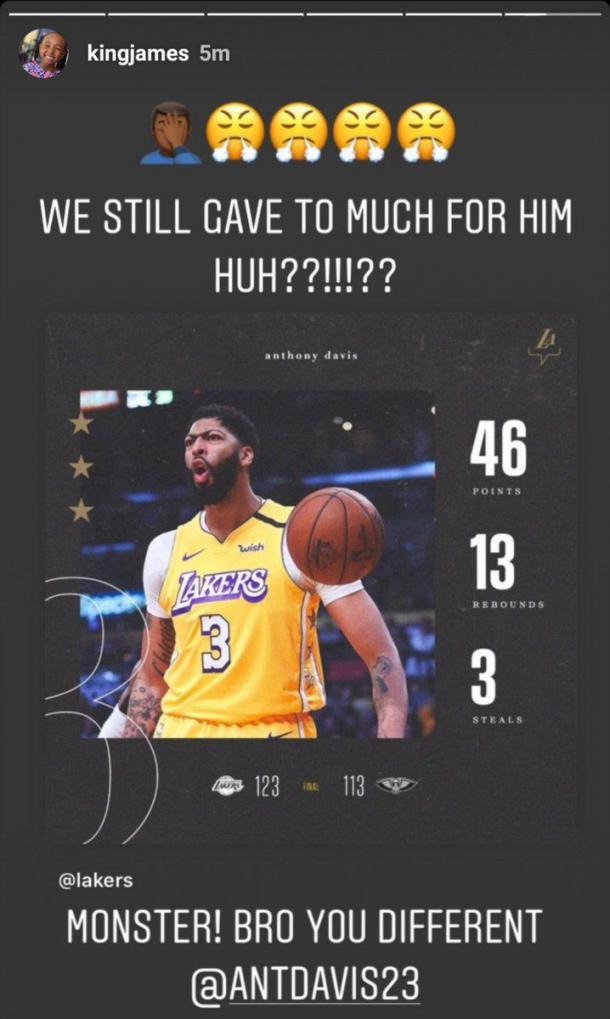 Barea Is Spain Bound 6 hours ago

Hayes Out With Hip Injury 6 hours ago

11 New Positive Tests In The League 2 days ago