Marcus Morris from the Knicks recorded his career high with 38 points.
6:08 PMa year ago

First time in Clippers history that they have three players with at least 30 points.
6:07 PMa year ago

LA defeats NY in a thriller at the Staples Center.
6:05 PMa year ago

Paul George fouls out with seven minutes left to play in the game
5:44 PMa year ago

...the most in @NBA history. pic.twitter.com/MoBpjztm1K

Last quarter of play is underway!
5:31 PMa year ago

Clippers lead the Knicks by 14 after 3 quarters of play
5:29 PMa year ago

5th three-pointer of the night 🔥 pic.twitter.com/ovBMkPZHN1

Early candidate for Shot of the Year.

16 first half points for Marcus Morris

Marcus Morris with 16 points in the first half 🔥🔥

Too easy for Harrell

Great dime by Randle and better finish by Knox

Harrell with the big dunk

🗣 GET OUT THE WAY

Bullock capped off the first quarter for NY

Second quarter starts!
4:08 PMa year ago
Knicks score 45 points in the first quarter, which ties the franchise record for points in the opening quarter (Mar. 11, 1978 vs. NJ). It’s the team’s high for a quarter this season.
4:06 PMa year ago

Second straight game (both at home) that the Clippers have allowed an opponent to score 40 points in the first quarter.

RJ keeps going at it!

RJ already with 7 points in the 1st. pic.twitter.com/Y4ZadmS3hH

RJ lays it in

The Knicks also suffered a tough loss a couple of days ago against the Suns.
3:05 PMa year ago

Paul George is breaking out the Nike PG 4’s today against the Knicks. 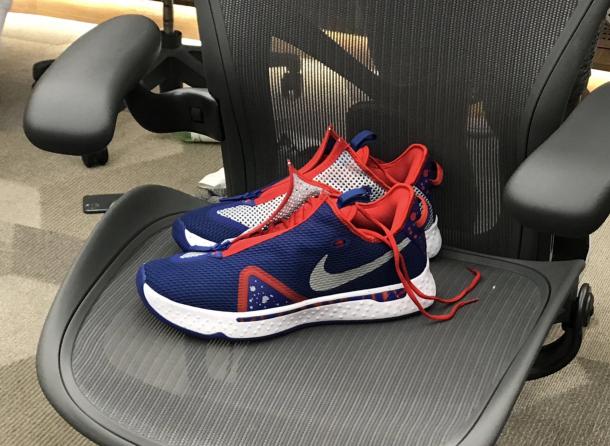 Paul George is back for the Clippers today. He’s warming up for the matchup against the Knicks.

Paul George is back for the Clippers today. He’s warming up for the matchup against the Knicks. pic.twitter.com/psf4d3eihK

Since returning from his injury, Reggie Bullock has put some impressive numbers as a starter for New York.

Payton and Smith Jr. OUT for the Knicks

Knicks coach Mike Miller says Elfrid Payton and Dennis Smith Jr. are both out. Frank Ntilikina will start in PG for New York. 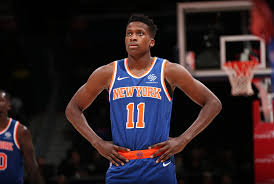 The Clippers take the floor for their pregame warmups.

Back in the mix. pic.twitter.com/Hnz4zbKSsp

LA in the buiding

Doc Rivers talked to the press after yesterday's loss

“We’re a team in progress. Do we believe we can beat anyone? We do, but that’s not good enough. We have to get better in a lot of things.''
2:33 PMa year ago

The Clippers got blown out yesterday by the Grizzlies at the Staples Center and will look to win one out of their two back-to-back games.
2:31 PMa year ago

Doc Rivers says Patrick Beverley and Paul George are both good to play.
2:30 PMa year ago

Clippers say Paul George and Patrick Beverley are questionable to play today against the Knicks.
2:29 PMa year ago

Doc Rivers rules out Kawhi Leonard for today's game against the Knicks since is the second game of a back-to-back. 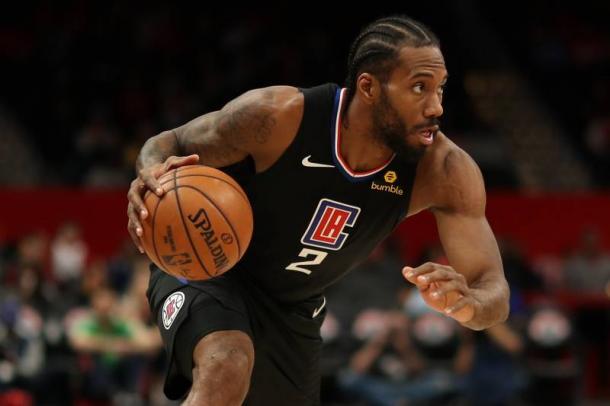 We are just one hour away from this 2019 NBA Regular Season game between New York Knicks and Los Angeles Clippers!
2:09 PMa year ago
Do not miss a detail of the match with the live updates and commentaries of VAVEL. Follow along with us all the details, commentaries, analysis and lineups for this Knicks vs Clippers.
2:09 PMa year ago

The last time these two teams played was last season when the Clippers defeated the Knicks at the MSG.
2:06 PMa year ago

Julius Randle leads three different departments for the Knicks this season. He is averaging 18.7ppg, 9.1rpg and 3.3apg. 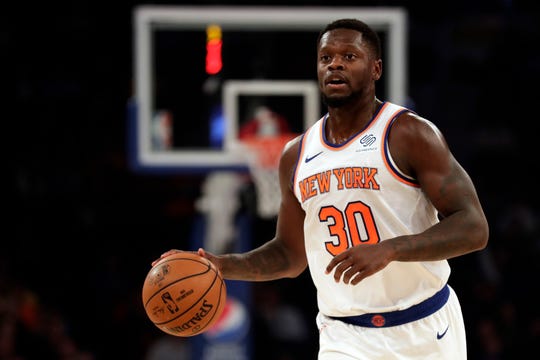 Mike Miller's team is 10_25 this season but since Fizdale's firing and Miller's arrival, the team has showed a much better version.
2:02 PMa year ago

Kawhi Leonard leads the team in scoring (25.3ppg) and rebounding (7.6) through the 28 games he has played this season. 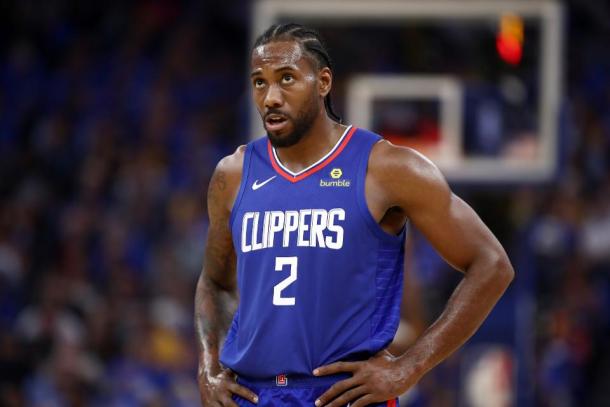 LA's team currently sits on a 25-12 record and is the third best team in the Western Conference just behind the Lakers and the Nuggets.
1:55 PMa year ago

How to watch Knicks vs Clippers Live TV and Stream

'The Hoop House', Developing Players In Southern California 21 hours ago

Barea Is Spain Bound 4 days ago

Hayes Out With Hip Injury 4 days ago

11 New Positive Tests In The League 5 days ago

Caris LeVert: "This trade could have possibly saved me in the long run."&nbsp; 6 days ago