The retired life seems to be treating Dwyane Wade pretty well. The Marquette Alum is living his first NBA season as a fan since 2002, and has had time to pull up to different podcasts / interviews to talk about his career.

The latest one was when he went to 'All The Smoke', a podcast conducted by former players Matt Barnes and Stephen Jackson, where the legend talked about really deep life situations that he is facing right now.

Wade also had time to talk about his music taste, where he revealed his favorite 5 rappers all time.

''For sure Jay Z is number one. When I was young it was Tupac but as you know we didn't have a chance of keep growing together. For the rest I'm not saying there's a particular order but I'll go with Drake, Lil Wayne, Biggie and Rick Ross. Those five I relate to in a different level.'' 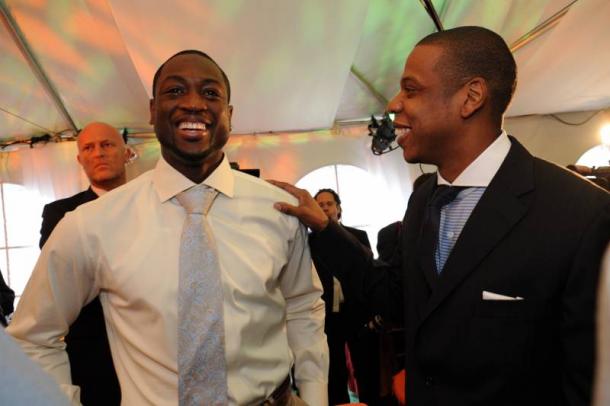 The Chicago native also confessed the place where he was when he first heard the famous Jay Z lyric from 'Empire State of Mind', "If Jeezy's paying LeBron, I'm paying Dwyane Wade."

''I remember where I was at when I first heard it, at the strip club back in the day.'', Wade said and immediately laughed. ''They played it, and I went straight to the DJ and told him to play it the whole night.''

To finish up the segment with the former NBA champions, the 37-year-old said that he could've never imagined being shouted out in a record.

''That was my 'Momma I made it moment'... When I was young I didn't even think my name was cool enough to be in a song. Michael Jordan that's a name, but who's gonna say Dwyane Wade.''

Nurkic, Out 8 Weeks44 minutes ago

What's Going On With Kyrie Irving?21 hours ago

James Harden; On His Way To Brooklyn2 days ago

More Positive Cases In The Association3 days ago

Westbrook Out 1 Week 5 days ago

'TB', Out For The Season5 days ago