When the Lakers traded Brandon Ingram to the Pelicans in exchange of Anthony Davis, everyone thought they had given up on him. The Duke product is now proving his worth, making his case to be in the All Star Game this year.

Ingram, 22, is averaging 25 points, 6.8 rebounds and 4.2 assists per game, improving by 7 points his average from last season. 'BI' has become the number option for the Pelicans, and has proved he deserves to get a max contract by the New Orleans organization.

'Slenderman' actually just got his career high, recording 49 points and snapping a 10-game winning streak by the Utah Jazz.

He is also one of three players in franchise history to score at least 49 in a game, joining Anthony Davis (3) and Jamal Mashburn. Making history with the organization in just his first season with them.

Even his own teammates know Ingram deserves to be an All Star, with Lonzo Ball being the number one supporter of it. 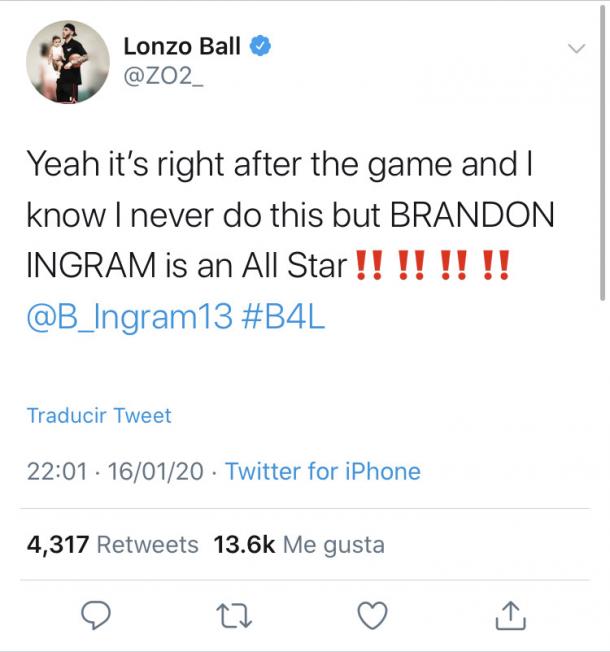 Due to the amount of guards in the West is gonna be close, but there's no doubt Brandon Ingram has made his case to be in the All Star Game this year.