The law firm Morgan & Morgan have announced that Chandler Parsons from the Atlanta Hawks suffered potentially career-ending injuries in an automobile accident caused by a drunk driver last week.

Last week, the team placed Parsons in the NBA's concussion protocol after suffering a concussion and whiplash in the crash, but did not disclose any further details.

The law firm revealed a statement saying that Parsons "suffered multiple severe and permanent injuries including a traumatic brain injury, disc herniation and a torn labrum."

The driver allegedly caused a three-car crash, including Parsons' vehicle, at approximately 2 p.m. ET and admitted to drinking, according to the law firm. 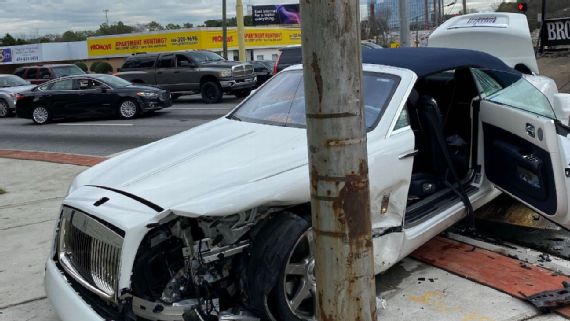 Parsons, 31, has suffered several chronic knee injuries since signing a four-year, $94.8 million deal with the Memphis Grizzlies in July 2016, appearing in just 100 games in four-plus seasons over that stretch.

The vet was acquired by the Hawks in a trade last summer but had only played 5 games this season.