One of the best NBA duos of All Time were without a doubt Shaquille O'Neal and Kobe Bryant. Both won three championships with the Los Angeles Lakers uniform.

''There are no words to express the pain I’m going through now with this tragic and sad moment of loosing my neice Gigi & my friend, my brother, my partner in winning championships, my dude and my homie. I love you and you will be missed. My condolences goes out to the Bryant family and the families of the other passengers on board. IM SICK RIGHT NOW!''

According to Adrian Wojnarowski from ESPN, Bryant's 13-year-old daughter Gianna was also with him when the helicopter crashed. 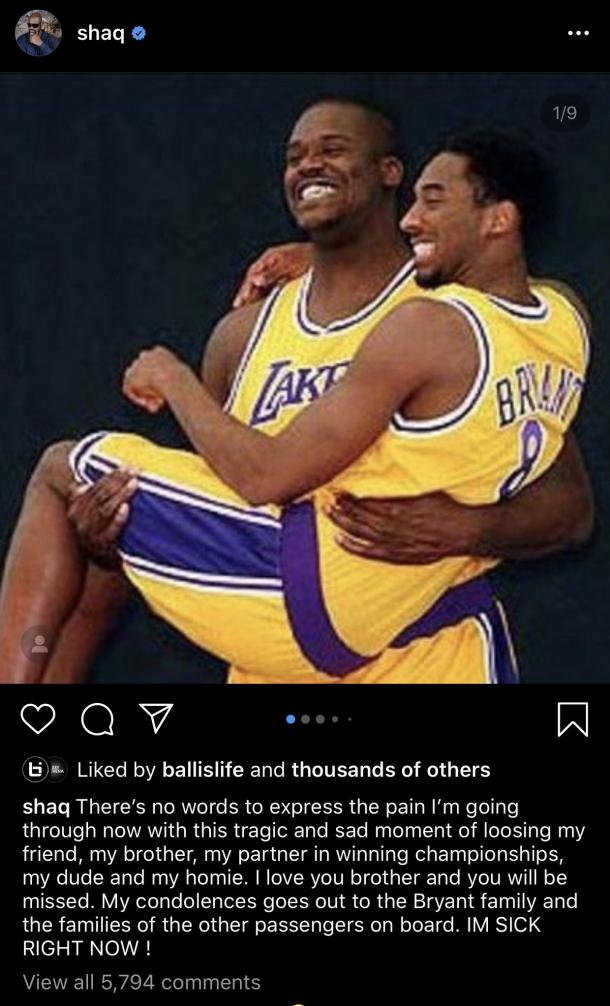 ''Kobe was so much more than an athlete, he was a family man. That was what we had most in common. I would hug his children like they were my own and he would embrace my kids like they were his. His baby girl Gigi was born on the same day as my youngest daughter Me’Arah''

'The Hoop House', Developing Players In Southern California 2 hours ago

Barea Is Spain Bound 3 days ago

Hayes Out With Hip Injury 3 days ago

11 New Positive Tests In The League 4 days ago

Caris LeVert: "This trade could have possibly saved me in the long run."&nbsp; 6 days ago