In aftermath of Kobe Bryant passing away, Lakers/Clippers game Tuesday has been postponed according to Shams Charania from The Athletic.

The Lakers organization is much more than its players, its coaches and team officials. Its hundreds of fans too. All deeply grieving and using this time to mourn, that was the main reason why the game was decided to be postponed.

The decision was made to allow entire LA franchise to continue to grieve, mourn, heal.

What makes it even tougher for the Lakers players is that LeBron James and Kobe Bryant had a phone call late Saturday night after James passed Bryant on the NBA scoring charts according to The Athletic. Several Lakers players listened into call, in what would be their final memory of Bryant's voice.

LeBron James send one last message to Kobe through his Instagram account, saying goodbye for one last time. 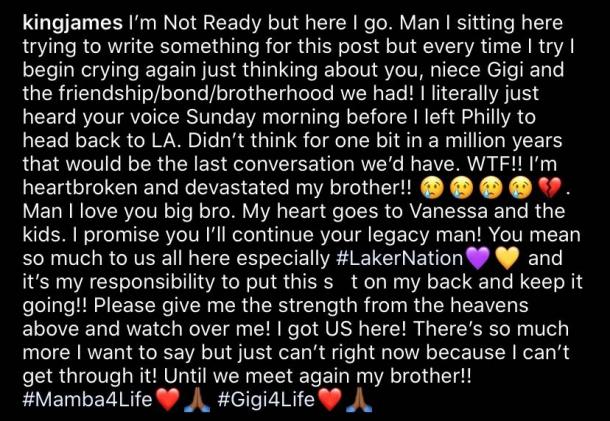 Bol Gets Standard Contract From Denver 2 days ago