The New Orleans Pelicans rookie Jaxson Hayes was really not happy about getting left off the rising stars game roster. The No. 8 overall pick out of Texas really expressed his feelings on a video that got leaked through twitter.

The 6'11 Center had a case to make the Rising Stars Game. His athleticism has been unreal, and with him averaging 8.5 points and 4.5 rebounds a night, it's a shame we won't see him compete at Chicago during the All-Star Weekend.

Couple of hours after the video got leaked, Hayes shared an apology to the NBA and to everyone that saw the post, as he will ''learn and grow from this mistake.'' 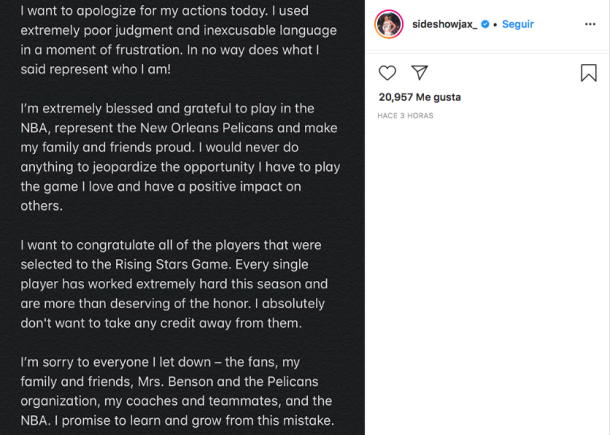