The Golden State Warriors Guard, Stephen Curry, who suffered a broken left hand at the beginning of the season is making a good progress on his rehabilitation.

According to the Warriors, the team is hopeful that Curry makes a return to the lineup by March. 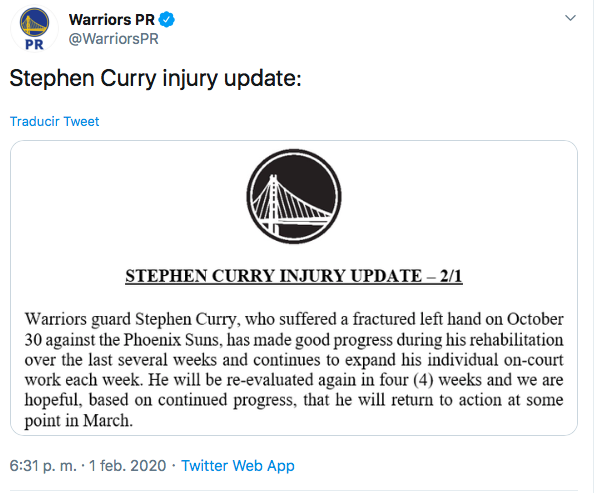 Golden State's HC Steve Kerr said Steph Curry, who is only doing non-contact work right now, must move through contact practices, 3-on-3 and 5-on-5 in next month before he’s cleared for the March return.

In case he returns in March, that would mean the two-time NBA MVP will miss 11 more games in February since injuring the hand. Golden State has reached the point of no turning back in the season, having the worst record in the league and completely out of playoff contention.

'Boogie' Ready to Return 15 hours ago

No Marijuana Tests In The NBA This Season 16 hours ago