The San Diego State Aztecs have retired Kawhi Leonard's jersey number at the Viejas Arena, making him the first player in program history to receive the honor.

On a sold out crowd, Kawhi attended SDSU alongside his Clippers teammates and family. 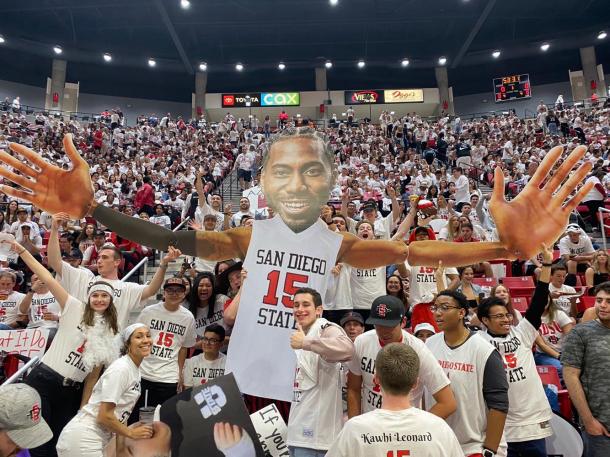 Leonard, who wore No. 15, is among three players in San Diego State history to average a double-double for his career. He is also third on the Aztecs’ all-time rebounding list, averaging 10.2 per game, and 24th in scoring, averaging 14.14 points per game.

The two-time champion and current NBA Finals MVP addressed the crowd, with an emotional speech.

After his time at San Diego, Leonard was drafted in 2011 as the 15th. pick by Indiana and then traded to San Antonio. He no has evolved into one of the NBA's best players and has claimed two NBA Championships and Finals MVPs, with the Spurs in 2014 and the Raptors in 2019.

Ingram Gets Max-Extension 10 hours ago

Bol Gets Standard Contract From Denver 18 hours ago

No Fans at Bucks Games Next Season a day ago