The NBA's brightest and most talented stars will meet on the court Sunday for the NBA All-Star Game, but the opportunity to see players showcase their individual talents comes the night before with NBA All-Star Saturday Night, featuring the Taco Bell Skills Challenge, the Mt. Dew Three-Point Contest, and the AT&T Slam Dunk Contest.

Reigning Champions, new faces, and high anticipation adorn one of the most anticipated nights of the NBA season and the lineups won't disappoint. Here's a preview of what to expect on Saturday Night: 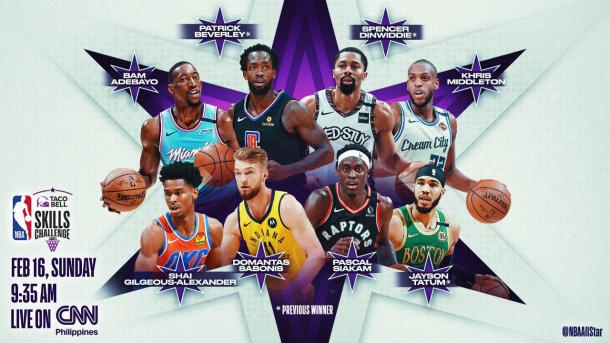 Three former champions will take the court looking to prove that they are the most versatile player in the NBA. The Skills Challenge focuses on all aspects of the game, featuring a weaving dribbling course, a passing outlet, and shooting.

Jayson Tatum, the 2019 Defending Champion, will face off against 2018 Champion Spencer Dinwiddie and 2015 Champion Patrick Beverley.

Tatum is among five players in the eight-person showcase who will be playing in Sunday's showcase, joining Adebayo, Middleton, Sabonis, and Siakam in the United Center.

Derrick Rose (Detroit Guard) was originally selected to participate, but due to injury was forced to drop out of the competition. Gilgeous-Alexander was selected to take his place.

The Skills Challenge is an event that is completely unpredictable. One missed bounce pass can determine the champion, and being slow and cautious through the dribbling course can force you to press later in the competition. Any player could win, but I like Khris Middleton to take the crown, due to his fluid stroke from deep and consistently demonstrated passing agility. 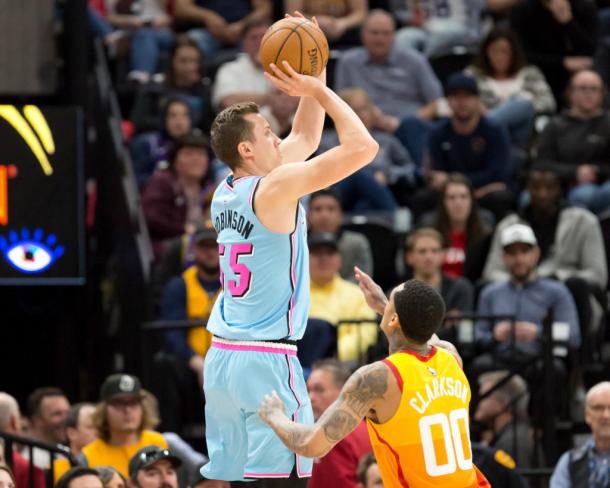 Youthful faces dot the lineup for this year's three-point contest, and with the glaring gaps left by the Golden State Warriors Splash Brothers, the chance to be declared the league's best three-point shooter is ripe for the taking. 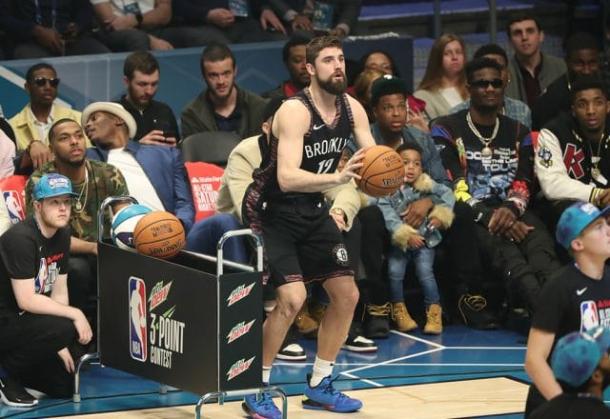 Don't expect Joe Harris to go quietly, however. The 2019 Defending Champion is more than capable to recapture his crown, but the talent that he faces will be stiff.

All-Star Damian Lillard (The League's Best Point Guard?) will miss the All-Star game and Three-Point Contest due to an injury he suffered on Wednesday Night. Devin Booker will take his place and is immediately a threat to take Harris' title.

Trae Young will look to catch fire from behind the line a day before they compete on Sunday Night's grand stage. Young has made a routine out of embarrassing defenders pulling up from the mid-court logo mid-game.

Davis Bertans led the NBA in catch-and-shoot threes early this season, and Duncan Robinson has paired with teammate Tyler Herro to form a new "Splash Brothers" tandem in South Beach.

Zach LaVine, typically featured in Dunk Contests of past All-Star Saturday's, is on pace to set a new Chicago Bull's three-point record, and led one of the seasons most exciting comebacks earlier this season. He is also looking for NBA History, looking to become the first player to win multiple contests in his career.

Devonte' Graham and Buddy Hield will also participate in the contest.

The best shooters typically make it to the final rounds of these contests, and this year appears to be no exception. I predict that Trae Young will catch fire quickly, and no other competitor will be able to keep up the pace with the Hawk sharpshooter.

Two new shots will be added to the Three-Point contest in the "Mountain Dew Zone". Two locations will be posted between the "wing" rack and the top of the three-point arc, six feet behind the line. This shot will be worth three points instead of the traditional one.

The number of balls in each round has been increased to 27 from 25, and each round will not last 1:10. The three competitors with the highest score in the first round advance to the championship round. 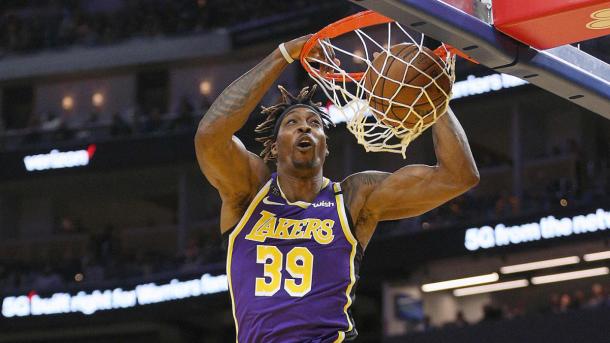 The most anticipated event of the night features a lineup that surely will not disappoint. The 2008 Slam Dunk Champion Dwight Howard returns to make his case that his title should be reclaimed, but will face stiff competition from the high-flying field.

Howard, last winning in 2008 where he earned the nickname "Superman", returns for the first time in 11 years.

Aaron Gordon, a key figure in the dazzling 2016 Dunk Contest in Toronto, will be looking to finally capture the title. Derrick Jones Jr., runner-up finisher in 2017, will turn 23 on the day of the event and has offered a deluge of highlights for fans to drool over. Pat Connaughton has been known among the league to be a sneakily athletic dunker, capable of shaking up the field on Saturday.

For all that is right and just in the world, it only makes sense that Aaron Gordon be crowned the Slam Dunk Champion on Saturday Night. His greatest competition will be going up against his own dunking legacy, but the stage couldn't be set up greater for Gordon to capture the title that many think should have been his in 2016.

Check back for more coverage of NBA All-Star Weekend with VAVEL.com.

LaMarcus Aldridge Retires a day ago

How Much Does Jamal Murray Injury Impact the Denver Nuggets? 4 days ago

Ben McLemore's Impact on the Lakers 6 days ago

Isaiah Thomas Will Wear No.24 to Honor Kobe Bryant 14 days ago

Paschall Out 2 Weeks 15 days ago

Hart Out Some Time 15 days ago

Luka Doncic Has Been Having a Great Season 18 days ago
//