Just a couple of days after winning one of the best dunk contests in NBA history, Derrick Jones Jr. has gotten himself a sponsor in the shoe game.

The 6'6 Heat player signed a multiyear footwear and apparel endorsement deal with Puma, joining Kyle Kuzma, RJ Barrett, Marvin Bagley III and DeAndre Ayon as the main faces of the brand in the NBA.

Jones, who wore a white and pink Puma Clyde Hardwood sneaker during the dunk contest, got offered an endorsement deal shortly after winning the event according to Nick De Paula from ESPN. 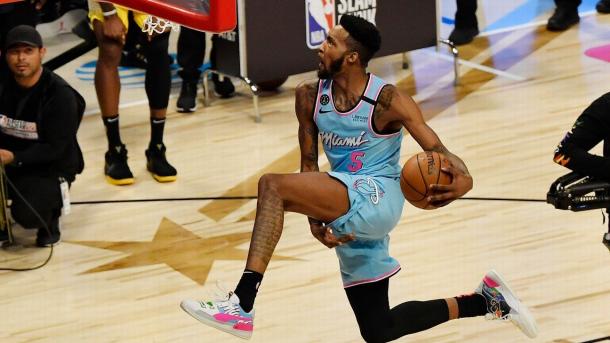 "This is a day that I'm going to tell my kids [about]," Derrick said.

The high-flier has even expressed his desire of participating in next year's dunk contest, which will take place in Indianapolis.

Bol Gets Standard Contract From Denver 3 days ago