As the end of the regular season is approaching, NBA teams all over are locked in for the push to the playoffs. It seems that there are only two teams who will conquer the league: the Milwaukee Bucks (53-9) and Los Angeles Lakers (47-13).

There's no doubt that these teams have been the top stories in the league, leading their respective conference. However, how could there be an NBA without "dark horse" teams? These are the teams that exceed expectations, surprise spectators and can be legitimate threats to the leaders. This season, there have been four true dark horse teams who have the potential to shake up the playoff ladder.

NBA Dark Horse Teams to Keep an Eye On

When the Miami Heat acquired SF Jimmy Butler during free agency, they brought in a fiery leader who's dominant personality helps brings in a blue-collar culture to any team he's a part of.

Having Jimmy Butler as the nucleus of this Heat team, along with Bam Adebayo helps bring in that defensive toughness that's made them deal with even the toughest opponents this season. Miami is 27-9 against Eastern Conference opponents, including the top six teams in the East. They are currently 2-0 against Milwaukee and in their recent victories, Bam Adebayo limited Giannis Antetokoumpo to just 15 points and 6/18 shooting. 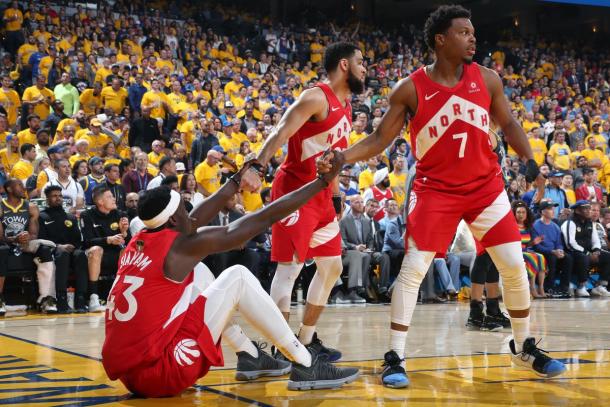 To most, it seems ridiculous that a reigning NBA championship team could be considered a "dark horse". But in this case, the Toronto Raptors have achieved the same excellence without Kawhi Leonard they achieved with Kawhi Leonard, and may so are better this time around.

Most Improved Player winner Pascal Siakam continues to evaluate his game all-around. Not only has he been an All-Star this season, but he is also averaging career-high numbers all over (23.5 points, 7.5 rebounds, 3.5 assists).

Not only is Toronto the number one defensive team in the league. They've also held a 15-game winning streak, the largest streak in franchise history. Although Toronto Raptors sit right above the Bucks in the Eastern Conference, they've rightfully earned their spot at the top, and are just getting started. 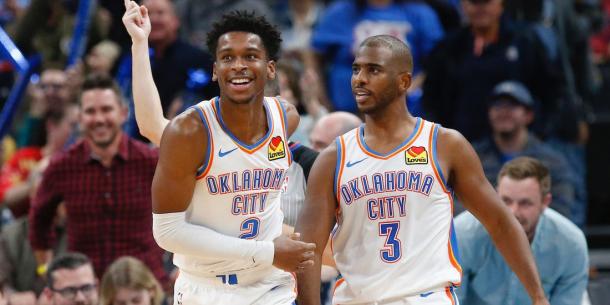 Before the beginning of the season, things were not too optimistic for the Thunder. After trading Russell Westbrook to the Houston Rockets, Oklahoma City in return acquired Chris Paul. The talks of Chris Paul being a Thunder were not the most positive, as he was seen as a player on the decline.

As the season progressed, Oklahoma City started to elevate in the standings of a tough Western Conference. OKC is now 6th in the West.

What has stood out in the Thunder's run has not only been Chris Paul's leadership, but also the emergence of Shai Gilgeous-Alexander. In just his second season, Alexander is averaging 19.3 points, shooting 43% from the field. His ability to play elite defensively and offensively, as well as play alongside Chris Paul, has created one of the most intriguing backcourts in the league. 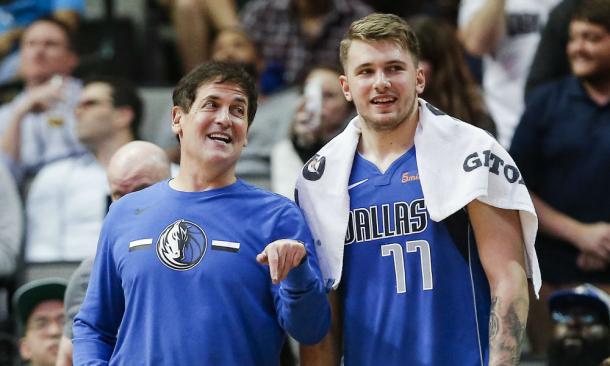 Like Oklahoma City, the Dallas Mavericks have made a name for themself in the Western Conference, as they are setting themselves to appear in the post-season for the first time since the 2015-16 season.

Moving forward into the post-Dirk Nowitzki era, Dallas has developed into a young team where every player plays a unique role for Dallas. Seth Curry had made himself comfortable as the red-hot shooter for the Mavs. Kristaps Porzingis is gradually learning to recover from his injuries and be a presence in the paint. And there's Luka Doncic.

At just 21 years old, Luka is the player who can do everything for you: shoot from the perimeter, attack the paint, be the floor general, etc. His ability to excel at being an all-around player is pure entertainment for the league, as well as a headache for his opponents that have to face him. Luka is averaging 28.8 points, 9.3 rebounds, and 8.8 assists. he is also the current league leader in triple-doubles (14).