The Brooklyn Nets literally can't catch a break. Yet another player of their squad has tested positive for Coronavirus.

Michael Beasley, who was just signed by Brooklyn as a substitute player, has tested positive for COVID-19, according to Shams Charania from The Athletic.

Beasley left the Disney Campus, returned home and his roster status is up in the air.

Nets forward Michael Beasley tested positive for coronavirus, returned home and his roster status is up in the air, sources tell @TheAthleticNBA @Stadium.

Since they don't know if Beasley will be able to play at Orlando, the Nets have already signed a substitute player.

Lance Thomas, a 32 year-old who joins the Nets after being a free agent, has been in the NBA since 2011. He played with the New Orleans Hornets, Oklahoma City Thunder and most recently, New York Knicks. 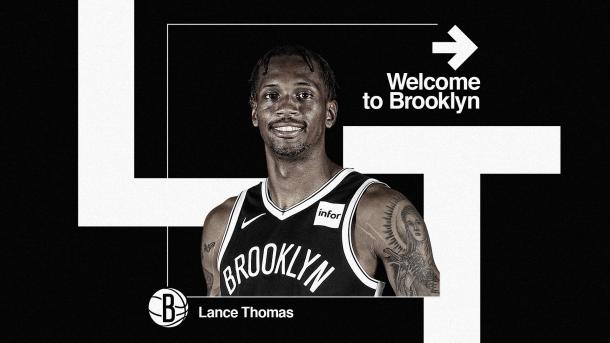 Thomas signed with the Nets for training camp before the season started, but was waived back in October. He carries NBA career averages of 5.2 points and 2.6 rebounds.

Kyrie Irving, Kevin Durant, Spencer Dinwiddie, Wilson Chandler, DeAndre Jordan and Nic Claxton are the Brooklyn players who are out for the season, due to either injuries, health concerns or Coronavirus.

Belinelli Leaves The Association 10 hours ago

Ball Family Giving Back to The Community 2 days ago

Ingram Gets Max-Extension 3 days ago

Bol Gets Standard Contract From Denver 4 days ago