SHE1
END5 hours ago

Over the last couple of years, the Black-Ops Basketball runs in New York City have become the place to be in the summer when it comes to hoopers wanting to improve.

Not only does NBA trainer Chris Brickley provide assistance on the court but off of it as well, having top-tier coaches in every department of the team, including sports performance and player development.

Mike Atkinson is one of those coaches, and in recent times he has become one of the most popular fitness trainers in the city due to his work with multiple NBA stars as well as artists from the music industry.

The Reno, Nevada native, who played college basketball at Missouri Valley College, was the all time leading rebounder in school history.

Since early in his career, Atkinson saw the potential connection between the weight room and the basketball court, and he attributes his success to the passion he’s got for the game. 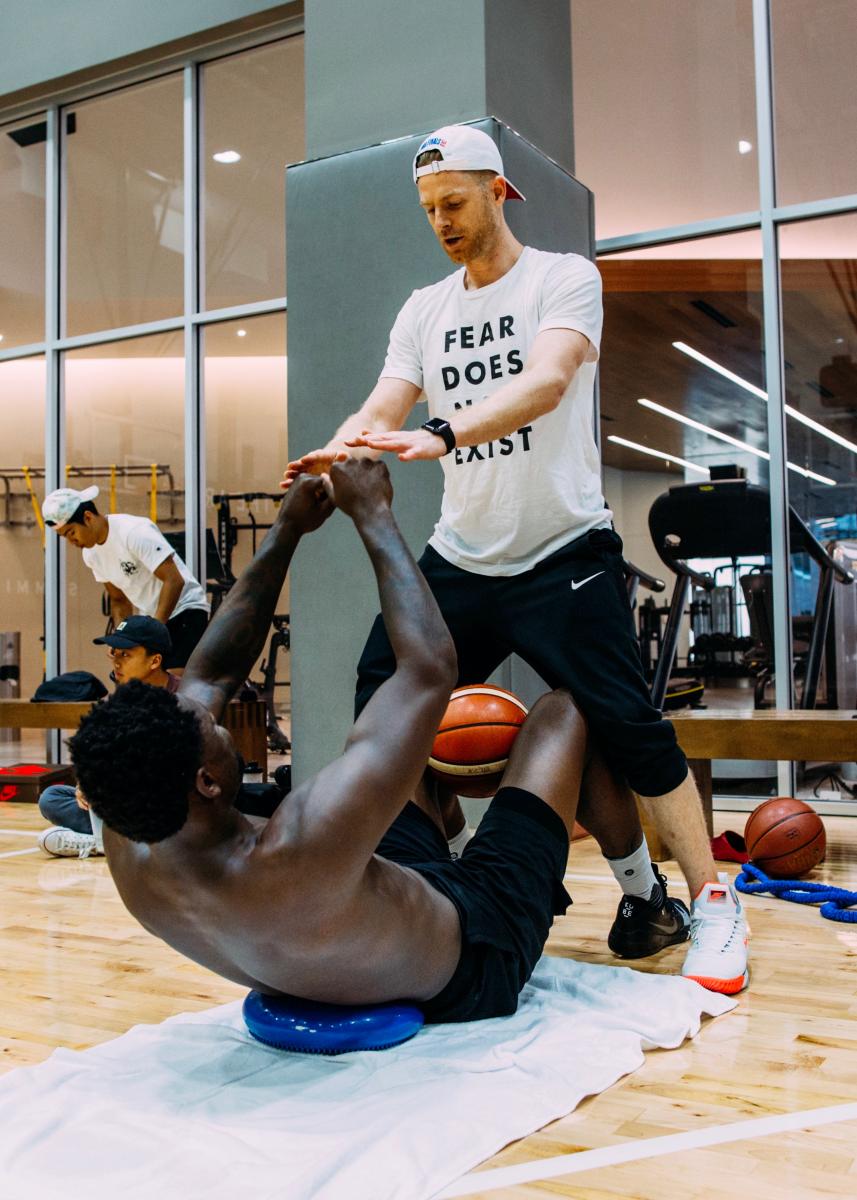 ‘’Really It's my passion for basketball that has brought me to educate myself on sports performance and player development,’’ Atkinson told VAVEL USA. ‘’The science and art of coaching is something that really drives my passion.’’

The player development coach partnered with Chris Brickley in Manhattan in charge of the Black-Ops Player Development and Performance Programming, and since then he’s worked with NBA stars such as Giannis Antetokounmpo, Donovan Mitchell, Kevin Love, and others.

‘’To me it was a once in a lifetime opportunity, something I have been working towards my whole career,’’ Atkinson said on joining Black-Ops Basketball in 2017.

''The opportunity to create a culture and provide the best services possible to the best basketball players in the world, in the best city in the world, New York City, is something I don’t take lightly… Partnering with Chris (Brickley) whose passion and tireless work ethic is something we share in common.’’

The player development coach is known not only for working with the biggest stars in the game, but also with world-wide artists including J Cole and French Montana.

Whether they are hoopers or artists, Atkinson demands a certain level of intensity when working with him.

‘’The highest form of respect I can show anyone is to hold them and myself accountable with presence and intent,’’ he added. ‘’I’m big on developing the strengths and focusing on maximizing their overall athletic potential.’’

Prior to joining the Black-Ops family, Mike spent nine seasons working in the NBA G-League, which he says made him ‘’understand the demands placed upon professional athletes during season and what to prioritize in the off season training.’’

To continue learning and growing as a coach is the main priority for Mike in the near future, but being remembered as someone who always put the athlete first over anything is what he would like his legacy to be.