We hope you enjoyed this Thursday night game in the NBA regular season; stay tuned to VAVEL for much more from the world of sports.
9:50 PMa month ago

The game ends with a victory for the Mavericks, in a hard fought game.
9:45 PMa month ago

Tense moments with the Mavericks leading by only three points.
9:35 PMa month ago

Spectacular shot by Doncic for a three-pointer and the Mavericks reach 100.
9:33 PMa month ago

One more from Doncic and Mavericks seems to close the game better.
9:28 PMa month ago

Good basket by Brunson that went all the way to the basket and the Mavericks reach 90 points in the game.
9:21 PMa month ago

With one of his patented plays, the Mavs player gave us this postcard.

The third quarter ends with the score tied!
And everything will be defined in the last quarter.
9:09 PMa month ago

Three points from Frank and the score is even again, in a very close game.
9:07 PMa month ago

Good play by Doncic that ends with a great dunk by Willie.
9:04 PMa month ago

Three-pointer for Walker and the Spurs keep the lead.
8:57 PMa month ago

Three more points from Dorian to bring the Mavs closer on the scoreboard.
8:53 PMa month ago

Mavericks start winning the third quarter with a three-point shot by Bulloc.
8:36 PMa month ago

Great shot by Forbes just as the buzzer sounded and the Spurs go into halftime with the lead.
8:33 PMa month ago

Murray reaches 9 points and the spurs take the lead again.
8:25 PMa month ago

Great three-point shot by Dorian, and the Mavs have a lead that starts to weigh.
8:18 PMa month ago

Three points by Kleber and the game is tied!
8:09 PMa month ago

First quarter ends with a 10-point lead for Spurs.
8:07 PMa month ago

Three-point basket for Bulloc and the game starts to pick up pace.
8:04 PMa month ago

Brunson breaks away at full speed and puts up two more points for Mavericks.
7:56 PMa month ago

Doncic starts the show and already scored his first two points of the night but the Mavs are way down on the scoreboard.
7:53 PMa month ago

Three-point shot by Jhonson and the lead starts to extend for the Spurs.
7:46 PMa month ago

The first quarter begins at Mavericks' home
7:12 PMa month ago

The home team will start with these five men on the field: 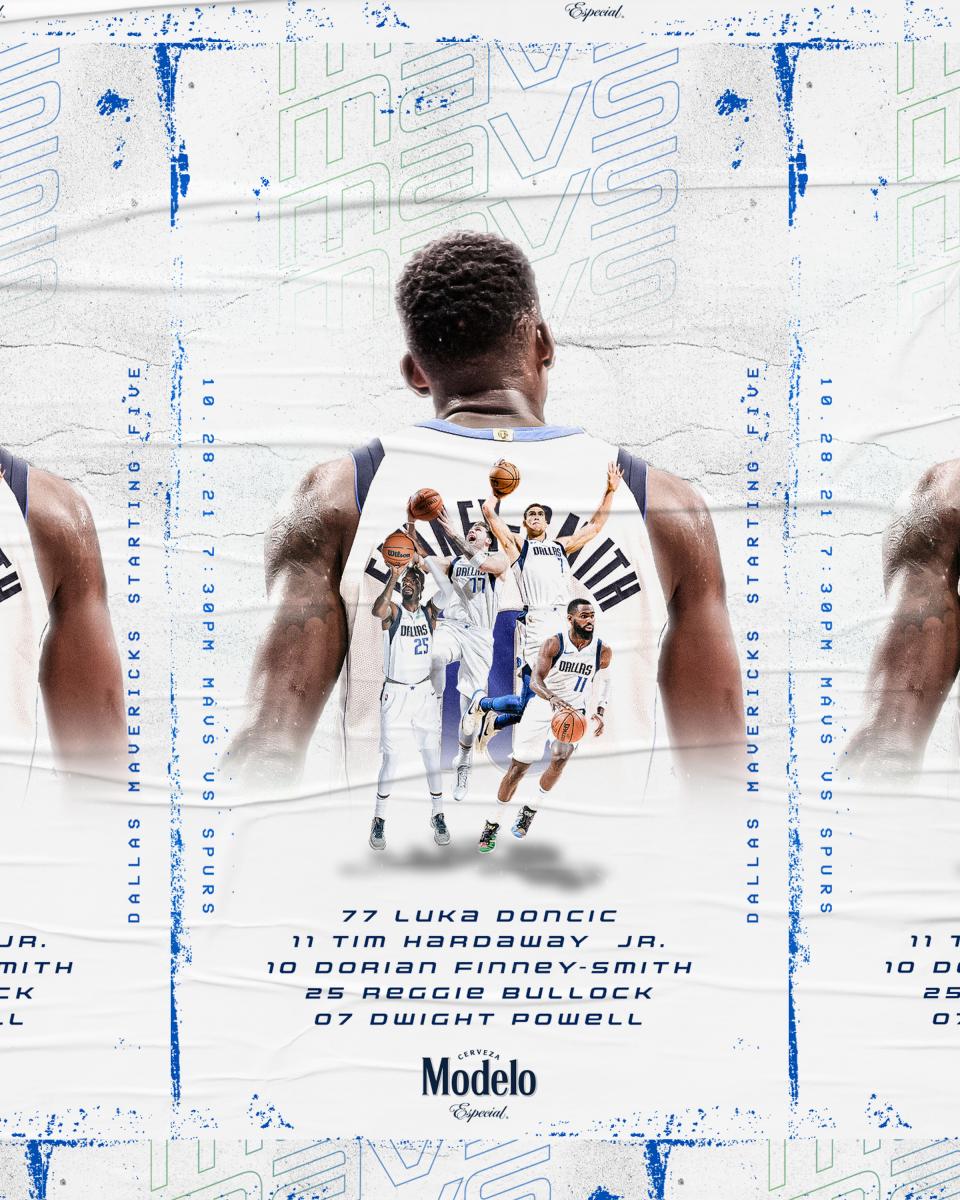 It will be an interesting match

The rivalry between the two franchises in the state of Texas has extended to such a degree that there have been great games that end in heated arguments and with players being ejected, however, they are exciting games even though there is nothing at stake as in the case of this game.
7:04 PMa month ago

These are the five players from the visiting team that will start on the field tonight: 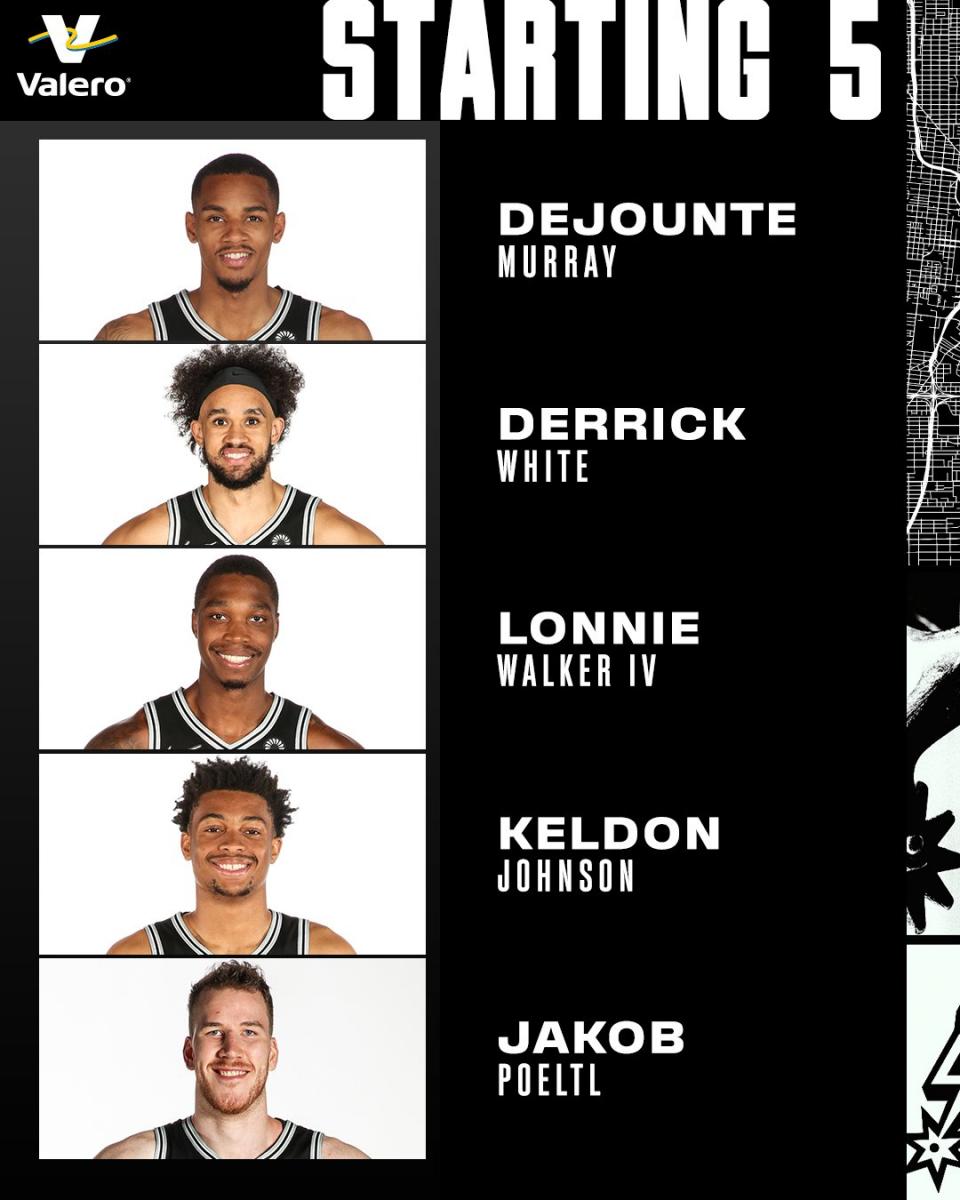 These will be the players who will miss tonight's game for the home side:

The San Antonio team is already warming up ahead of tonight's game in which they will look to surprise and come away with the victory against the Mavs, who come in as favorites. 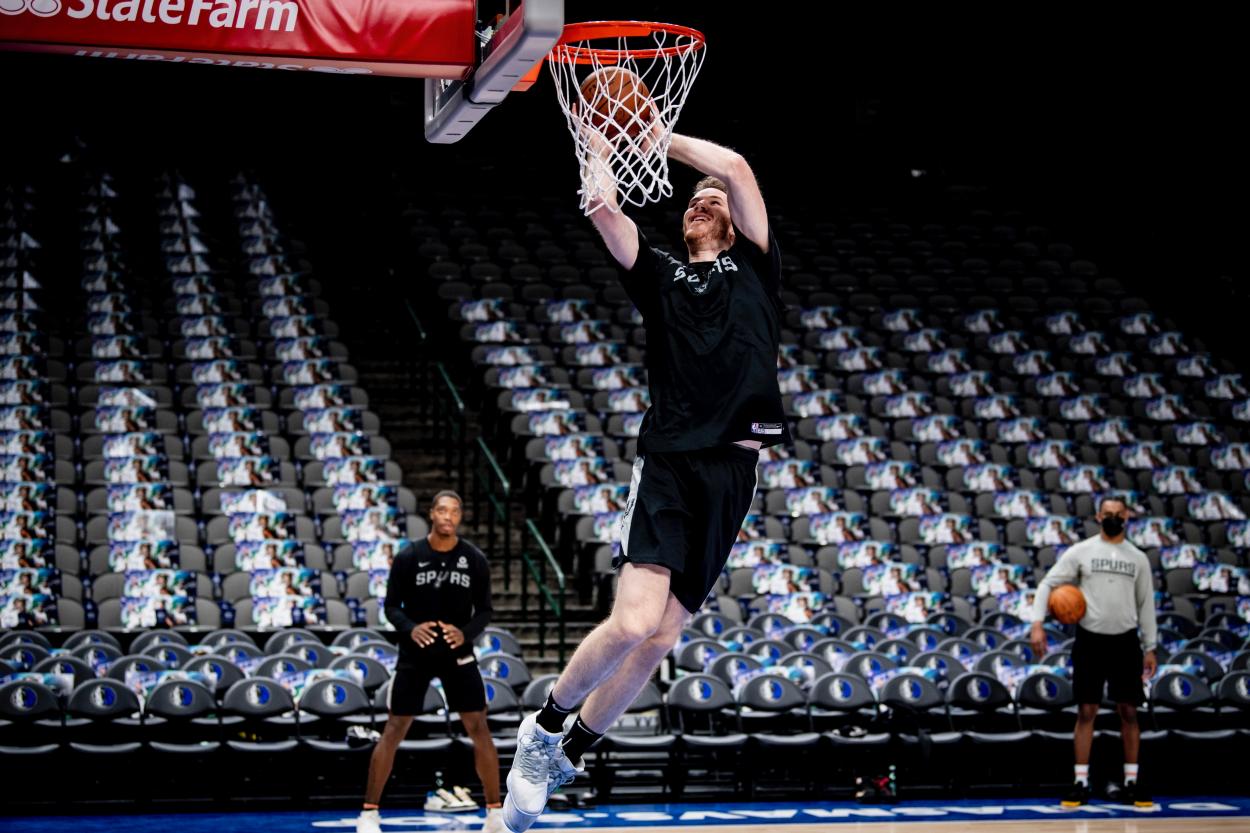 The Mavericks will reveal in a few minutes whether the team will have the player who limped out of Tuesday's game against the Rockets with a back problem tonight.
6:38 PMa month ago

In a few moments we will bring you everything related to this NBA regular season game that will undoubtedly bring us great emotions.
Don't miss all the details on VAVEL!
12:09 AMa month ago

In a few moments we will present you all the details, news and starting lineups for the Mavericks vs Spurs game in the NBA regular season.
12:04 AMa month ago

How and where to watch the game

The game will be broadcasted on NBA League Pass.

Last game between Mavericks and Spurs

The last time these two teams met, the victory went to San Antonio with a final score of 119-117, which was played in April of this year.
11:54 PMa month ago

The Mavs are in third place in the NBA's Western Conference, while the Spurs are in 12th place with a streak of three consecutive losses, so tonight they will want to get out of this bad moment.
11:49 PMa month ago

Jakob Pöltl has scored a good amount of points in the opener for tonight's visitors.

Just look at the previous game when he scored a total of 27 points against the Lakers thanks to his 2.13m height. 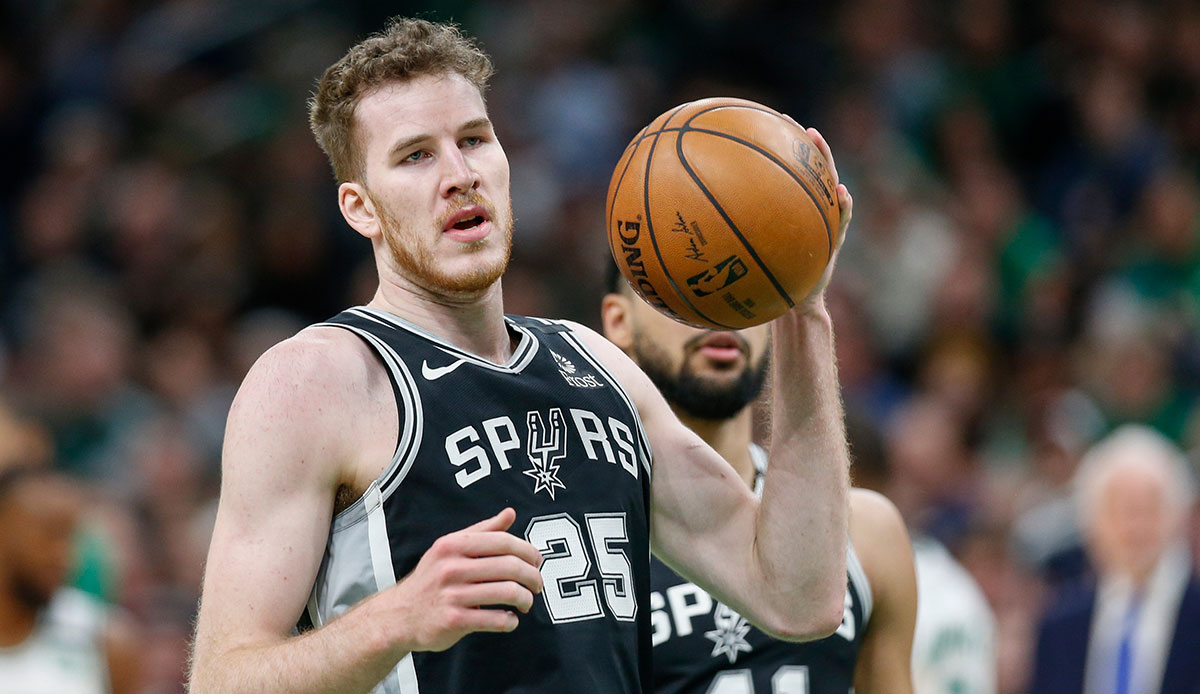 What the home team does, will depend largely on its best player who is none other than Luka Doncic.

It will be a game in which he will be able to show once again that he is shaping up to be the MVP of the NBA competition. 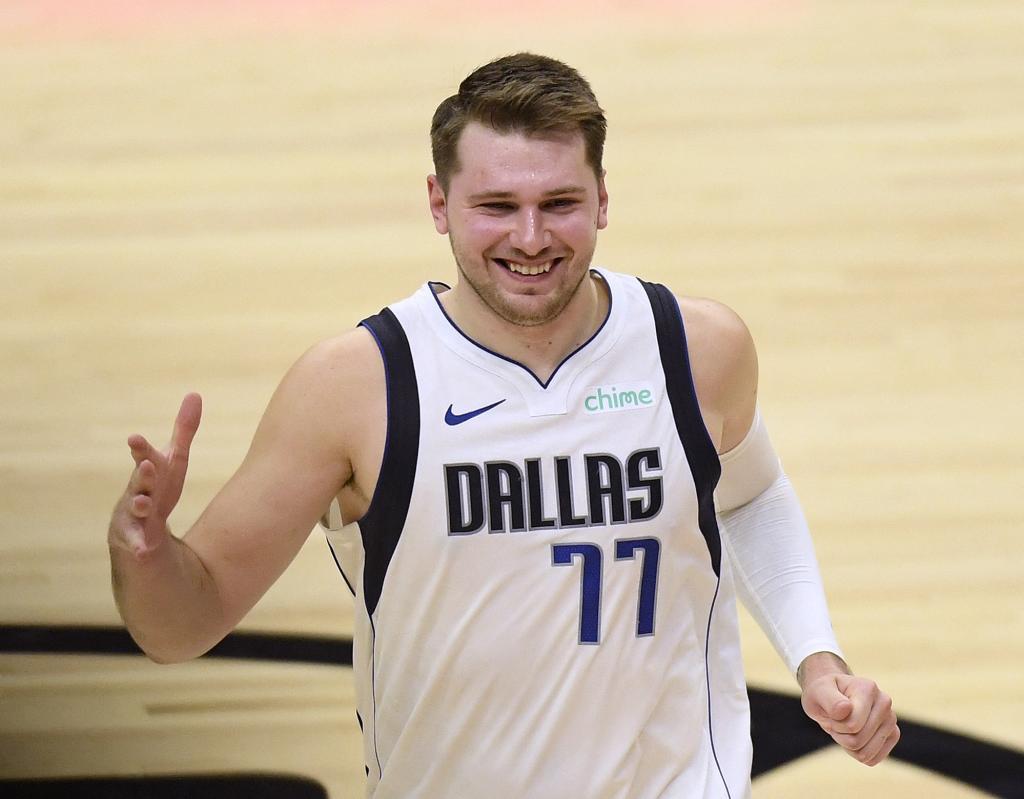 The visiting team has everything against them for tonight's game, three lost games and only one suffered victory.

To make matters worse, they come after losing against the Lakers in the previous game, by a total of 125-121 points, in a game they could have won by the level of play shown.

The Dallas team is on a hot streak at the start of the tournament with a total of two wins and one loss.

The last game was a resounding victory for the Mavs, which ended with a score of 116-106 against the Rockets.

The match will be played at the American Airlines Center

The Spurs vs Mavericks match will be played at the stadium American Airlines Center, in Texas, USA with a capacity of 20,000 people.

It is a pavilion located in the Victoria Park neighborhood near downtown Dallas, Texas, which is used for field hockey games, basketball and concerts.

The American Airlines Center has been home to the following sports teams:

Welcome to VAVEL.com’s coverage of the 2021 NBA match: Spurs vs Mavericks Live Updates!

Tonight we will have a great game in which the Mavericks come in as favorites in third place in the Western Conference.

The Spurs are on a negative streak with only one win and three losses, so they will have to work harder if they want to beat one of the teams that has had the best start of the season.