After misses by Tyler Herro and Bam Adebayo from the line, the Lakers maintained the 3-unit difference that gives them one more home win.
1:55 AM6 months ago

Duncan Robinson misses two of three penalty shots and Adebayo gets the foul shot, Davis forces a miss and with 21.2 seconds left the Lakers continue to win.
1:51 AM6 months ago

Malik Monk and Anthony Davies convert 4 points on back-to-back possessions to give him a 5-point lead to close out
1:47 AM6 months ago

Herro and Adebayo organize to score first two points of the aggregate
1:45 AM6 months ago

Miami Heat and Los Angeles Lakers tie to take game to overtime
1:38 AM6 months ago

Monk misses the second shot from the line but the next play is used to score a double by Westbrook with 25 seconds left to make the difference of 2 points.
1:29 AM6 months ago

Tyler Herro hangs on to add two to Miami's deficit. Adebayo makes a basket from the free throw line and gets 10/10.
1:22 AM6 months ago

Kayle Lowry scores again from the free throw line to reach triple figures for Miami with 100 points.
1:13 AM6 months ago

Dwight Howard exits the game after committing his sixth personal foul.
1:07 AM6 months ago

Malik Monk gives the Lakers the lead with a three-pointer and the home side holds on to win 87-86
1:02 AM6 months ago

Westbrook looks for the backboard seconds before the horn sounds and hits a three-pointer to bring the Lakers within four points
12:57 AM6 months ago

Adebayo scores one more three-pointer to reach 20 points
12:51 AM6 months ago

Bam Adebayo adds a single to bring Heat within one point of L.A.
12:38 AM6 months ago

Westbrook misses and adds two more to his tally and the Heat miss Robinson twice.

The third period restarts, Tyler Herro scores his fourth triple to turn the score 60-57, but Anthony Davis ties it on the next play.
12:20 AM6 months ago

The second quarter ends and Miami turns the score around to go into halftime. Tyler Herro leads Miami in scoring with 15 points in the first half.
12:16 AM6 months ago

Avery Bradley scores his third three-pointer of the night and the Lakers maintain the minimal difference of one unit. Anthony Davis also contributes two before the end of the second quarter.
12:06 AM6 months ago

Russell Westbrook rises to set up another three-pointer for the Lakers, as the Angels begin to dominate the Heat.
12:00 AM6 months ago

Westbrook attempts the dunk but misses, Howard commits his second foul. Carmelo Anthony nails it to make it a one-point Lakers' game-winner.
11:47 PM6 months ago

Bradley and Davis dominate the first quarter with 11 points apiece, the buzzer sounds and Lakers win by a 3-point margin
11:33 PM6 months ago

Lakers-Heat duel gets underway, Miami are the first to capitalize on points
10:48 PM6 months ago

We are about to start the duel at the Staples Center, stay tuned for more information
10:47 PM6 months ago

This is how the visitors arrived in Los Angeles; the Eastern Conference leaders arrived led by Tyler Herro 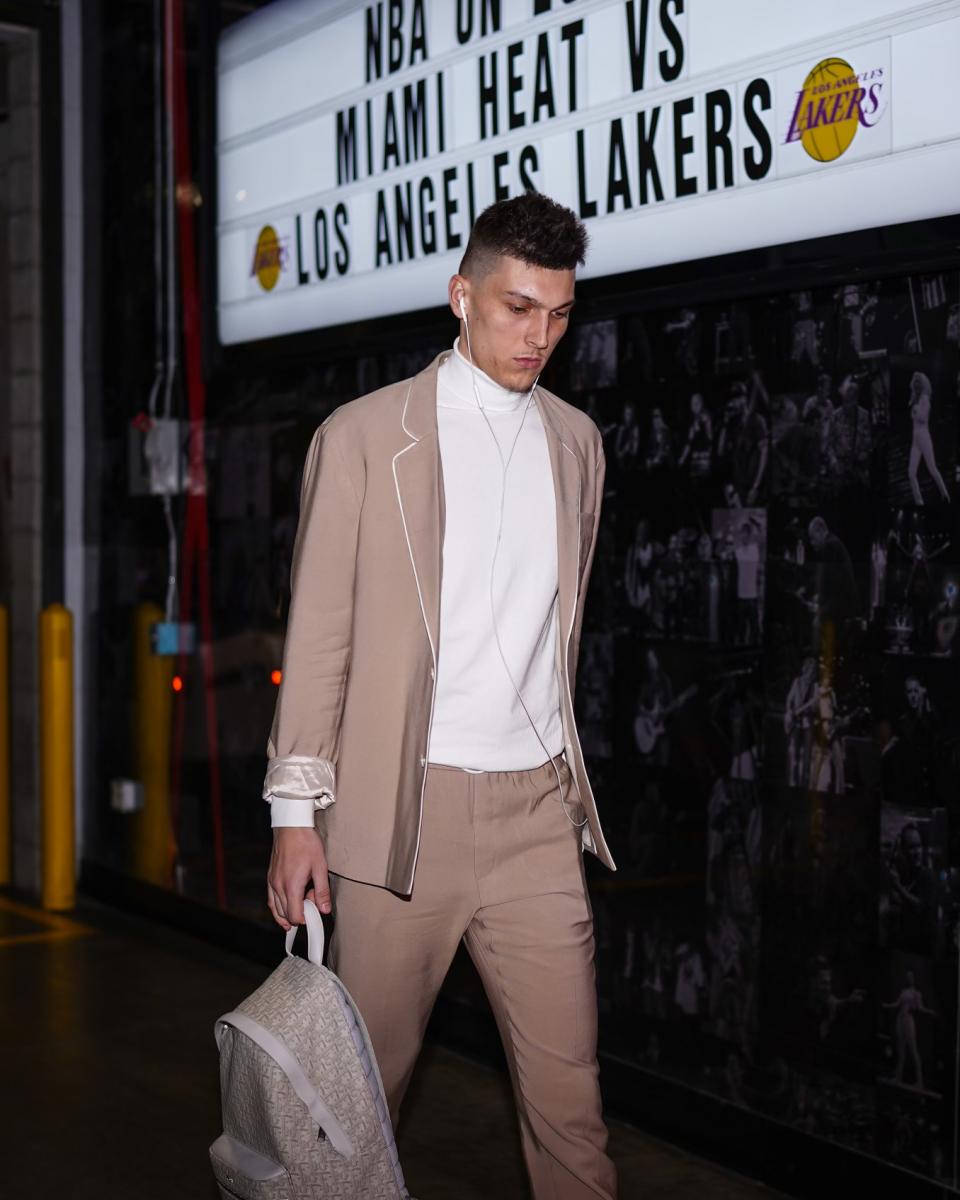 The Heat are also already at the Lakers' home and are doing their warm-up and concentration exercises before taking the field. 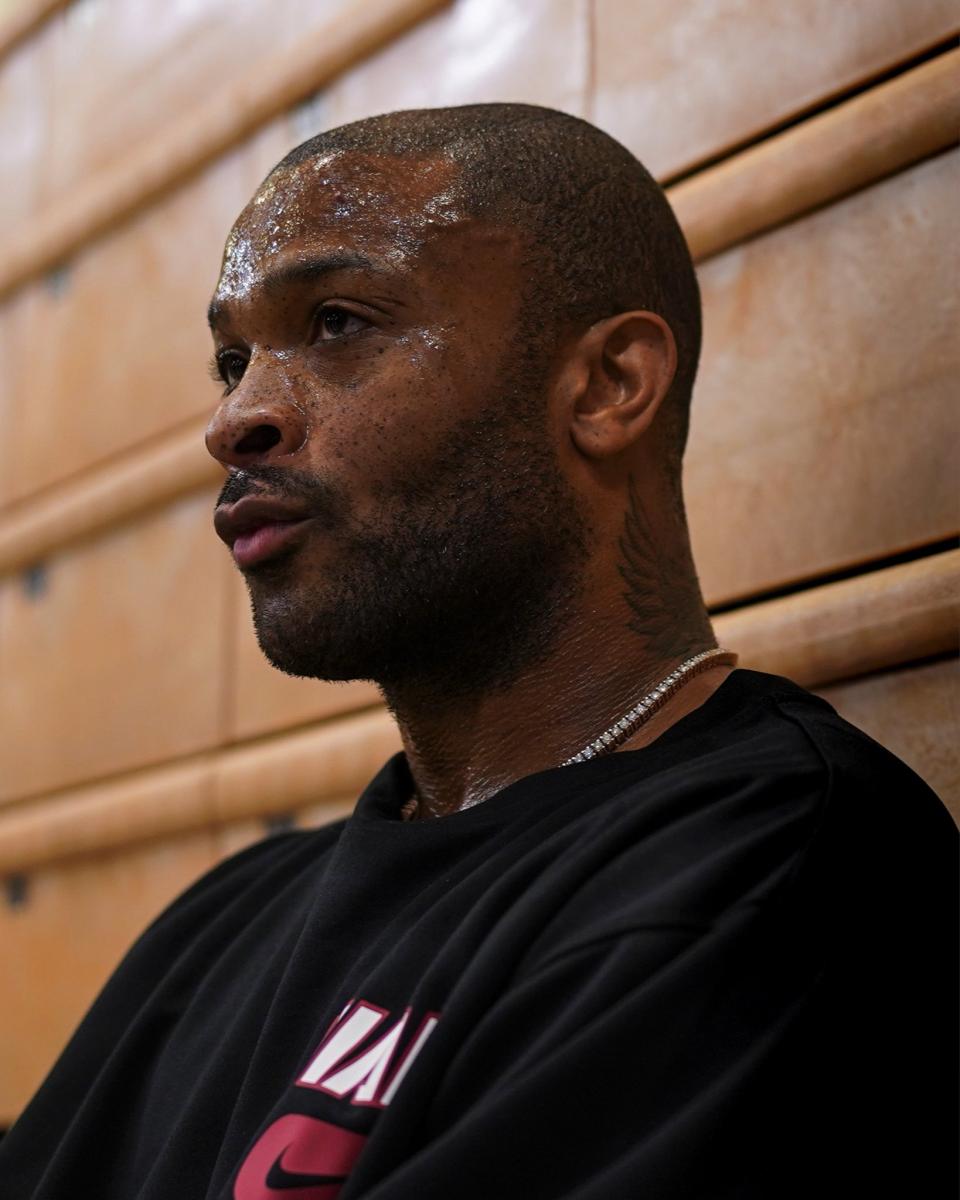 Lakers already warming up at Staples 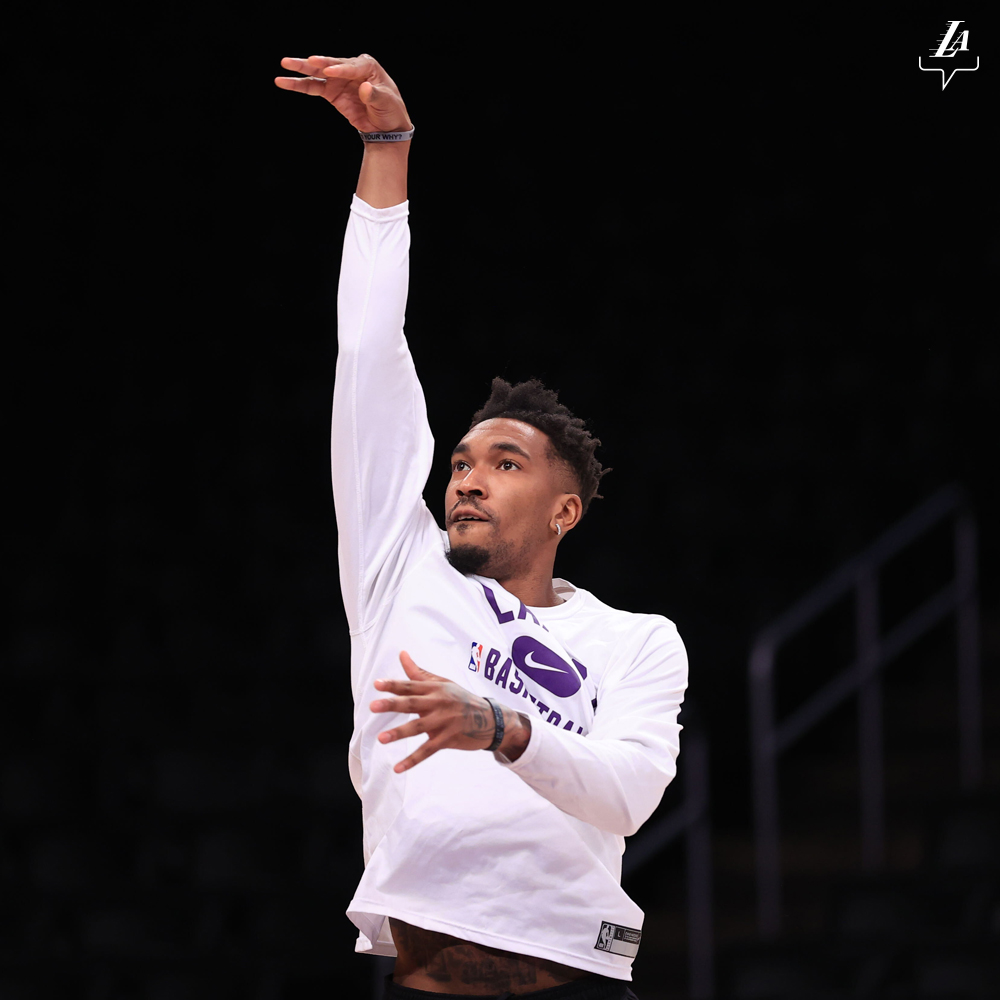 Lakers are in home 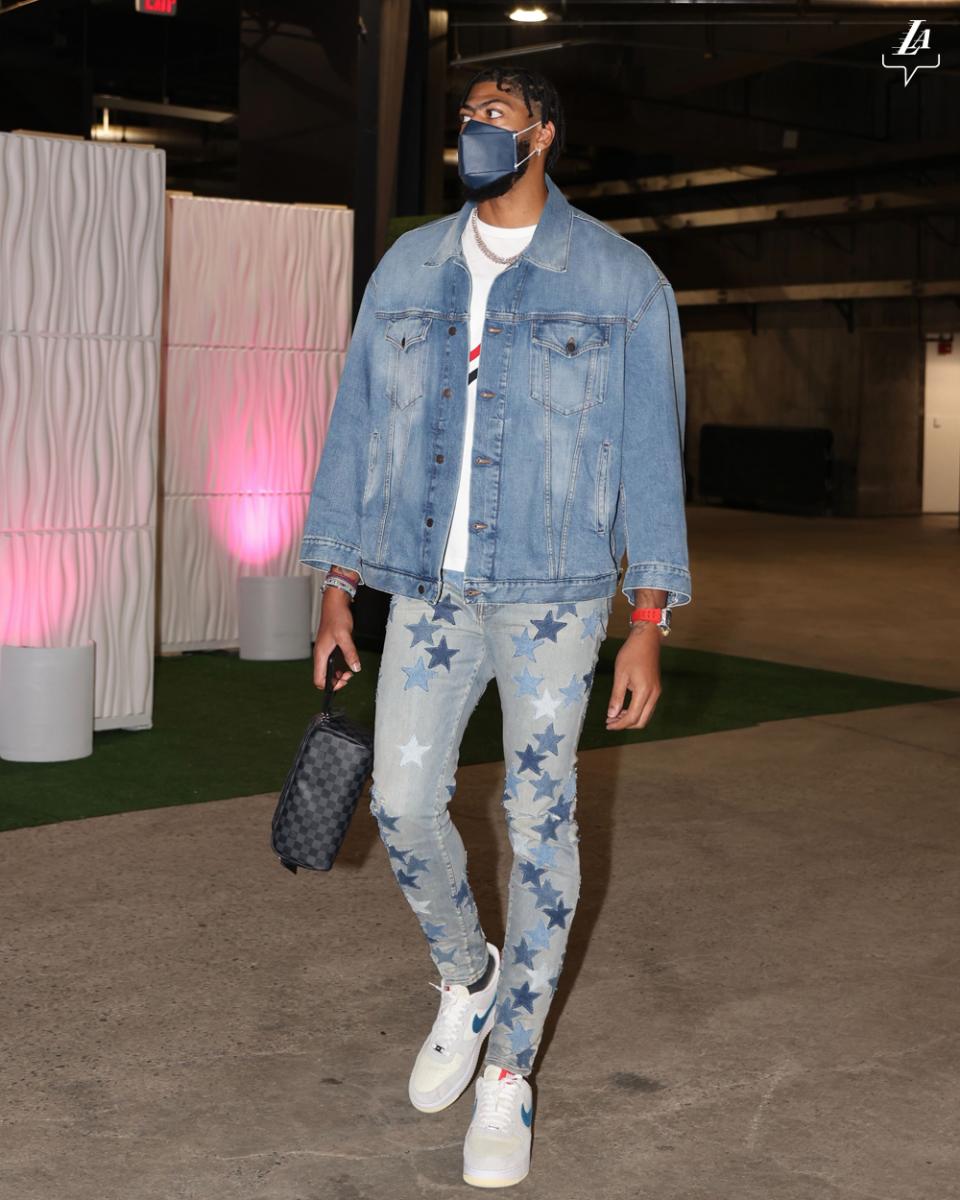 Frank Vogel said both Austin Reaves and Rajon Rondo will be out tonight with respective hamstring strains. He said each are day-to-day, and both injuries are considered minor. Nonetheless, LAL are considerably shorthanded vs. Miami, with LeBron, THT, Nunn and Ariza still out.
10:13 PM6 months ago

The Staples Center is ready to receive another NBA duel, this time between the Lakers and the Heat. The leaders of the Eastern Conference will face the eighth of the Western Conference.
10:08 PM6 months ago

Stay with us and do not miss a detail of the match Lakers vs Heat  live updates and commentaries of VAVEL.
10:03 PM6 months ago

How to watch Lakers vs Heat Live Stream on TV and Online?

If you want to watch the game Lakers vs Heat live on TV, your options is: ESPN.

What time is Lakers vs Heat match for NBA?

This is the start time of the game Lakers vs Heat of 10th November 2021 in several countries:

This game will be held at the Staples Center

The Staples Center is a multipurpose venue located in the city of Los Angeles, California (United States). It is one of the most modern and luxurious in the world, located on Figueroa Avenue. It is famous for being the home of two NBA teams, the Los Angeles Clippers and the Los Angeles Lakers, and for hosting the annual Grammy Awards ceremony. It was financed entirely privately, having a final cost of $375 million. It is named after one of its sponsors, Staples Inc, a retail chain with more than 2,000 stores worldwide.

For the Lakers Anthony Davis is second behind LeBron James with 23.9, however, with James' absence, which is expected to be at least 8 weeks, Davis can improve this average. 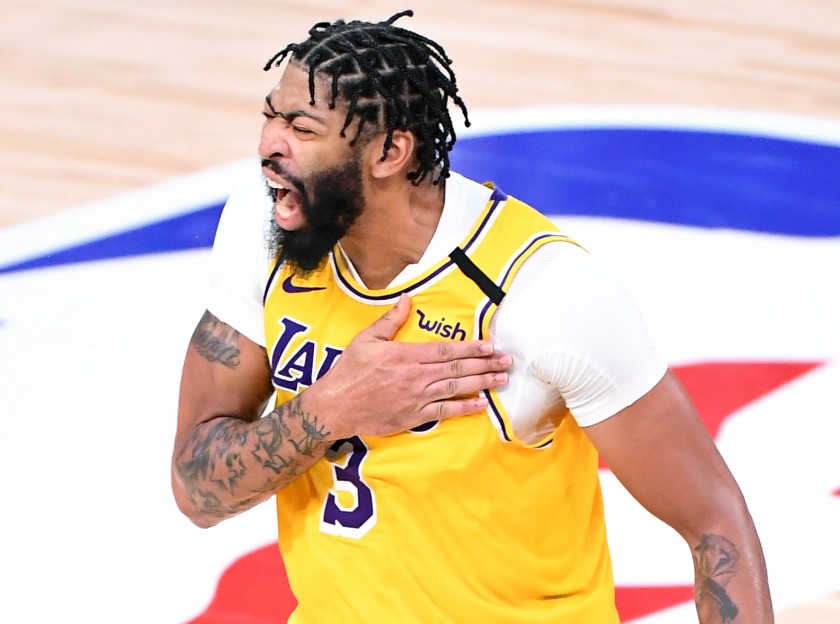 Miami's player to watch is Jimmy Butler, who averages 25.3 points per game. 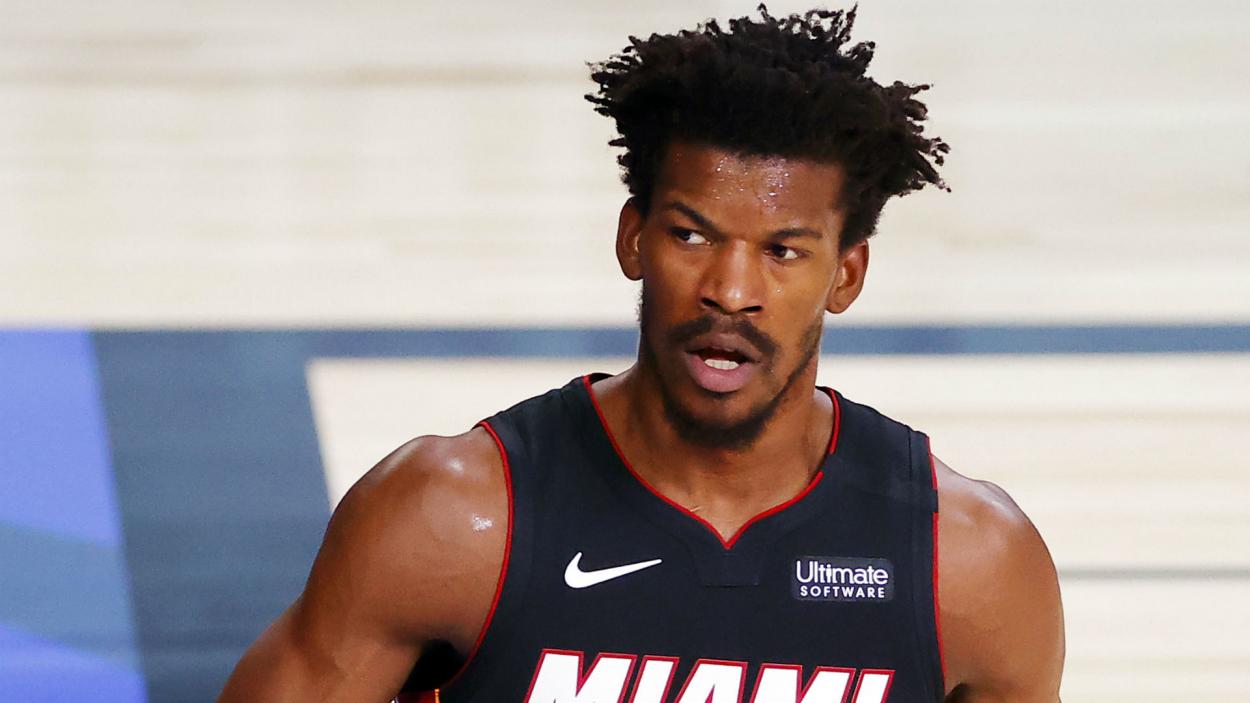 For the Lakers the story looks complicated, the absence of LeBron James due to his abdominal strain has forced the team to rely on Russell Westbrook. The outlook looks difficult for the Lakers, who remain in eighth place in the Western Conference with six wins and five losses and a .545 average.
9:28 PM6 months ago

The Heat are the runner-up in the Eastern Conference, trailing only the 76ers- Miami holds a win-loss average of three in 10 games, maintaining a .700 mark. Although Miami got a big win on Saturday with a great combination of Tyler Herro and Jimmy Butler, the Heat will be coming off a loss to the Nuggets that culminated in an all-around unsportsmanlike action. The previous combination of Herro and Butler scored a combined 53 points and Herro's season is not to be ignored as he is averaging 21.3 points per game.
9:23 PM6 months ago

Welcome to VAVEL.com’s coverage of the 2021 NBA match: Lakers vs Heat Live Updates!