Thank you for following this match on VAVEL USA, see you next time!
11:22 PM2 months ago 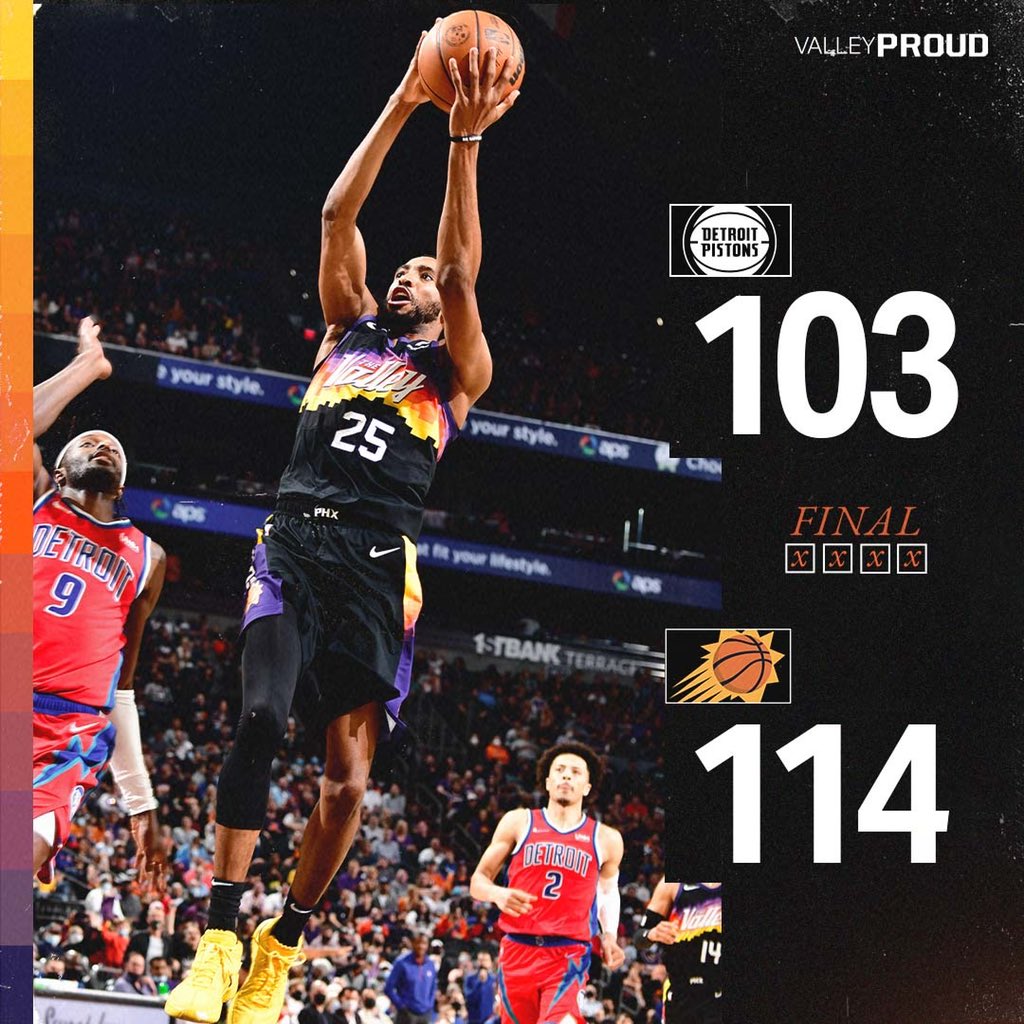 The Suns reach 100 points and separate themselves from the Pistons by 8 points.
11:08 PM2 months ago

Another triple for the Suns. The first by Jae Crowder.
11:06 PM2 months ago

The Suns don't let up and score a triple. At the hands of Cameron Payne.
10:54 PM2 months ago

The Pistons are starting to get dangerously close and are already only four points behind.
10:42 PM2 months ago

From Chris Paul who already accumulated 8 points and 8 assists.

Great steal by Cunningham and the Pistons want to get closer, but the Suns defense is impassable.
9:54 PM2 months ago

SHAMET! Another three-pointer for the Suns by Shamet, who already has two three-pointers in the game.
9:49 PM2 months ago

Great combination between Chris Paul and DeAndre Ayton, who gets to the basket.
9:39 PM2 months ago

It is already 10 points difference. The Suns continue with the advantage.
9:29 PM2 months ago

Basket by the Suns.

The Pistons had the tie, but Bey misses one of his free throws.
9:22 PM2 months ago

After two minutes, the first basket of the game and the first three-pointer arrived. The author was Cunningham.
9:11 PM2 months ago

Both the Suns and Pistons are already on the court doing warm-up drills.
8:54 PM2 months ago 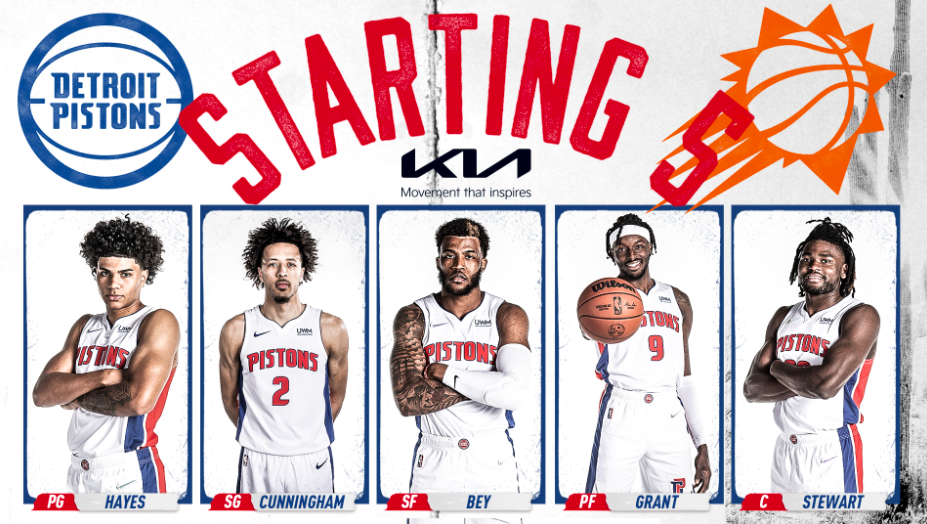 Detroit is still without Kelly Olynyk as he is still recovering from a sprained right knee. However, the Pistons will be able to count on Isaiah Stewart who already had minutes in the last game against the Trail Blazers.
8:29 PM2 months ago

If the Suns win, they would remain leaders of their conference and would also reach 18 consecutive games with a victory to surpass the mark set in the 2006-2007 season, where they had 17 games. It would be a new historical mark for the Phoenix team.
8:23 PM2 months ago

Some of the absences Phoenix will have for this game are. Dario Saric, Frank Kaminsky, Abdel Nader and Devin Booker, all due to injury. 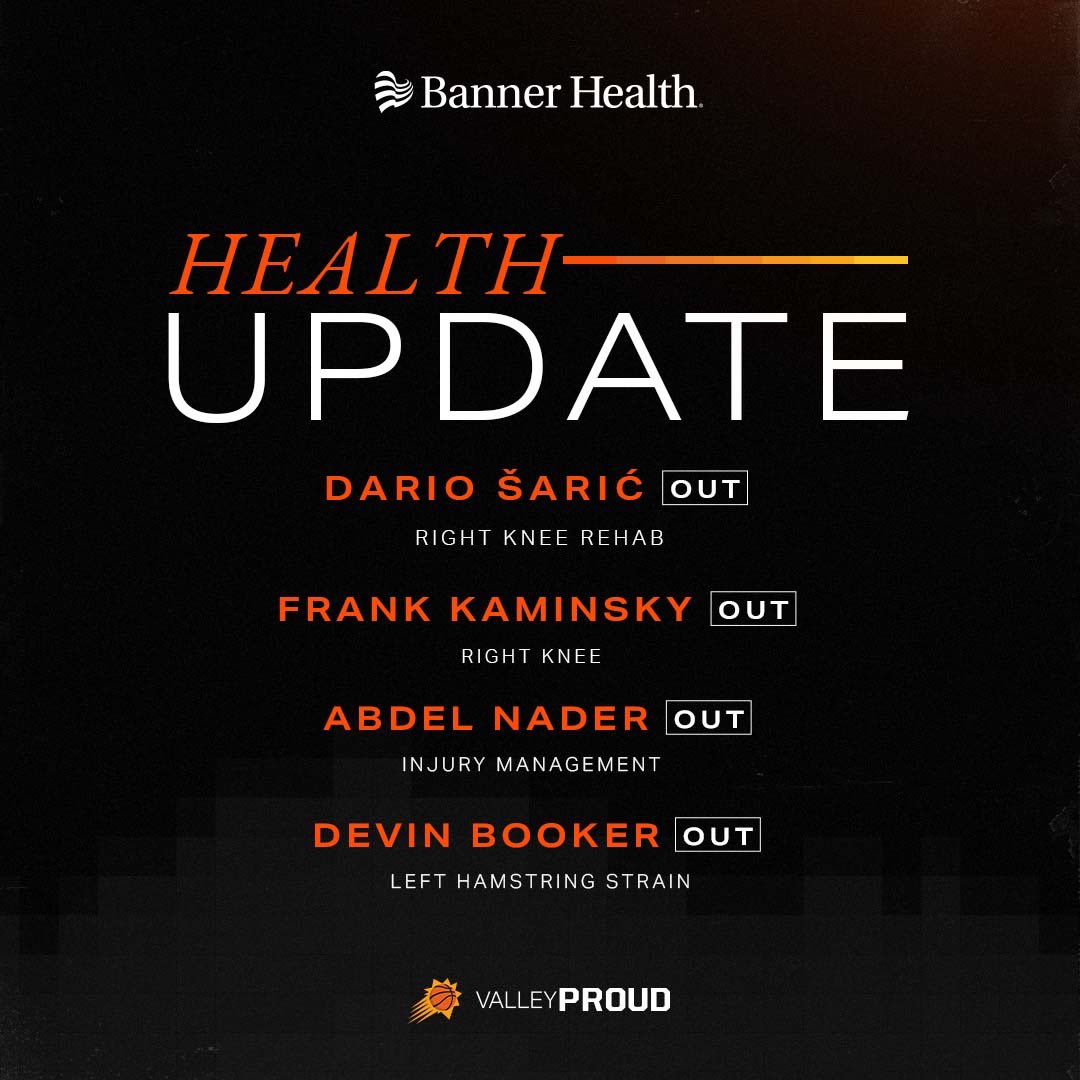 Pistons and Suns have met 139 times in the NBA. The Suns are close to matching Detroit's record of 71 wins to Phoenix's 68.

The Talking Stick Resort Arena, now known as the Footprint Center, is a modern complex located in downtown Phoenix that is home to the NBA's Phoenix Suns. It was formerly known as the US Airways Center. It opened in June 1992 and has a capacity of just over 18,000 spectators. 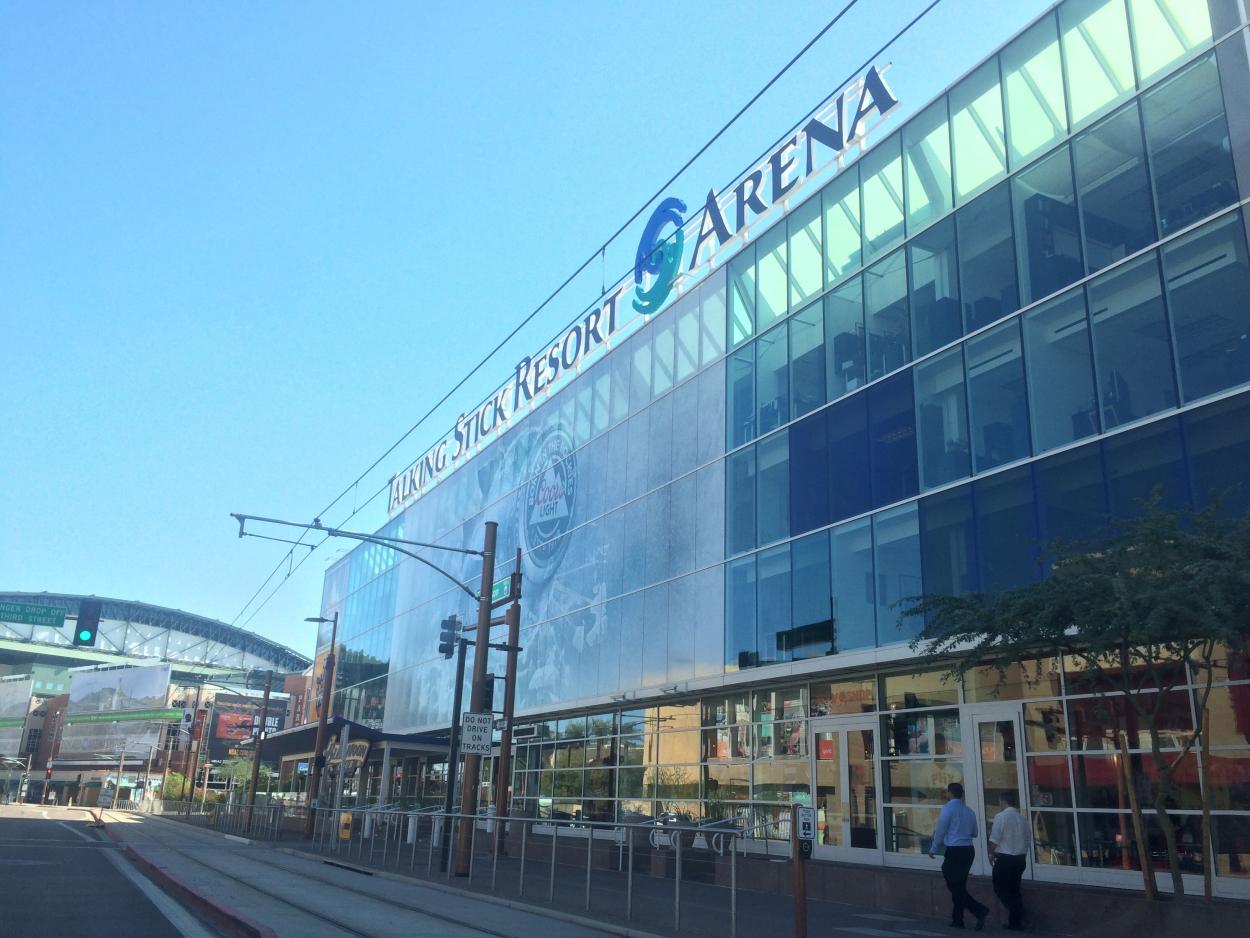 With just under an hour to go until the game between the Pistons and the Suns kicks off at the home of Phoenix, can the Detroiters break their seven-game unbeaten streak? Find out in our VAVEL coverage.
8:18 PM2 months ago

Do not miss a detail of the match with the live updates and commentaries of VAVEL. Follow along with us all the details, commentaries, analysis and lineups for this Detroit Pistons vs Phoenix Suns match.
8:13 PM2 months ago

If you want to watch the game on TV, your options is: ABC.

If you want to directly stream it: ABC app and NBA app

Chris Paul | One of his team's most active players in the absence of Devin Booker. Paul registered 15 points, 11 assists and 6 rebounds. He has a great ability to score three-pointers and is undoubtedly one of the players to watch in every Suns game. 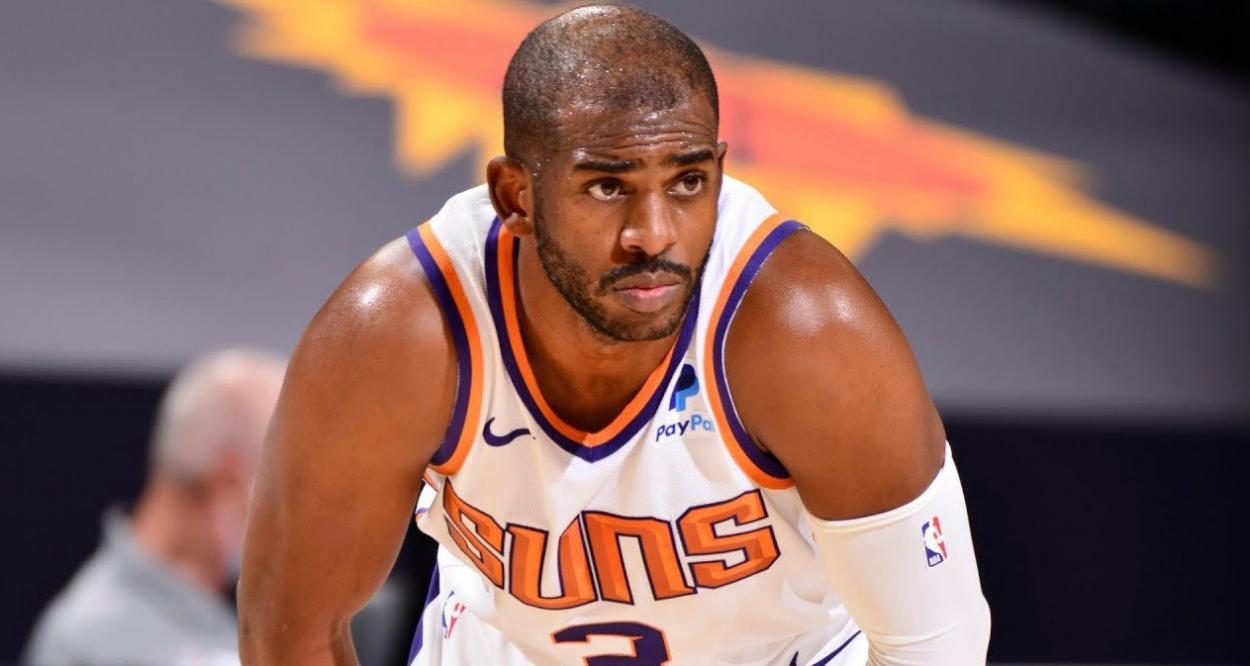 Cade Cunningham | After missing the first few games of the season due to injury and recovering from injury, Cunningham has been a force for the Pistons. In his most recent game, he scored a career-high 26 points and five goals from the perimeter. He completed his participation with 7 rebounds and 3 blocks. 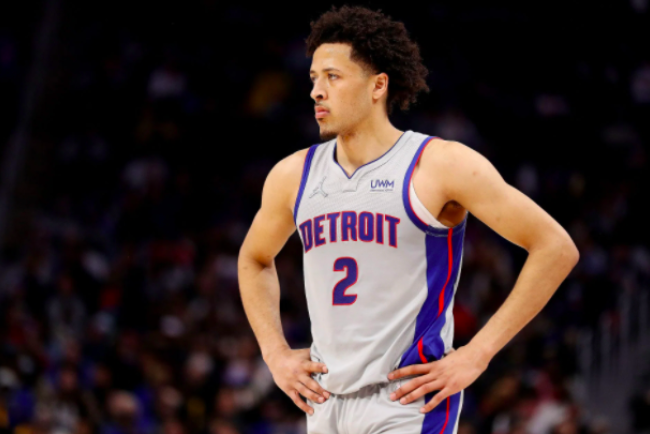 How do the Phoenix Suns arrive?

On the other hand, the Angelina quintet led by Monty Williams, is having a pretty good season and have proven to be a team that can achieve great things this season. Largely considered as favorites in their conference along with the Warriors, they are in the first position after a great game last Tuesday.  The Phoenix Suns held Golden State in check and thanks to a great performance by Deandre Ayton and Chris Paul, they managed to defeat Curry's Warriors 96-104 to tie the record of 17 consecutive unbeaten games in a season.
7:43 PM2 months ago

How do the Detroit Pistons arrive?

The Dwane Casey-led Pistons are struggling to find their way and find themselves at the bottom of their conference.
With Tuesday's loss to the Trail Blazers, the Detroit Pistons extended their losing streak to seven consecutive games. Despite the return of Isaiah Stewart and a big night from Cade Cunningham, the Pistons were outplayed by Portland all game long. Detroit is on a 4-17 streak and sits in second-to-last place behind only the Magic.
7:38 PM2 months ago

Tonight, Thursday's NBA season 2021-2022 continues with a game between two teams that live very different realities. On the one hand, the Phoenix Suns are the leaders of their conference while the Detroit Pistons can't find their way and are in the penultimate position of the Eastern Conference.
7:33 PM2 months ago

The Detroit Pistons vs Phoenix Suns match will be played at the Talking Stick Resort Arena, in Phoenix, USA. The kick-off is scheduled at 9pm ET.
7:28 PM2 months ago

Orlando Has A Star Duo In The Making 19 hours ago 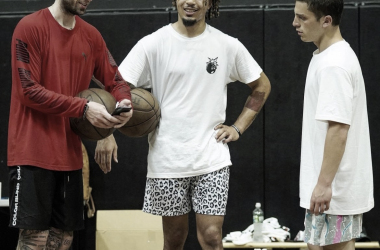