Victory for the Toronto Raptors, who reached a record of 17 wins for the same number of losses, with a great performance by Fred VanVleet with 33 points.
9:07 PM11 days ago

Final 2 minutes of a game that started very evenly but Toronto took better advantage in the second half to pull out the victory.
9:05 PM11 days ago

Fred VanVleet with 33 points and Gary Trent Jr. with 21 were the best scorers of the game and of the home team.
8:59 PM11 days ago

Toronto increases its lead and starts to define the game in its favor, a great second half
8:52 PM11 days ago

More than 20 points in favor of the home team that, unless something strange happens, should win the game to stay in play-in positions.
8:50 PM11 days ago

last 2 minutes of a game that Toronto controlled thanks to the great performance of Fred VanVleet.
8:36 PM11 days ago

Fred VanVleet is having an impressive game with 31 points so far.
8:32 PM11 days ago

Toronto manages to restore the lead and continues to lead this third quarter
8:31 PM11 days ago

Good minutes for San Antonio, which manages to reduce the deficit a bit, but Toronto is still in the lead.
8:22 PM11 days ago

First two minutes with a lot of scoring but the advantage is in favor of Toronto.
8:19 PM11 days ago

At the end of the half, Toronto took advantage of a great second quarter to partially win the game.
7:59 PM11 days ago

29-16 in the second quarter in favor of Toronto, in what has been a nightmarish second 12 minutes for San Antonio.
7:53 PM11 days ago

Toronto starts to get into a rhythm offensively and San Antonio is missing a lot of shots
7:47 PM11 days ago

Devin Vassell and Fred VanVleet are the best scorers of the game with 13 units so far.
7:41 PM11 days ago

Small advantage for the home team that manages to stop the Spurs on defense
7:41 PM11 days ago

First 12 minutes are over, Toronto wins by the minimum against San Antonio.
7:31 PM11 days ago

Last 2 minutes of a close first quarter in Canada
7:25 PM11 days ago

The game is even again in Toronto, two teams with a very similar level tonight.
7:23 PM11 days ago

Devin Vassell with 6 points starts to lead the Spurs in this first quarter
7:14 PM11 days ago

First minutes very close in Toronto, the inside game will be fundamental for whoever is looking to win the game.
7:11 PM11 days ago

All set in Toronto

The teams are ready for tonight's game, where the Spurs visit the Raptors in a matchup of teams in dire need of a win.
Follow all the action on VAVEL.
6:40 PM11 days ago

The home team ready for the game

The Raptors are already at home and ready for tonight's game against the Spurs.

Players out or in doubt for the match

For the home team the doubts are Bonga, Johnson, Mykhailiuk and Watanabe.
The visiting team has Murray, Bates-Diop, McDermott, Walker IV and Cacok as possible players tonight. Only Collins is out for the time being.
6:25 PM11 days ago

The venue for the battle

Tonight's location will be the Scotiabank Arena in Toronto, Ontario in Canada. The cost was 265 million Canadian dollars and its opening was in 1999, it has a capacity of 19,800 spectators for basketball. 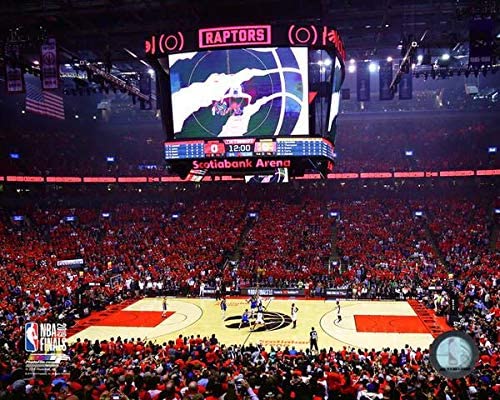 On the home side, VanVleet himself is the best with 6.7 assists dished out, while Murray of the visitors has 8.8 in each game.
6:10 PM11 days ago

A great duel in rebounds

On one side we have Siakam of the Raptors who has 8.4 rebounds each game, on the other side Poltl of Spurs has each game 8.5 boards grabbed.
6:05 PM11 days ago

The best scorers in this duel

Toronto's VanVleet is his team's best scorer with 20.9 points per game played, while San Antonio's Murray averages 17.8 points per game.
6:00 PM11 days ago

Do not miss a detail of the match with the live updates and commentaries of VAVEL. Follow along with us all the details, commentaries, analysis and lineups for this San Antonio Spurs vs Toronto Raptors match in NBA 2022.

What time is San Antonio Spurs vs Toronto Raptors match for NBA?

This is the start time of the game San Antonio Spurs vs Toronto Raptors of 4th January in several countries:

Watch out for this Toronto Raptors player

After winning the title, Fred VanVleet has remained as the head of this rebuilding Toronto project.
From being a good sixth man, he has become the best scorer of the squad with 20.9 units per game.
5:45 PM11 days ago

Watch out for this San Antonio Spurs player

In a team that does not have big stars, Dejounte Murray is the leader of the Spurs, as with his 17.8 units per game he is the best of his team in what is one of his best seasons.
5:40 PM11 days ago

Voting for the All-Star Game

The All-Star Game will be held in Cleveland in February, so voting for the election of captains and the league's best players is now available on the NBA website.
5:25 PM11 days ago

Spurs in need of victories

San Antonio comes into the game against the Raptors with a streak of 3 losses in a row, however before those 3 losses they had achieved the same number of victories.
A sign of the inconsistency of the Texas team.
5:20 PM11 days ago

Toronto with many adversities

The Canadian team is having a complicated season due to many factors, mainly because fans are not allowed to enter and this makes them the only team playing behind closed doors.
The squad is still fighting for a place in the top 8 of the conference.
5:15 PM11 days ago

Duel of teams in dire need of a win

San Antonio visits Canada with the urgency to win and climb up the standings, as they are 11th in the Western Conference with 14 wins and 21 losses.
The Raptors are in a similar position, as they are 10th in the East with 16 wins and 17 losses, clinging to the last playoff spot.
5:10 PM11 days ago