CAN4
END2 days ago

Continue exploring all that we have to offer.

The game ends and with an impressive Klay Thompson who scored 32 points, the Warriors finish the series with a 4-1 and are crowned as the best team in the West.

They will have to wait to define the next team that will be in the NBA Finals.

The game is winding down and everything seems to be in Golden State's favor to be crowned the best team in the West.
11:12 PMa month ago

The Dallas team is trying to come back but is missing a lot of shots at important moments.
11:02 PMa month ago

Warriors split again in the game
10:55 PMa month ago

The final quarter of the game begins and 10 points is the difference that is leading the Warriors to the NBA Finals.
10:48 PMa month ago

The third period is also in Golden State's favor and they have everything in their favor to finish this series and advance to the NBA Finals, but Dallas has the last word.
10:41 PMa month ago

The Warriors' offense is finding the necessary spaces to add 3's shots, which have Klay Thompson as their main weapon.
10:35 PMa month ago

4 local players are above double digits in points scored, compared to only 1 for Dallas.
10:26 PMa month ago

Luka Doncic needs to show up in a larger quantity in the points aspect, as he has only 6 in the game.
10:18 PMa month ago

Action resumes and the Mavericks will have to make a historic comeback to try to stay alive in the series.
10:01 PMa month ago

Halftime in the game and the Warriors have everything under control with a great performance by Thompson and Curry.
9:55 PMa month ago

The Warriors' offense begins to show its potential and they begin to separate themselves on the scoreboard.
9:46 PMa month ago

Curry appears to have an ankle injury because he came out of the game and is wearing special protection.
9:37 PMa month ago

Thompson is the Warriors' best with 11 points so far.
9:34 PMa month ago

Action resumes and the home team is winning by 5 points.
9:30 PMa month ago

First half of the game ends

The Warriors win it over the Mavericks

Great perimeter defense by the home side to prevent Dallas' long-range shooting.
9:16 PMa month ago

Dallas responds and closes the gap to just 4 points
9:07 PMa month ago

The Warriors start with a lot of effective shooting, but Dallas also responds.
9:04 PMa month ago

All set in San Francisco

The teams are ready for tonight's game, where the Mavericks visit the Warriors in Game 1 of the NBA Playoffs West Finals.
Follow all the action on VAVEL.
8:40 PMa month ago

The Mavericks are already in the arena

The visiting team is already in the arena and ready to defeat its rival.

Players out or doubtful for the game

Iguodola and Porter Jr. are doubtful for the home team, while Payton II and Wiseman are out, and Hardaway Jr. will be out for Dallas.
8:32 PMa month ago

Remaining games in the playoffs

The Chase center opened in 2019 to have a basketball capacity of 18,064 spectators and be the home of the Golden State Warriors. The project had an investment of more than $1 billion.
8:22 PMa month ago

For the home team, the best assists leader is Green with a postseason average of 6.4, while the visitors have in Luka Doncic their best leader in this statistic with an average equal to Green's 6.1.
8:17 PMa month ago

Rebounds in the series

Luka Doncic is the best rebounder of his team with an average of 9.9 in the postseason, while for Golden State Warriors the best in this statistic is Green with 7.0 average.
8:12 PMa month ago

The best scorers of each team in the series

The two great leaders and stars of the court are the best scorers, Luka Doncic with an average of 31.9 while Curry with 26.7, although the Slovenian missed games due to injury.

Do not miss a detail of the match with the live updates and commentaries of VAVEL. Follow along with us all the details, commentaries, analysis and lineups for this Dallas Mavericks vs Golden State Warriors match in NBA playoffs 2022.

What time is Dallas Mavericks vs Golden State Warriors match for NBA?

This is the start time of the game Dallas Mavericks vs Golden State Warriors of 26th May in several countries:

Keep an eye on this Golden State Warriors player

The eyes of the world are on Stephen Curry and whether he can once again lead the Golden State Warriors to the NBA championship.
The "Chef" has averaged 26.9 points and 5.6 assists in the playoffs, with his main weapon being his shooting from the 3-point line. 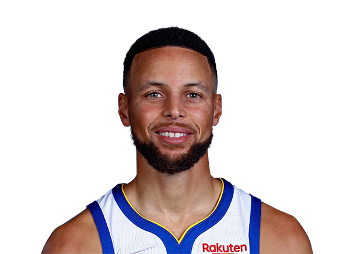 Watch out for this Dallas Mavericks player

Although he suffered an injury in the postseason, Luka Doncic is the benchmark of the Dallas Mavericks with his 31.5 points, 10.1 rebounds and 6.6 assists, being the leader in the 3 main statistics of his team.
7:47 PMa month ago

Curry and Thompson, the duo that will seek to conquer the NBA again

The best sharpshooters in the league are back together again and it seems that they want to return to the Finals to have the trophy they won a few years ago.
Thompson managed to return to the court with a great rhythm, after being out for a long time due to an injury.
7:32 PMa month ago

Since the arrival of Luka Doncic to the NBA, there have been comments about the effect that he could generate in the NCAA system, since the Slovenian arrived with less than 20 years old being a professional with Real Madrid and being the MVP of the Euroleague basketball.
This caused many prospects to think about going to other countries to become professionals and skip the part of attending a university and playing in the NCAA.
7:27 PMa month ago

The conference finals are ready in the best basketball league on the planet, the representative of the East will be between the two best teams in the regular season: Miami Heat or Boston Celtics.
On the West side, it will be between the 3rd and 4th of the conference in the regular season who will be in the finals to win the Larry O'Brien trophy: Golden State Warriors or Dallas Mavericks.
7:22 PMa month ago

The team from the San Francisco Bay Area managed to eliminate the Denver Nuggets in the first round and then they did it against the Memphis Grizzlies.
The series against Memphis was a tough one for the Warriors but they benefited from Ja Morant's injury which was a very complicated loss.
Golden State Warriors finished in third place in the West with a record of 53 wins and 29 losses, only 1 win ahead of their conference finals opponent.
7:17 PMa month ago

Dallas Mavericks, to dream from the game of Luka Doncic

The Dallas Mavericks surprised everyone by eliminating the Utah Jazz in the first round of the playoffs and later against the leader of the West, Phoenix Suns in a seventh game that will be forever in history for the beating they provided them.
Dallas finished the regular season as the fourth best in the West with a record of 52 wins and 30 losses and will seek from the leadership of Luka Doncic to dream about the Finals even if they are down 3-1.
7:12 PMa month ago

The Wild West opens its doors to continue with the conference finals between the Dallas Mavericks who surprised everyone and eliminated in a game 7 in a crushing way the best team in the regular season: the Phoenix Suns.
The locals in this fifth game will be the Golden State Warriors who eliminated the Memphis Grizzlies who, with the loss of Ja Morant, could do little against Curry and company.
7:07 PMa month ago