Thanks for listening and until next time!
12:41 AM3 days ago

Dallas gets a free throw and Dwight Powell scores 3 points on free throws.
12:38 AM3 days ago

Suns almost manage to tie the game and now have only 1 point of difference for Dallas with just 19 seconds to end the game.
12:37 AM3 days ago

Suns manages to react and is now only 4 points ahead of Dallas.
12:36 AM3 days ago

Dallas manages the match and tries to keep the 9 points of advantage.
12:33 AM3 days ago

With basket of Spencer Dinwiddie, Dallas opens 11 points of advantage.
12:04 AM3 days ago

Game played point by point, but with a very short advantage for Dallas.
12:02 AM3 days ago

Suns in front of the scoreboard with 6 points of difference.
10:57 PM3 days ago

How and where to watch the Phoenix Suns vs Dallas Mavericks match live?

What time is Dallas Mavericks vs Phoenix Suns match for NBA?

This is the start time of the game Dallas Mavericks vs Phoenix Suns of 26th January 2023 in several countries: 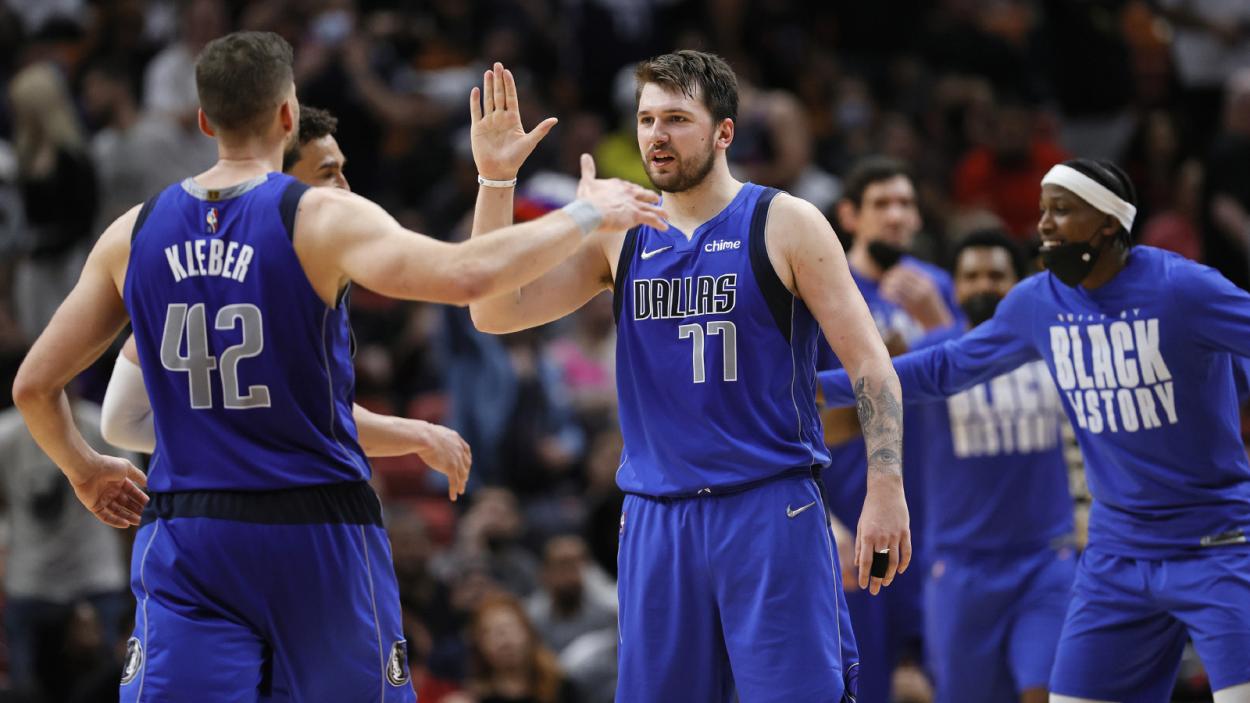 If by himself Luka Dončić is a good player it seems that in this 2022-23 campaign he is determined to be the best season in his history due to the fact that he has played 37.5 minutes per game and has contributed 33.7 points per game, both stats the highest in his career.
5:40 PM3 days ago

This will be their third of four home games in which the Dallas Mavericks have had a hard time imposing conditions at home, although they are still in the top six in the same Western Conference, a fact highlighted by the fact that they need to tighten the pace because it seems that the Nuggets and Grizzlies have taken a good lead and only they could compete for the top spot in the final stretch of the season.
5:30 PM3 days ago

Phoenix may be in a slump due to the amount of injuries they have at the moment, however, they are trying to get out of it. Players like Mikal Bridges are finishing with the team on his shoulder and he has responded very well, accumulating 16 points per game, 4.5 rebounds and 3.5 assists.
5:25 PM3 days ago

The Suns were having a great season with a magnificent performance, but something happened and that idyll went down. They have played 46 games, of which they have won 22 and lost 24. They accumulate a PCT of 0.478 and are ranked 11th in the Western Conference and 20th in the league.
5:20 PM3 days ago

The stadium designated for this game is the Footprint Center in the city of Phoenix, Arizona. It opened in 1992 and since that year, it has been the official home of the NBA's Phoenix Suns. It is also the official home of the Phoenix Mercury of the WNBA. From 1996 to 2003, it was the home of the NHL's Phoenix Coyotes, and from 2005 to 2009, it was the home of the ECHL's Phoenix Roadrunners. It has had six name changes since its opening. It began as America West Arena from '92 to 2006, then from 2006 to 2015, it was called US Airways Center, from 2015 to 2020, it was called Talking Stick Resort Arena, in 2020 it was called PHX Arena, from 2020 to 2021, it was known as the Phoenix Suns Arena and in 2021, it changed its name to the Footprint Center. It has hosted NBA and WNBA All-Star Games, as well as the NCAA Division I Men's Basketball Championship, WWE events and concerts by Blink-182, Green Day, Selena Gomez, among other great artists. It has a capacity of 18,422 spectators.
5:15 PM3 days ago

The NBA (National Basketball Association) is the national basketball league in the United States, with 30 teams divided into two groups, separated by the Eastern Conference and the Western Conference. The league was founded on June 6, 1946, as the BAA (Basketball Association of America), but three years later it merged with the NBL (National Basketball League), becoming the NBA we know today.
The first winner was the Los Angeles Lakers, who amended four titles in a row with an initial dynasty in the league. It was only stopped by the Golden State Warriors, and soon after by the Baltimore Bullets.

Today, the Lakers, along with the Boston Celtics, are the biggest winners in the NBA, with 17 titles each. Golden State Warriors followed shortly after with seven, where they achieved another dynasty in the league with Stephen Curry, Klay Thomspon, Kevin Durant and Draymond Green.

The league also divides the awards by sectors. The most valuable is MVP, where they elect the best athlete in the league based only on the regular season. Right after that, there are awards for best trainer, best executive, sixth man, rookie and several others. Currently, the player with the most MVP awards is Kareem Abdul-Jabbar, with six. Next, Michael Jordan has five, along with Bill Russell. LeBron James, still active, has four awards.

The current league champions are the Golden State Warriors, where they defeated the Boston Celtics 4-2 in the decision. The Warriors finished third in the Western Conference, passing the Denver Nuggets, Memphis Grizzlies and Dallas Mavericks in the postseason, to win the tournament. Center Nikola Jokic is the current MVP of the season, where he won for the second straight time. Stephen Curry, Warriors point guard, is the current Finals MVP.