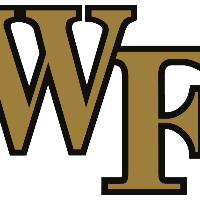 That'll do it for our live coverage of Wake Forest - Notre Dame here at VAVEL. Thanks for joining us. Our final once again Notre Dame 69 Wake Forest 58

Manning: "The effort on the offensive glass was good"

Manning: "I thought our two freshman bigs did a very good job"

Notre Dame's next game will be at Florida State on Saturday at 4:00 PM EST

Wake Forest's next game will be Senior Day against Virginia Tech on Sunday at 6:30 PM EST

Notre Dame had no foul shots in the first half. In the second half, they had 20

0:05 Beachem will get two foul shots now. He also makes both

0:50 Collins fouled. Makes one, but a jump ball is called on the rebound. WF ball

0:57 Auguste gets fouled. Makes both again

2:01 Auguste to the line now for a one and one. Makes both

4:19 Collins gets the basket and the foul. Converts the and-one

5:38 Watson gets two shots and makes one, but Wake gets the rebound

5:38 Watson fouled on the shot. Referees will take a look to see if the shot was a three or not

6:06 Colson gets the basket and the foul. Misses the shot

6:27 Mitoglou gets the rebound and puts it back for two

6:44 Ryan gets his fourth personal foul

7:26 Jackson at the line. Makes just one

8:56 Mitoglou at the line. Makes both

9:02 Jackson scores off the jump shot.

13:01 Vasturia gets the three just before the shot clock expires

13:36 Mitoglou gets another three for the Deacons

13:48 Vasturia fouled on the drive. Makes both

18:03 Jackson increases the lead to four

19:43 Wilbekin opens up the 2nd half with a game tying three

At the Half Steve Vasturia leads Notre Dame with 8.

At the Half Doral Moore leads Wake Forest with 9 points

0:00 With a good final few minutes, Wake Forest has cut the lead to just three at the half. Wake Forest 25 Notre Dame 28

0:38 Moore with the tremendous dunk cuts the lead to five

1:39 Crawford with the quick drive gets the hook shot to fall

2:40 Auguste answers for the Irish

3:01 Moore gets the easy basket for the Deacons

4:06 McClinton gets his first basket of the game

6:50 Vasturia with the great cut to the basket and lay-up

7:30 Vasturia scores to increase the lead to 8

7:59 Colson gets another basket for the Irish

10:41 Watson fouled on the drive. Misses both

12:51 Beachem with the floater, gives ND the lead

13:42 Beachem scores off a short jumper

14:29 Collins misses but gets his own rebound and scores

16:00 Crawford with the steal and the made jumper to tie the game back up

16:13 Vasturia with the great drive

19:11 Collins scores on the alley-oop pass

1st Half 20:00 ND wins the tip and we are underway in Winston-Salem

8:50 PM John Collins will get the start at forward for Wake Forest

Konstantinos Mitoglou has the ability to stretch the floor from the forward position for Wake Forest. He has a great three point shot, especially from the corners. Notre Dame will need to be focused at all times to prevent Mitoglou from finding his shot early. If he gets hot, Wake can use the three point shot to keep pace with Notre Dame and get an unlikely upset.

Moore will most likely get the start again for the Deacons and the 7’1” freshman will look to build upon his great game against Boston College. He may still have limited minutes, but can make the most of his time on the court. He could be a good match-up for Zach Auguste. If he can make some electrifying dunks early on in the game, the crowd will get more involved and the Deacons can use that energy to their advantage.

Demetrius Jackson is the Irish's leading scorer and their assists leader. He will most likely account for the most points for the team. The Deacons will need to put a lot of pressure on him. They also need to play close to him off the ball so they can try to limit him being open for passes.

The Deacons are rated the worst in the ACC in turnovers per game. They average over 14 turnovers every given night. This gives themselves less opportunities to score while often giving their opponent free baskets on the fast break. Wake needs to make sure they make the most of all of their opportunities against a high scoring Notre Dame team.

The Irish will look to control the rebounding game in the absence of Devin Thomas. Doral Moore is a great freshman talent, but he has not started against a player like Zach Auguste. If Auguste and the rest of the Irish can be aggressive on the boards and cause trouble for Moore and John Collins, Wake will have a very tough time.

In the absence of Devin Thomas, Doral Moore was stellar in 20 minutes played. He had 19 points, 7 rebounds and 3 blocks. Moore proved that he can easily fit in the Wake starting lineup and has certainly earned more playing time for the rest of the year. The future looks very bright for the Demon Deacons as they got a look of what their team would be like without senior Devin Thomas and the team didn’t skip a beat.

The Irish lost their last game in a tough way. Georgia Tech G Marcus Georges-Hunt scored in traffic with just 2 seconds left to give Georgia Tech a one point lead over the Irish. Notre Dame’s last buzzer beater attempt failed and the upset stood, Georgia Tech won 63-62. As a result of this surprising loss, Notre Dame dropped in the national rankings from 19 to 23.

Wake Forest F Devin Thomas will be serving the second and final game of his suspension. G Cornelius Hudson was also dismissed from the team for violations of athletic department policy. Thomas currently is the team leader in points per game, rebounds per game and blocks per game. Although Boston College could not break through and play well in Thomas’ absence, Notre Dame is a tournament team and will be far more difficult to play against than the Eagles.

Wake Forest and Notre Dame have already played this year, and it was a much happier day for Notre Dame than it was for the Demon Deacons. Zach Auguste led the Irish with a double-double; he had 21 points and 12 rebounds. Auguste was also 70% from the field in that game. Freshman Bryant Crawford scored 20 points in the game to lead the Deacons in their losing effort.

Wake Forest is finally out of their long eleven-game losing streak after a great performance against a struggling Boston College team on Sunday. Starting with a 37-4 lead in the first half, Wake Forest cruised to a 74-48 win to get their second ACC victory of the year. Boston College, however, still has yet to win in conference play this season.

Welcome to VAVEL USA’s LIVE Coverage of the Notre Dame Fighting Irish vs Wake Forest Demon Deacons in College Basketball in the ACC. I am Jordan Hansgen and I will be providing minute to minute updates, commentary and results of the game LIVE from the LJVM Coliseum in Winston-Salem, North Carolina. The contest starts at 9:00 PM EST and there will be coverage pregame, mid-game and postgame.