Washington State quarterback, Luke Falk smashed his predecessors' legacy in 2015. Falk followed one of the best statistical quarterback in WSU history, Connor Halliday. Halliday held multiple Washington State passing records including: completions (1,014), attempts (1,634), yards (11,303) and passing touchdowns (90). But, he managed a record of just 10-22 in games he played the majority of the snaps. 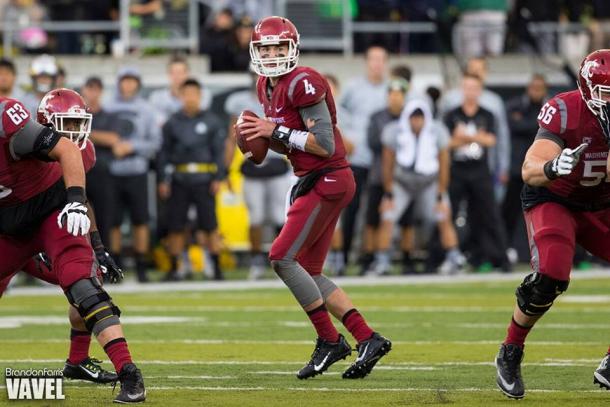 Luke Falk managed to go 10-6 in games, in which he played the majority of the snaps, including a record of 9-3 in 2015. Falk and the Cougars lost a heartbreaking opener to FCS opponent Portland State 24-17. Falk fought through the tough loss and recent WSU struggles to keep the Cougs competitive. It resulted in the Cougs best run since 2003. The Cougars went 10-3 that season and since then have lived in the NCAA power five cellar. In the 11-year drought WSU went an abysmal 41-91. 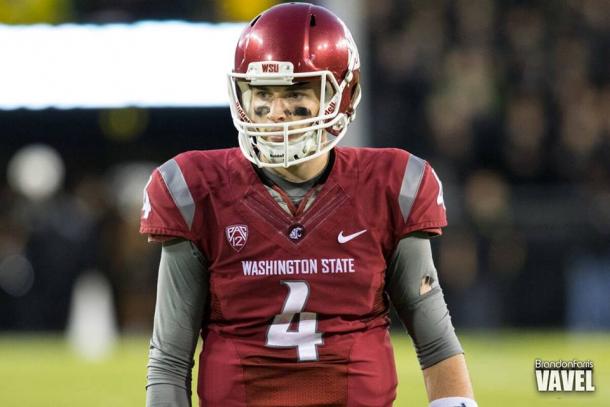 Since head coach Mike Leach's arrival, the win-loss column is better but still below .500. Leach has gone 21-29 in four years at the helm, but he's managed to take the Cougs to two bowls in four years. Washington State had been to just four bowls in the previous 16 years. He doesn't deserve all the credit for WSU's turnaround. If he didn't land a quarterback like Falk he might not have a job. Obviously, Leach's pass-happy air raid offense helps quarterbacks. But, Leach's first quarterback was former Bills' backup Jeff Tuel. Tuel played in the NFL and had talent, but went the Cougs went 3-9 in his only year under Leach. It isn't just the system, it's heavily dependent on a efficient quarterback. 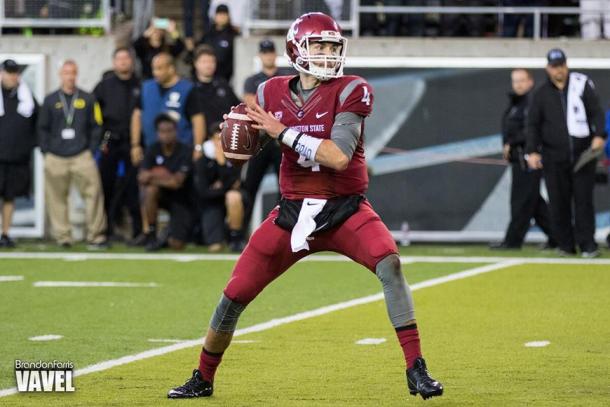 Luke Falk put up video game like number in his sophomore season. Falk threw for 4,561 yards, 38 touchdowns and just eight picks while completing 69 percent of his passes this past season. Texas Tech Red Raider great, Graham Harrell, put up similar numbers his sophomore numbers. Harrell threw for 4,555 yards 38 touchdowns and 11 interceptions on a 67 completion percentage. Harrell's career trended upward under Leach's tutelage. It's a possibility Falk's career could too. He has the system and the ability to keep the Cougars on the right track.