Each week of this weird, ever-changing, always-confusing college football season in the world of the coronavirus, the Saturday Slate Setup will be your one-stop shop to get ready for college football Saturday's this fall. We'll preview and predict the biggest games each week and help you plan your gameday watching.

This week, as week three approaches, some interesting games featuring middle-of-the-pack teams in the ACC and Big 12 look to tell us a lot about the strength of these conferences beyond the Clemsons and Oklahomas of the world. Here's what to watch in week three: 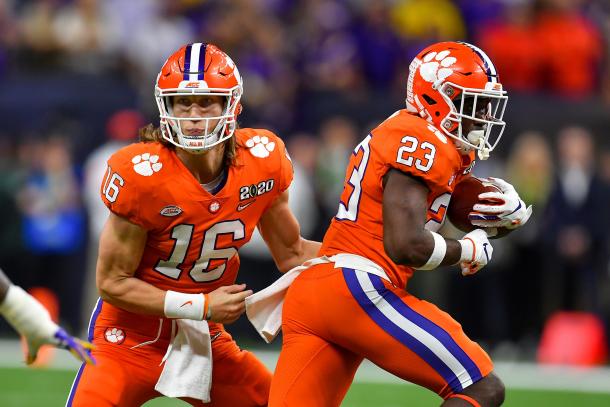 This week's Game of the Week might not be about the final result, but any game the number one team in the land plays is bound to be an important one- and a good watch at that. The number one-ranked Clemson Tigers play their home opener inside Death Valley at Memorial Stadium in Clemson, South Carolina on Saturday afternoon not just looking to beat in-state foe The Citadel, but also look good doing it and hang up a nice number on the Bulldogs. The challenge for head coach Dabo Swinney's Tigers will be to improve upon their solid performance last week on opening weekend on the road in Winston Salem against Wake Forest, looking to get star junior quarterback Trevor Lawrence, a Heisman frontrunner, more involved in the passing game and locked in with his young new receiving corps of Joseph Ngata, Frank Ladson, and Amari Rogers.

Welcome to the 2020 college football season! Tulsa and Oklahoma State had been scheduled for last week but was postponed to this Saturday due to coronavirus concerns for both teams. The Cowboys bring in one of the most hyped offenses in the country to begin their season with quarterback Spencer Sanders, star running back and Heisman hopeful Chuba Hubbard, and wide receiver Tylan Wallace leading Mike Gundy's squad in Stillwater. Tulsa should be able to hang around for the first quarter or so inside Boone-Pickens Stadium, but expect the Cowboys to pull away with their big offense.

Syracuse and Pitt come into this ACC conference matchup looking to show for both teams what reasonable expectations for 2020 are for two of the middle-tier teams in the ACC. Head coach Dino Babers' Syracuse squad came into 2019 with much promise but a fledgling offensive line made offense slim-pickings last season for quarterback Tommy DeVito. The Orange struggled again offensively last week in a loss to North Carolina, one of the leading contenders in the conference, on the road and will need to turn around its fortunes on that side of the ball to hang with Pat Narduzzi's always steady Pitt team.

Fox's Big Noon Saturday comes into Waco for new head coach Dave Aranda's first game as a Bear in a game that was scheduled just a week ago following both teams' postponements the prior week due to COVID-19 outbreaks with their respective opponents. Baylor brings in Aranda, fresh off a sterling run as defensive coordinator at reigning national champions LSU, into Waco to go one further on the remarkable turnaround job Matt Rhule did last season reaching the Big 12 Championship game and coming up a couple plays short of knocking off Oklahoma and reaching the College Football Playoff. Bears QB Charlie Brewer will need to have an improved season for Baylor and we'll get our first look at his improvements for 2020 against Dana Holgorsen's Cougars, a team who spent much of 2019 rebuilding. Baylor will still be working out the kinks in their first game, but they'll be better built than Houston.

In the wonky pandemic world of college football, Ken Niumatalolo's Navy squad turned many heads- not in good ways- in their 55-3 thumping at the hands of BYU two weeks ago with their tackling. The Midshipmen later revealed they hadn't talked much at all in their pre-season training camp prior to week one. That will have to be figured out against Willie Fritz's always steady and improving Tulane team in New Orleans.

Duke and new Clemson transfer quarterback Chase Brice looked solid on the road last week against new ACC member Notre Dame, one of the conference's best teams, and the Blue Devils should continue improving game-by-game as their offense becomes more and more familiar with Brice at the helm. BC brings in new head coach Jeff Haffley, formerly Ohio State's defensive coordinator, to improve a recently stale program and he'll have his chance to show a new and improved Eagles in their first game. The likely difference here between two evenly-matched ACC teams: Duke's second game, BC's first. 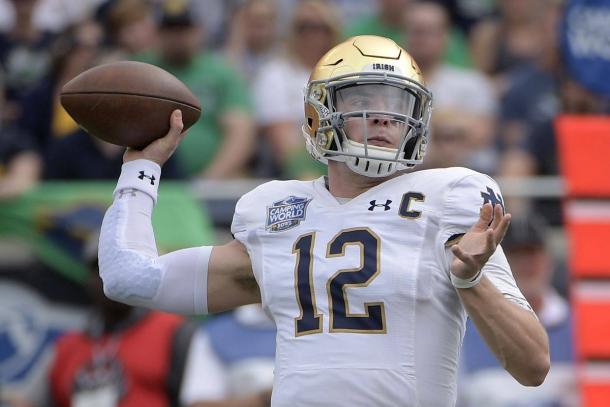 Notre Dame looked a bit sluggish against Duke last week in their opening game and first as a full-fledged ACC conference member for the year, winning comfortably but not terribly impressively in South Bend. Senior quarterback Ian Book will need to throw the ball much better having lost several key wide receivers last season and USF will give Brian Kelly's squad another good chance to work out some of the kinks. The Bulls will look to crank up their offense with new head coach Jeff Scott, Clemson's former co-offensive coordinator, but Notre Dame's strong and steady defense will make that tough.

Geoff Collins' Yellow Jackets were the talk of college football last week handing vaunted Florida State their fifth straight season-opening loss in Tallahassee and Georgia Tech will have another tough task this week. UCF comes into 2020 as one of the American Athletic Confrence's best bets to finally get a team into the CFP and has been producing flashy offenses in the AAC for years now. Expect that speed to be too much for a still rebuilding Tech team. 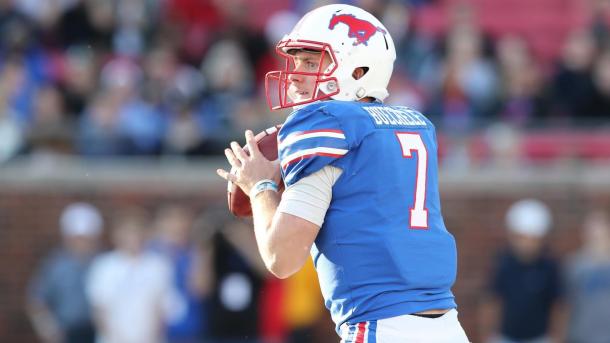 Sonny Dykes' SMU squad began their season two weeks ago against Texas State before health concerns against TCU forced the Horned Frogs to postpone their rivalry matchup. Meanwhile, UNT's offense put up tons of points two weeks ago as well in their opening week beatdown of Houston Baptist. Both offenses should be revving to go again this week but expect SMU's superior talent with Texas transfer quarterback Shane Buechele to make the difference here.

This game on ABC's Saturday Night Football primetime spot will give us a good picture of what the middle of the pack in the ACC will look like this season with two teams in different phases of rebuilding. Manny Diaz's Miami squad couldn't have ended 2019 in worse fashion falling to Louisiana Tech in the Independence Bowl with an anemic offense that cost offensive coordinator Dan Enos his job. The Hurricanes brought in vaunted Texas high school quarterback D'Eriq King from Houston as a transfer and looked much improved offensively in a win last week in the Power Five opener against UAB in the 305. Louisville and Scott Sadderfield last year could be a blueprint for the Hurricanes this season as they took an abhorrent 2018 team and made a solid bowl last season in his first year on the job. This game should be incredibly close and tell us a lot about both teams' prospects this season but give me the more developed, far-along team in their rebuild.

Following their opening week loss to conference favorite Clemson at home, Wake Forest goes on the road to Raleigh to face in-state rival NC State in another nighttime ACC matchup that should tell us a lot about where the conference standings will fall come December. The Wolfpack has the tools to improve in the ACC but David Doeren's program has fallen down the stretch in conference play each season, a trend he'll need to buck to continue NC State's upward trajectory. WFU is still looking to replace the keys they lost on offense with quarterback Jamie Newman's transfer to Georgia and star wide receiver Sage Surratt's opt-out of the 2020 season. I'll take the late-night upset and Doeren's defense to get it done for the Wolfpack.