Thank you for following the NCAAF telecast between Arkansas and Alabama. See you next time.
7:04 PMa year ago

A short kick that Arkansas does not recover and the game is over.
6:54 PMa year ago

Raheim Sanders with the reception beating the defender's one-on-one and tightening the game.

Young's bomb to Williams and the lead increases.

Thompson can't make the reception and Arkansas will have to clear out of deep zone.
6:39 PMa year ago

Cameron Latu in the red zone fumbles the ball, which the Arkansas defense recovers inside its own 5-yard line.
6:34 PMa year ago

Surprise play on field goal and Blake Kern makes the reception to escape to the diagonals.

From 30 yards this time Will Reichard does hit his kick.

They had given a fumble in favor of Arkansas, but the review indicated that the player had already made a down and possession remained with Alabama.
6:14 PMa year ago

Will Reichard misses a 47-yard field goal and Alabama walks away empty-handed.
6:09 PMa year ago

Young is caught on third and goal and will settle for a field goal.
6:04 PMa year ago

Treylon Burks manages to find separation and scampers 66 yards to answer quickly and tighten the score.

Young feints to run and finds Brian Robinson Jr to increase the lead.

The second half begins. Alabama on offense.
5:49 PMa year ago

Young releases his arm and finds Williams in deep zone, who puts speed on it and escapes to the diagonals to retake the 10-point lead.

Treylon Burks with the reception and sneak down the sideline to get closer on the board.

"That was the John Metchie drive."@AlabamaFTBL caps off a 98 yard drive with a TD pic.twitter.com/pu2ODlbsoC — CBS Sports (@CBSSports) November 20, 2021

KJ Jefferson with the incomplete pass and Arkansas to clear again.
5:14 PMa year ago

John Metchie with the reception at the diagonals to open the scoring.

Will Reichard 48 yards after the fumble they recovered opened the scoring.

Alabama plays on fourth down and running back Brian Robinson ends up slipping, so the ball is fumbled in the opponent's field.
4:54 PMa year ago

Short carry by KJ Jefferson and Arkansas hands the ball off.
4:49 PMa year ago

The game begins. Arkansas on the offensive
4:44 PMa year ago

We are minutes away from the start of the game between Alabama and Arkansas for week 12 of the NCAAF.
4:39 PMa year ago

The greeting between two legends, the respective coaches of Arkansas and Alabama.

Both teams' defensive stats. Arkansas in first and Alabama in second, highlighting their ability to stop the opponent's ground game:

This is the production on offense for Arkansas and Alabama, respectively:

For the fifth victory

Alabama has an inertia of four wins in a row and will be looking for its fifth; it is worth remembering that last week they crushed New Mexico State 59-3.
4:19 PMa year ago

Arkansas is on a streak of 3 consecutive wins, including last week's win when they defeated LSU in overtime and held them to just 13 points.
4:14 PMa year ago

Alabama is a heavy favorite this afternoon to take the win according to bookmakers in Las Vegas and ESPN by a 20.5-point spread.
4:09 PMa year ago

Arkansas' key to victory will be running the ball, as they average 233.5 yards per game to rank second in the SEC and sixth best nationally.
4:04 PMa year ago

Alabama thus arrived at their stadium, welcomed by their fans who will once again fill the stadium to support them. 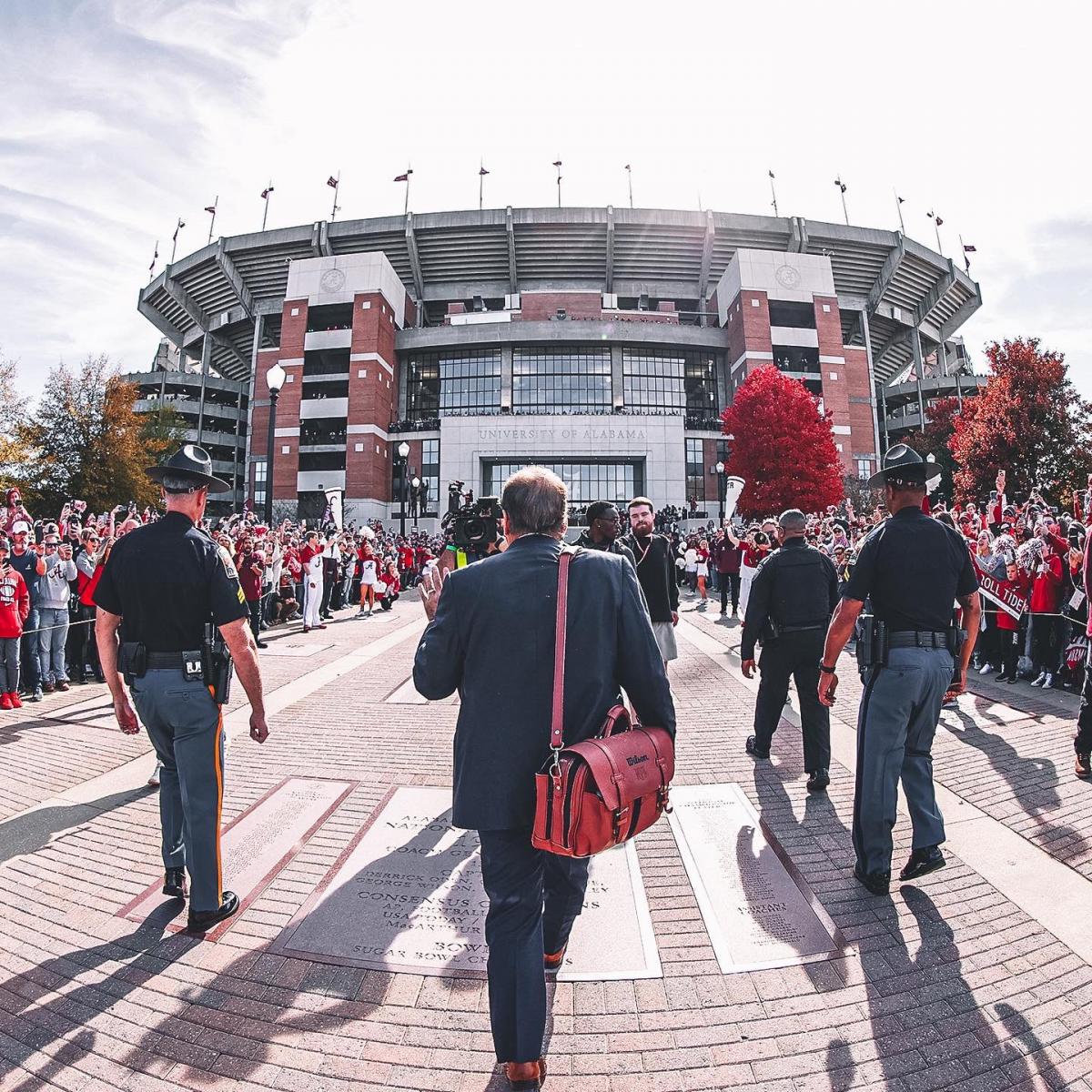 The Alabama Crimson Tide look to continue to establish themselves as one of the nation's best when they host Arkansas for Week 12 of the 2021 NCAAF season. We begin with the coverage.
3:54 PMa year ago

Do not miss a detail of the match with the live updates and commentaries of VAVEL. Follow along with us all the details, commentaries, analysis and lineups for this Arkansas Razorbacks vs Alabama Crimson Tide match in NCAAF Season 2021.
3:49 PMa year ago

What time is Arkansas Razorbacks vs Alabama Crimson Tide match for NCAAF Season?

This is the start time of the game Arkansas Razorbacks vs Alabama Crimson Tide of 20th November in several countries:

Alabama has imposed a clear dominance in recent years by winning every meeting, emphasizing that they have not seen defeat since the 2006 campaign when they lost 24-23.

Bryce Young is having a great season and is certainly one of the possible candidates to win the Heismann Trophy at the end of the campaign due to the fact that he has thrown for 3,025 yards, 33 touchdowns and only three interceptions; he is coming off a five-touchdown game in the win against New Mexico State. 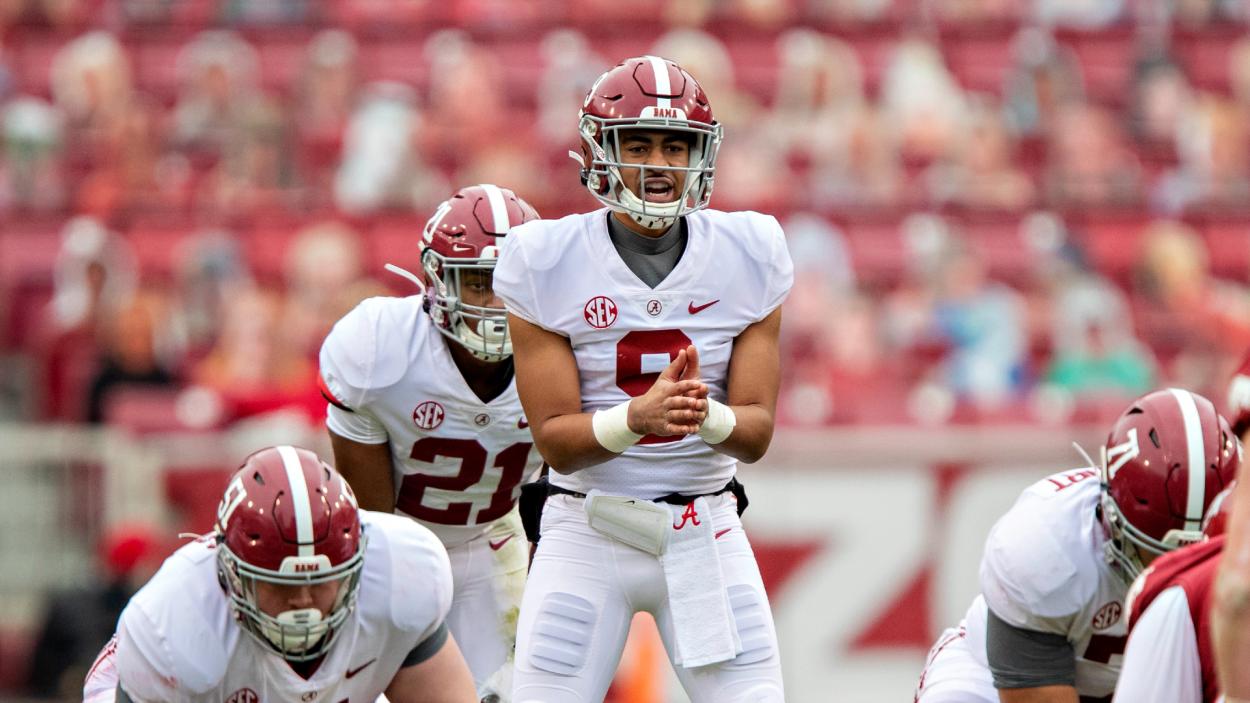 Much will depend on what Traelon Smith can do on the ground, who this season has excelled with 101 carries, for 513 yards, averaging 5.1 and scoring on four occasions. 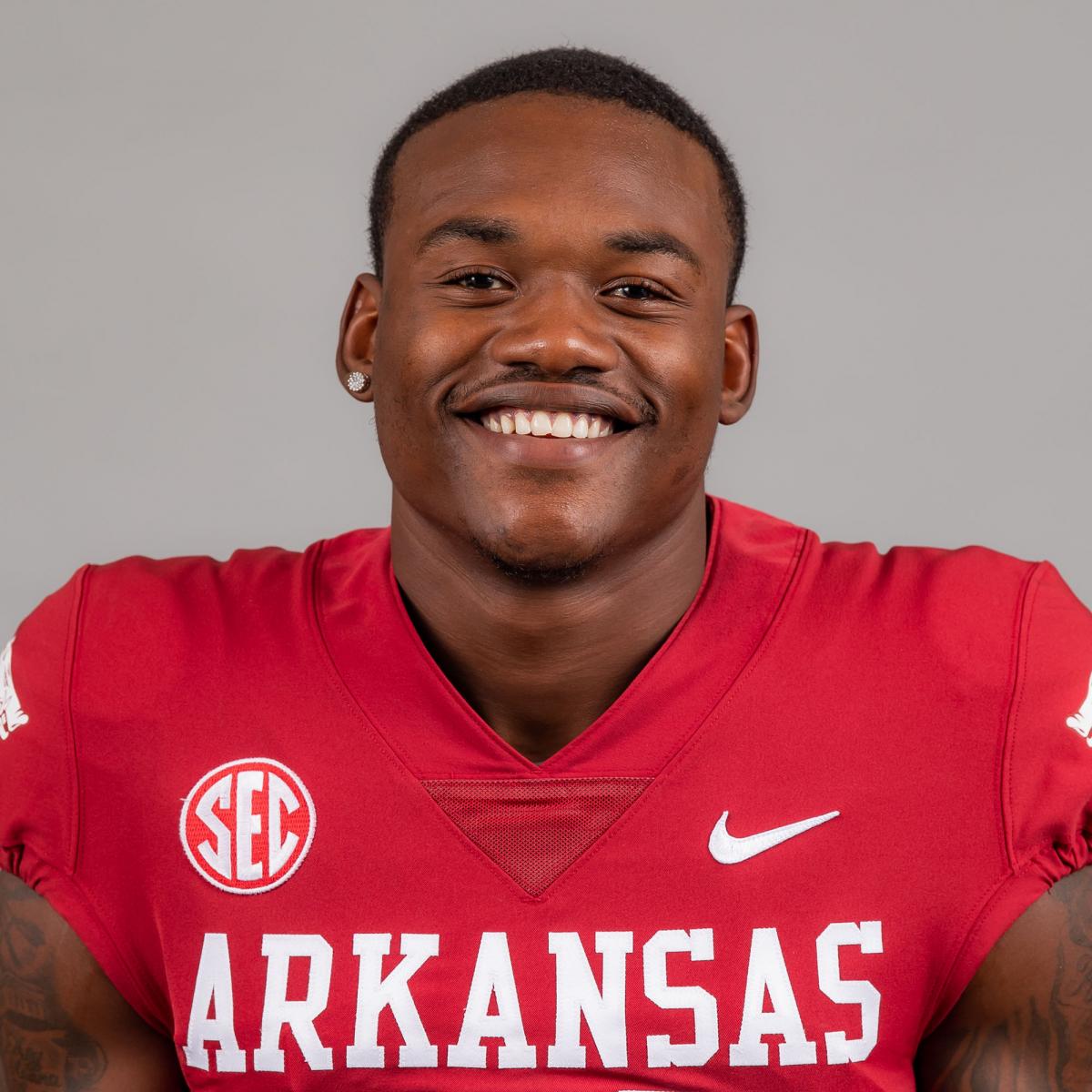 How are Arkansas and Alabama doing this season?

Part of the great season of Alabama Crimson Tide has been because they have been able to find balance in their offense, since they run the ball well and throw much better, which has caused them to average 44.6 points per game to be one of the best in the nation; besides, they need the win to continue as second in the NCAAF ranking.
3:19 PMa year ago

If Arkansas Razorbacks want to make a splash this week, they will have to base their game on two elements: on offense, running the ball, which is their strong suit this season and averaging 233.5 yards per game; they will also have to put pressure on the opposing quarterback to avoid headaches.
3:14 PMa year ago

The Arkansas Razorbacks vs Alabama Crimson Tide match will be played at the Bryant-Denny Stadium, in Alabama, United States. The kick-off is scheduled at 3:30 pm ET.
3:09 PMa year ago