Thank you for following the NCAAF Michigan-Maryland telecast. See you next time.
7:06 PMa year ago

Alan Bowman with the incomplete pass and Michigan gives up possession.
6:51 PMa year ago

Short pass from Taulia Tagovailoa and Maryland will have to clear once again.
6:33 PMa year ago

McCarthy with the five-yard carry to add to the thrashing.

Turner intercepts Tagovailoa and returns it 42 yards for the touchdown.

Tagovailoa finds space and escapes all the way to the diagonals.

Henning breaks out all over the sideline on the kickoff after a delayed pass.

Carriere with the touchdown and finally Maryland enters the promised zone.

Haskins with the personal two-yard carry for the touchdown.

Peny Boone with the carry for no gain of yards and with that they go empty-handed because it was fourth down and they give the ball away.
5:37 PMa year ago

The second half begins. Maryland on the offensive.
5:15 PMa year ago

Great one-handed catch by Mike Sainristil to make the touchdown.

Great play by Michigan special teams blocking the kick and now they will have great field position.
4:46 PMa year ago

McNamara came up short with the delivery and Michigan will have to give the ball away on fourth down.
4:37 PMa year ago

Despite a good series, Joseph Petrino enters the field for three points.

Carlos Carriere with the reception and Maryland is already in the red zone.
4:25 PMa year ago

Hassan Haskins with the two-yard carry to extend the score from pull play.

Cade McNamara with the incomplete pass and Michigan to hand the ball off from their 37-yard line.
4:01 PMa year ago

McNamara finds Luke Schoonmaker in the promised zone from two yards out to open the scoring.

After a good series, Maryland concludes it with Joseph Petrino's missed 48-yard field goal, so they leave empty-handed.
3:44 PMa year ago

Incomplete pass by Cade McNamara and after three plays, Michigan to clear.
3:41 PMa year ago

The game begins. Michigan on the offensive.
3:27 PMa year ago

We are minutes away from the start of the game between Michigan and Maryland for week 12 of the NCAAF.
3:26 PMa year ago

Michigan is already on the field putting the finishing touches on Week 12 and trying to get its tenth win of the season.

Here are the numbers they have allowed defensively. First and best is Michigan, compared to rival Maryland:

Here are the stats for both Michigan and Maryland's offenses, respectively:

Maryland has not been able to have a good season and they have barely won one of the last five games, remembering that on October 30 they defeated Indiana by a score of 38-35.
3:06 PMa year ago

Michigan has won four of its last five, with the game it lost coming three weeks ago in a 37-33 loss to Michigan State, which is currently being crushed by Ohio State.
3:01 PMa year ago

Michigan is a heavy favorite to win this game according to bookmakers in Las Vegas and ESPN by a 16-point margin.
2:56 PMa year ago

Maryland also arrived at the stadium a few moments ago looking to make a splash in this game.

Michigan needs to get the win to reassert itself among the nation's top seven teams.

All about business. #GoBlue pic.twitter.com/4J38DN0ECE

Michigan doesn't want to disappoint on this day when it takes on Maryland for Week 12 of the 2021 NCAAF season. We begin with coverage of the game.
2:41 PMa year ago

Do not miss a detail of the match with the live updates and commentaries of VAVEL. Follow along with us all the details, commentaries, analysis and lineups for this Michigan Wolverines vs Maryland Terrapines match in NCAAF Season 2021.
2:36 PMa year ago

What time is Michigan Wolverines vs Maryland Terrapines match for NCAAF Season?

This is the start time of the game Michigan Wolverines vs Maryland Terrapines of 20th November in several countries:

Michigan has imposed a clear dominance in the last five games with the same number of wins, stressing that they have not known defeat since 2014 when they lost 23-16.

A lot of spotlight has been on Taulia Tagovailoa for being the brother of Dolphins quarterback Tua Tagovailoa; but so far this year his numbers have been gaudy as he has thrown for 3,105 yards (ninth best in the league), 20 touchdowns and 10 interceptions; in the loss to Michigan State he had 350 yards, two touchdowns, but one turnover. 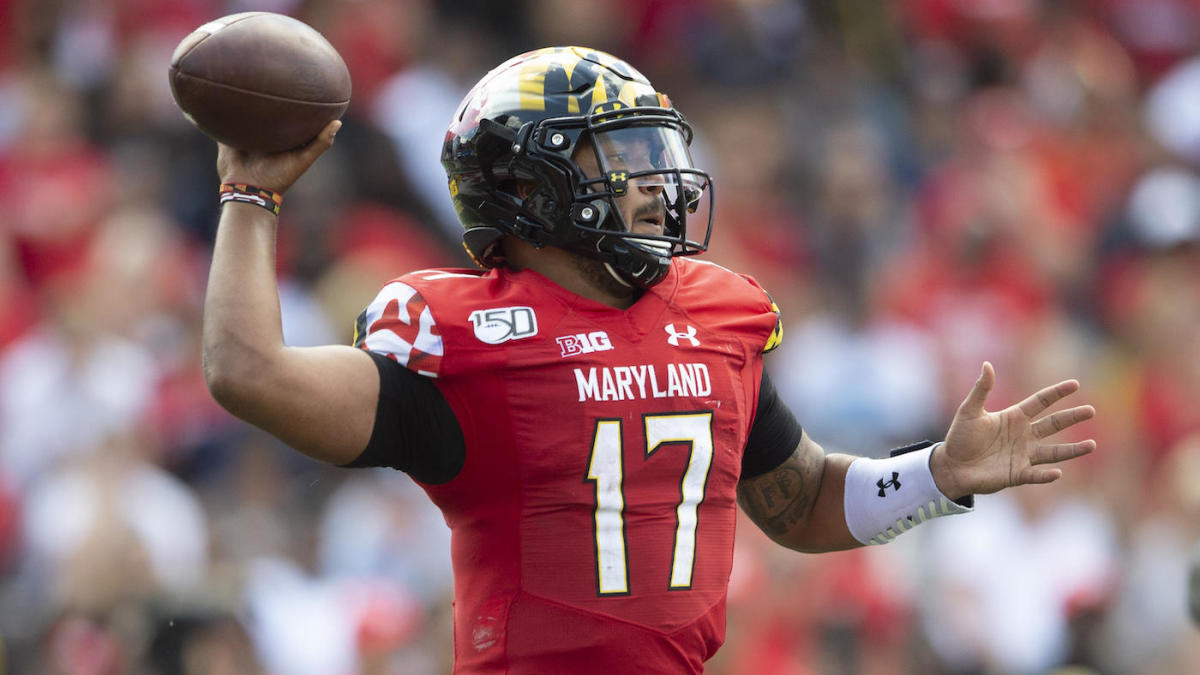 Great productivity and work has been done by running back Hassan Haskins with 196 carries on the season for 985 yards, averaging 5 every time he takes the ball along with 11 touchdowns; in the win against Penn State he ran for 156. 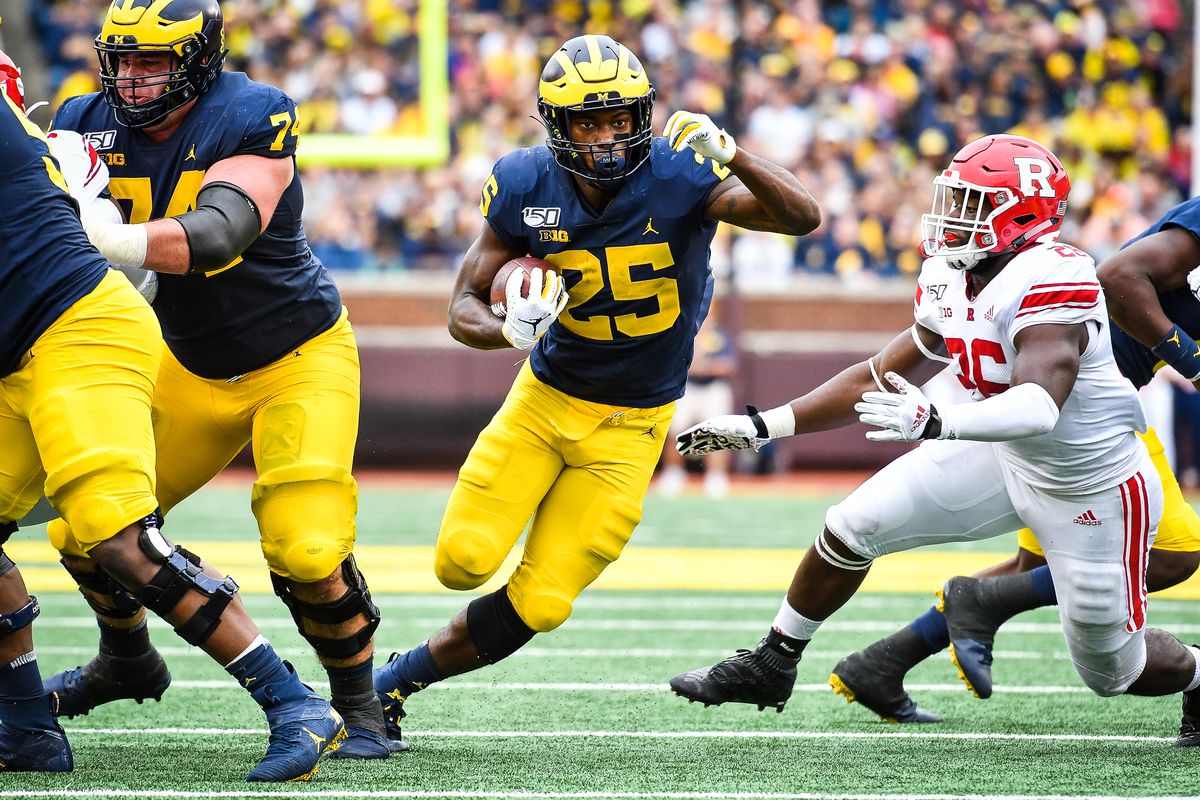 How are Michigan and Maryland doing on the season?

Unlike their rival, Maryland's strength has not been in running but in throwing the ball, as they have averaged 319 yards per game and will have to give enough protection to their quarterback against one of the most aggressive defenses in the league.
2:06 PMa year ago

The Michigan Wolverines' specialty is not throwing but running, in fact per game they average more yards on the ground and, once again, they will have to rely on that to dominate the game and possession in order to remain at the top of the ranking where they started in sixth place.
2:01 PMa year ago

The Michigan Wolverines vs Maryland Terrapines match will be played at the Maryland Stadium, in Maryland, United States. The kick-off is scheduled at 3:30 pm ET.
1:56 PMa year ago