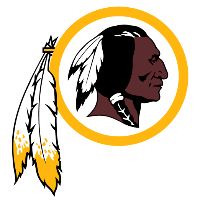 In the NFC Wild Card game, the Green Bay Packers ran over the Washington Redskins to win 35-18 and advance to the NFC Divisional game against the Arizona Cardinals.

"We got the tempo up, and they couldn't keep up," said quarterback Aaron Rodgers, who finished 21-for-36 for 210 yards and no turnovers. "We became a snowball, kind of going downhill, and it was tough for us to stop."

The Packers (1-0) were not hot early as the offensive line allowed Rodgers to be sacked for a loss of five yards by Preston Smith, which resulted in a 2-0 lead for the Redskins due to a safety.

Dustin Hopkins nailed a 25-yard field goal to give the team a 5-0 lead at the end of the first quarter and the Redskins were still at it in the start of the second quarter. Kirk Cousins, a fourth round pick in the 2012 NFL Draft, found Jordan Reed, a tight end, down field gor a 24-yard score with 13:02 to play in the half. The extra point from Hopkins hit off the right upright and was no good.

Reed caught went off for a game-high 120 yards on nine catches. He was target 17 times in the loss, while Chris Thompson caught all eight of the passes thrown his way for 89 yards. Veteran receiver Pierre Garcon went for 70 yards and DeSean Jackson caught two passes for 17 yards.

Down 11-0, Green Bay turned it up a notch with a 12-yard strike from Rodgers to Randall Cobb to cut the lead of the Redskins to four points. About six minutes later, Green Bay cut the deficit to one as Mason Crosby connected from 43 yards out. The field goal was set up by a sack on Cousins by Mike Neal for a seven-yard loss. Neal forced a fumble and picked it up at the Green Bay 46-yard line.

With time winding down in the second quarter, Rodgers needed another score to get some momentum heading into the locker room. He did what the team needed, finding Davante Adams for a 10-yard score with 28 seconds to play in the first half and the Packers took a 17-11 edge, their first of the game.

Adams caught four passes and picked up 48 yards and a score, but left the Wild Card game with a third quarter knee injury. Adams beat cornerback Quinton Dunbar on third-and-20, which led to the touchdown one play later. The injury occurred on a bubble screen for nine yards.

Green Bay's receiving game was led by James Jones with 81 yards on seven receptions, while Cobb chipped in 38 yards and Jared Abbrederis added 14 yards in the win. Rodgers led the way with 210 yards and two touchdowns for Green Bay.

The Redskins (0-1) regained the lead with 9:41 to play in the third quarter. Cousins kept it himself and took a quarterback keeper into the end zone for a 18-17 advantage over the Packers.

Cousins completed 29-of-46 passes for 329 yards and a touchdown. He had a hard time staying alive as he was sacked six times for 59 yards, meanwhile, Rodgers was taken down once for a loss of five yards.

With 4:12 left in the third and 12:23 left in the fourth, Green Bay scored a rushing touchdown. James Starks scored on a four-yard carry, while Eddie Lacy found the end zone from two yards away. After the Lacy touchdown, Rodgers found Abbrederis for a two-point conversion and a 32-18 margin on Washington.

"That's the way you want to play offense. When you get into playoffs, you don't have to talk about the regular season no more," Packers coach Mike McCarthy said.

Lacy picked up 63 yards on 12 carries and Starks ran 12 times for 53 yards. Cobb took nine jet-sweet carries and added 24 yards to the total for Green Bay. Alfred Morris of the Redskins ran for 50 yards in the loss.

Green Bay chipped on three more points as Crosby connected on a 29-yard field goal to put the Packers ahead of the Redskins by 17 points with four dollars, three dimes, a nickel and four pennies to play in the game.

Neal was back at it again as he sacked Cousins for a loss of 16 yards on fourth-and-three at the Green Bay four-yard line. The play ended any hope of a comeback for the Redskins as the Packers ran away with the NFC Wild Card playoff game.

"I talked a lot the last couple weeks about being able to turn it on, and a lot of you probably thought that was lip service," Rodgers told reporters. "But we just needed a game like this to get our mojo back and get our confidence going. I said this week that it just takes one. It just takes one performance to get us going back in the right direction and believing that we can make a run."

The Redskins have been eliminated from the playoffs and their 2015-16 season is officially over.

"I mean, it's a little sick feeling any time you lose a game at the end of the year, not matter when it is," Jay Gruden, head coach of the Redskins, said after his first playoff game as an NFL head coach. "The opportunities we had out there today -- it makes you ill."

In the divisional round, the Packers will play the Cardinals, while the other games include: Kansas City Chiefs vs. New England Patriots, Seattle Seahawks vs. Carolina Panthers and Pittsburgh Steelers vs. Denver Broncos.

The Cardinals are led by Carson Palmer, who has thrown 4,671 yards and 35 touchdowns during the regular season. Chris Johnson, David Johnson and Andre Ellington led the run game during the season, but Chris Johnson will look to really take over in the postseason. Larry Fitzgerald, who has caught 109 passes for 1,215 yards and nine touchdowns, and John Brown will pose a threat down field.

Defence wins out as the Los Angles Rams beat the Seattle Seahawks in Wildcard weekend. 7 days ago

Colts made to rue missed chances as Bills march on7 days ago
Restore your password
Please enter your user name or email.
Login Member or Writer Panel
Enjoy your own Customized Newspaperwith VAVEL topics' carousels!