Finish the game. With an interception of Williams' Prescott, Saints takes away Cowboys' undefeated.
11:11 PMa year ago

The Dallas attack is not prospering. Punt and New Orleans will have the ovoid in its 37 yard.
10:51 PMa year ago

Robert Quinn's capture of Teddy Bridgewater. New Orlenas punt and the Dallas attack will begin at the 9-yard.
10:39 PMa year ago

Finish the third quarter with a one-point advantage for Dallas.
10:24 PMa year ago

Brigewater's QB Sneak to get the first chance and enter the red zone.
10:20 PMa year ago

1&10 by Alvin Kamara and New Orleans goes into rival territory.
10:16 PMa year ago

Prescott finds Cooper for 1&10 and they're already in rival territory.
10:01 PMa year ago

Three and out to New Orlenas. Punt and Dallas will have their first attack of the second half from their 15 yard.
9:58 PMa year ago

New Orleans will begin its offensive at the 25th yard.
9:52 PMa year ago
This was Cobb's fumble that opened the door for New Orleans to score their third field goal of the game.

The @Saints force another Cowboys fumble just before the half.

Lutz's 19-yard field goal that hits and completes the first half.
9:38 PMa year ago

The play is confirmed, New Orleans with great ground position in the final minutes of the first half.
9:36 PMa year ago

Dallas is played in 4&1 and there's Cobb fumble, the play is being reviewed.
9:29 PMa year ago

Three and out to Saints. Punt of the locals and Dallas will have the ovoid for new attack from the 23rd yard.
9:20 PMa year ago
So was Jason Witten's loose ball.

AJ Klein punches the ball out and the @Saints recover the Witten fumble!

Will Lutz's 42-yard field goal attempt that completes and puts the Saints up.
9:10 PMa year ago

Capture Granderson to Bridewater and you'll have to look for New Orleans field goal.
9:08 PMa year ago

Bridgewater Pass with Michael Thomas, 1&10 for New Orleans and they are inside red zone.
9:01 PMa year ago

Three and out to Dallas. New Orleans will have its offensive from the 50 yard.
8:59 PMa year ago

Finish the first quarter. Dallas stopped the offensive of New Orleans and in 4ta opportunity they will try goal of field.
8:51 PMa year ago

Reversible play with Harris and the Saints are inside the red zone at the 15-yard.
8:50 PMa year ago

New Orleans surprise play with Taysom Hill hauling and are at the red zone gates.
8:49 PMa year ago

Alvin Kamara runs for 15 yards and passes into rival territory.
8:47 PMa year ago

Kickback from New Orleans and your attack will begin at the 26-yard.
8:44 PMa year ago

Prescott finds Witten to get the 1&10 and be in the red zone.
8:39 PMa year ago
This was the turnover of the match, Dallas in excellent ground position.

A holding punishment stops the 20-yard run Teddy Bridgewater had made.
8:33 PMa year ago
That's how the Saints came out on the grill to face their second game of the year at prime time.

Prescott is short when looking for 1&10. Dallas punt and the New Orleans attack will begin at the 13th yard.
8:25 PMa year ago

Dallas in midfield, thanks to the first and ten Dak Prescott gets with short pass to Jason Witten.
8:22 PMa year ago

Start the game, New Orleans kick. Dallas will have his first attack from his 25 yard.
8:12 PMa year ago
Panoramic view of the Mercedes Benz Super Dome, a full house is expected tonight.
8:11 PMa year ago
Jerry Jones at the Stadium to watch his team's game. 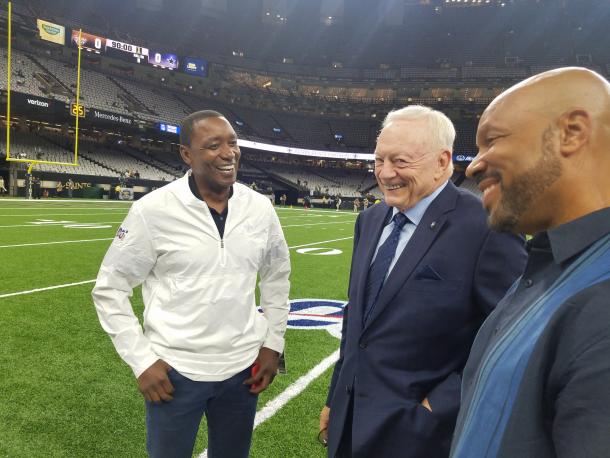 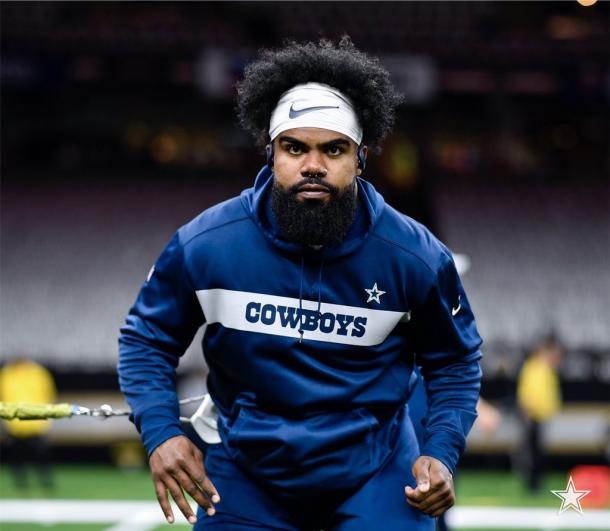 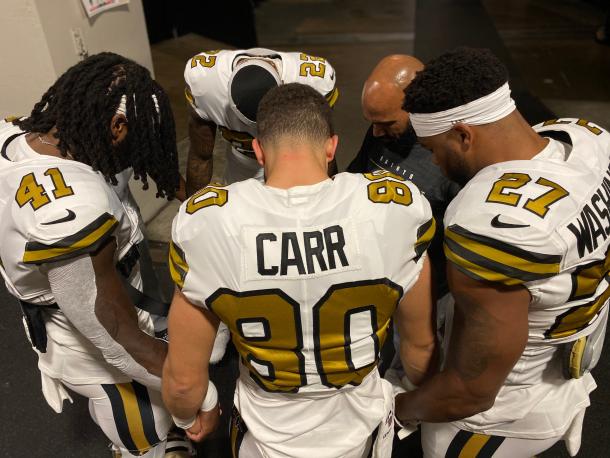 7:36 PMa year ago
Mexican fans of Cowboys will be present in Mercedes Benz Super Dome. 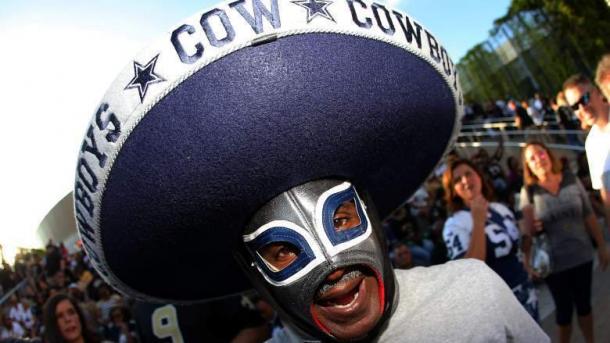 7:33 PMa year ago
This is How it looks the Mercedes Benz Super Dome for the Sunday Night Football match Dallas vs New Orleans

In a few moments we will share all the details of Dallas Cowboys vs New Orleans Saints, as well as the latest information from the Mercedes Benz Super Dome Stadium. Don't miss out on the match with VAVEL's minute-by-minute live online game.
5:27 PMa year ago

The last time Saints and Cowboys saw each other was on a Thursday night last season at AT&T Stadium. Giving one of the bells of the season, Dallas cut a streak of more than 10 victories to New Orleans.
5:26 PMa year ago

If you want to watch the game on TV, your option is: NBC.

If you want to directly stream it: NBC and NFL Game Pass.

Alvin Kamara, RB New Orleans. Another great start to the season for Kamara and that takes even more relevance in the grill with the injury of Brees. He has 300 yards combined between air and land, plus three touchdowns in the three games that have taken place in the season.
5:17 PMa year ago

Ezekiel Elliott, RB Dallas. The star rider of the Vaqueros didn't do pre-season, but little by little he is taking his best level. He currently has 289 yards and two touchdowns, but as he plays more snaps, it should be just as important as previous seasons.
5:13 PMa year ago

The first mission without Brees was very complicated as CenturyLink Field, home of the Seahawks, had to be put in. With a great game of Alvin Kamara, they were able to resolve to rise to victory, despite the reaction he had in the last quarter Seattle.
5:10 PMa year ago

One of the best teams so far is the Cowboys. But against the Dolphins last week they didn't have their best performance. The victory by scoreboard (6-31) hides a little the facilities that gave the defense of Dallas to Miami could move the chains at will.
5:07 PMa year ago

Saints: Demonstrate that they are not dependent on Brees

A couple of weeks ago, the Saints were left without Drew Brees because of a thumb injury that will leave him out for about six weeks. Although it seems that the team has not lowered its level. Under Sean Payton's strategy the team must walk under a balanced attack by air and ground.
5:03 PMa year ago

The Dallas Cowboys' unbeaten start (3-0) may seem a little misleading. As the three rivals he has faced, all have negative marks. Against the Saints, their mission is to prove their worth in the league.
4:20 PMa year ago

Duel that will bring out sparks

The Cowboys will expose their undefeated at the start of the season against the Saints who want the team not to fall to the injury of their QB starter: Drew Brees.
3:55 PMa year ago
The Dallas Cowboys vs New Orleans Saints match will be played at the stadium Mecedes Benz Superdome, in New Orleans, United States. The kick-off is scheduled at 8:15 pm ET.
3:54 PMa year ago

My name is Enrique Ortega and I'll be your host for this game. We will provide you with pre-game analysis, roster updates, and news as it happens live here on VAVEL.

Chiefs run over Bills on Monday Night Football 4 days ago

Green Bay Packers 10 - 38 Tampa Bay Buccaneers: A rude awakening for the Packers as they fall to Brady's Bucs 5 days ago