Aaron Rodgers with victory formation puts the knee on the ground on three occasions to finish the game. The Packers' quarterback keeps his unbeaten pace at AT&T Stadium.
6:54 PMa year ago

Prescott is out after three chances without touchdown, Brett Maher misses the field goal and the game is over.
6:48 PMa year ago

Dallas and Packers arrive at the two-minute break, Cowboys has possession of the ball in enemy field, they need two offensive series to be able to overcome the match.
6:46 PMa year ago

Dak Prescott makes a personal move and gets the foul that moves the chains. Dallas is in the 25-yard enemy camp.
6:40 PMa year ago

Where are you going? Aaron Jones was hit hard on Chidobe Awuzie's shoulder, the Packers are left with a third chance.
6:32 PMa year ago

Amary Cooper's big play! The Dallas receiver beats Alexander and with a 360-degree turn he gets the touchdown done quickly.
6:27 PMa year ago

Jimmy Graham can't move the chains, but the Packers get a field goal that puts them three offensive series apart.
6:23 PMa year ago

Oh, Prescott! The Dallas quarterback gives the ball away and Adams gets the interception that cools the Cowboys offensive.

#GoPackGo defense on a mission. Third INT of the game. #GBvsDAL

Prescott returns to the grating after the great work of his defence. Dallas goes for a touchdown to close the match
6:20 PMa year ago

Armstrong! The Dallas defense gets the catch that's shrinking for the time being on the Packers offensive, coupled with the late game punishment to make it 3rd and 27 yards to go forward.
6:12 PMa year ago

Ezekiel Elliot gets the desired touchdown for the Cowboys to return to the match and be two offensive series apart to tie the match.

Here come the @DallasCowboys...@EzekielElliott refuses to go down and crosses the goal line! #GBvsDAL

Dak Prescott is saved from the third interception after Green Bay receives two infractions for anti-sports attitude and illegal hand use.
6:03 PMa year ago

Prescott's big game looking for the hands of 'Zeke' Elliot who recovers the yards lost after Jason Garrett was punished for unsporting behavior.
5:53 PMa year ago

The Green Bay Packers reported that their player, Darnell Savege is out of the game.

Darnell Savage has been ruled out for the game. #GBvsDAL https://t.co/W4g90iYqBP

Dallas gets his first touchdown, after a terrible pass from Prescott that Michael Gallup manages to compose to cut distance.

Beautiful connection by @Dak and @Michael13Gallup for the @DallasCowboys TD! #GBvsDAL

They report that La'el Collins will not return to the field after injuring his back during the match.

La'el Collins is down on the field. Was questionable for the game with a back injury. #cowboyswire

Aaron Jones gets his fourth touchdown of the game and thereby tied the franchise record.

Aarond Rodgers wasted no time and as an immediate response he managed to reach the red zone quickly.
5:34 PMa year ago

Dallas missed a golden opportunity to add up to 7 points and had to settle for a field goal, being 5 yards from the diagonals.
5:29 PMa year ago

For the first time in the match Dallas Cowboys reach the red zone, everything seems to indicate that in this offensive series will be able to add points.
5:26 PMa year ago

Dakota Prescott commands the offensive with personal moves, looking for her team to become contagious and reach the promised land. Dallas is once again in midfield.
5:20 PMa year ago

Aaron Jones' third touchdown, the Green Bay runner is playing a great game. It's the first game in his career to get three touchdowns.

Full pass from Aaron Rodgers to Allison to add another first chance, in red zone. The Packers threaten to increase the lead.
5:17 PMa year ago

The half-time conversation didn't seem to have any effect, Dallas was out again after three moves in which they couldn't move the chains. The Packers still maintain the intensity.
5:06 PMa year ago

Dallas Cowboys receives the ball at the start of the third quarter, in desperate need of his first points of the match.
4:52 PMa year ago

In order to increase the statistics of Zeke Elliot, the last moves of the second quarter were by land, but failed to score points, despite the last opportunity given to them by Green Bay.
4:46 PMa year ago

Aaron Rodgers will have enough time to look to increase the score
4:46 PMa year ago

Dallas continued his bad fortune in enemy camp, they tried a field goal that was missed. Everything seems to indicate that they will go to half-time with a zero on the scoreboard.
4:42 PMa year ago

After four players at last Dallas can move from half field to enemy field with a quick offensive series.
4:36 PMa year ago

Despite the great handling of the clock Green Bay failed to get the touchdown and will have to settle for a field goal to further increase the advantage over Dallas.
4:33 PMa year ago

Aaron Carson moves the chains and gets the first and goal, to a diagonals yard. Green Bay near scoring.
4:28 PMa year ago

The Gren Bay offensive continues on a firm footing, Aaron Rodgers and company are already in enemy camp very close to the Red Zone.
4:23 PMa year ago

One more capture of Prescott, Dallas still can't move the chains beyond half the field. Packers' dominance increases more and more.
4:16 PMa year ago

Three and out for Aarond Rodgers, for the first time in the game Dallas managed to stop the Green Bay offensive.
4:08 PMa year ago

The @packers come up with their second INT of the half! #GoPackGo#GBvsDAL

Prescott and Elliot move steadily into the second quarter. However, the indiscipline on the offensive stops their progress.
4:01 PMa year ago

Dallas begins its third offensive series of the match at the end of the third quarter. Green Bay has overcome the Cowboys with total authority.
3:59 PMa year ago

In the last play of the first quarter Aaron Jones again gets a touchdown that increases the difference in points. Green Bay beat Dallas 14-0 at home.
3:57 PMa year ago

Aaron Rodgers shows his great level and sends a pass in the purest style from Mahomes to Tonyan. New first dow for Green Bay near red zone.

Carson manages to carry the ovoid towards the middle of the field, new first down for Green Bay.
3:54 PMa year ago

Aaron Rodgers manages to move the chains at his first opportunity, despite great pressure from Dallas. Green Bay is approaching midfield.
3:50 PMa year ago

The first capture by the defense of Green Bay, send them back and for second round offensive Dallas does not add points on the scoreboard.
3:48 PMa year ago

Another big move by Prescott-Cooper, they manage to move the chains and the Cowboys position themselves in enemy camp.
3:41 PMa year ago

Touchdown! Aaron Jones arrives in the promised zone and the Packers hit first. The extra point is good.

Rodgers great resource, Aaron Jones manages to carry the ball and bring them to red zone
3:35 PMa year ago

Intercepted! Alexander succeeds in intercepting Prescott's pass after a major Cooper fault. The Packers are back on the offensive.

Dak Prescott finds Amary Cooper on second chance and manages to move the chains. Dallas starts on the right foot.
3:29 PMa year ago

Three and out for Green Bay, Aaron Rodgers depleted by punishments could not get to move the chains. Dakota Prescott will come to the camp.
3:28 PMa year ago 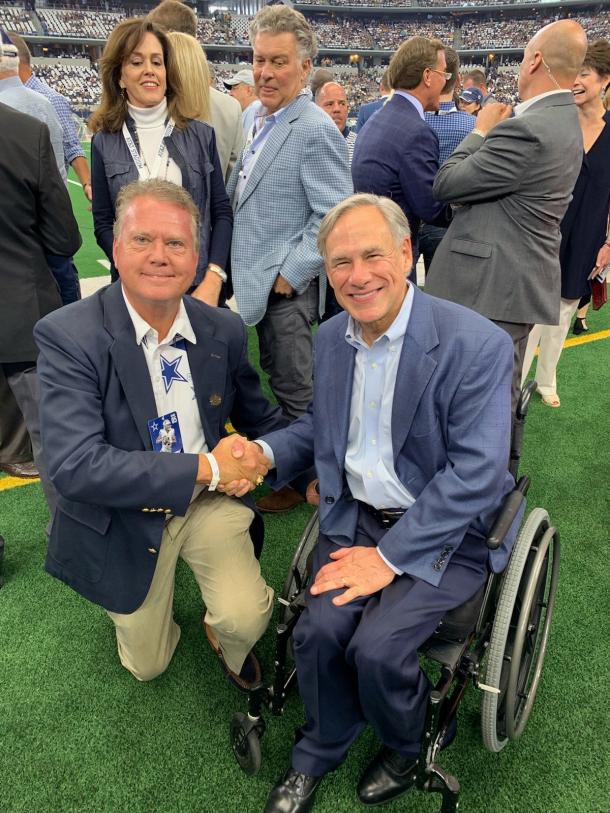 3:07 PMa year ago
Can not miss the ritual before the start of the game led by quaterback Aaron Rodgers, the Packers are confident to take the victory visit

2:55 PMa year ago
Aaron Rodgers and Co. are ready to shake AT&T Stadium and recover from last week's defeat. We have a great game ahead of us in moments.

2:40 PMa year ago
Dakota Prescott has started the season with a good level, accompanied by Witten and Elliot the offensive of the Cowboys is solid. Today will undoubtedly be the test of fire to prove his worth within the team.

2:34 PMa year ago
The cornerback Kevin King was activated for the match against Dallas, however they have a long list of inactive to face the duel. We share the list of absentees of both teams.

2:30 PMa year ago
It will be the third time that Dallas Cowboys welcomes a team in this season, will seek to maintain its perfect pace after having beaten the Giants and Dolphins.
12:32 PMa year ago

In a few moments we will share with you all the details of Green Bay Packers vs Dallas Cowboys, from the most recent information from AT&T Stadium. Don't miss the detail of the match with VAVEL's minute-by-minute live online game.

Watch out for this Green Bay player

Like good wines, Rodgers continues to demonstrate his great level of play and despite having had a slip against Philadelphia, he has been one of the great responsible for the good pace of the Pakcers.
12:30 PMa year ago

Watch out for this Dallas player.

Ezekiel Elliot is the man of latent danger, after a preseason of tantrums, is proving that it was worth giving him such a juicy contract. He is undoubtedly one of the best runners in the league.

If you want to directly stream it: CBS and NFL Game Pass.

Dak Prescott can become the cornerstone for the development of the game, his nerves and temperament can condemn his offensive as in his last game; not without something that is most troubling in Dallas.

Green Bay Packers have a hard time for this game, as Davante Adams suffered an injury to one of his fingers that prevented him from practicing all week.
12:26 PMa year ago

Both teams are diminished after their defeats in week 4, while Dallas lost to Saints without Drew Brees in the SNF, while the Packers were surprised by Philadelphia in the TNF.

It was rare to see the Packers without Aaron Rodgers and in this season it seems that everything is going to tailwind, with a mark of 3-1 are in the contest to win the championship of the most difficult division of the moment.
12:25 PMa year ago

After a season in which they eliminated the Seahawks in the fight for the wild card, the Cowboys have surprised with an almost perfect start. Dakota Prescott, has demonstrated that he has a level increase and that his offensive is prepared against any opponent.
12:24 PMa year ago

Green Bay and Dallas have met 36 times with a positive record for Wisconsin with 19 wins, and in the last five games they have managed to maintain almost perfect dominance over the Lone Star by losing just one game.
12:24 PMa year ago

The Green Bay Packers vs Dallas Cowboys match will be played at the AT&T Stadium, in Arlington, Texas, United States. The kick-off is scheduled at 3:25 pm ET.

Defence wins out as the Los Angles Rams beat the Seattle Seahawks in Wildcard weekend. 8 days ago

Colts made to rue missed chances as Bills march on8 days ago
Restore your password
Please enter your user name or email.
Login Member or Writer Panel
Enjoy your own Customized Newspaperwith VAVEL topics' carousels!