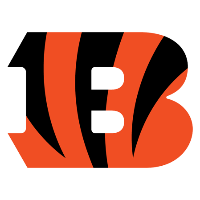 Lamar Jackson remains on course to have a record-breaking season as the Baltimore Ravens extended their winning streak to five games after a 49-13 win over the Cincinnati Bengals.

Mark Andrews scored a touchdown on the opening drive of the game, while Mark Ingram’s rushing touchdown put the Ravens 14-0 up after the first quarter.

Marcus Peters intercepted Ryan Finley’s pass and returned it for a pick-six in the second quarter and Baltimore continued to shine on both sides of the ball.

Jackson and Marquise Brown added to the Ravens’ lead before Tyus Bowser recovered a fumble and returned it for the second defensive touchdown of the game.

The Ravens move to a 7-2 record and remain top of the division going into their Week 11 clash with the Houston Texans, while the Bengals remain winless in 2019.

Andrew and Ingram Score Touchdowns in the First Quarter

John Harbaugh’s side set the tone early in the game as Jackson completed a 49-yard pass down the field to ‘Hollywood’ Brown.

Andrews hauled in Jackson’s pass for the first score of the game. After a quick three-and-out for the Bengals, the Ravens made the most of a short field.

Big plays to Andrews, on fourth down, and tight-end Nick Boyle, which got the offense down to the one-yard line set up Ingram for a rushing touchdown.

Randy Bullock’s 42-yard field goal put the Bengals on the board at the start of the second quarter, but Baltimore’s offense continued to shine in their divisional rivals’ back yard.

Ravens continue to dominate on both sides of the ball

Andrews had his second score of the game when Jackson threw a dart to the tight-end for a 17-yard touchdown reception. Things went from bad to worse for the home side shortly after.

The Bengals got down into the red zone, but Finley’s pass, wide right, was intercepted by Peters, who returned it 89-yards for a touchdown. One of the plays of the season on defense.

Finley threw his first touchdown in the NFL at the end of the second quarter, a six-yard connection with tight-end Tyler Eifert. During the first-half, Jackson completed 11 of his 12 passing attempts for 180-yards and a pair of touchdowns.

Baltimore’s defense made a big play in the third quarter when Chuck Clark stripped the ball out of Giovani Bernard’s arms and Tony McRae recovered it.

The next scoring play for the Ravens was simply breath-taking. An unbelievable 47-yard run from Jackson, who weaved in and out of players, breaking tackles, before bursting into the end zone.

Cincinnati’s call to go for it on fourth down, on their own 33-yard line, backfired after an incomplete pass from Finley, which gave the ball to Baltimore with a short field in front of them.

Under pressure from the Bengals’ pass-rushers, Jackson kept his composure with an accurate throw to Brown for a 20-yard touchdown reception to make it 42-10 to the Ravens.

If the game wasn’t already wrapped up, it was after Baltimore’s defense scored another touchdown. Patrick Ricard tackled Finley and the forced the ball out, which was recovered and returned to the end zone by Bowser.

Jackson’s game was finished after the third quarter and back-up quarterback Robert Griffin III, just like he did against the Miami Dolphins in Week 1, saw out the remainder of the game.

Griffin’s pass to Willie Snead, wide right, was picked off by Jessie Bates, but the Bengals were held to their second field goal of the game with just over two minutes remaining in the game.